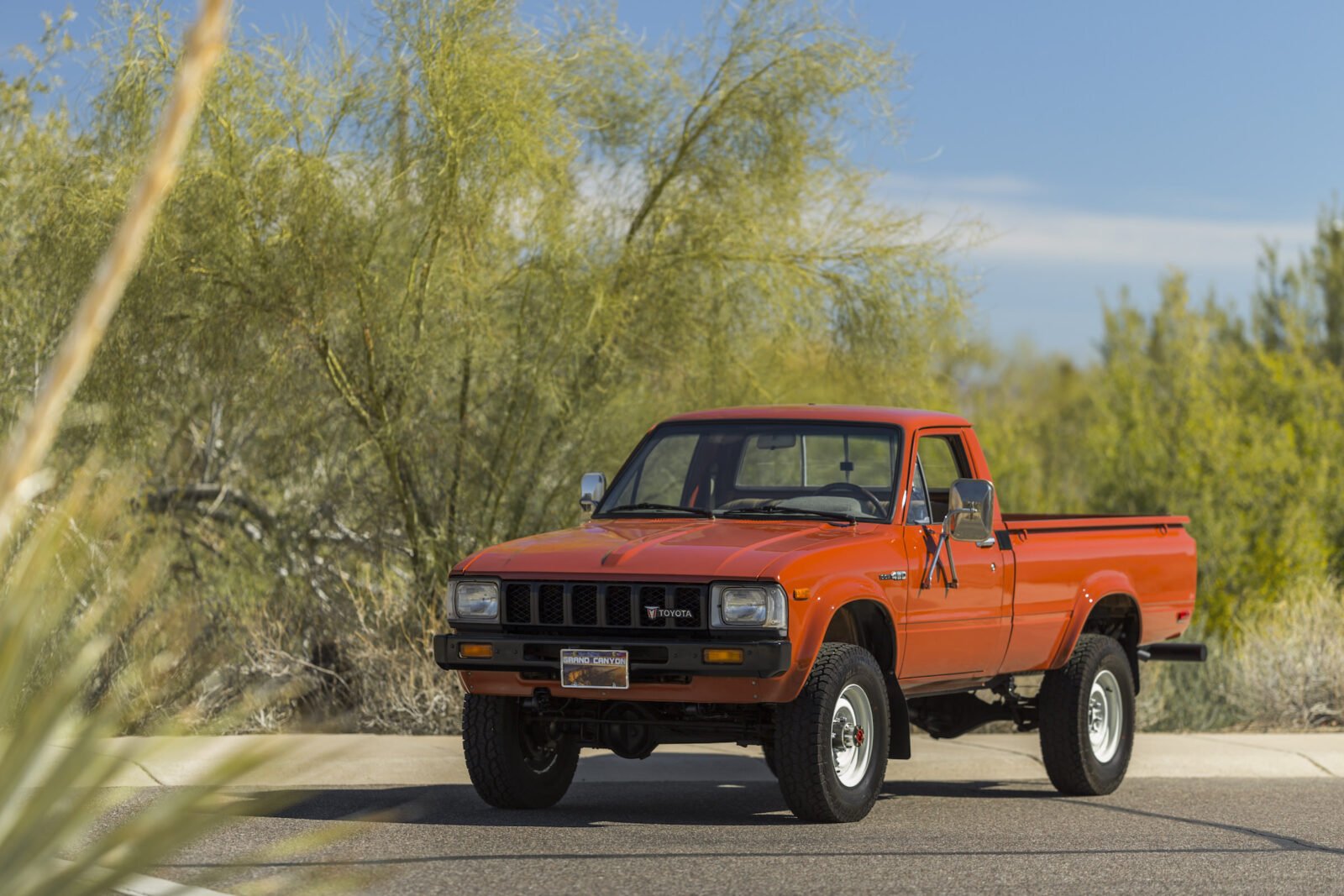 The Toyota Pickup Truck (known also as the Hilux in many world markets) is respected as one of the toughest 4x4s of its era – they’ve been to the Arctic and Antarctic, and survived all manner of abuse at the hands of Jeremy Clarkson.

Although we now associate the Hilux with Toyota, the model has its roots in the Briska line of small pick-ups made by Japanese company Hino starting in 1961.

It’s the fourth generation version of the Toyota Pickup Truck that most people picture in their minds when talking about the model, many of us grew up either in or around them, and many bought them secondhand as a first car.

The first generation began production in 1968, built by Hino Motors in Tokyo. The short wheelbase model had the internal designation “RN10”, and over the course of its 1968 to 1972 production run it was offered with a variety of wheelbases and engines – the latter ranging from 76 hp 1.5 litre units up to 2.0 litre units with 109 hp. 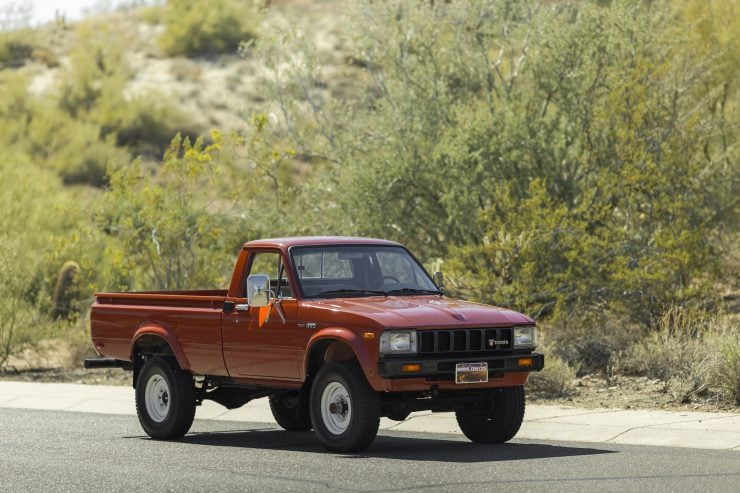 The second generation appeared in 1972, it kept the quad-headlights of its predecessor, the largest engine was a 2.2 litre unit, and the interior was significantly revised to offer a little more comfort. In the US market the name “Hilux” would be phased out in favor of “Truck” or “Pickup Truck”, though the majority of world markets would keep the original name.

It was the third generation of the model that really set the standard for the design language going forward, and even modern versions share a clear link to it. The quad headlights were replaced by single headlights on either side, and the overall design was cleaner and simpler. This would be the first Hilux to offer 4WD, and it could be ordered in either 2-door or 4-door variants.

The toughness, relative cheapness, and reliability of the Toyota Pickup Truck had already established its reputation by the time the third generation was replaced by the fourth generation model in 1984. Today there are collector communities around the world dedicated to preserving these early trucks, and countless forums and websites to get advice, order parts, and arrange meet ups. 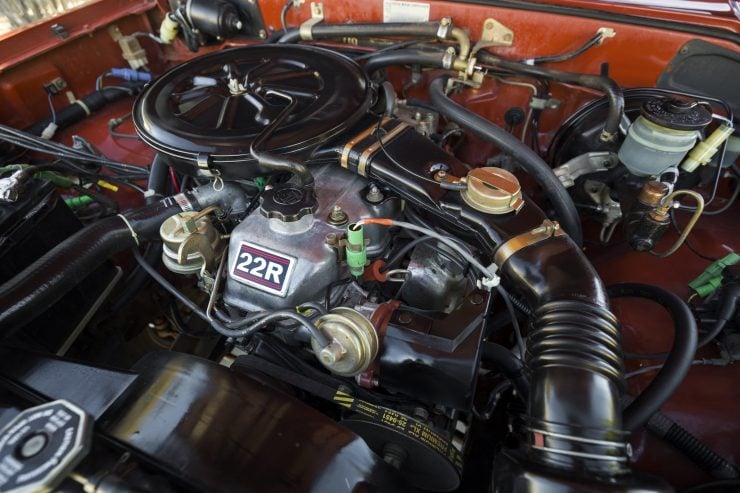 The Pickup Truck you see here is one of the cleanest survivors we’ve come across in recent memory, it was originally a gift to the Flagstaff Coconino Country Sheriffs Search and Rescue Department in Arizona by Toyota, to celebrate their 25th year of truck building.

It remained with its original owner until 2017, and still has its original owners manual and sticker from the dealer who delivered it. Under the hood you’ll find its factory-fitted 22R 4-cylinder 2.4 litre engine, which is connected to a 5-speed transmission offering real highway usability.

The odometer reads 60,447 original miles – very low for a truck of this vintage, and the pristine overall presentation will make it a major attraction for the burgeoning ranks of vintage Japanese car collectors.

If you’d like to read more about this Pickup Truck or register to bid, you can click here to visit the listing on Mecum. 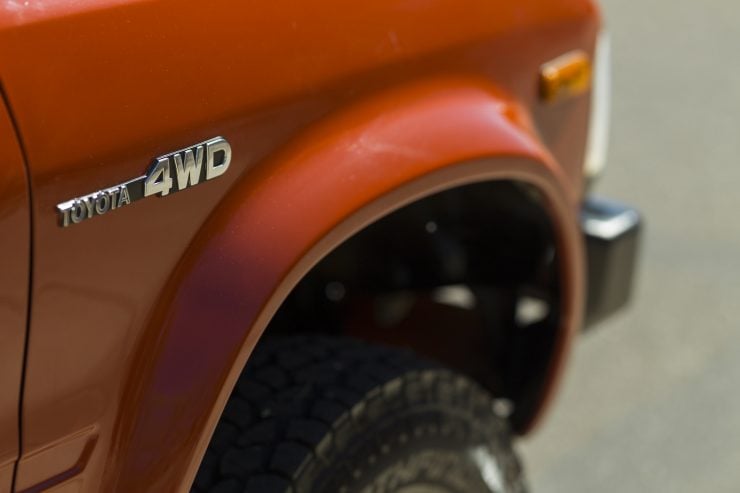 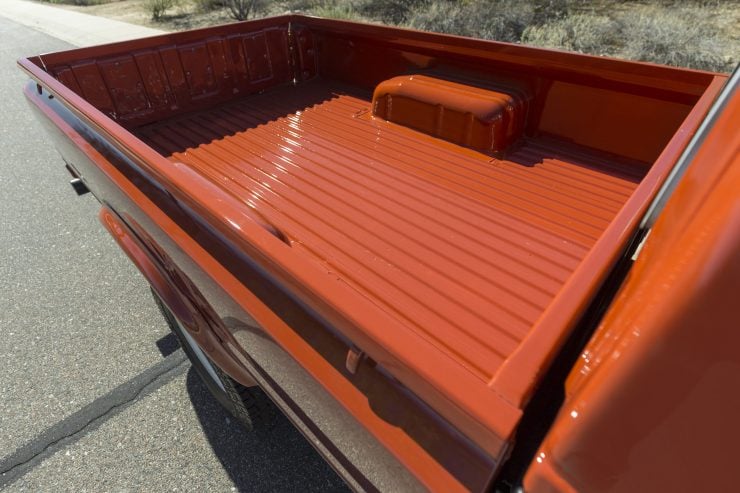 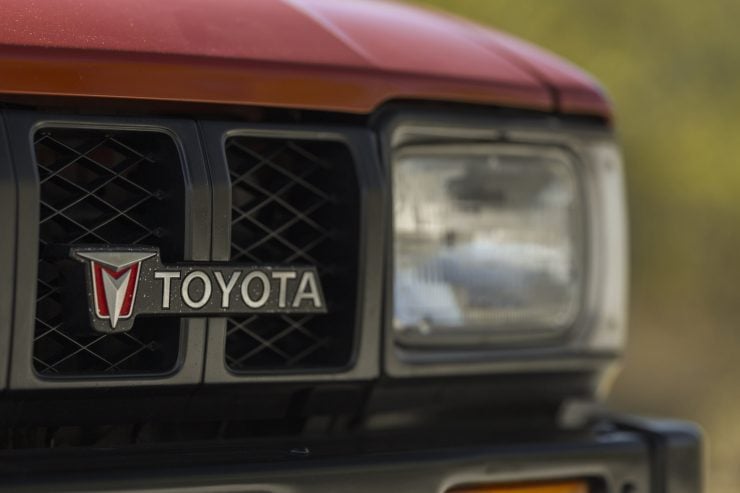 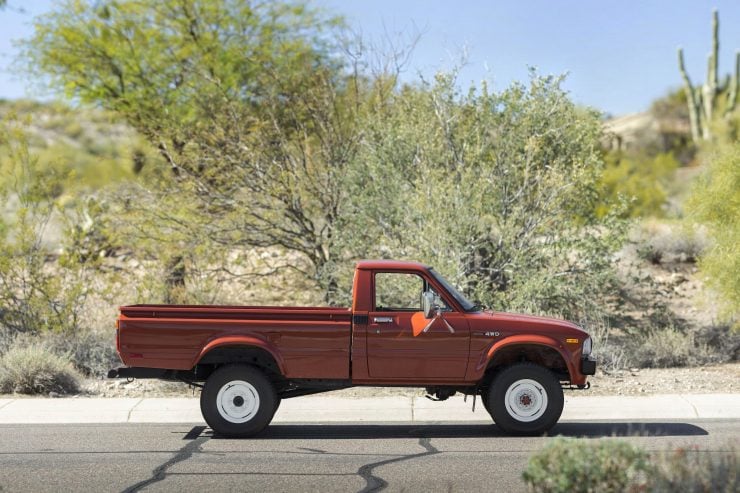 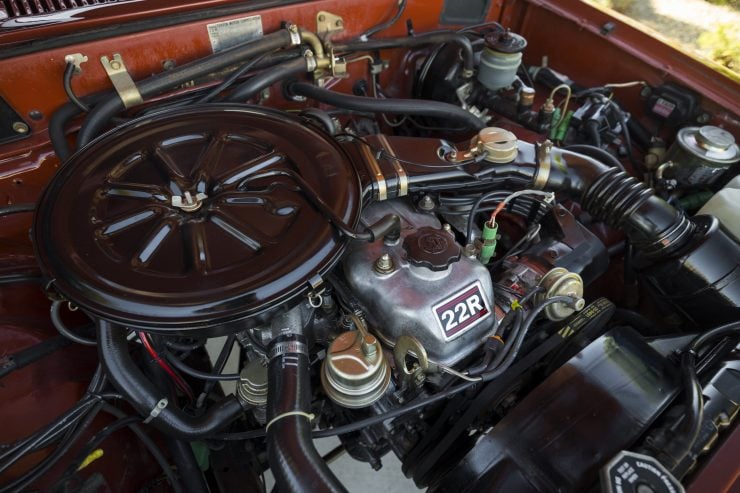 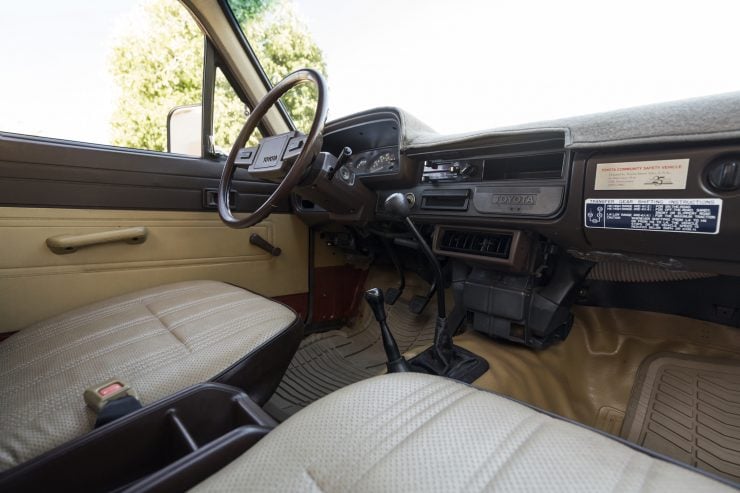 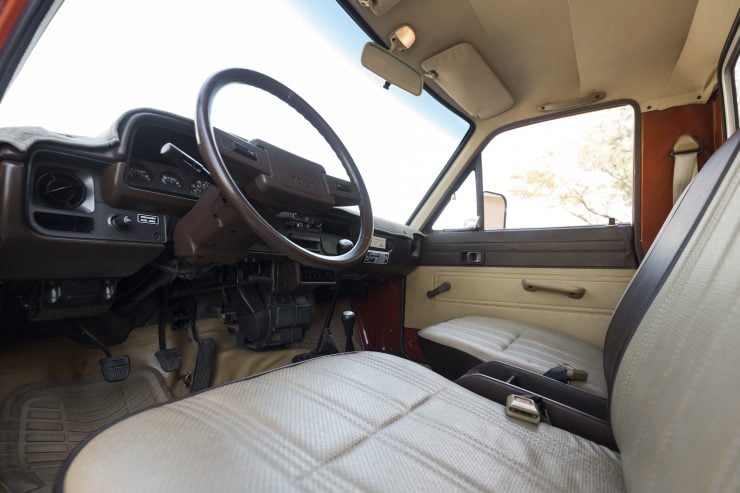 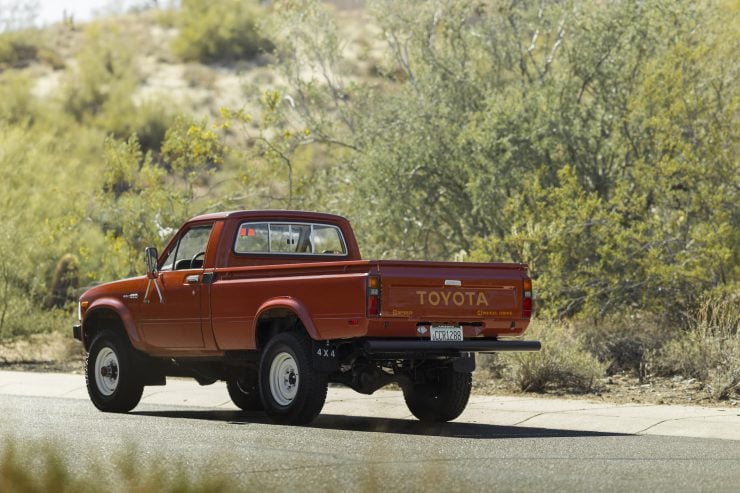 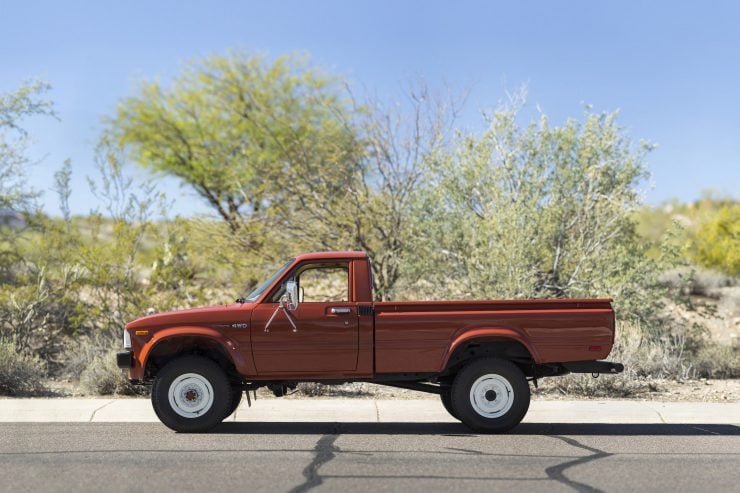 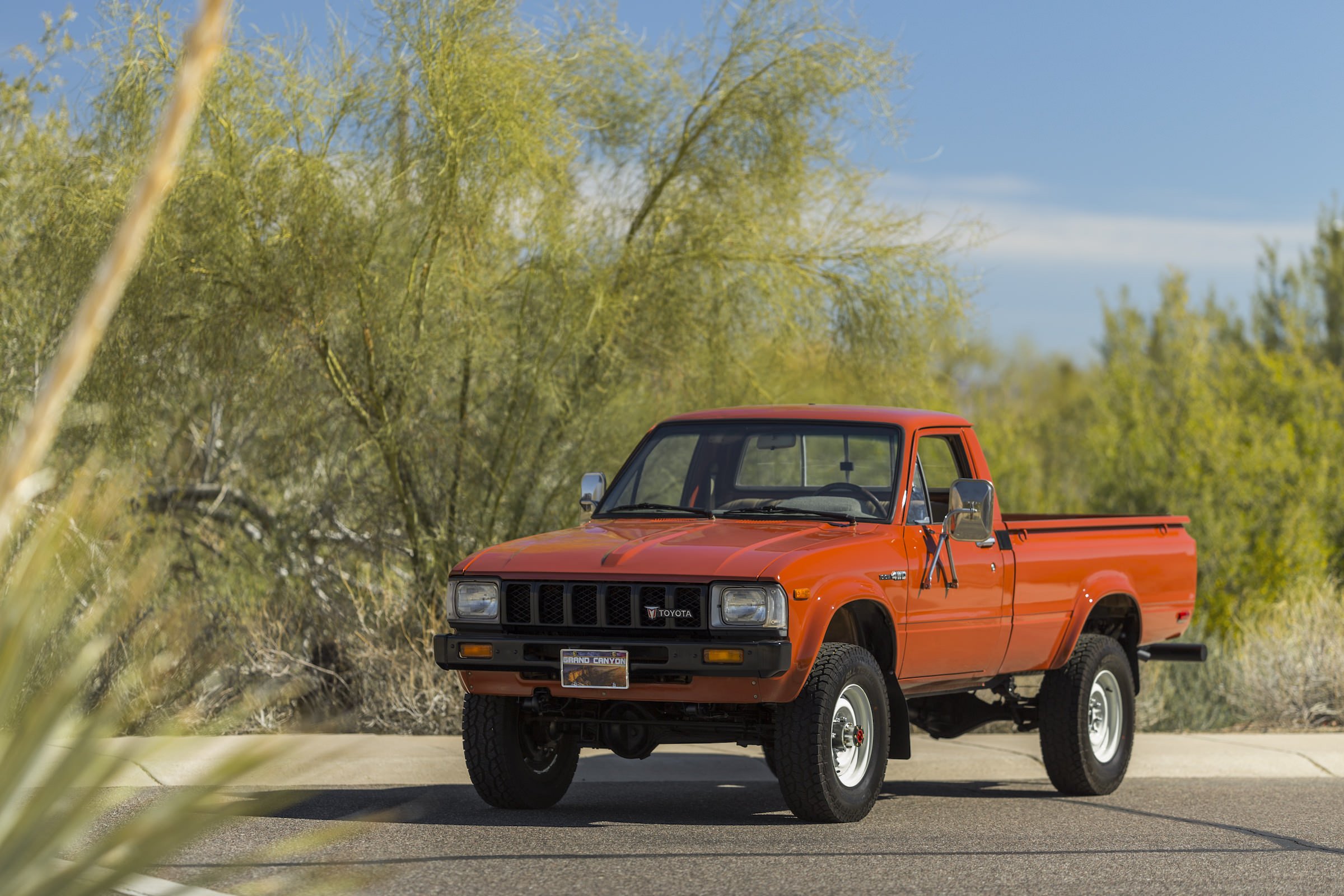