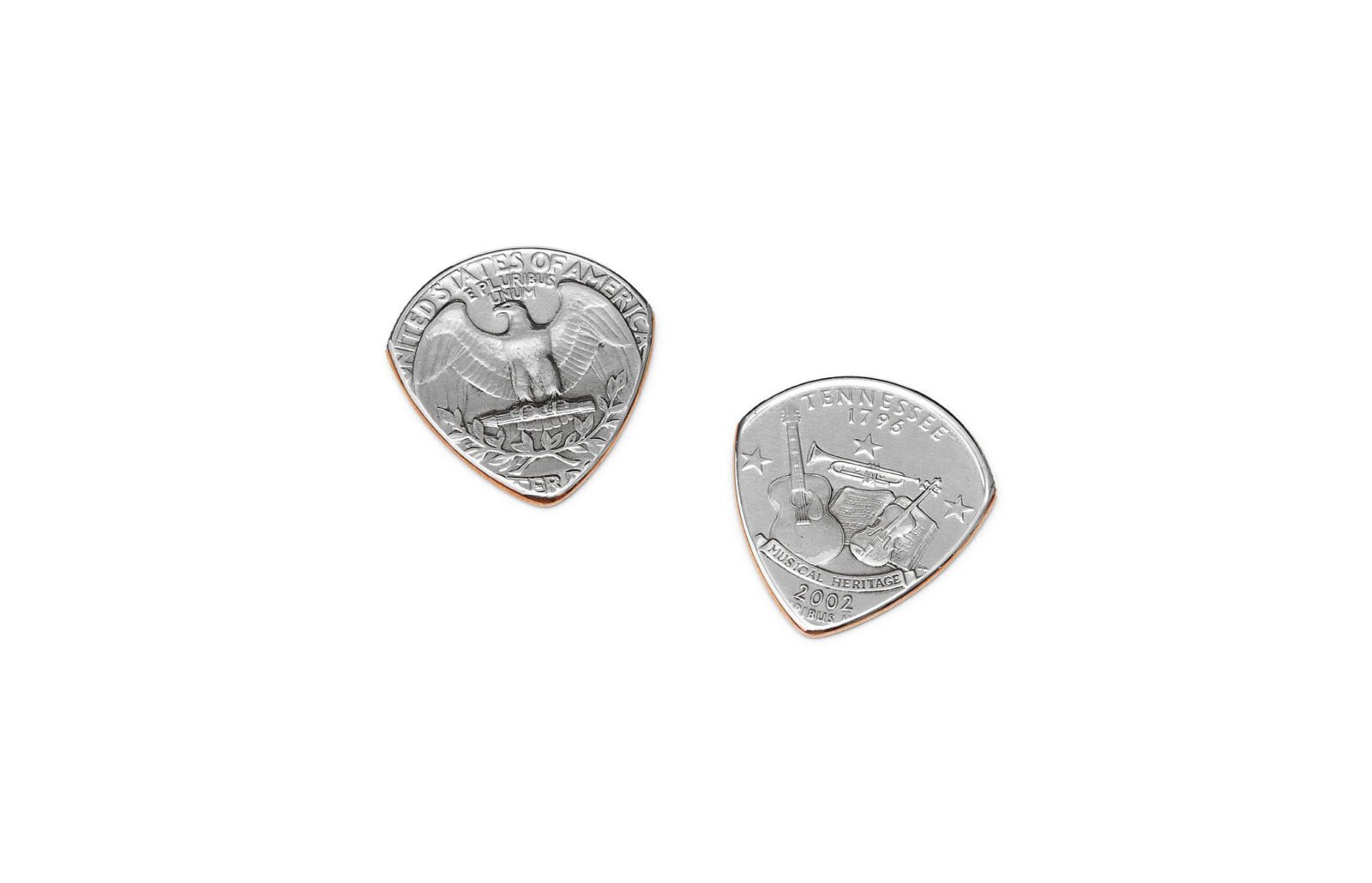 These coin guitar picks are made by Stephanie and Dustin Headrick at their workshop in Nashville. Stringed instrument musicians have been using metal and coin-based picks for over 100 years due to the unusual sound they produce – often described as bright, sharp, or tinny.

Stephanie and Dustin realized that silver quarters, half-dollars, and quarters made excellent guitar picks if they were reshaped correctly. Each edge needs to be tapered down to a soft point, and the cut sections need to be carefully honed to produce a curved edge that won’t catch on the strings.

This series of coin guitar picks are made using dollar coins or quarters (you choose which you want at checkout), and they come in sets of two. Each set is 100% made in the USA, and no two are quite the same thanks to the natural wear the coins experienced back when they were in general circulation. 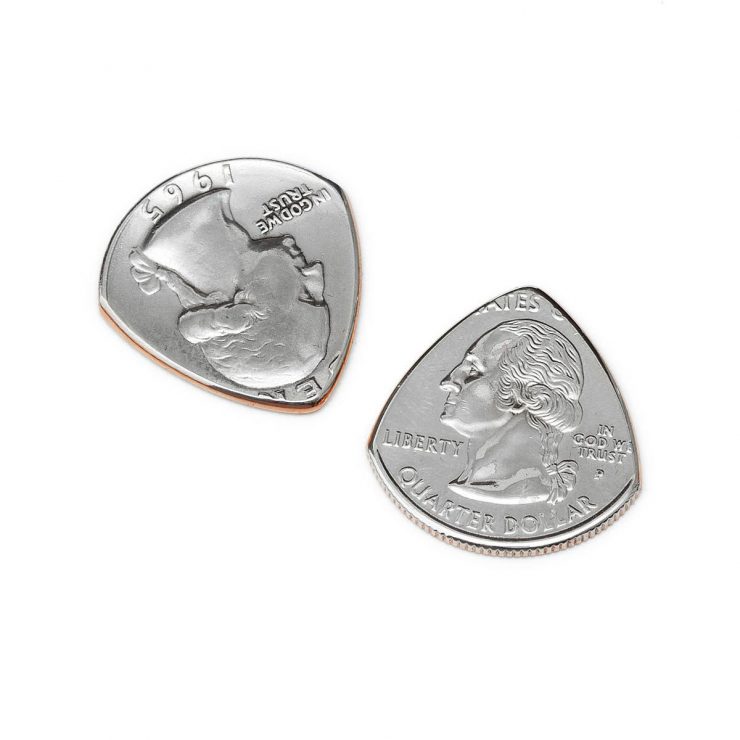 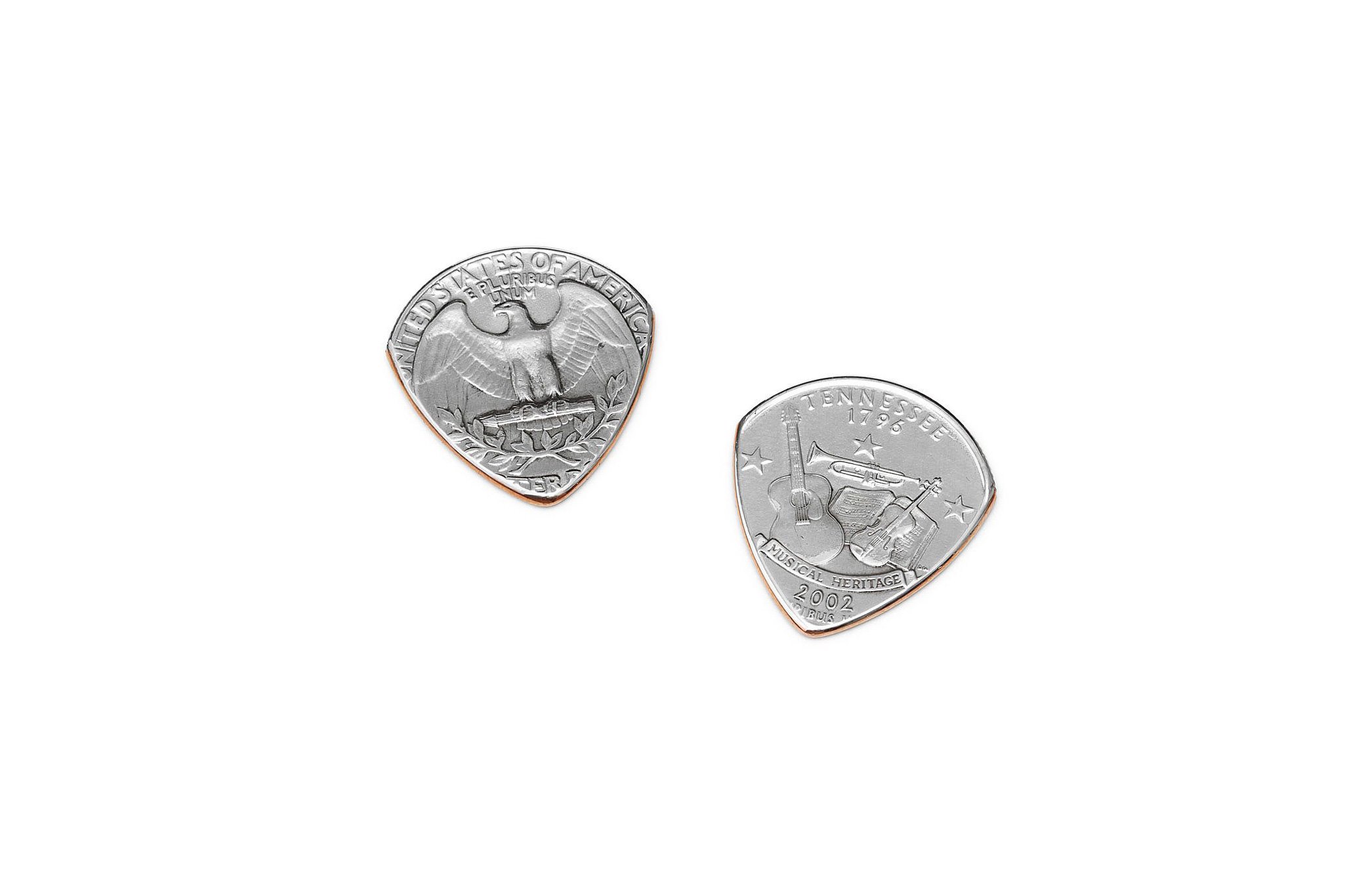