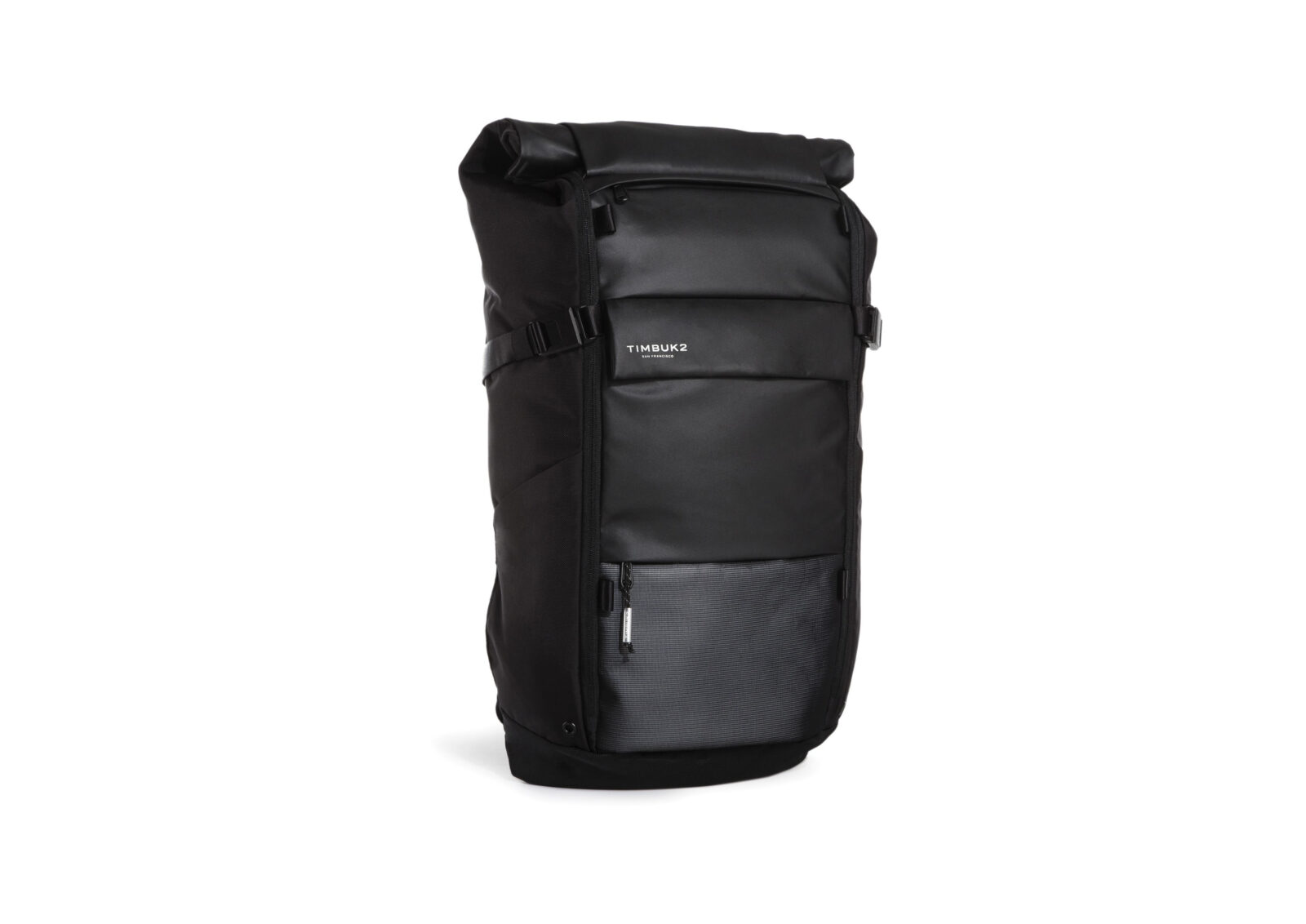 The Timbuk2 Clark Pack was designed specifically for those who spend time out exposed to the elements on the road – primarily motorcyclists and cyclists. It has a tough Cordura nylon outer shell and a large woven mesh reflective panel to significantly boost visibility when on the road at night.

The team at Timbuk2 made a point of minimizing anything that could flap in the wind, so the Clark Pack has a roll down top with a double velcro flap closure. To keep you cool it has an Airmesh back panel, and there are dual side pockets, quick access pockets on front, a quick side access zipper on the side for laptop access, and an internal laptop sleeve (up to 15”) with hook and loop flap.

For securing the bag to your body there are two padded shoulder straps, and removable waist and sternum straps for extra stability at speed. There’s also a removable rain-fly for extra weather protection during downpours, and the bag has an overall capacity of 42 litres. 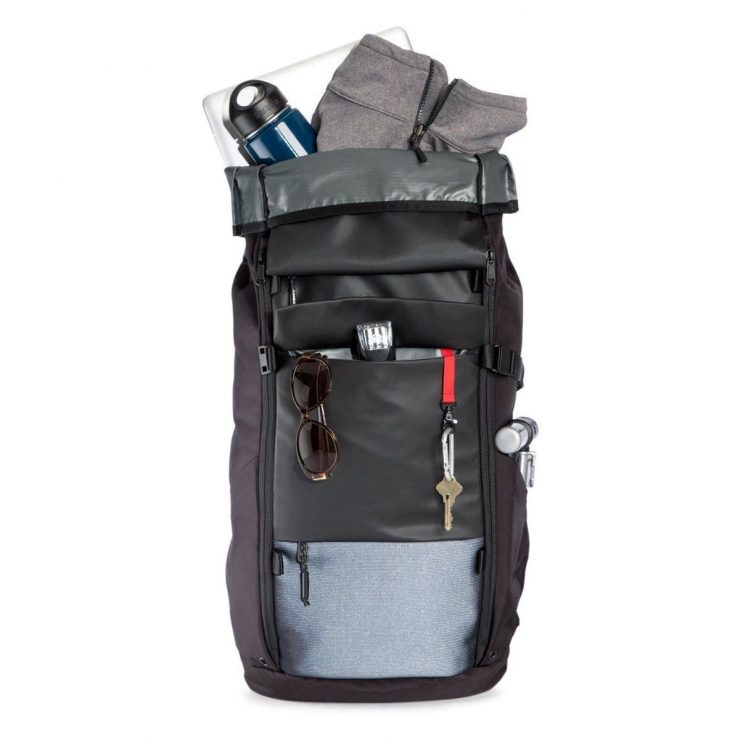 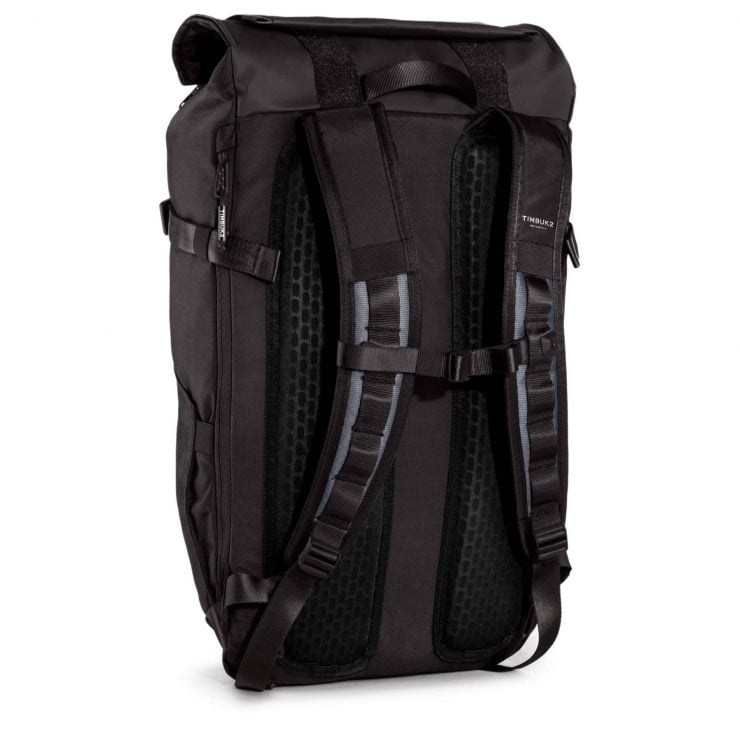 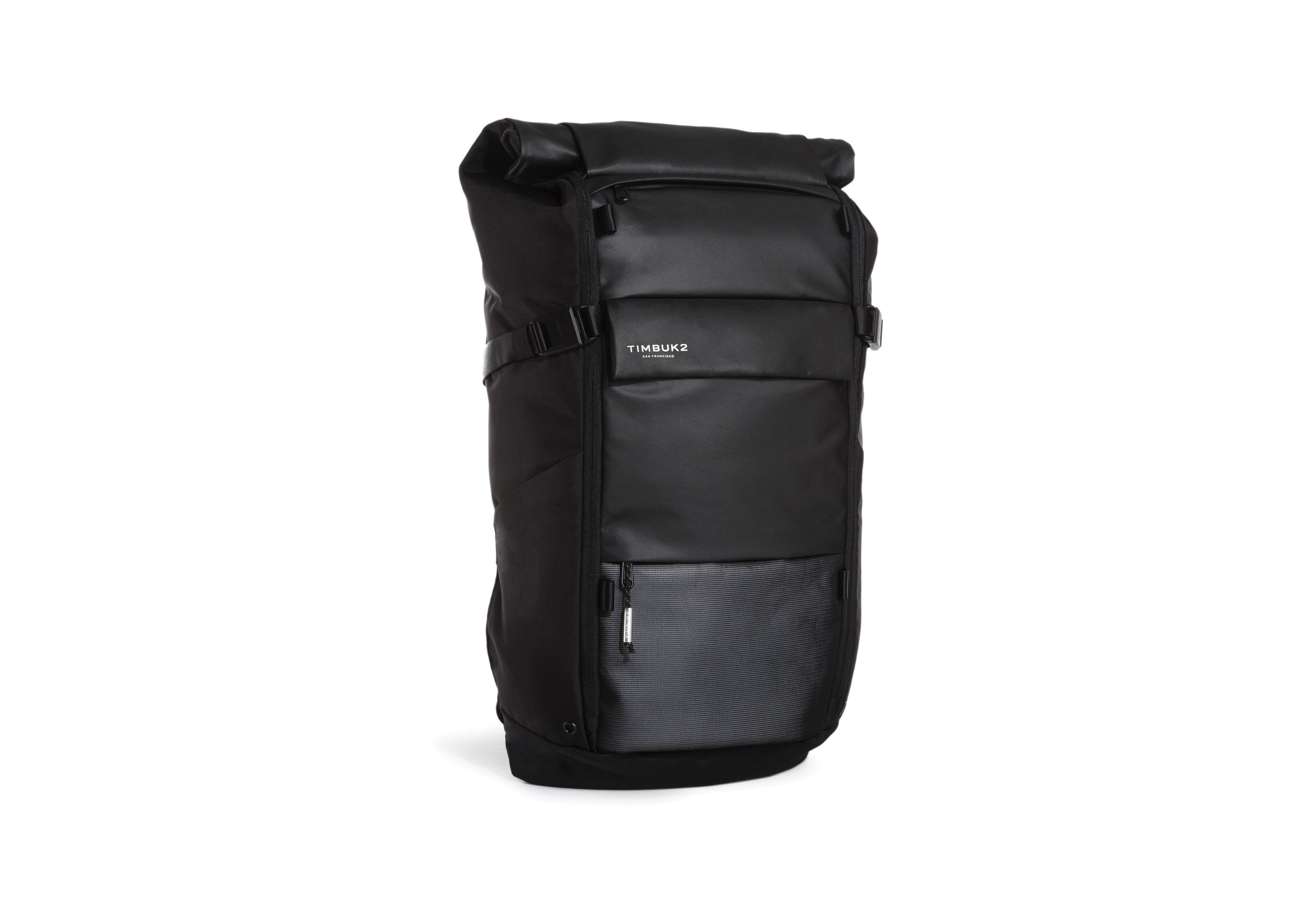