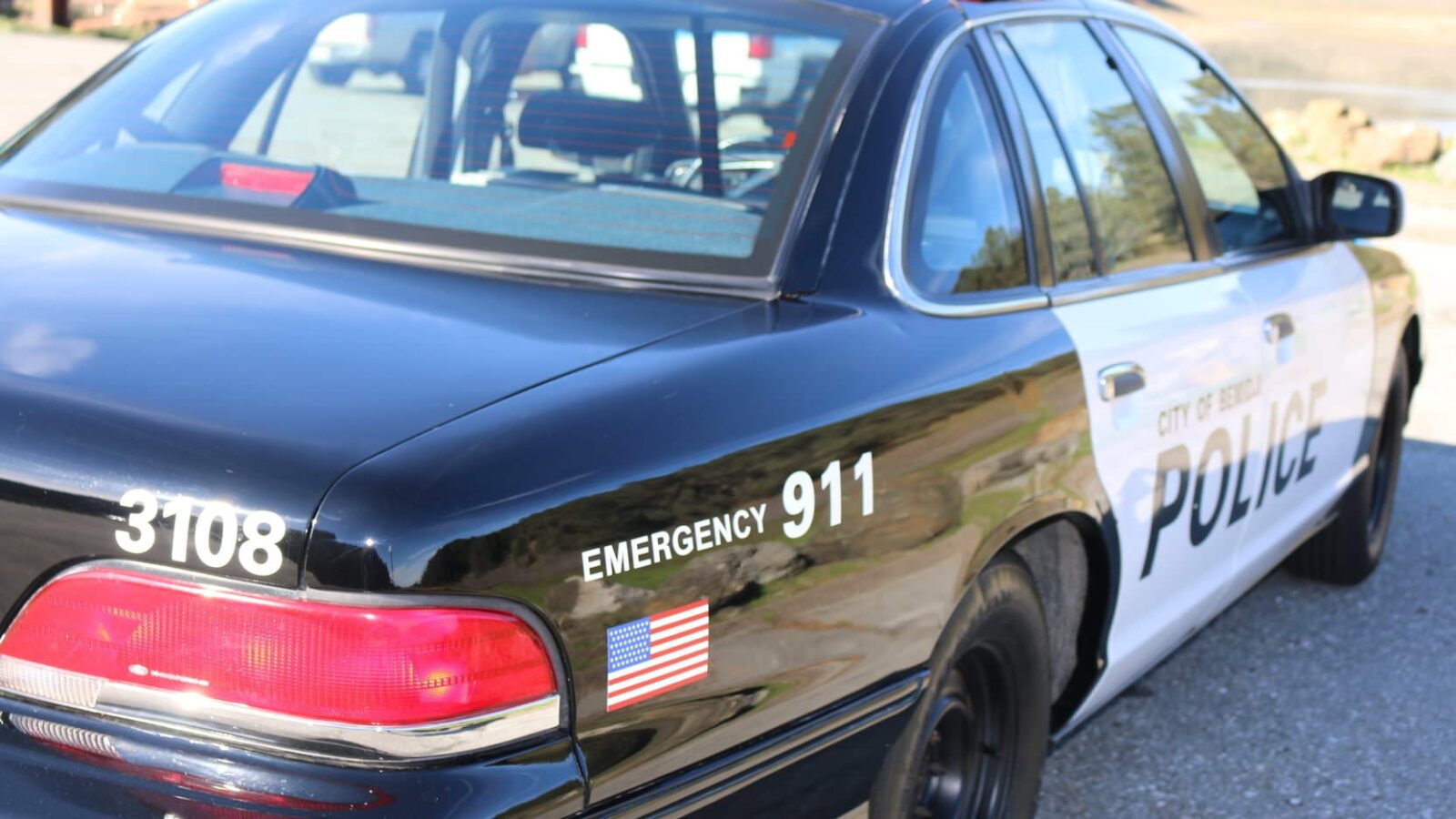 This 1992 Ford Crown Victoria police car was used extensively on camera during the filming of the Oscar-wining 1996 black comedy crime movie Fargo. Actress Frances McDormand’s character “Marge Gunderson” was the chief of police in Brainerd, Minnesota and a key figure in the film – she would win an Academy Award for her work in the film, along with Joel and Ethan Coen who won for Best Original Screenplay.

We all know that feeling of dread combined with guilt that washes over a person when they glance in their rear vision mirror and see a police car sitting a car length or two behind them. In the ’90s this would often mean that you had a Crown Victoria in your mirror, a car that became so synonymous with the police that even non-law enforcement officers who drove civilian Crown Victorias would notice everyone behaving remarkably well around them on public roads.

The car you see here is a 1992 example of the Ford Crown Victoria, it was never used by an actual police department, but was modified for film use prior to shooting. It’s fitted with Police equipment including lights and the prisoner partition, and interestingly, it’s now accompanied by Out of Service signs that make it street legal in the USA. 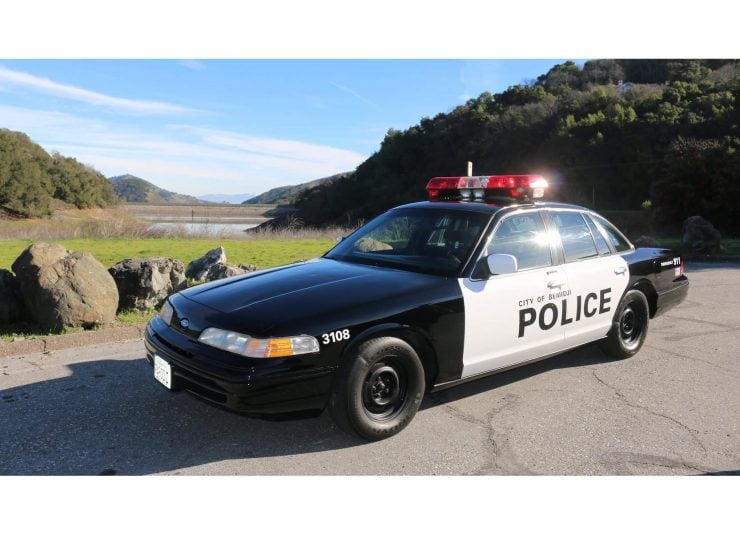 The car has kept its original paint from filming, including correct Police signs down both sides accompanied by the text “City of Bemidji”. Up top there’s a correct and functional police light bar, though it’s almost certainly not legal to use it out on the road, despite the fact that it’d be hugely entertaining to flip them on occasionally to terrify texting drivers.

I’ve always wanted to attend a track day event that includes a police car driven by a professional racing driver (with sirens and lights blazing), whose job it is to catch up to you.

The civilian driver would need to be given a head start of course, and very few would be able to stay ahead of a professional driver for more than a few laps (depending on the cars in use). But it would be entertaining to be the perp involved in a high speed chase, in a completely safe environment on a race track well away from the general population.

With the increasing popularity of track days around the world, it must only be a matter of time before specialist high speed pursuit track days become a thing. When they do, lightly used Ford Crown Victorias like this will be ideally suited to the pursuit work, with a few compulsory photos of the “perp” being loaded into the back seat afterwards of course.

If you’d like to read more about this car or register to bid, it’ll be for sale via Mecum Auctions in Los Angeles in mid-February and you can click here to read more. 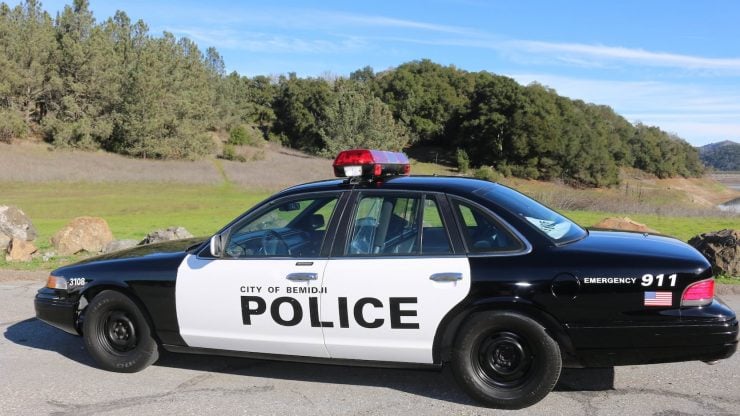 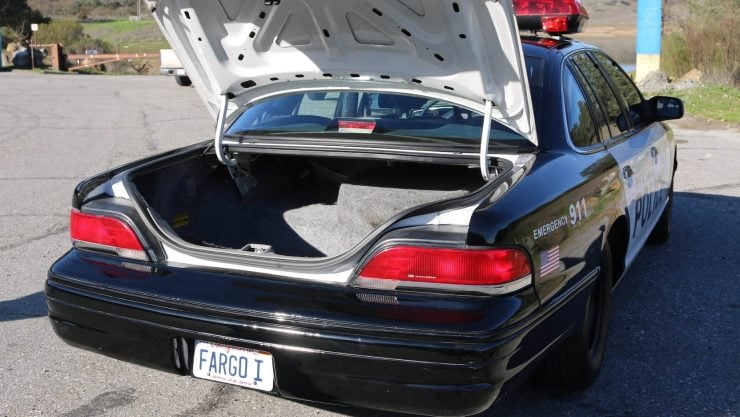 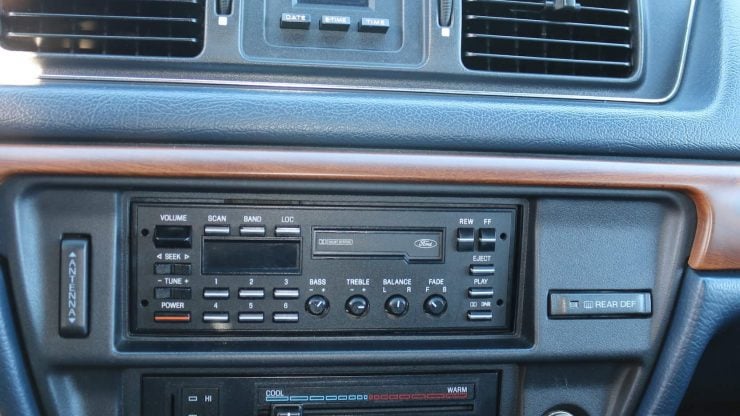 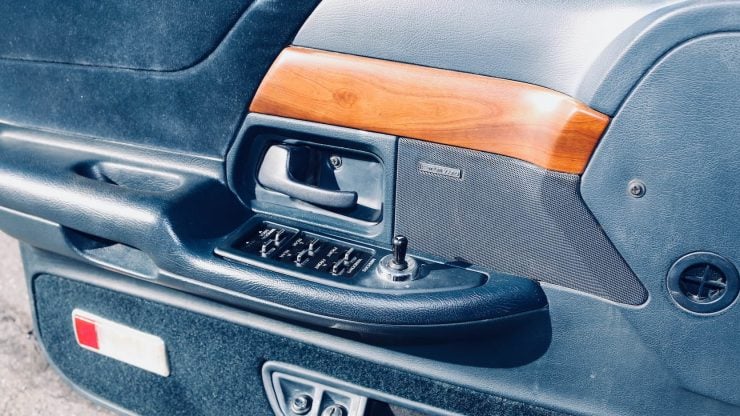 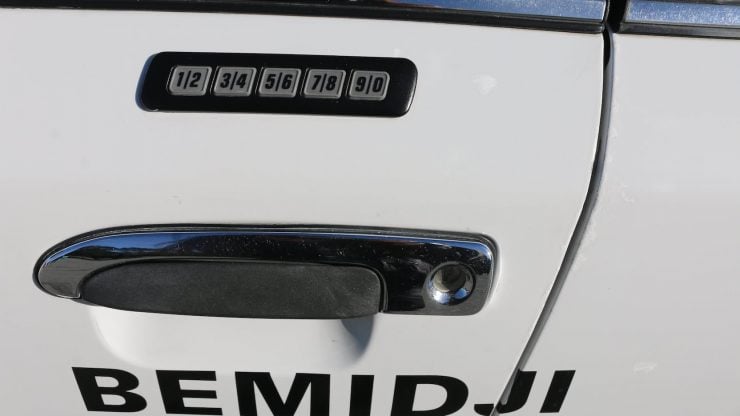 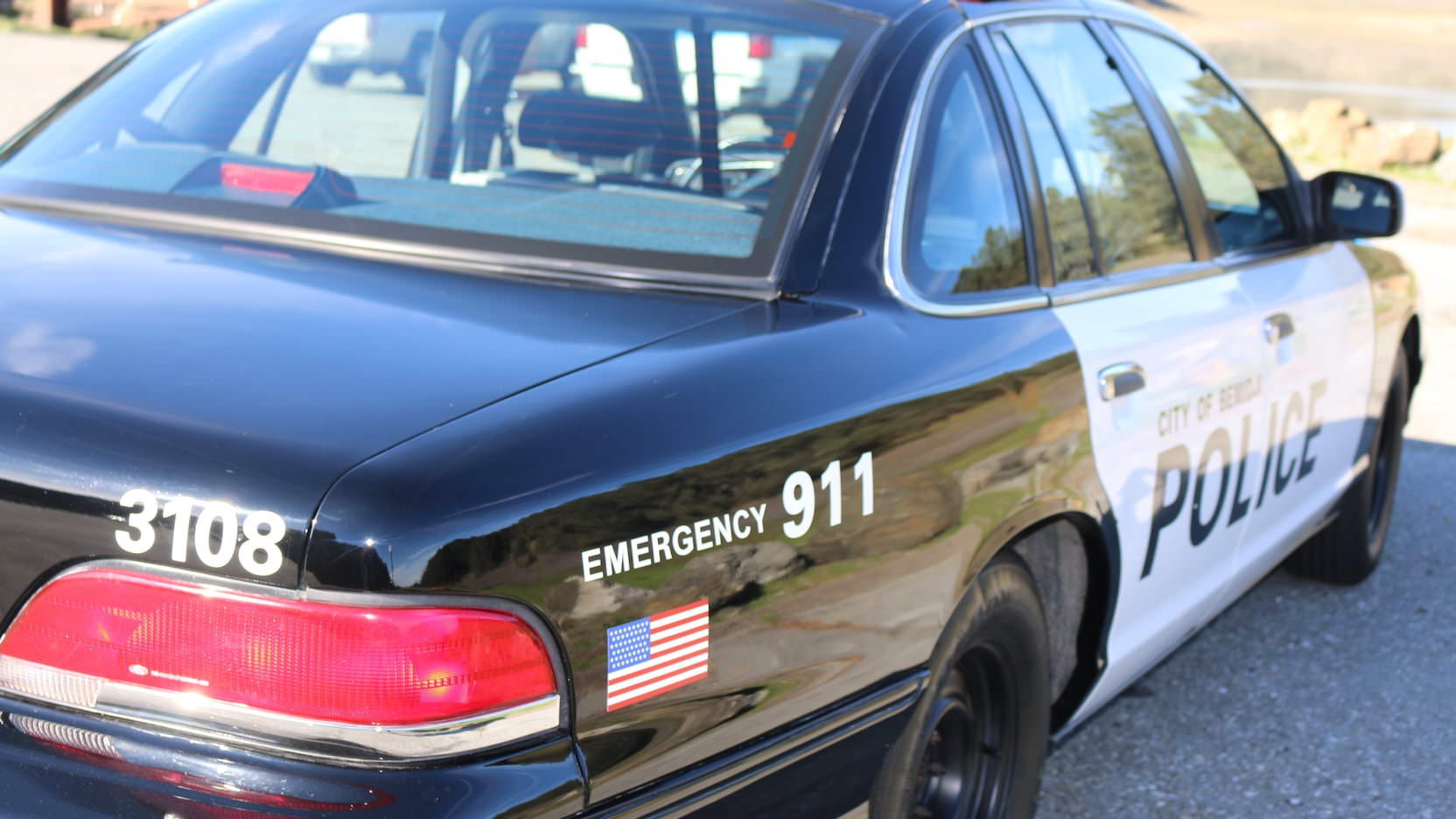