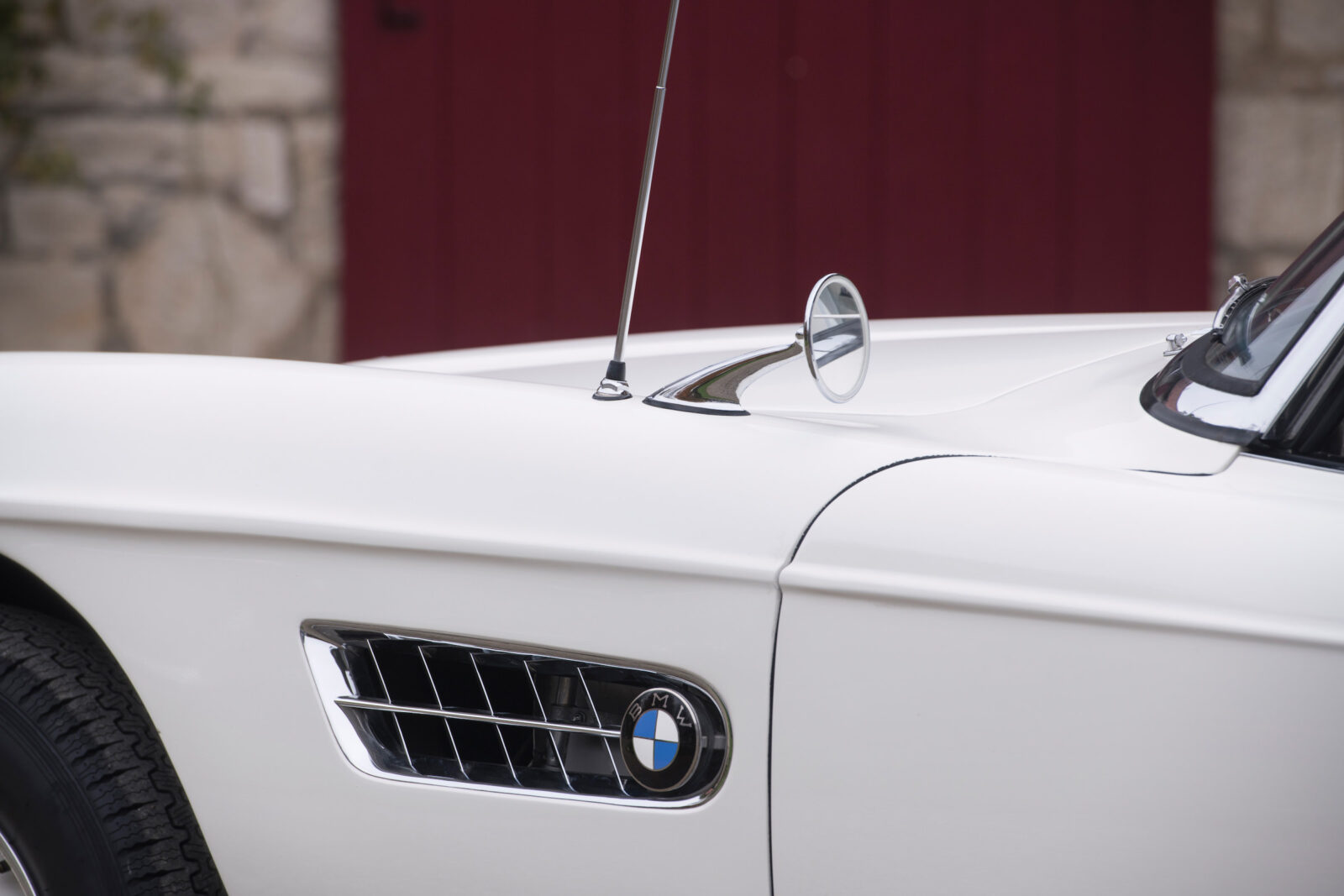 In 1959 Elvis Presley shipped out to Germany for his military service, while stationed off base he bought himself a white BMW 507 Roadster to use for getting to and from the base, and for getting around town.

The young women of Friedberg were just as in love with the singer as those on the other side of the pond, and before long they began leaving little love notes and the phone numbers written on his car in red lipstick.

His solution was simple and elegant. He had the little V8 convertible repainted in the same shade of bright red as the lipstick, and the messages stopped.

Despite the low production numbers of the BMW 507 with just 252 made, it’s a car that often had interesting owners, and many of the surviving cars have fascinating back stories.

Max Hoffman And The Roadster Suggestion

The idea for the BMW 507 Roadster came from the mind of hugely influential US automobile importer Max Hoffman – an Austrian immigrant to America who would become one of the most important men in the automotive world in the mid-20th century.

Hoffman’s European roots combined with his life in the USA gave him good insight into the minds of car makers and car buyers on both sides of the Atlantic. He’s the man who suggested the production of the Mercedes-Benz 300SL Gullwing, the Porsche 356 Speedster, the BMW 507 roadster, the Alfa Romeo Giulietta Spider, the BMW 2002 and many more cars now considered highlights of the age.

Hoffman suggested a roadster design to BMW that would be based on the platforms used by the BMW 501 and 502. The car would be targeted directly at a gap in the market he had noticed between the high-end Mercedes-Benz 300SL Gullwing, and the far less expensive convertibles being built by Triumph, Sunbeam, and MG. 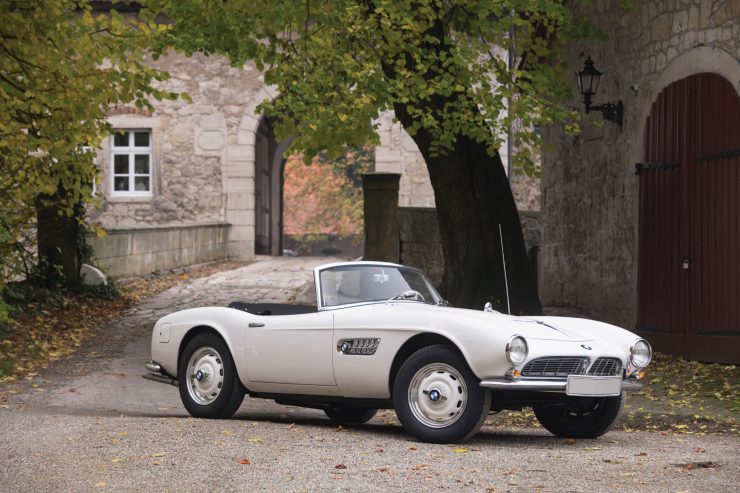 The BMW 507 Roadster And (Nearly) The End Of BMW

On the face of it, Hoffman was right. If BMW had been able to keep costs down and out out the 507 Roadster at a price point halfway between the less expensive British roadsters and the high-end German Gullwing, they would have almost certainly had a success on their hands.

Designer Albrecht von Goertz was contracted to design the body, and he created one of the most beautiful cars of the time by many accounts. Costs began to get a little out of hand, a problem that was exacerbated by the fact that each 507 Roadster was fitted with a body hand-formed from aluminum by highly skilled craftsmen. A very slow and expensive process.

BMW used their pre-existing aluminium-alloy OHV V8 to power the 507, with a capacity of 3168cc and 150 hp, resulting in a car capable of a very respectable 122 mph.

When Hoffman had suggested the car to BMW, he had told them to target an MSRP of $5000 USD. Costs had spiraled during development, and by the time it hit the market it cost $9000 and quickly went up further to $10,500 USD.

As a result of this, just 252 were sold, BMW lost millions of dollars, and very nearly bankrupted themselves. Decades later the punchy little 507 Roadster would become a major source of inspiration for BMW’s new generation of designers, and cars like the Z3 and Z4 would borrow heavily from the styling of Albrecht von Goertz’s original. 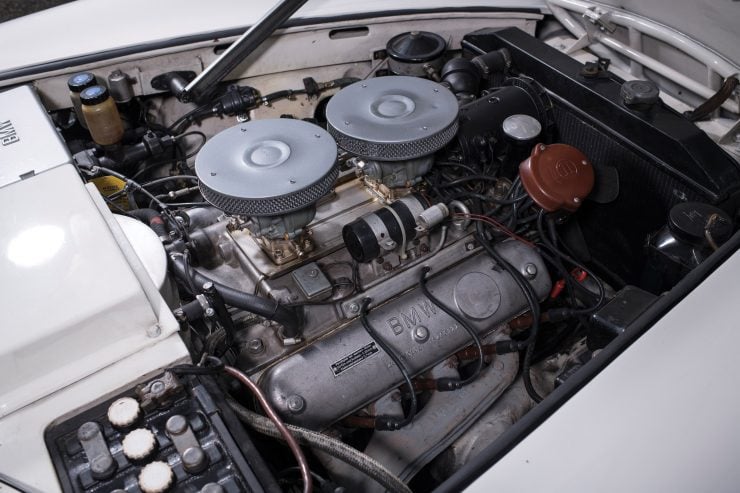 The car you see here has its own special backstory. It was bought brand new on the 23rd of April 1958 by Wilhelm Bartels, the owner of a footwear store, for his beloved wife Elisabeth. She fell in love with her new car and it became one of her most treasured possessions.

A few years after it was purchased, the Bartels had it upgraded with new front disc brakes by their local authorized BMW mechanic. Astonishingly, this same mechanic would work on the car whenever it needed attention from new in the late 1950s to the present day.

The current owner first came across the car when he met Elisabeth in 1983, he tried to buy the car but she adamantly refused, and she wouldn’t relent for decades. Finally in 2004 she agreed to sell the car, and the current owner made a point of going by to visit her in the 507 until her passing in 2006.

Overall the car remains in remarkable condition throughout, the new owner only fitted new carpets, a new soft top, a set of Rudge wheels, and some new seat upholstery – everything is as it was from the factory.

The car is now due to be sold by RM Sotheby’s on the 7th of February in Paris, if you’d like to read more or register to bid you can click here to visit the listing. 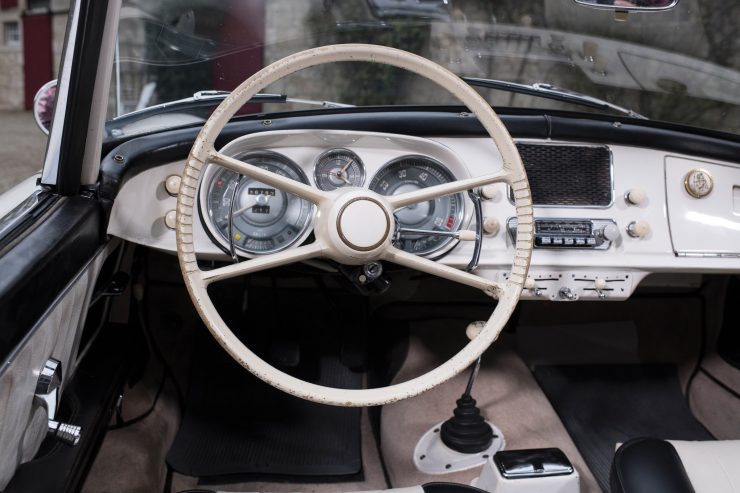 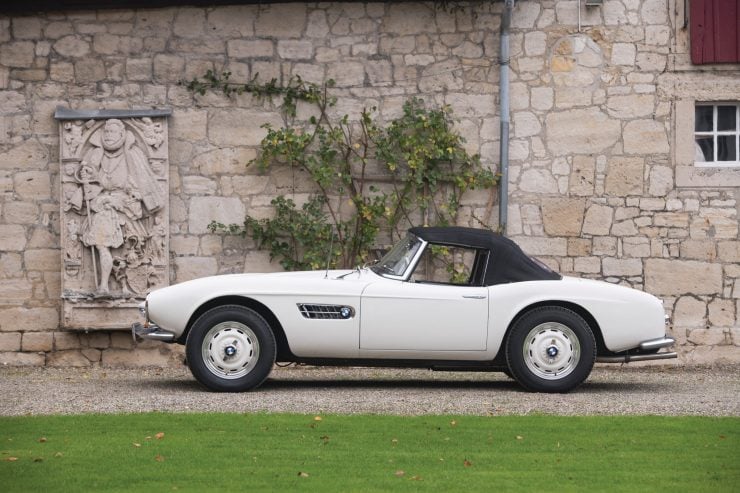 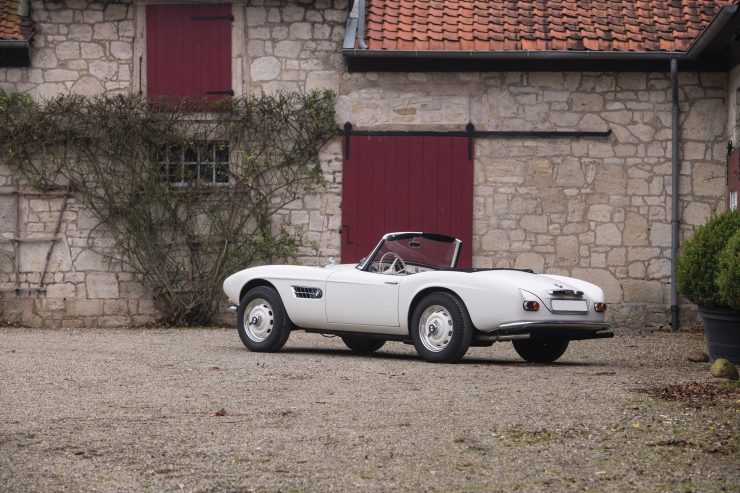 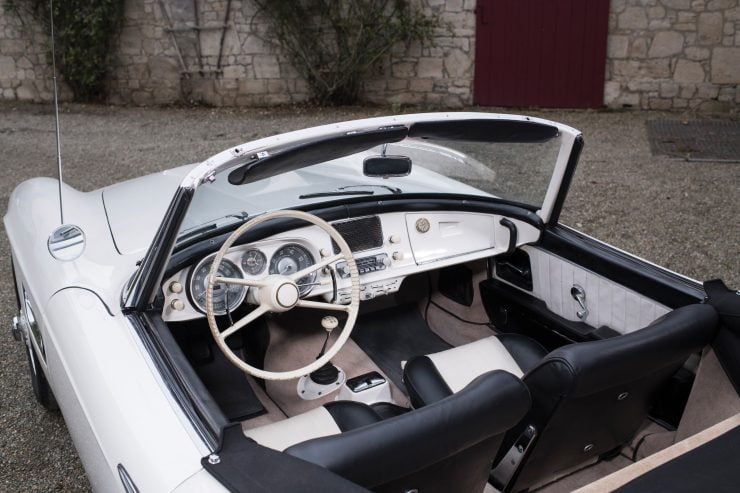 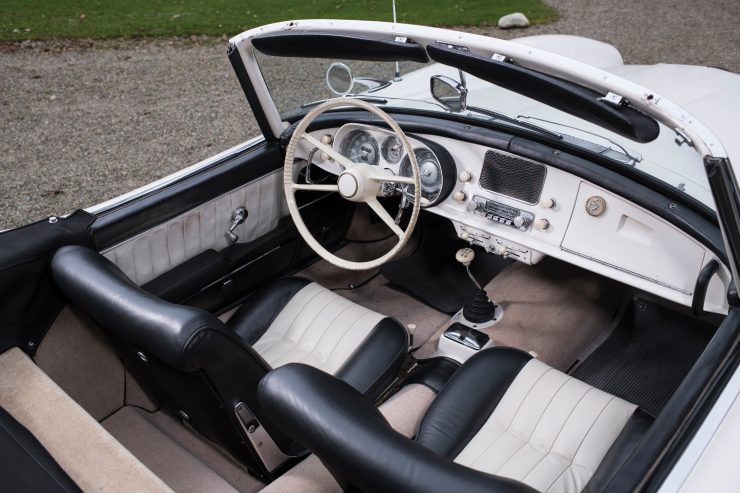 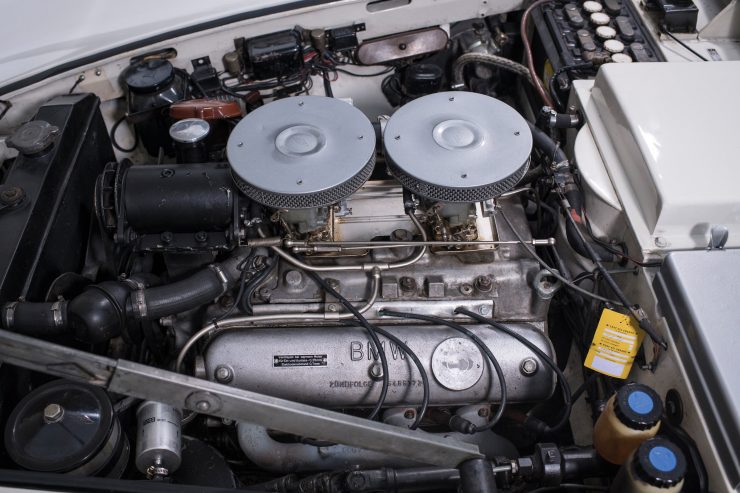 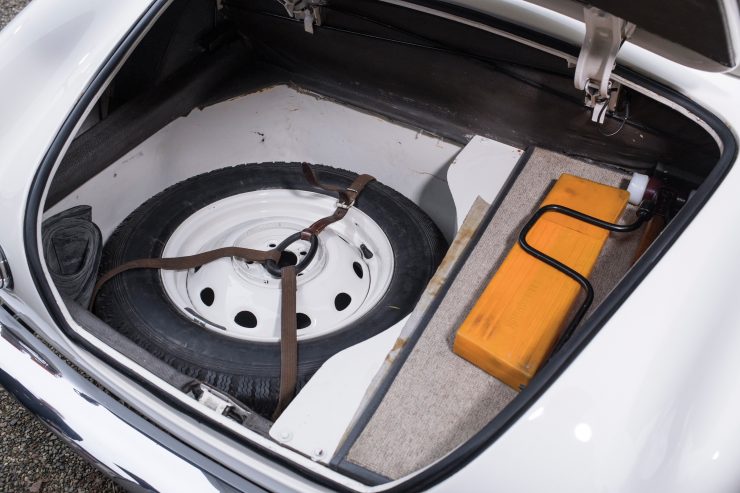 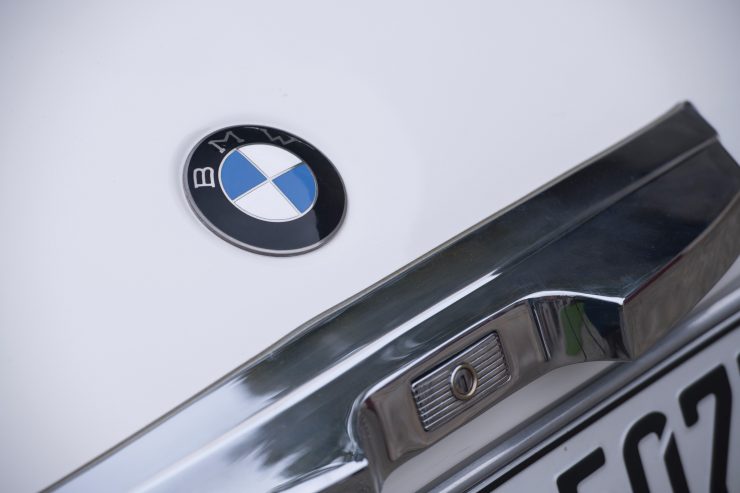 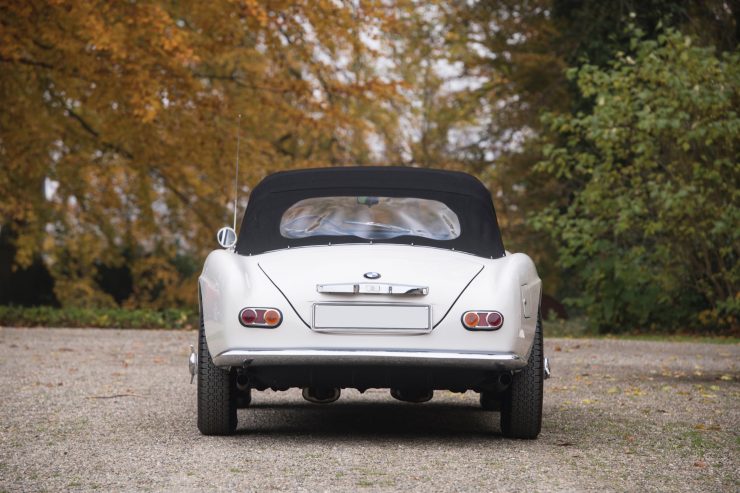 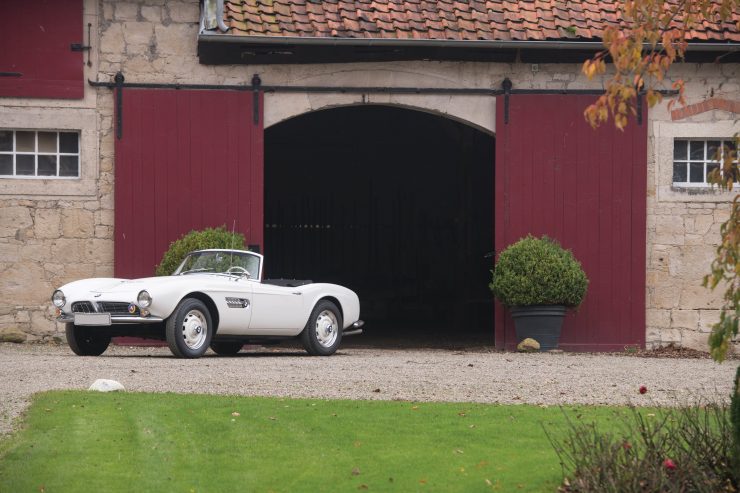 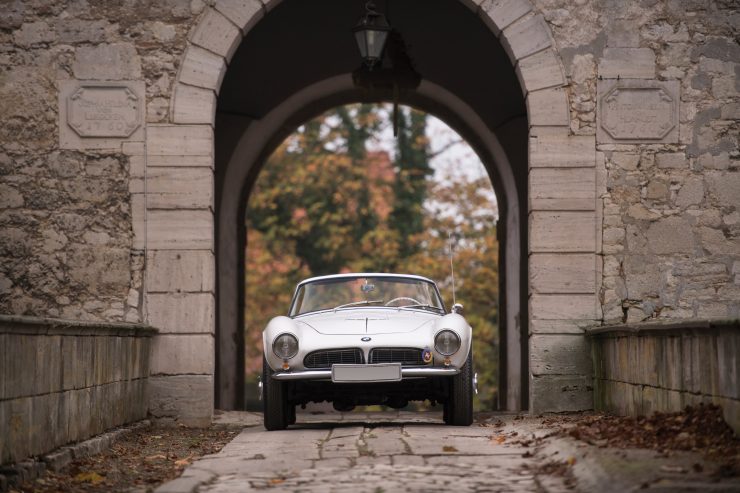 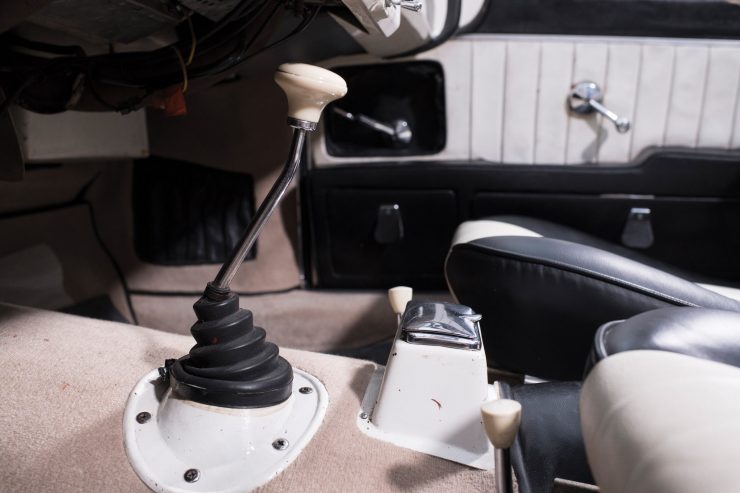 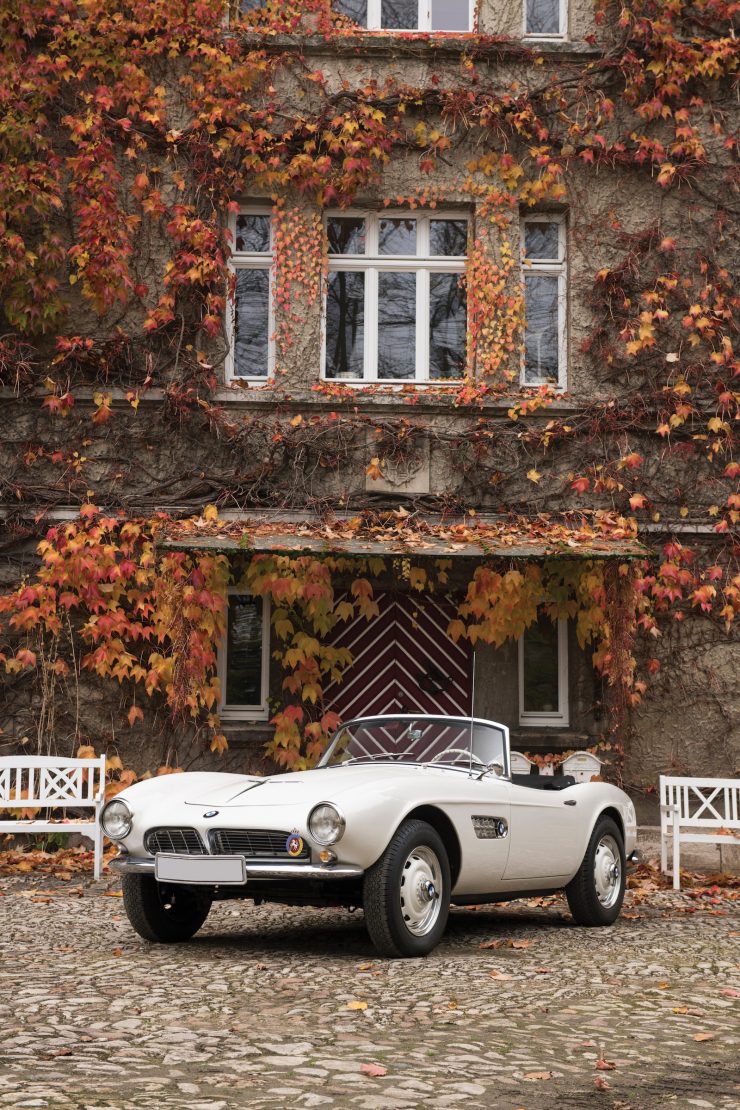 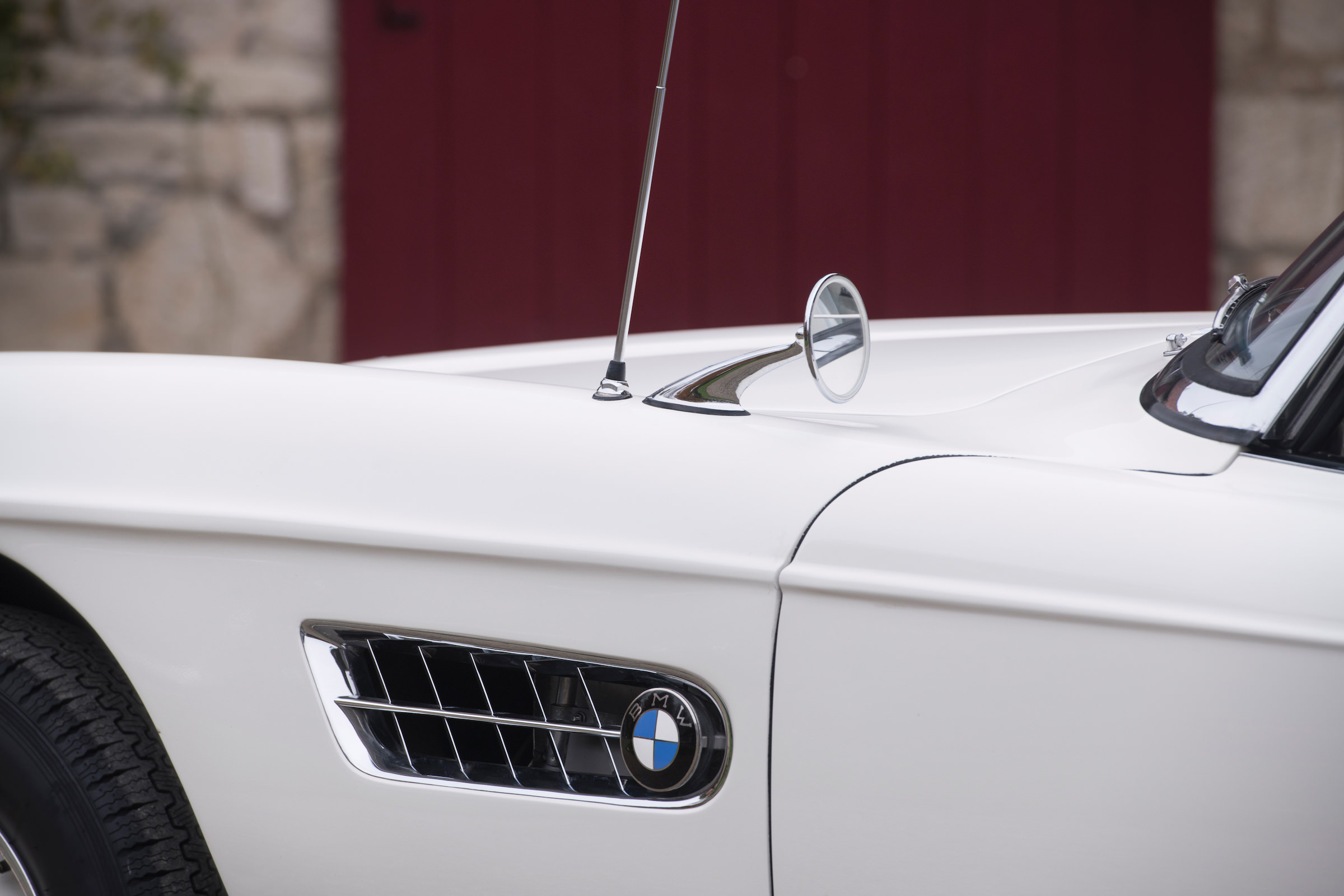