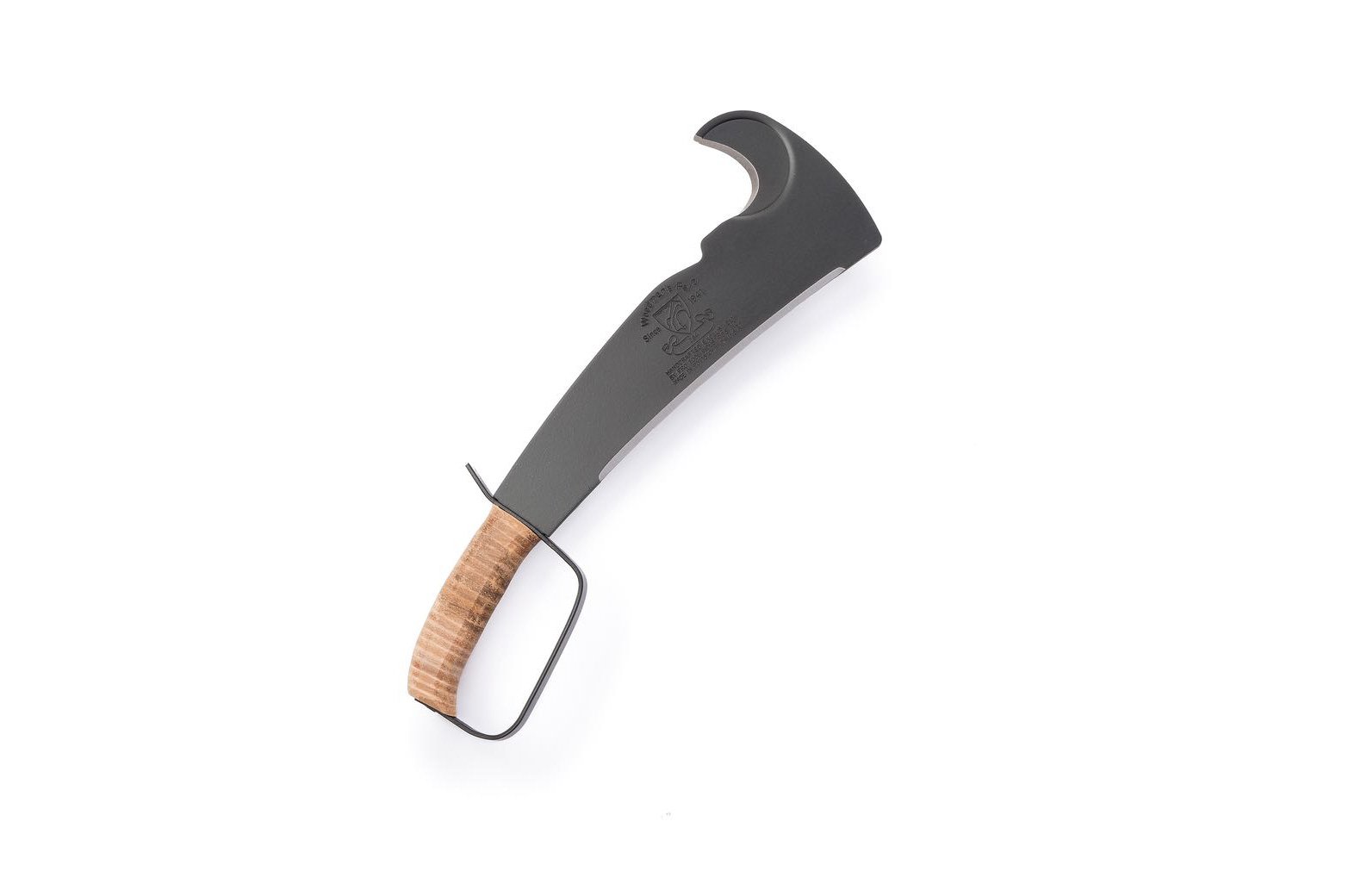 The Woodman’s Pal was designed as a new take on the age-old machete – with a series of improvements for both safety and functionality. The variant you see here is the Military Premium Pal, it has black powdercoating to prevent rust and corrosion, and a specially annealed high carbon steel blade hardened to Rockwell C47 (+/-2).

The handle is a 5″ soft leather grip with a steel knuckle guard, and a safety toe that extends 1″ up the axe-side to reduce risk of deflective injuries. The blade cuts branches up to 1″ in diameter with a single stroke, and the sickle hook slices through vines and briars with ease. 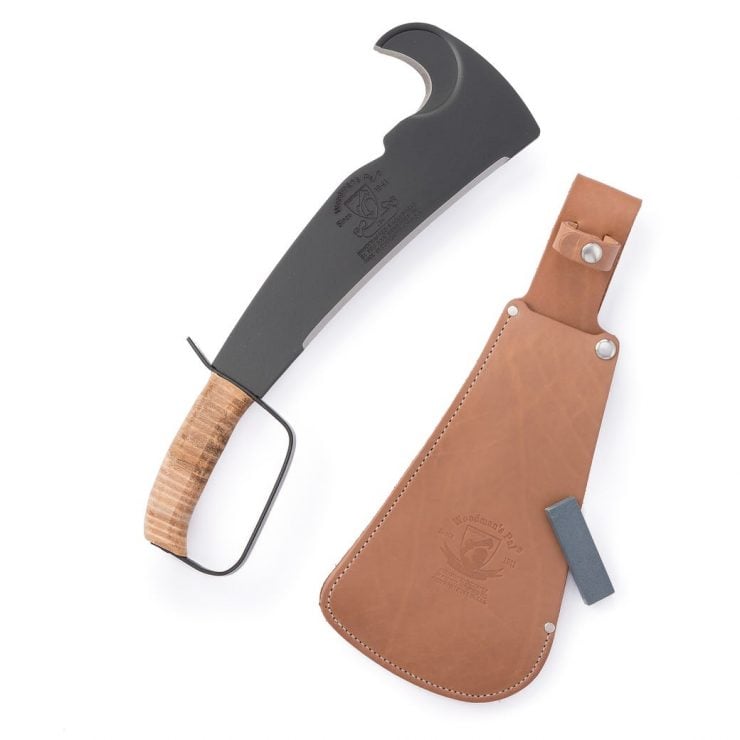 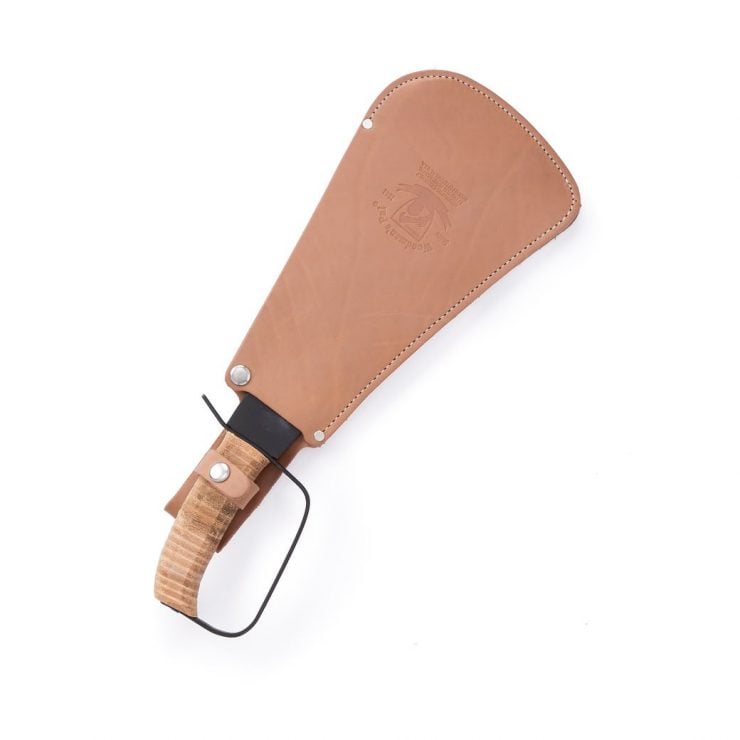