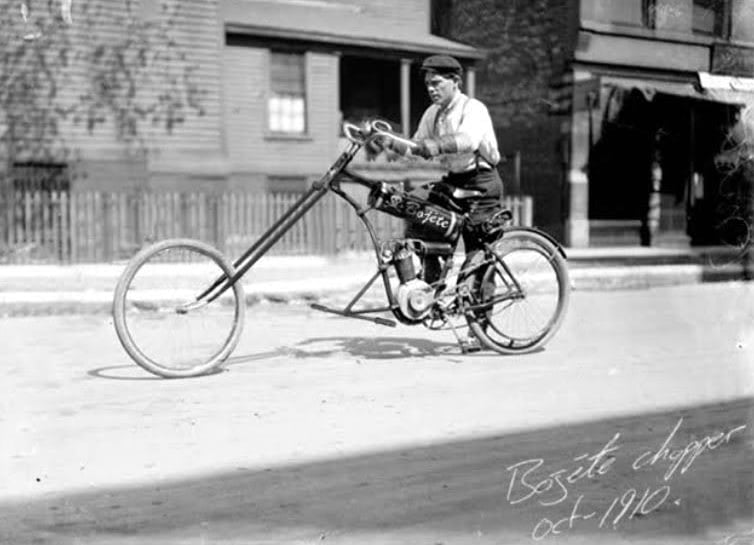 So it appears that the modern trend of raking out the front forks on motorcycles isn’t as modern as I thought. This picture dates back to October 1910 and it clearly shows a chap who’s heavily modified a motorcycle into the “Bojete Chopper” which is almost certainly the first chopper-style bike ever made.

The engine appears to be a small-volume air-cooled single cylinder running a belt reduction drive system to the rear wheel. If you look closely you’ll see that he’s added footpegs out in front of the crankcase, riding the bike with your feet on those pegs would give you the exact same posture as you’d have on most modern choppers.

Interestingly the bike is fitted with pedals that run a chain drive to the right-side of the rear hub, essentially making the Bojete Chopper a moped. Sadly we couldn’t find any historical references to the Bojete so all the information we have is what we can discern from the picture, can you see anything we’ve missed?