Every now and then we get an email asking us why we don’t feature more women’s gear, it’s a good question and the answer is relatively simple. We’re men so we generally look at man-stuff. We are looking to reform out XY-centric ways though and so today we’re featuring this tee from the boutique design house Fingers Duke.

The design was done by Katie Scott and comes printed on a District 100% Cotton Concert Tee, you can grab one here for just $20. 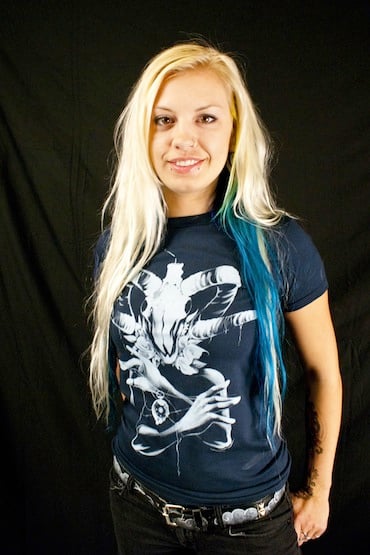