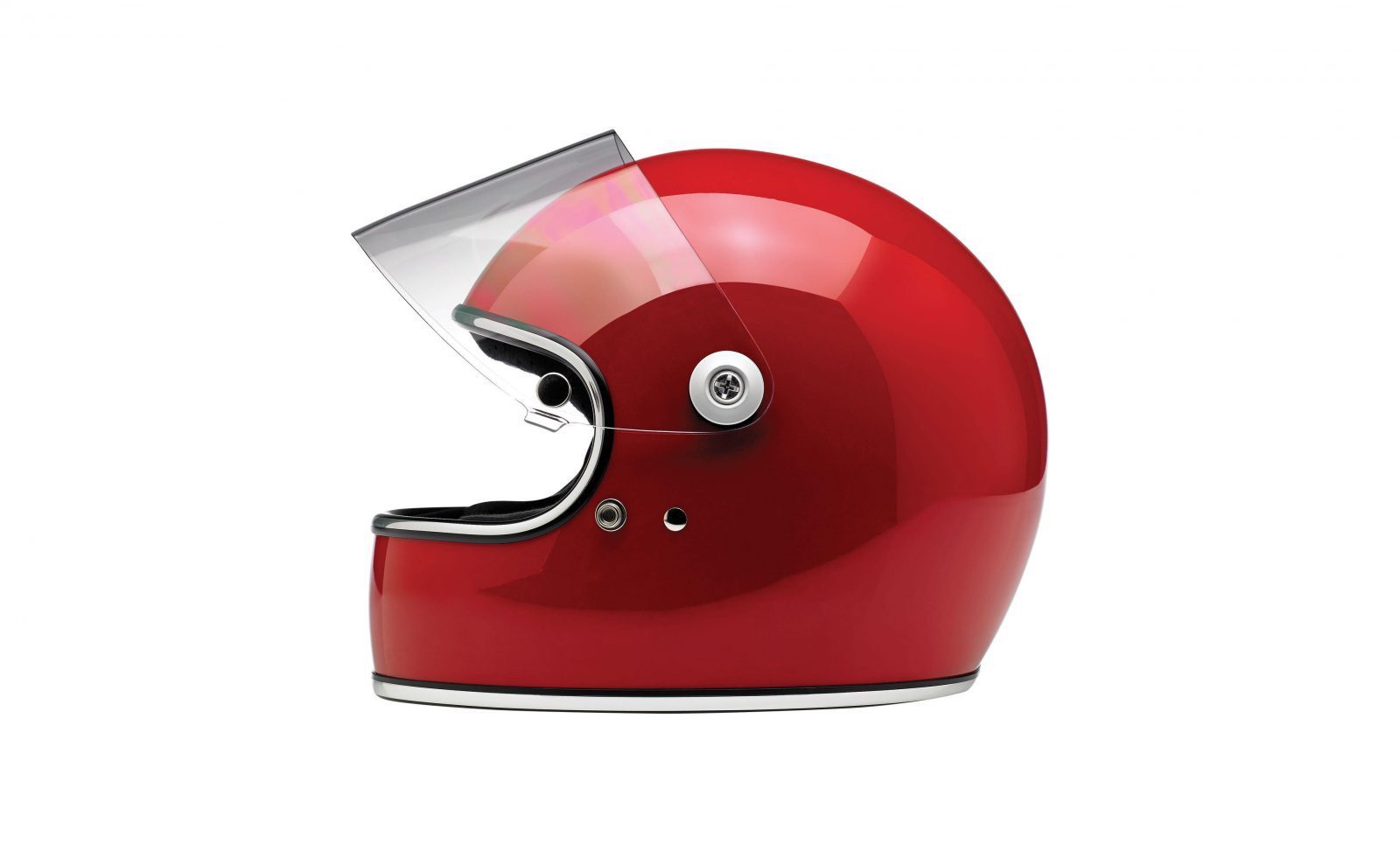 In 2013 Biltwell turned the vintage and classic motorcycle world on its head by releasing a retro-styled helmet built using modern materials to modern DOT-safety standards.

People had been wanting a helmet like this for years, and some had gone so far as to buy vintage helmets and have them refurbished – although obviously this meant the resulting helmet would never be safe.

On the downside, the Biltwell Gringo doesn’t have the vents and wind tunnel testing of many more high-end motorcycle helmets. Although the team at Biltwell will tell you there’s a pretty big vent right in the front of the helmet and that with an MSRP of between $159.95 and $249.95, the Gringo isn’t aiming to compete with top shelf $1000 helmets by Shoei or Arai. It’s aiming to offer a safe, modern alternative at a price point that will allow riders who might typically wear a 3/4 face helmet to try a full face for the first time.

Few people will argue that a full face motorcycle helmet offers far better protection than an open face – after all there are studies that show the facial area is the most commonly impacted in many motorcycle accidents.

Biltwell offers the Gringo in two major variants – the original Gringo and the Gringo S. The major difference between the two is the shield. The Gringo uses a snap on shield and the Gringo S has a built in flip-up shield made from an injection-molded, laser CNC cut polycarbonate.

If you want to ride with goggles, with a bubbleshield, a clip-on shield, or no shield at all – then the original Gringo is the helmet for you. If you want the convenience of a simple flip-up shield that can be removed easily for cleaning or replacement, then you’ll want a Gringo S.

Each of the two major Gringo variants share a common shell design and the same materials. The injection-molded ABS outer shell offers excellent safety and intrusion protection, and each also has a hand-painted finish. The inner, impact absorbing shell is made from an industry standard expanded polystyrene, and for comfort, there’s a hand-sewn brushed Lycra liner with diamond-stitched quilted open-cell foam padding.

Importantly, each Gringo is built to modern DOT safety specifications, so they can be used anywhere in the USA and in any of the countries that accept that American safety certification for use on their own roads.

Biltwell now offer both the Gringo and Gringo S in a huge variety of different paint schemes, each applied by hand. There’s everything from rich metal flake to retro pinstripes, solid colours, matte finishes, and other retro designs that would have fit in perfectly in the ‘60s or ‘70s.

If you’ve always wanted a retro full face helmet but didn’t want to compromise on safety – the Gringo might be just what you need. 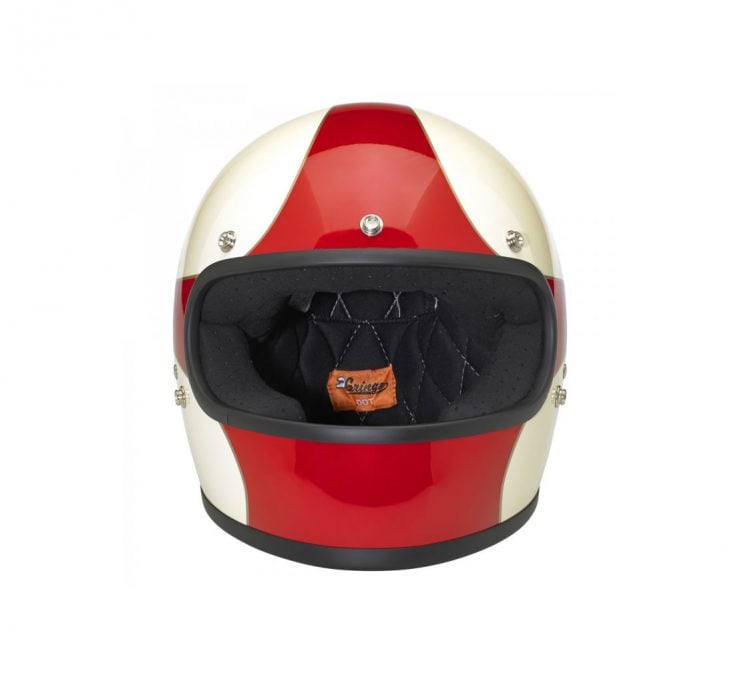 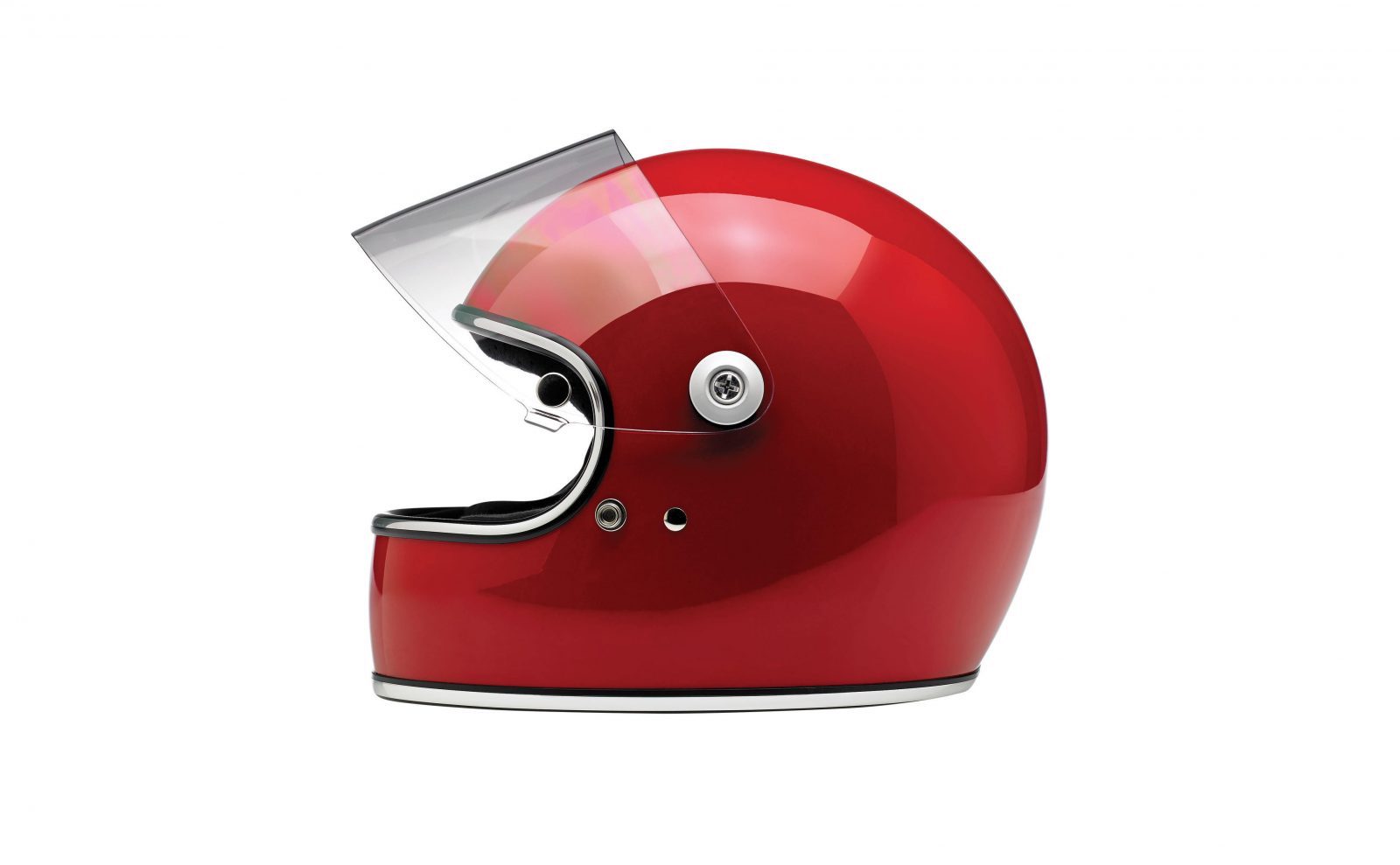