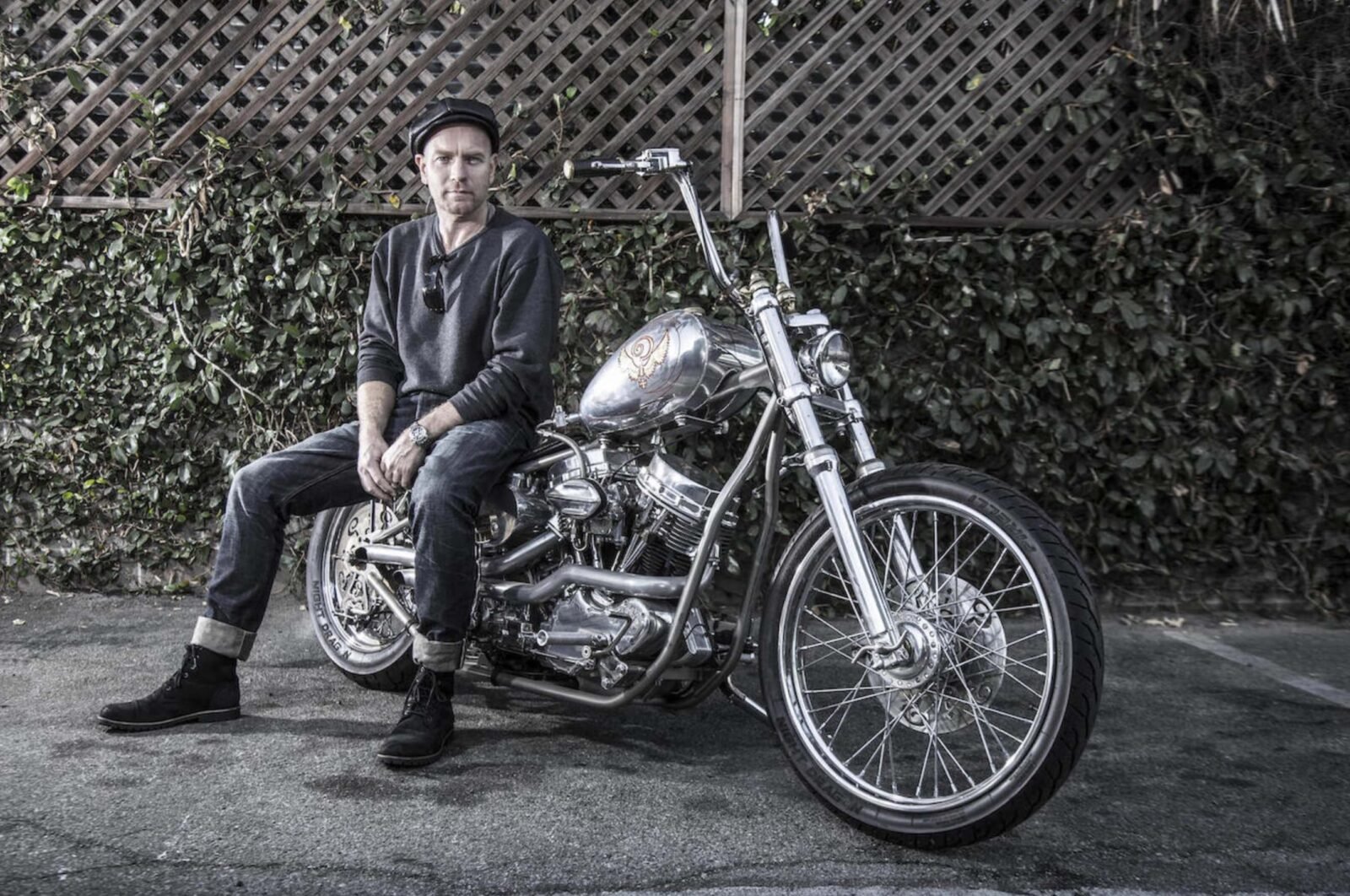 There are few (if any) chopper builders of the modern era held in higher esteem than the late Indian Larry, he strictly built bikes that were meant to be ridden rather than trailered around to shows, and his favourite engine (despite his name) was the Harley-Davidson Panhead.

Indian Larry’s early life was difficult, he suffered physical abuse at the hands of the staff at Catholic school, and it’s rumoured he lost his little finger whilst building a bomb to blow the school up and avoid further beatings. After leaving school he moved to California and fell in with alcohol and drugs – becoming a bank robber to fund the addictions. Eventually the police caught up with him and he spent three years in Sing Sing in the mid-1970s, where he learned about mechanics, welding, and philosophy.

After prison he moved to New York and became friends with the likes of Andy Warhol and photographer Robert Mapplethorpe – one of the latter’s photographs of Larry ended up on the cover of Artforum magazine. Eventually he co-founded Psycho Cycles on New York’s Lower East Side and opened Gasoline Alley in Brooklyn in 2000. Tragically, Indian Larry was killed in an accident in 2004, today he leaves a strong legacy and a company that bears his name and continues building motorcycles in his distinct style.

The Indian Larry Panhead chopper you see here was built by his garage in 2010 and christened “The Machine” due to its bare aluminium and raw mechanical form. It caught the eye of keen motorcyclist (and actor of some note) Ewan McGregor on a visit to the Indian Larry shop, and he bought it on the spot.

McGregor is a hugely famous actor of course, but he’s also largely responsible for bringing motorcycle adventuring out of obscurity and into the mainstream. Along with his longtime friend Charlie Boorman, McGregor has completed multiple international journeys as part of their “Long Way” series, including “The Long Way Down” and “The Long Way Around”.

Ewan has now decided to thin down his personal motorcycle collection, and the Indian Larry Panhead chopper is due to be sold via Bonhams at The Las Vegas Motorcycle Auction on the 26th of January with an estimated value of between $22,000 and $26,000 USD – which seems rather reasonable given the bike’s double barrelled heritage. 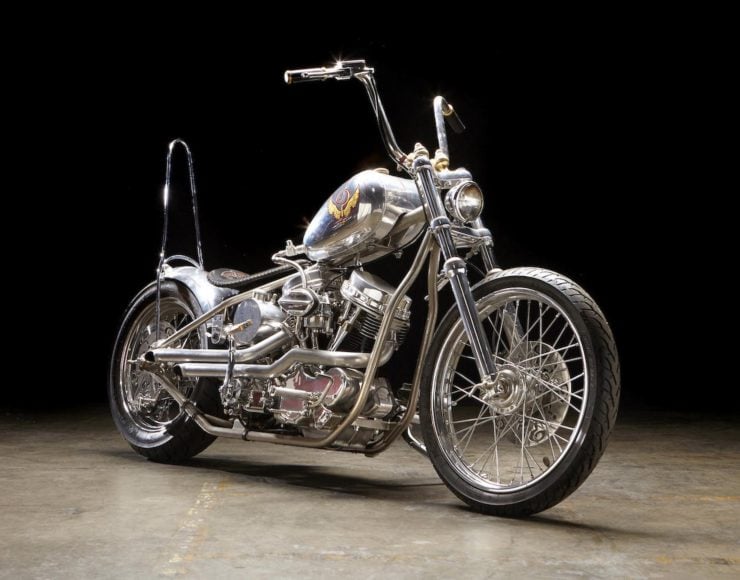 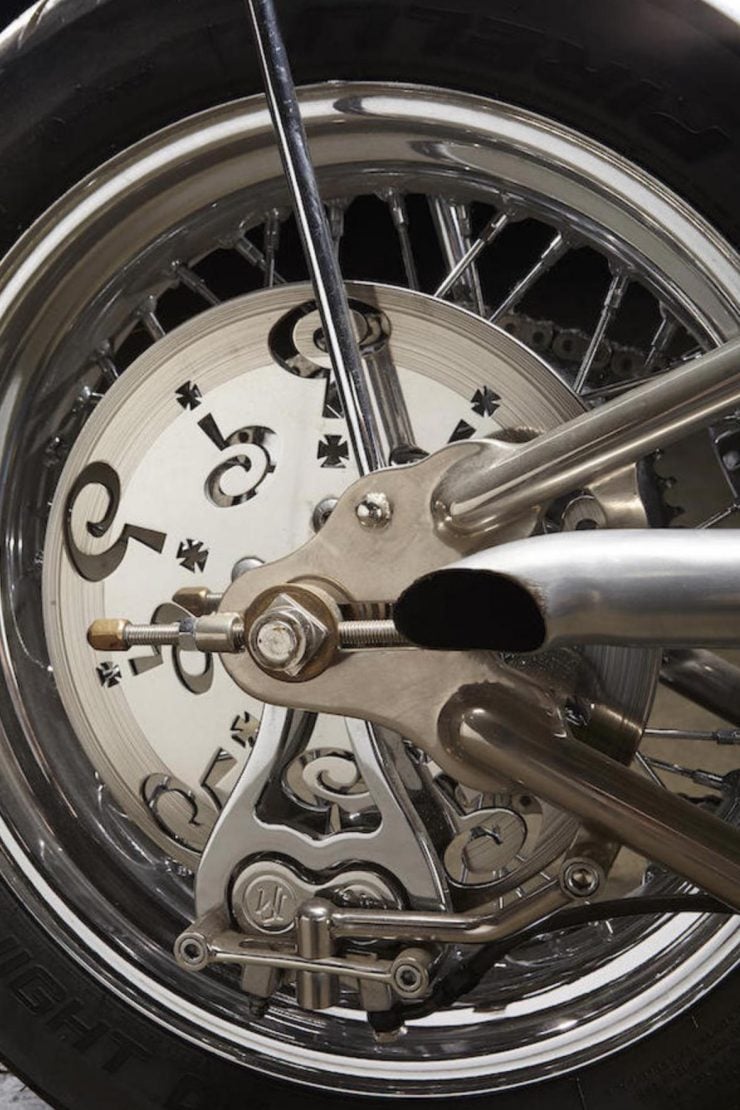 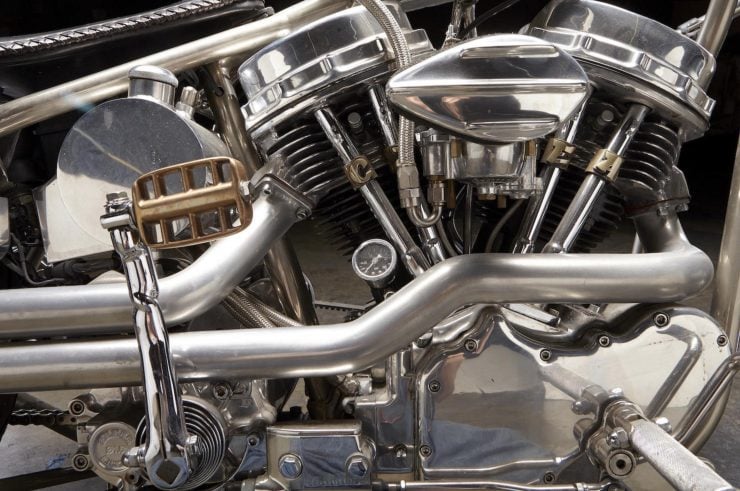 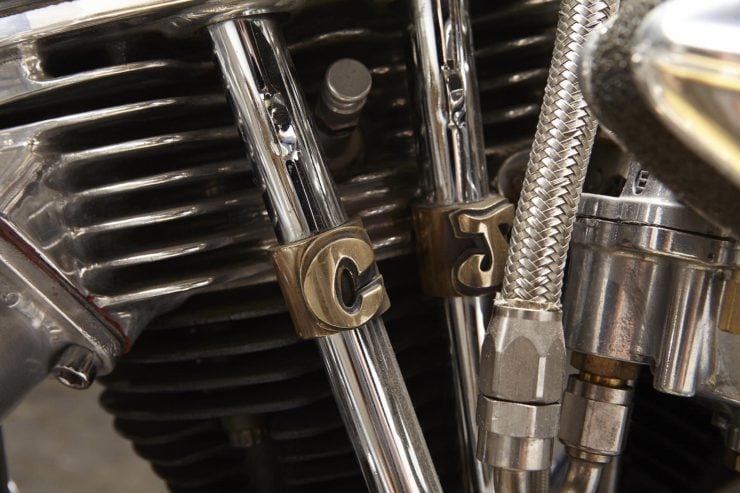 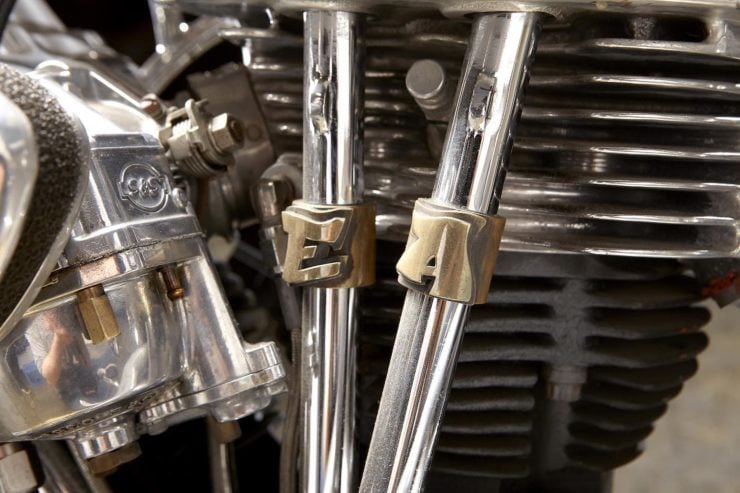 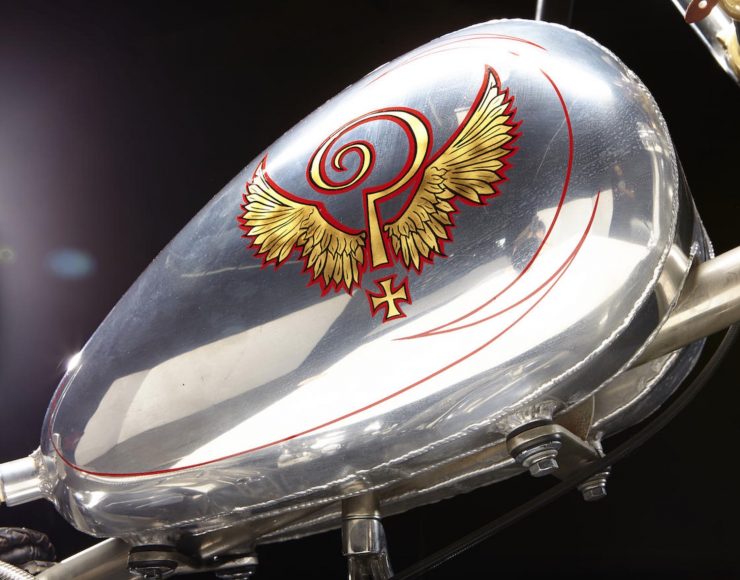 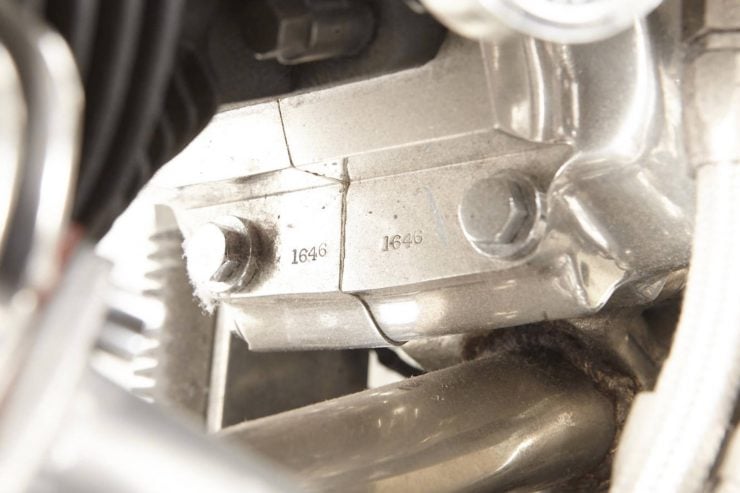 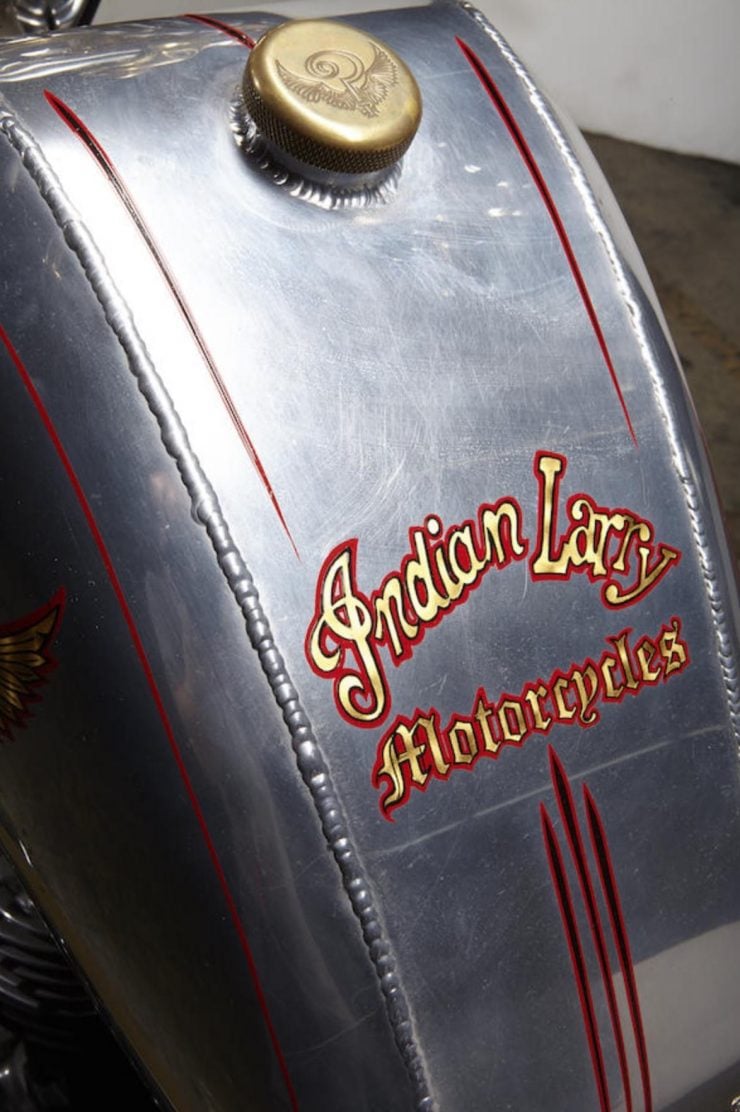 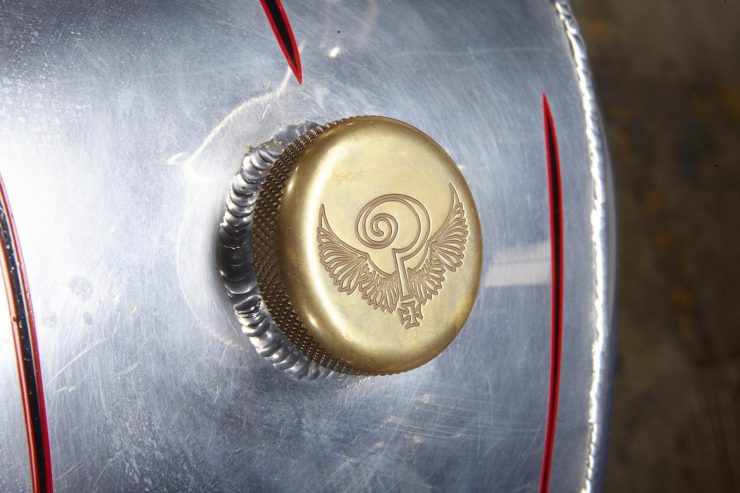 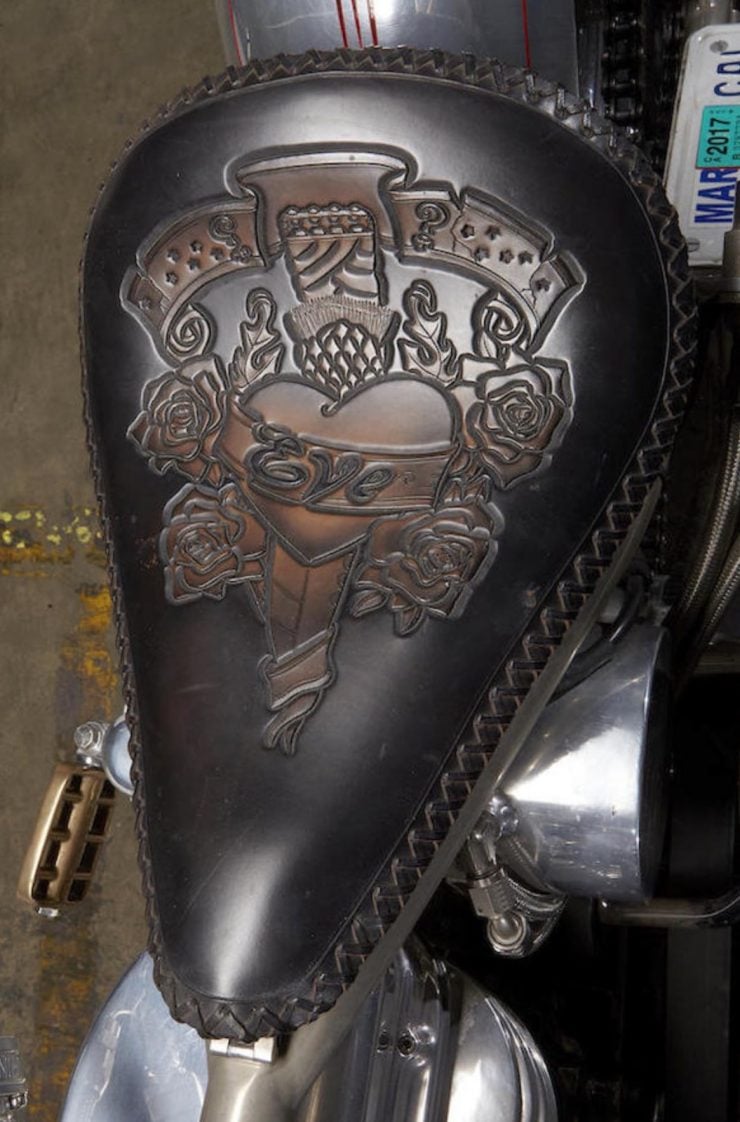 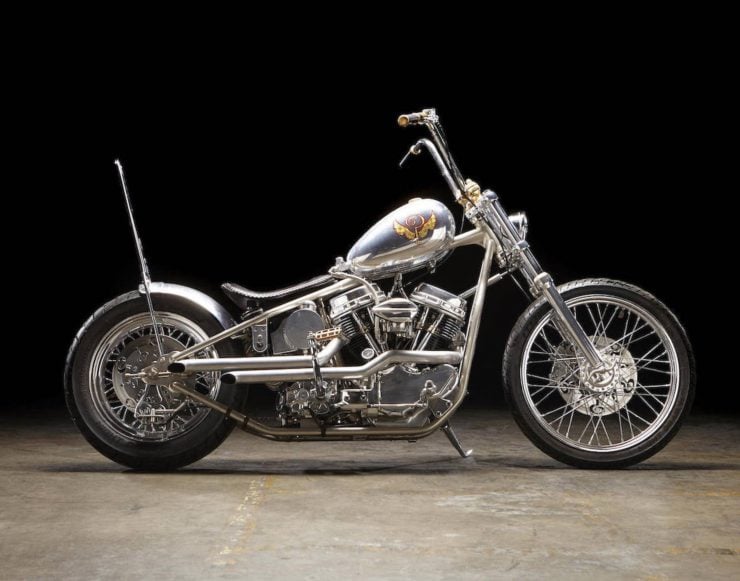 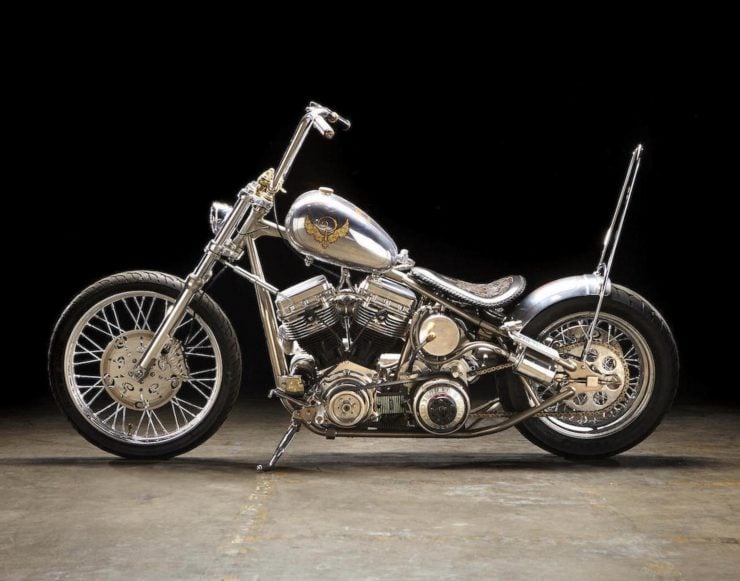 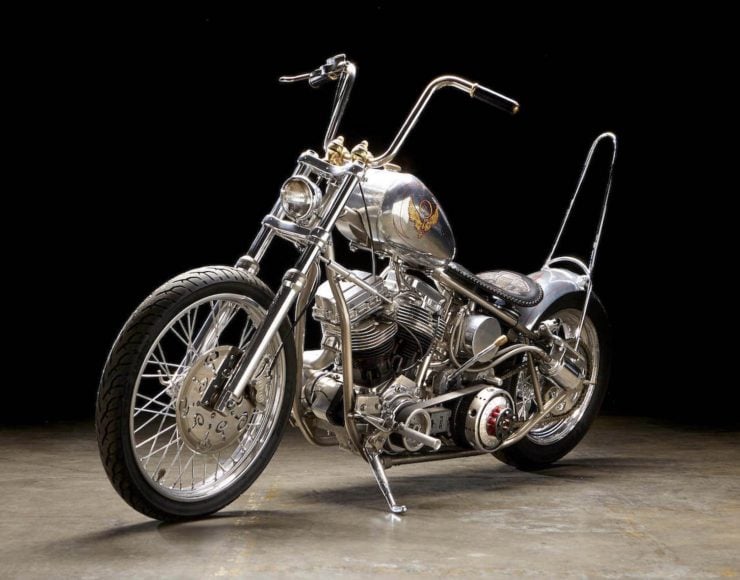 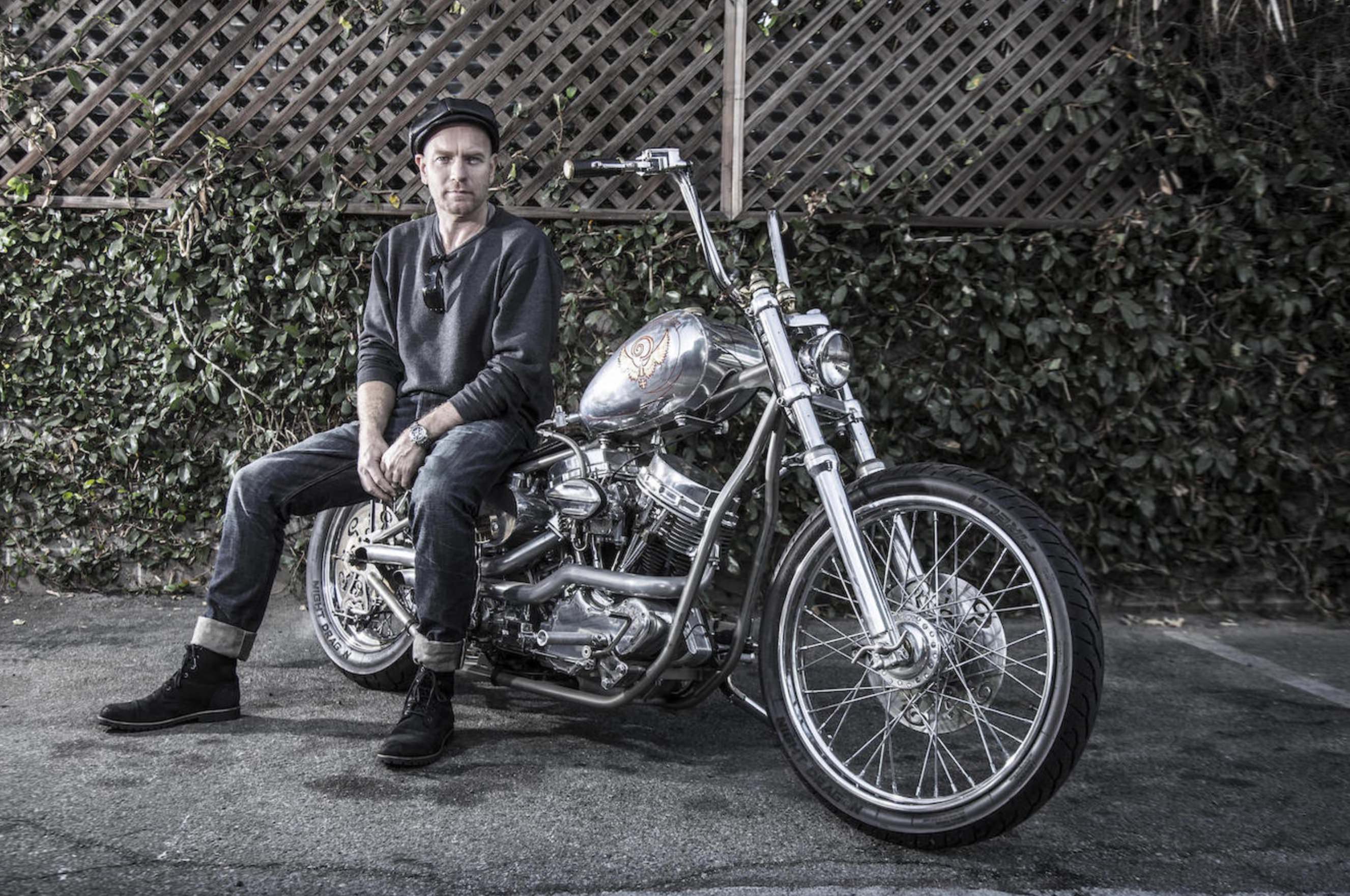