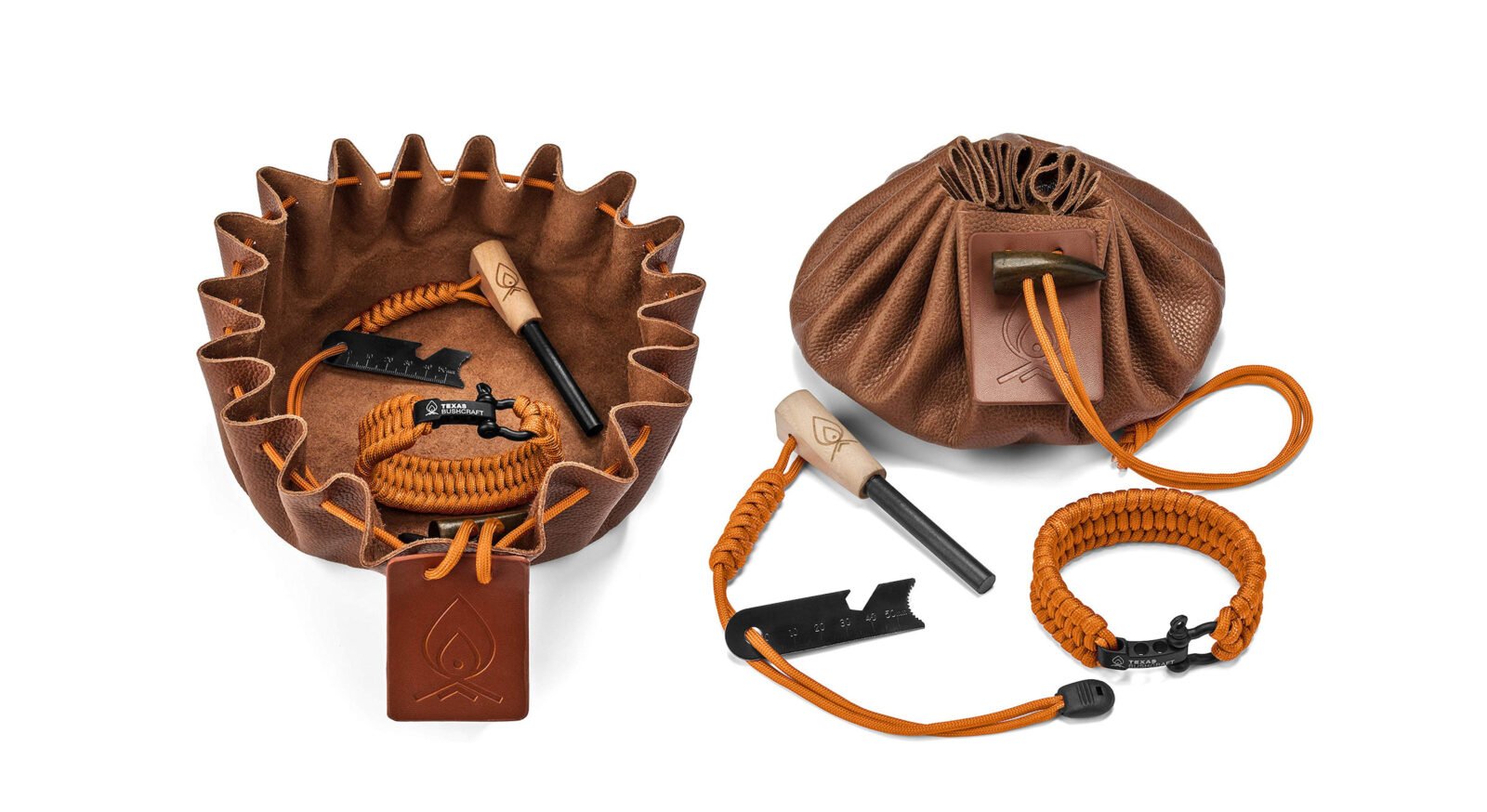 The Texas Bushcraft Fire Starter Survival Kit was developed to include everything you need to get a fire going, even in inclement weather conditions like rain and snow.

The kit comes in a water-resistant cowhide leather pouch that’s designed to be used for collecting and storing dry tinder for when you need it. Unlike plastic pouches there’s little fear of sharp sticks or twigs puncturing the pouch and allowing in rain water.

To get your fire going there’s a 3/8” magnesium ferrocerium “fire steel” rod that provides well over 15,000 strikes, each strike sends out a shower of sparks at 5,000º F.

The striker has a solid hardwood handle and a serrated tinder scraper so you can grind off some magnesium onto your tinder before you set it alight, to allow a higher chance of a fire on any given strike.

Inside the pouch you’ll also find a paracord bracelet, when unwound this bracelet has 12 feet of paracord that can be used for lashing together a simple lean-to for shelter, or any of the other thousands of possible uses.

Each kit from Texas Bushcraft comes with a 100% guarantee, and they can be returned for a full refund with no questions. The current MSRP is $29.95 and the bracelet can be ordered in two sizes to accommodate almost all wrist sizes. 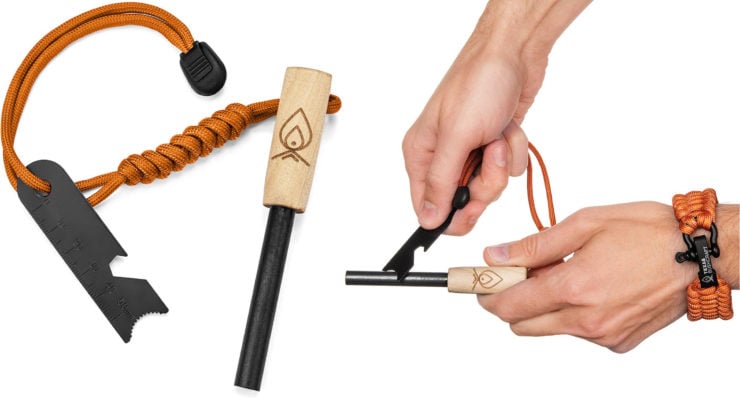 Published by Ben Branch - October 28th 2019
Related Posts
A Radioplane OQ-3 Engine – A Story About Marilyn Monroe, Ronald Reagan, And Drones That Were Designed To Be Shot Down