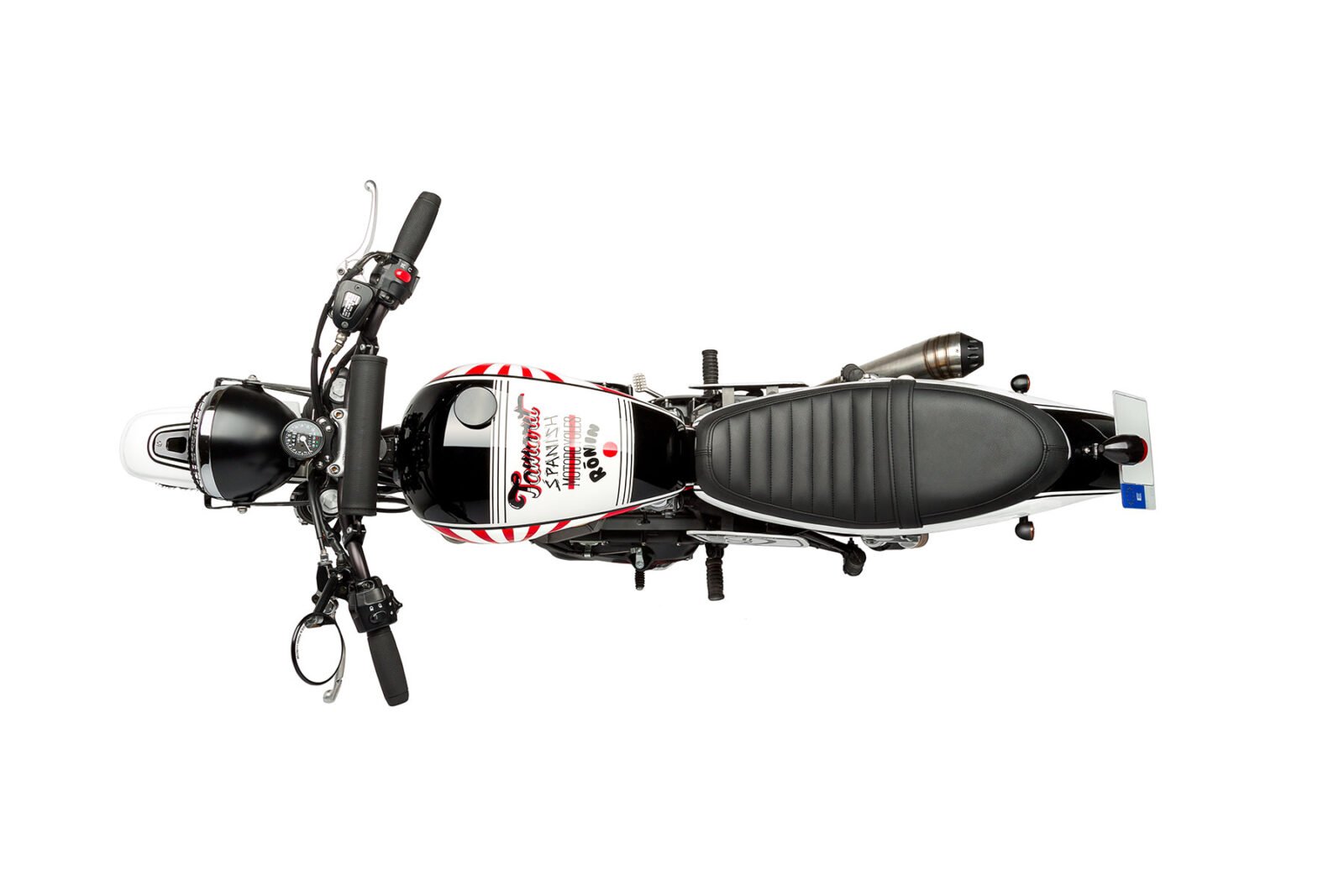 Tamarit Motorcycles is a Spanish custom motorcycle and parts company who have turned out some of the best looking and most usable Triumph Scramblers we’ve seen over the past few years.

Their builds are typically characterised by practicality – they’re designed to be bikes that are ridden everyday rather than just on weekends. This bike was a little more special than most because it was developed specifically for Enrique Berna – a team member at Tamarit Motorcycles who decided he needed a new bike.

The build took 45 days in total, it started life as a 2004 Triumph Bonneville with the standard 865cc parallel twin. In order to improve its off-road abilities the team replaced the stock rear springs with a pair of Öhlins shocks, the handlebars were swapped out for a pair of Renthals topped off with a pair of Biltwell grips.

Those chunky tires are the famous Continental TKC 80s – a tire choice that’s becoming almost de facto on scramblers now thanks to the fact that they’re actually usable on the road too.

One of the benefits of being a parts supplier and manufacturer is that Tamarit can use many of their own off the shelf components on their builds – this bike is fitted with the Tamarit Scrambler Seat, the Highsider black mirrors, black blinkers, crankcase cover, chain cover, and the classic Great Bastard front mudguard.

The completed bike has been finished off with a stellar paint job done in-house by the boys at Tamarit too. It clearly a bike with solid and and off-road potential, making it perfect for use in a nation like Spain – with countryside that rivals some of the best in the world.

If you’d like to read more about Ronin, including a full list of links for the parts used, you can click here to visit Tamarit Motorcycles. 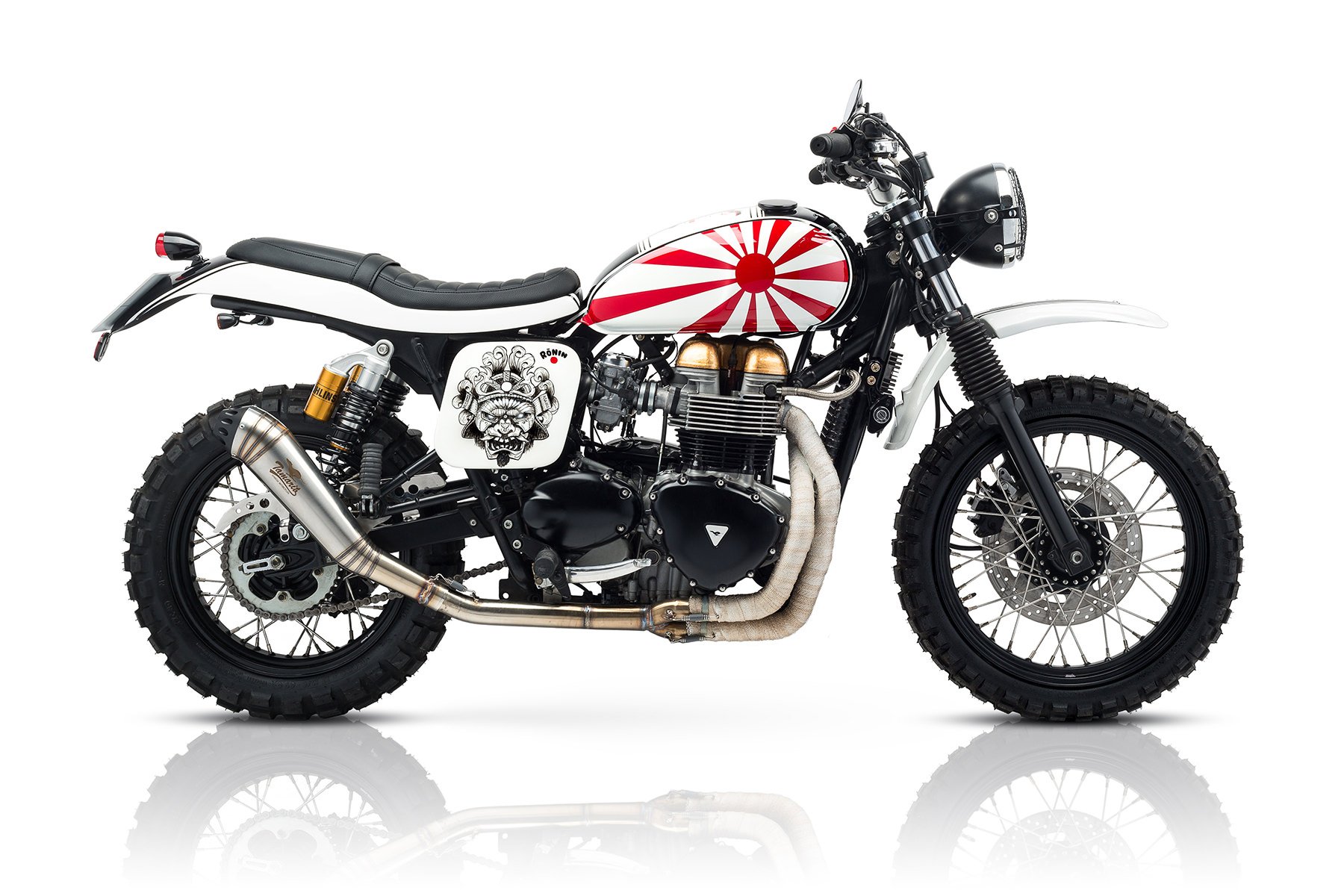 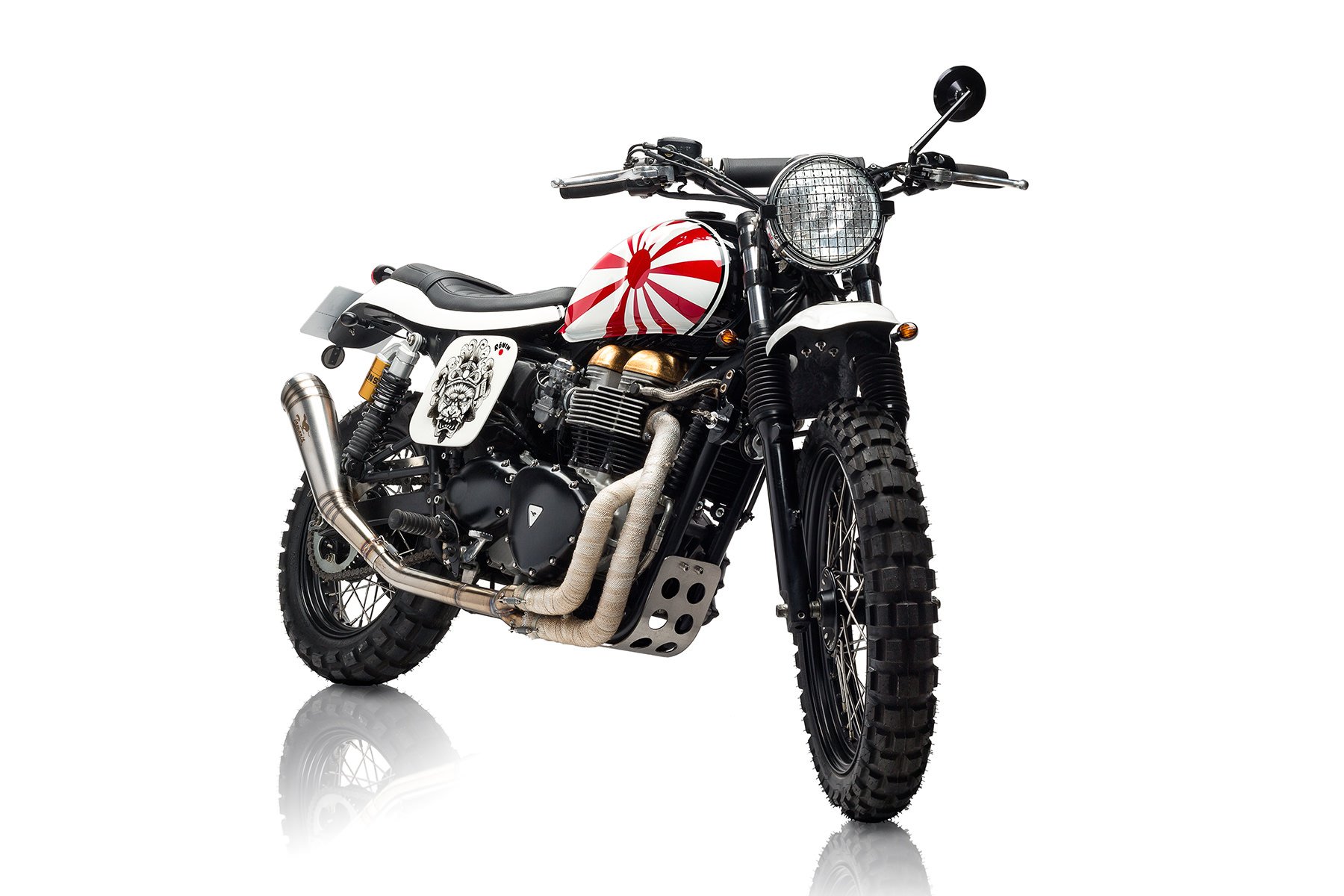 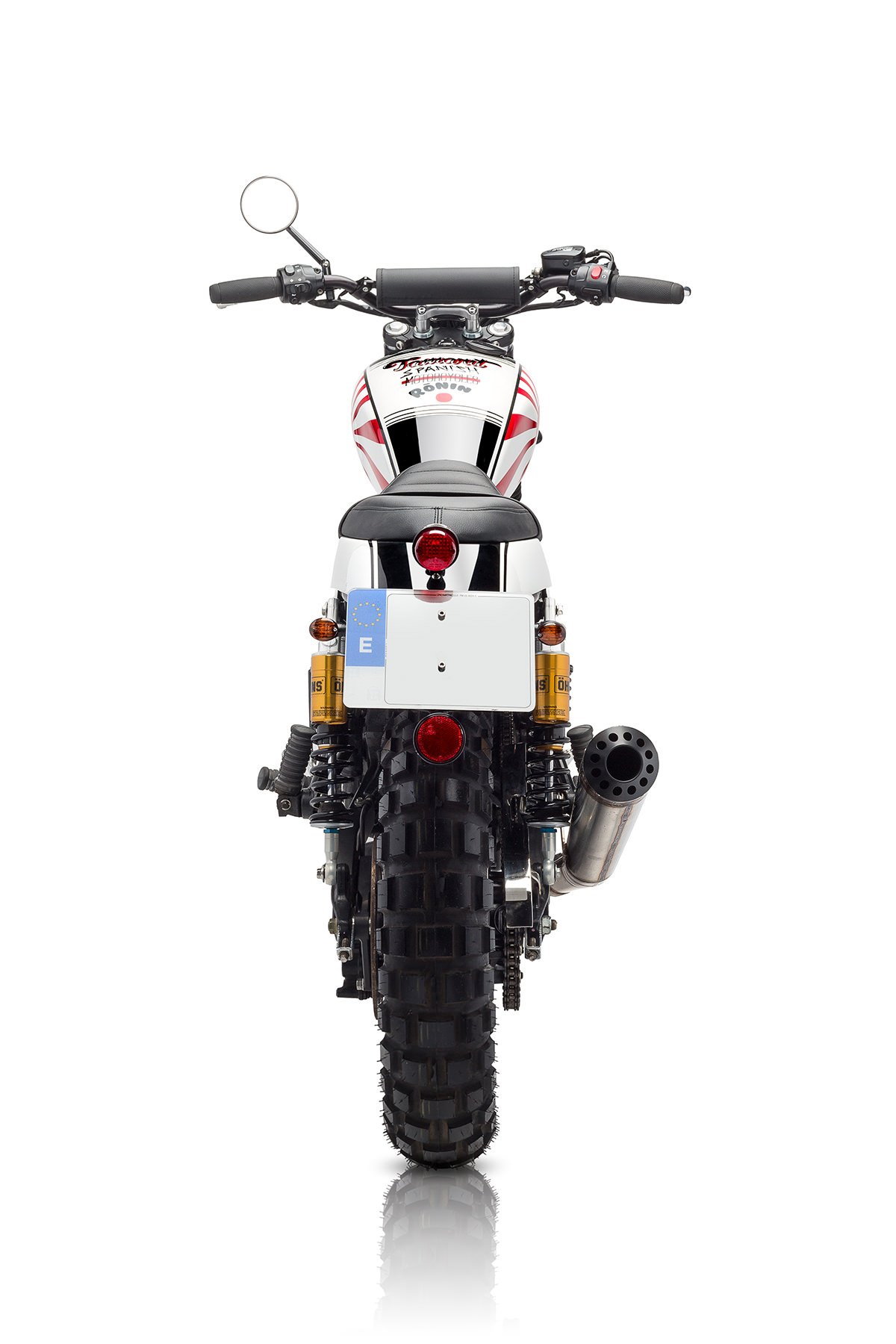 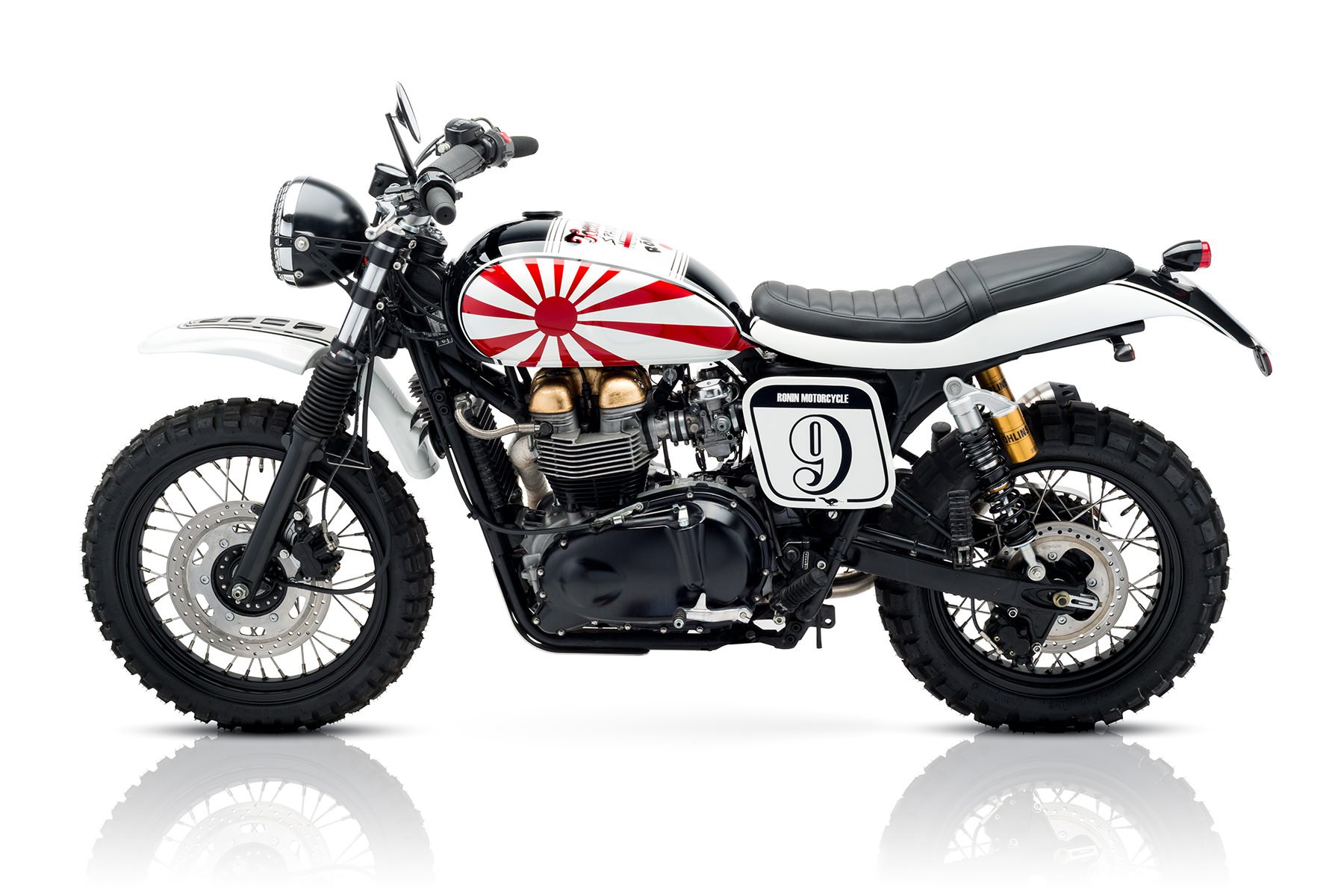 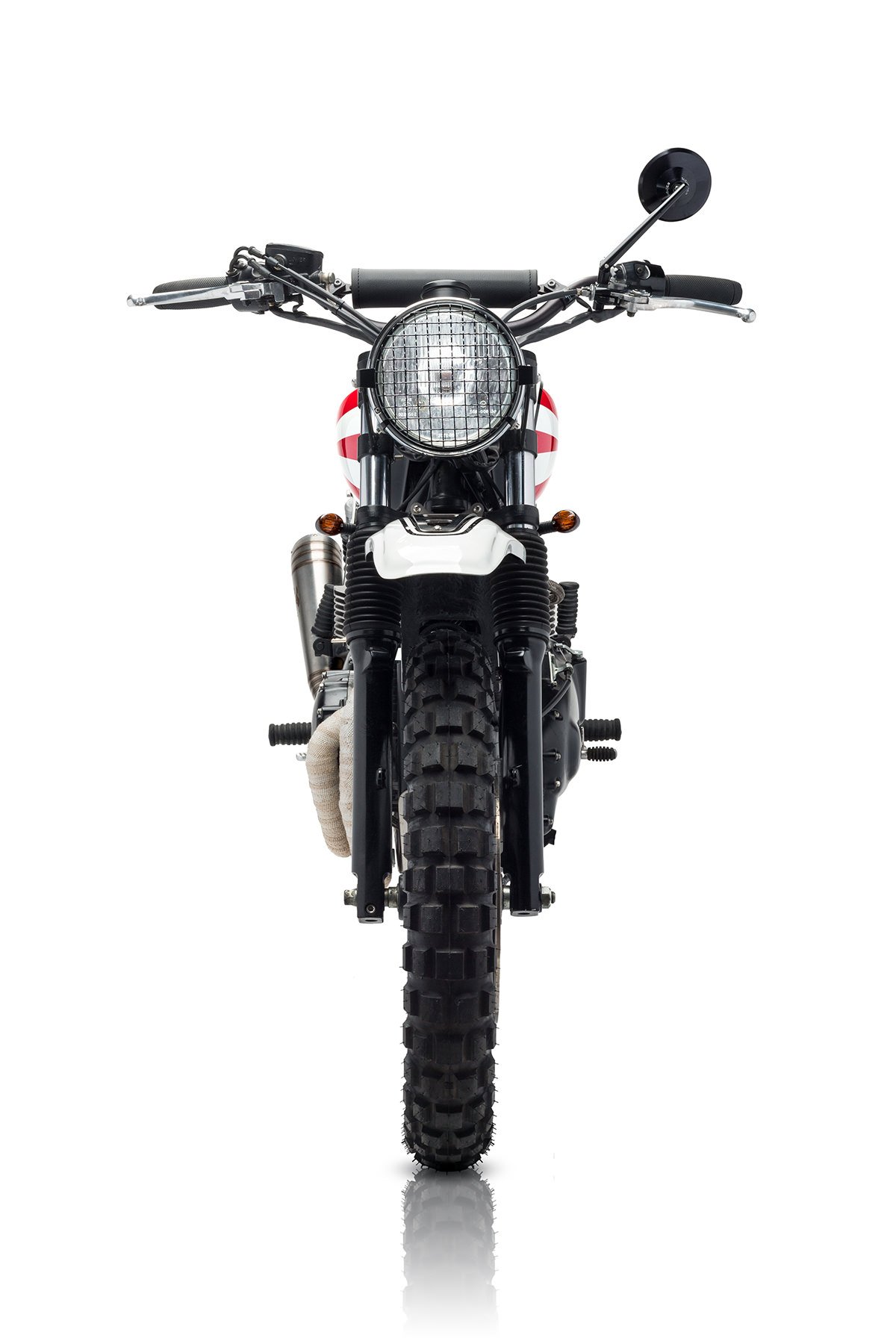 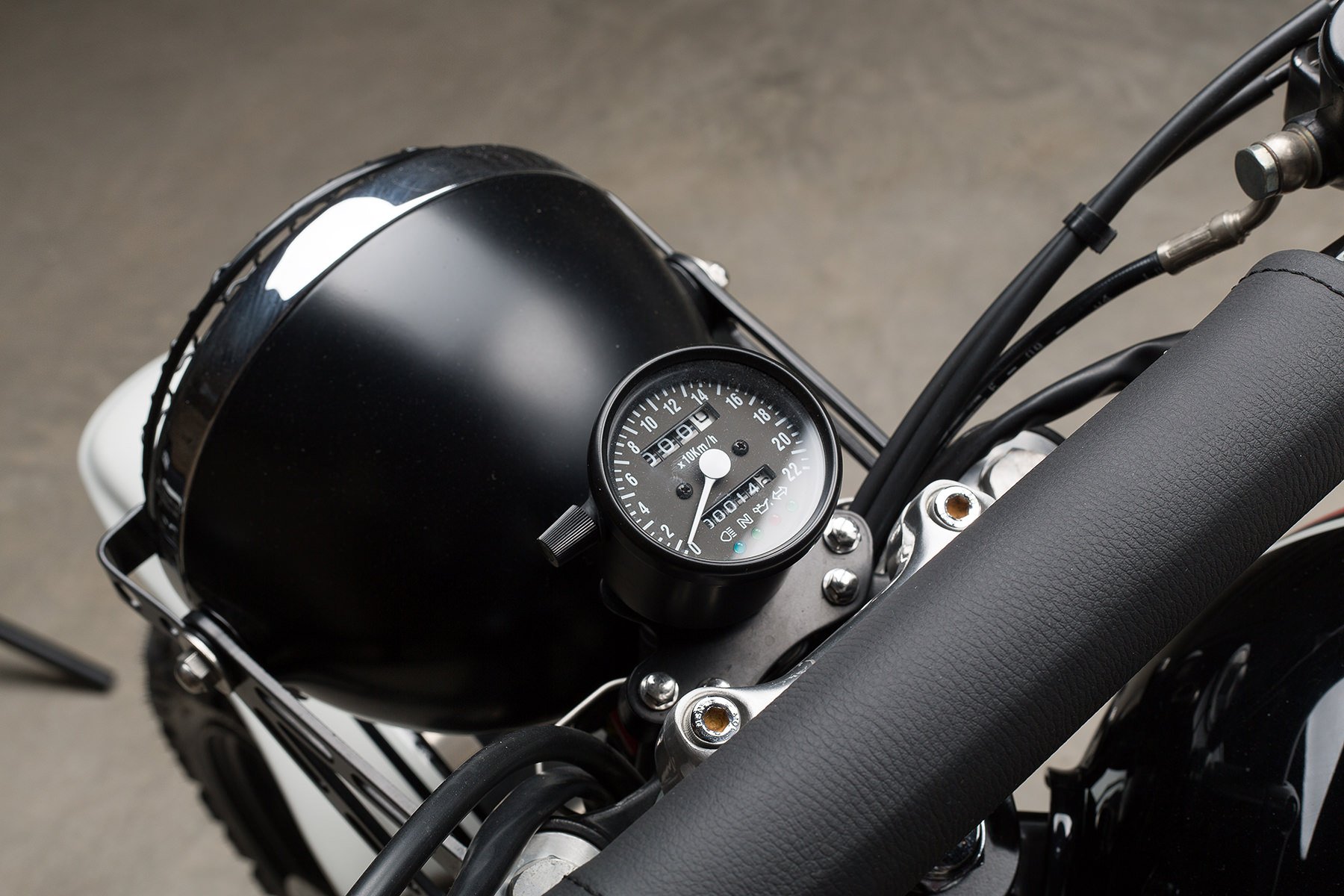 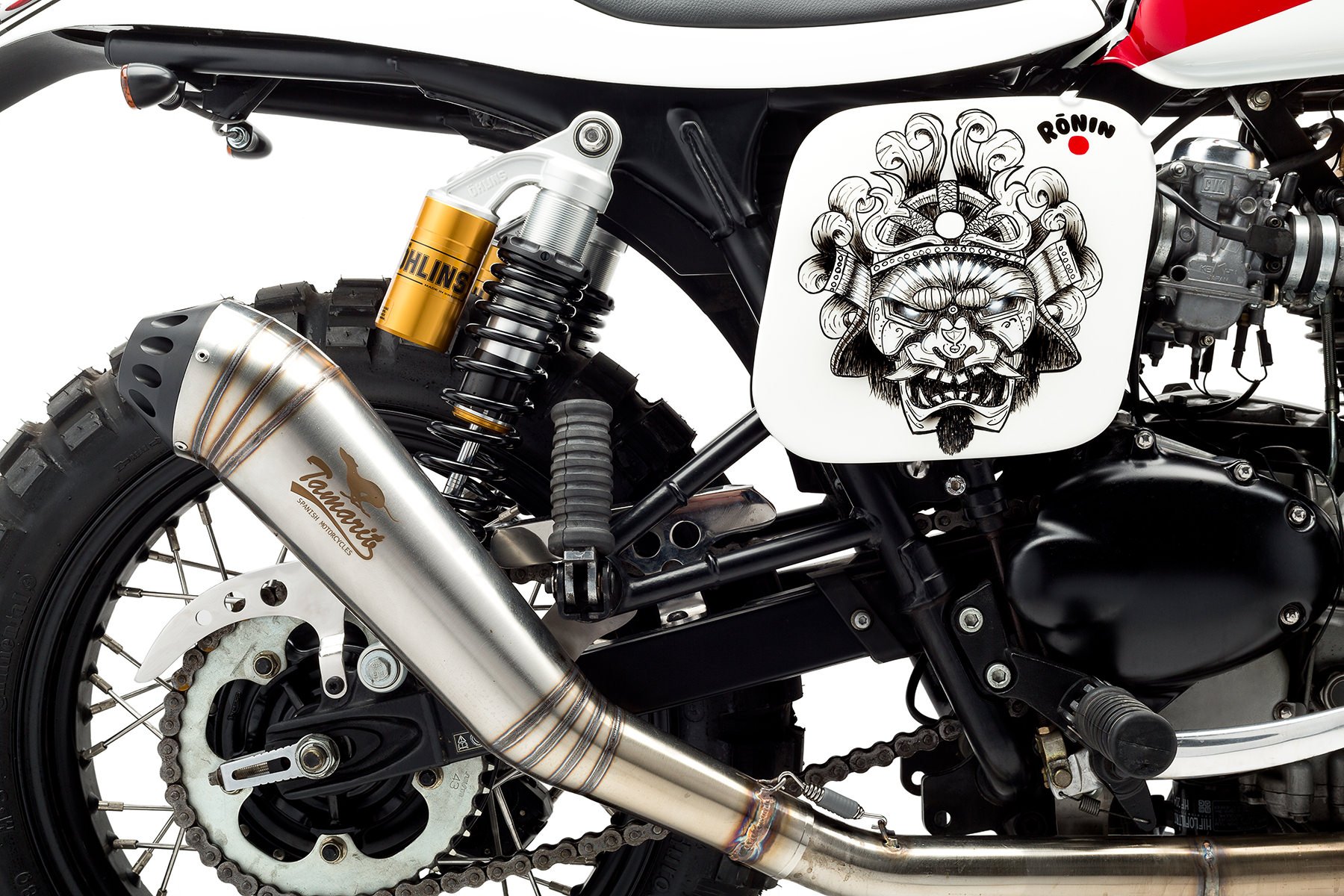 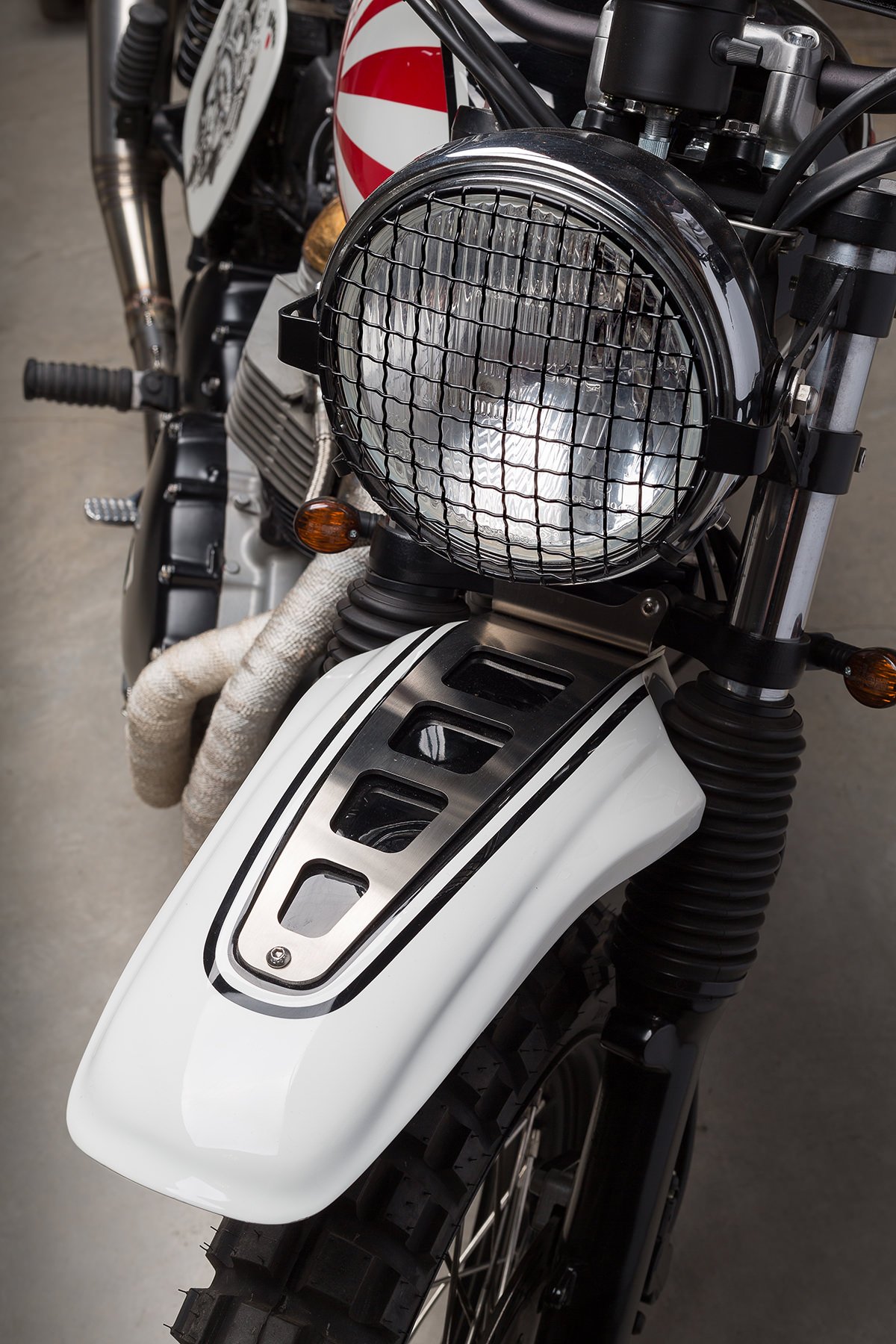 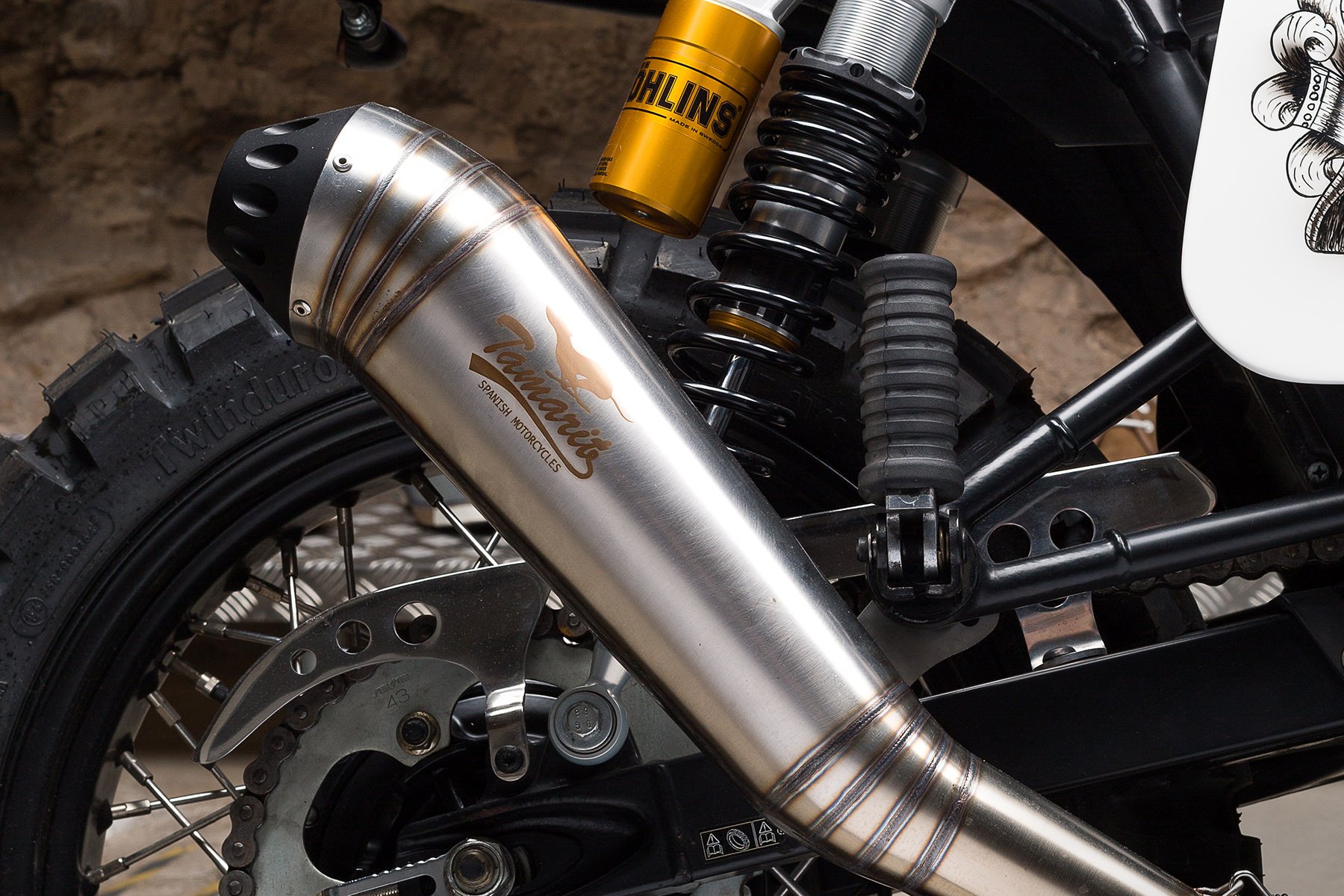 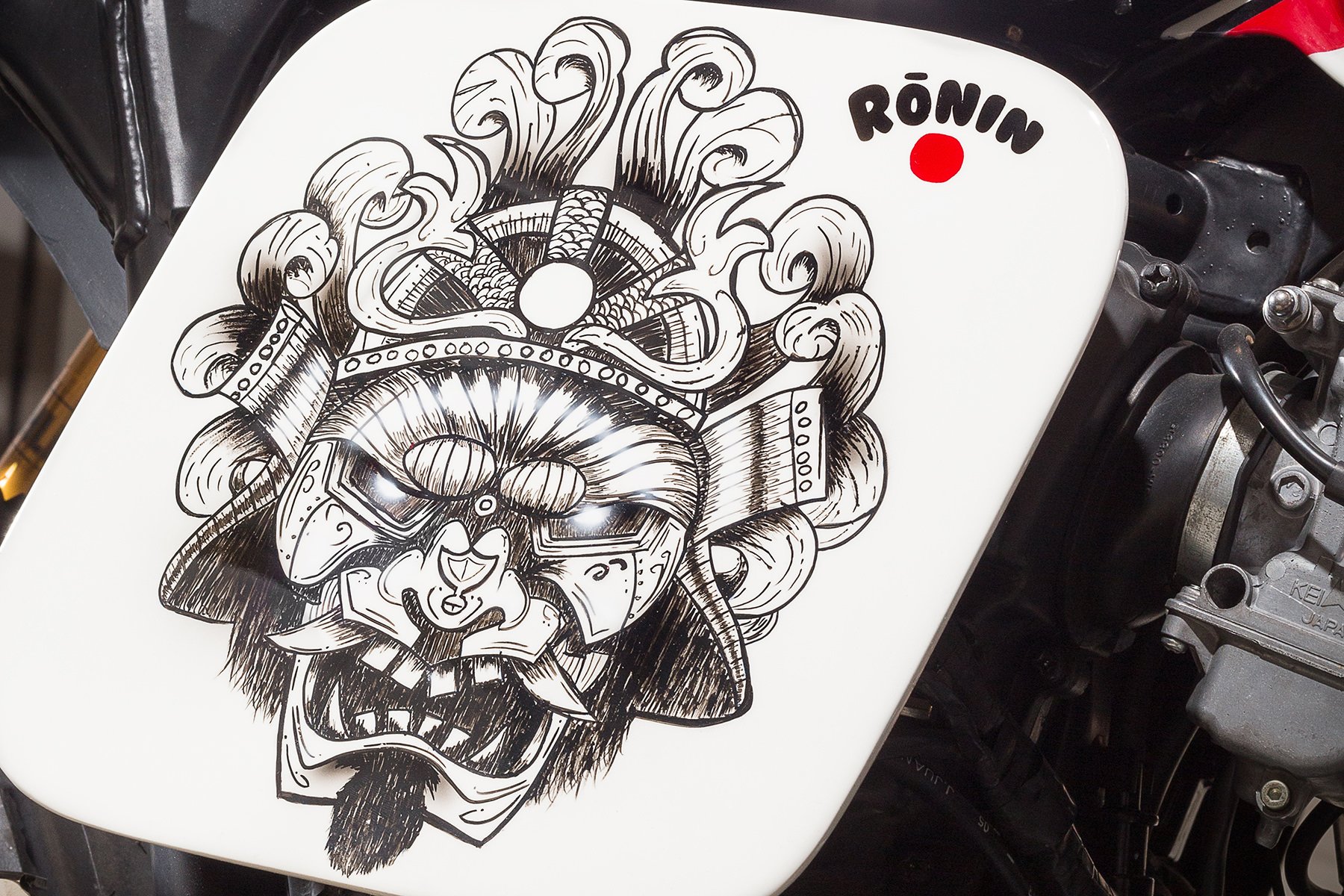 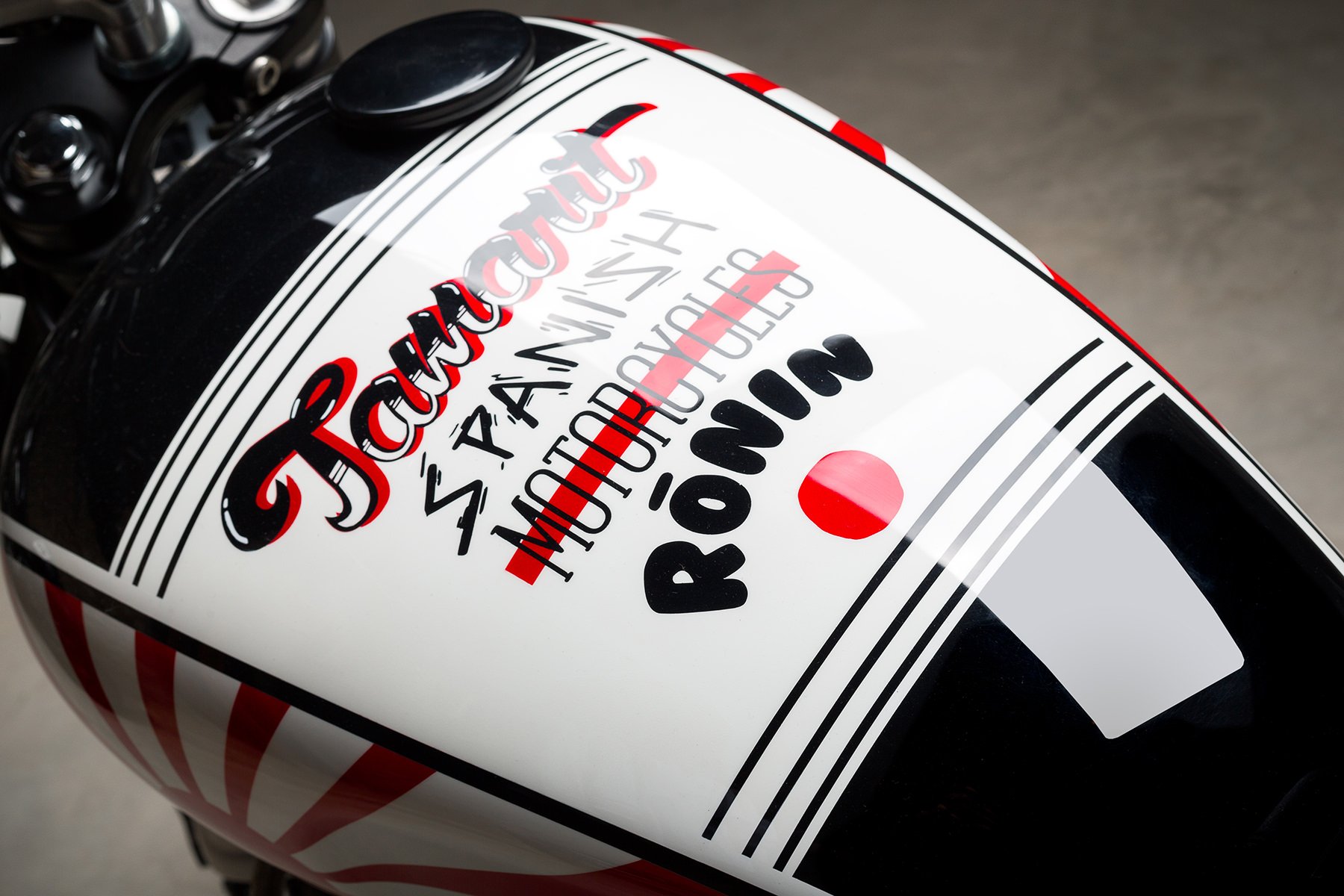 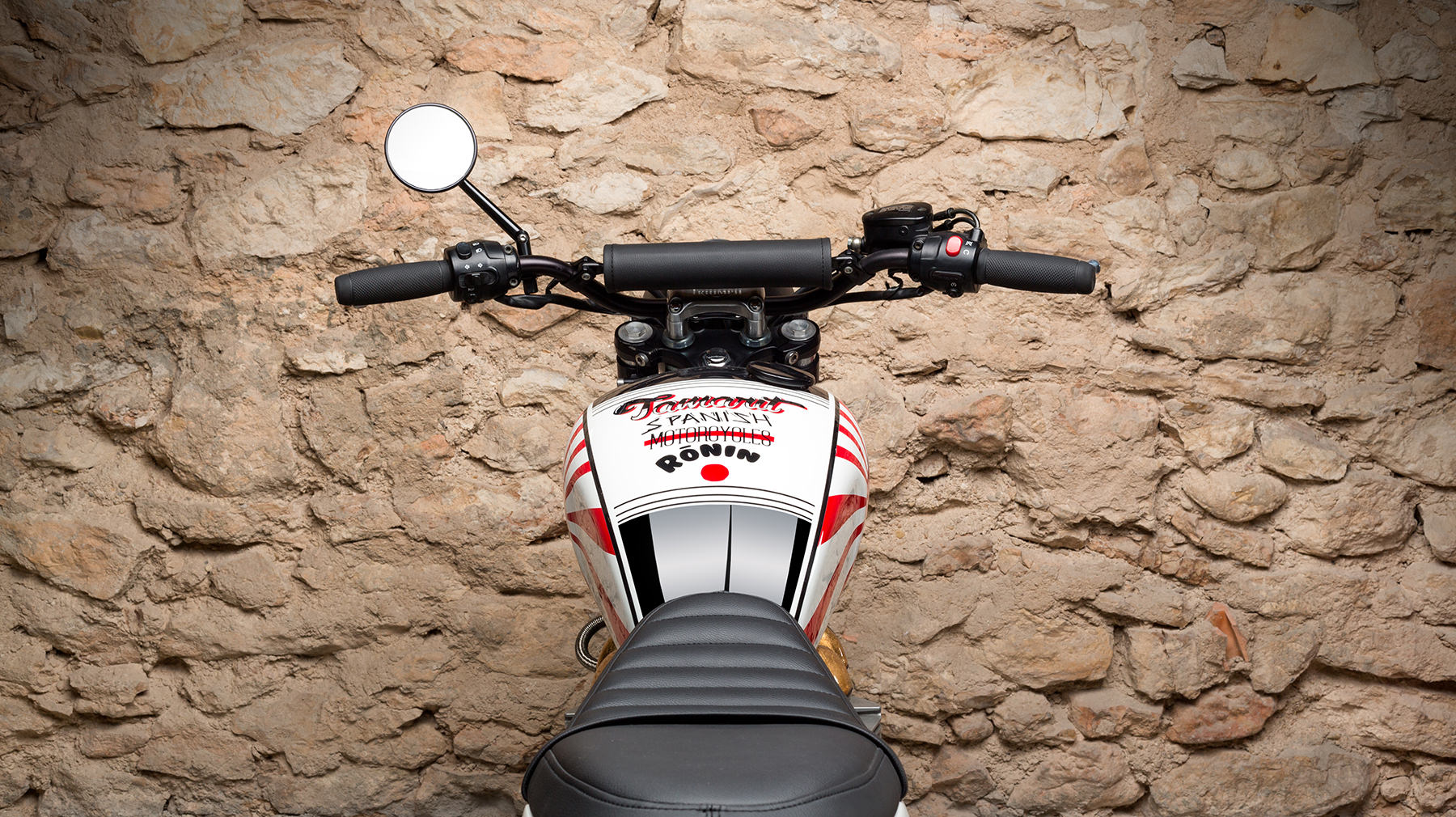 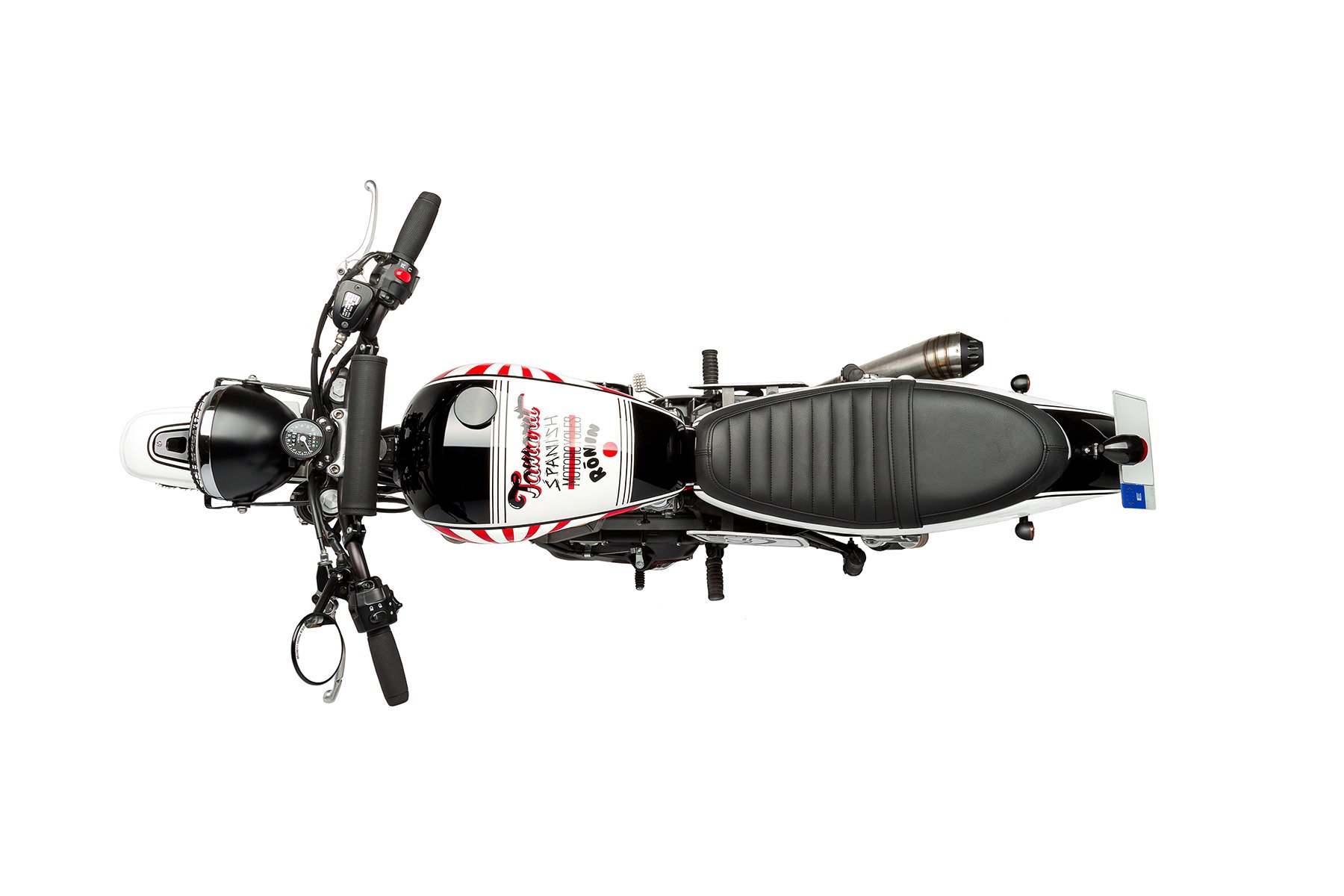