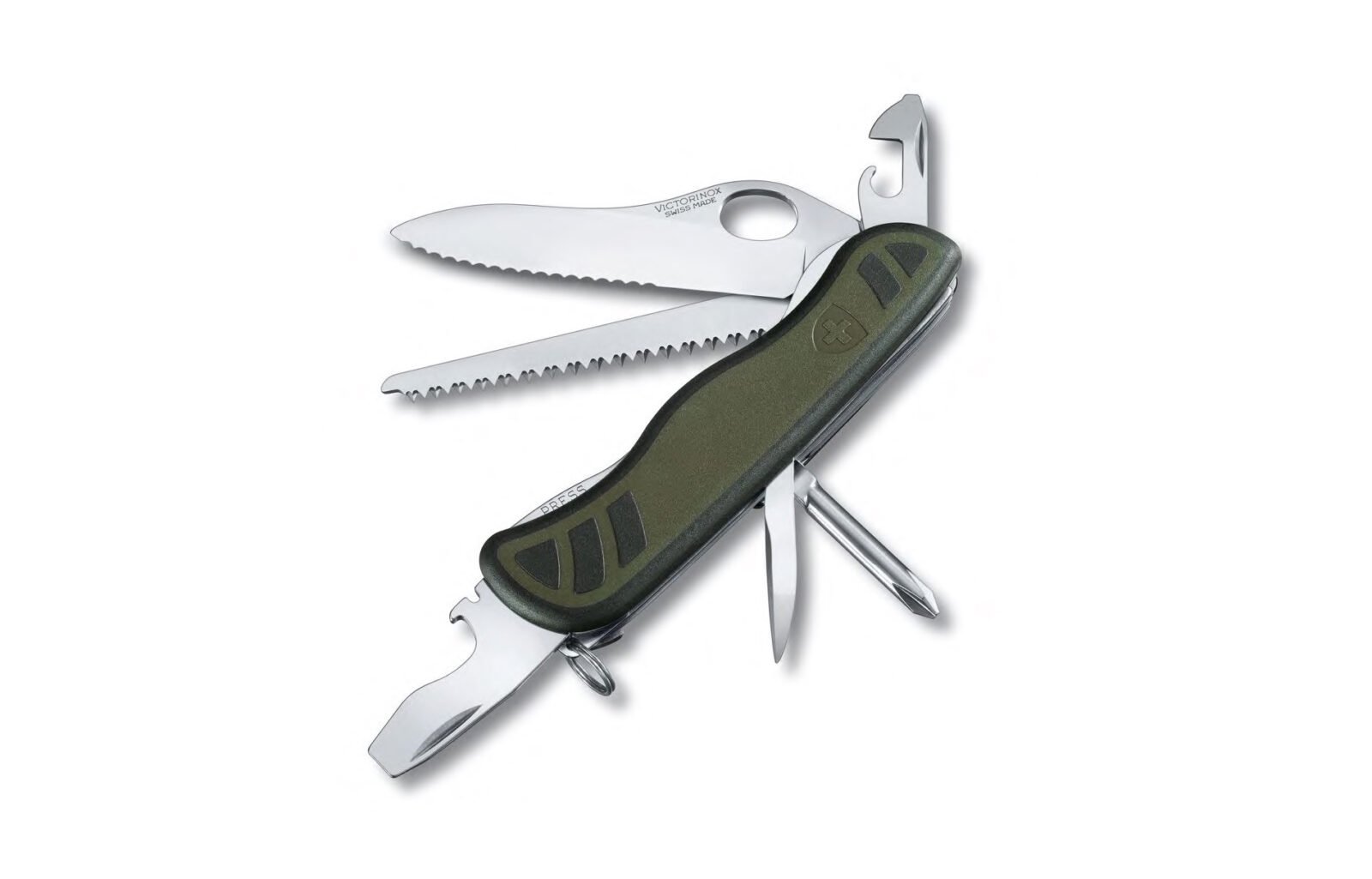 This is the Swiss Soldier’s Knife 08 by Victorinox, the manufacturer of those world-renowned Swiss Army Knives that everyone seems to have owned once or twice in their lives. Swiss soldiers have carried Victorinox pocket knives for over 137 years, and this is the latest military design from the company.

The large knife blade is locking, allowing you to use it safely without worrying about it closing on your fingers, and the bottle opener is also lockable. 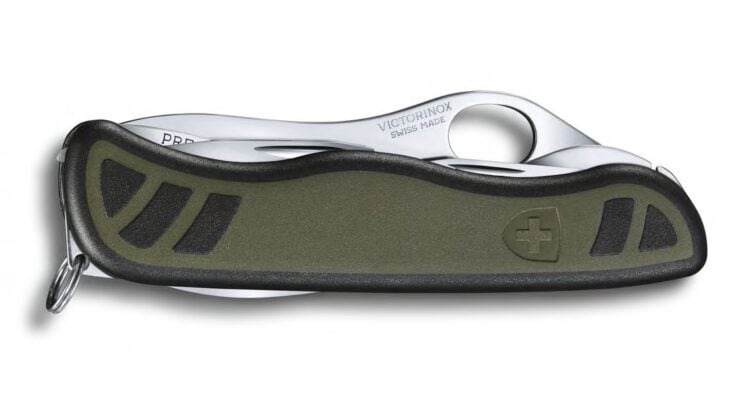 As a military-issue item the Swiss Soldier’s Knife comes only in army green.

This pocketknife weighs in at 131 grams or 4.6 ounces, and it measures 111 mm or 4.3 inches. As you may expect it comes in one colorway – army green. Victorinox guarantees all of their knives for a lifetime against any defects in material and workmanship, and they note that all of their products are made from first class stainless steel.

Victorinox is based in the town of Ibach in Switzerland, the company was founded in 1884 and it’s grown to become both the most famous and most successful manufacturer of pocketknives in the world. It’s also the only company that supplies multi-purpose knives to the Swiss military.