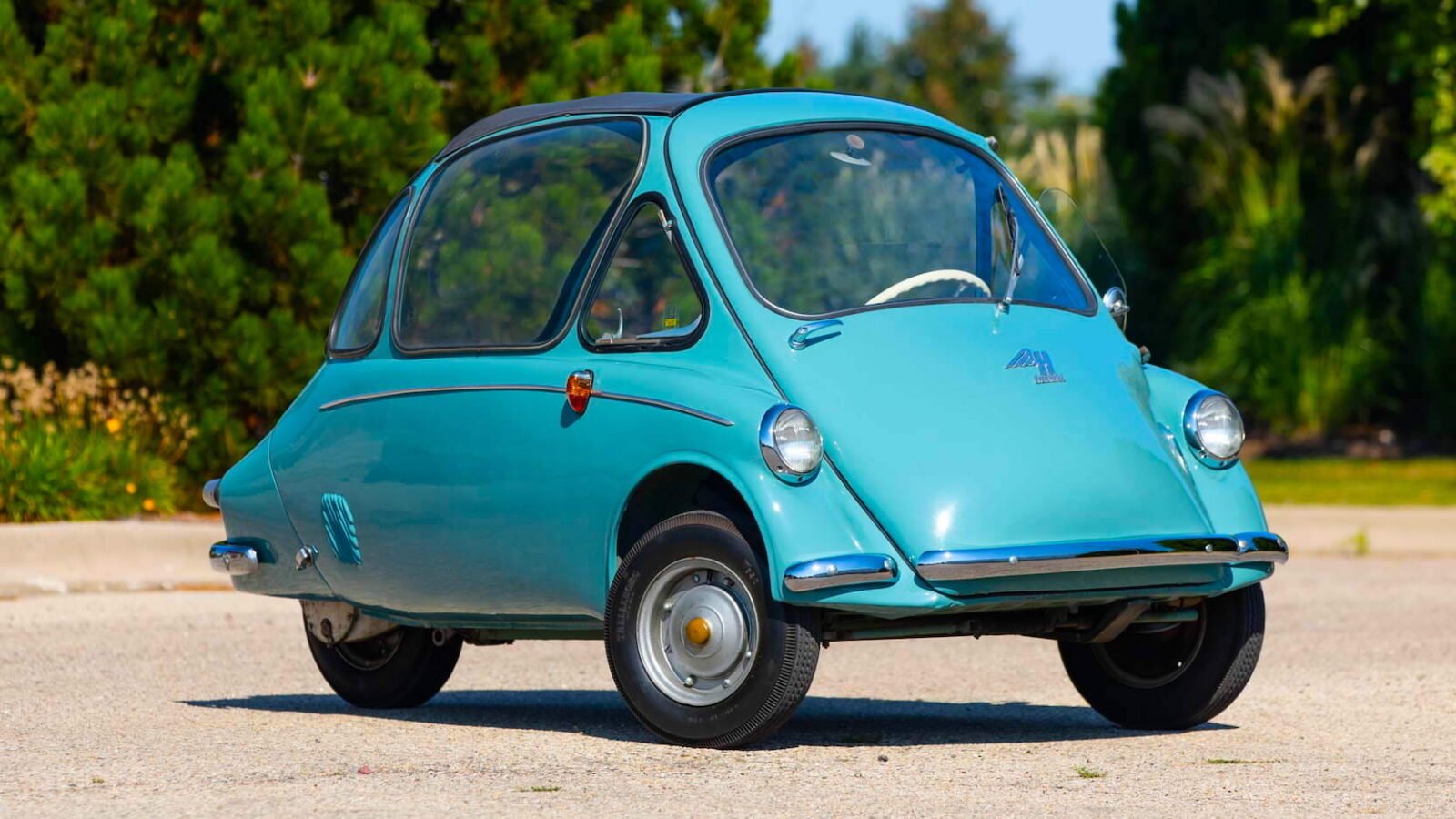 During World War II the names Heinkel and Messerschmitt struck fear into the hearts of both the military and civilian populations of all Allied countries. They were the two biggest German aircraft manufacturers, and they were responsible for the bombers and fighters that terrorized the skies over Europe.

Heinkel: From Jet Fighters To Microcars

Heinkel Flugzeugwerke was one of the most strategically important German aircraft manufacturers during WWII, if not the most important outright. The company supplied bombers like the Heinkel He 111 that allowed the Nazis to reach far across Europe bombing targets including Britain, they also flew out across the North Atlantic as a torpedo bomber targeting Allied shipping. 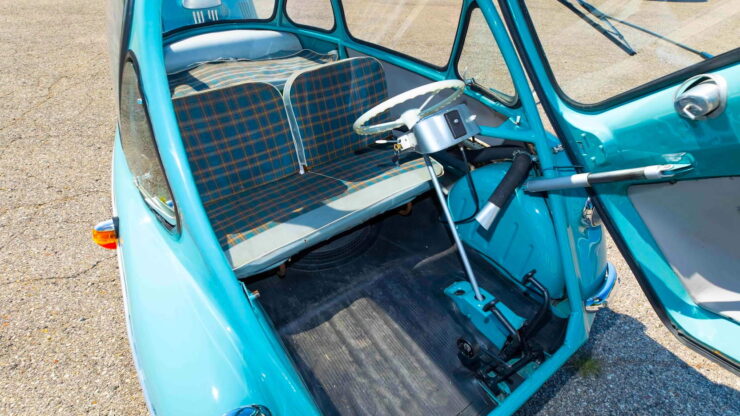 The Kabine has seating for two with some space for groceries, the car is left hand drive and it has a fabric roof that doubles as an emergency exit.

Although they were always best-known for their bombers the company was intent on challenging Messerschmitt’s dominance in fighter aircraft production. Despite showing a lot of promise the Heinkel fighters were produced in limited numbers, nothing approaching the popularity of the Messerschmidt Bf109.

At the mid-point of the war Heinkel became the first company in the world to build a functioning fighter jet prototype, the Heinkel He 280, and the company invested significant time and resources developing both jet and rocket engines for potential future applications.

After the war Heinkel and Messerschmitt were banned from building aircraft, for obvious reasons, and so Heinkel turned to building bicycles, scooters, and the Heinkel Kabine microcar. It was a major fall from grace for the company however it did successfully keep the firm in business, over the succeeding decades there would be a number of acquisitions, until finally in 1989 what remained of Heinkel was absorbed by Airbus.

In the years immediately after WWII Europe was still reeling from the death and destruction that had ravaged the continent from 1939 till 1945. Supplies of everything were in short supply, particularly steel and gasoline, but people still needed transportation.

As a result of this demand manufacturers began building small-capacity motor scooters, motorcycles, and microcars – vehicles that required little in the way of steel and gasoline, but were still capable of getting people to and from work as the rebuilding continued. 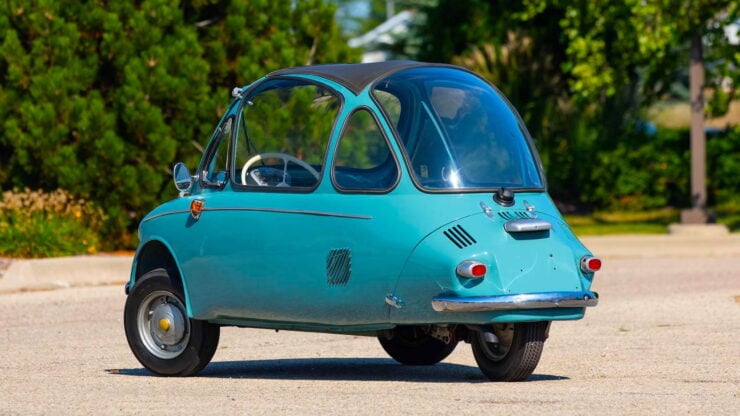 The visibility out of the car is exemplary with panoramic 360º views. The windows don’t open, so the driver would open the roof for ventilation.

Heinkel engineers developed the Kabine in the mid-1950s, almost certainly with some influence from the Iso Isetta and its German-made cousin, the BMW Isetta. Unlike the Isetta, the Heinkel Kabine would have a relatively short production run of just three years between 1956 and 1958, though they would later be built under license in Ireland and then later in the United Kingdom by Trojan Cars until 1966.

All cars were powered by a single-cylinder, air-cooled, four-stroke engine with overhead valves, and power varied between 9.1 hp on the Type 153 to 9.9 hp on the later 154 cars. The Kabine offered a comfortable interior with excellent 360º visibility thanks to the bubble-like windows, and unlike many microcars it came with a four-speed transmission with a reverse gear – offering much easier parking for its owners.

Relatively few examples of the Heinkel Kabine have survived to the modern day, so it’ll be interesting to see what the car shown here sells for when it crosses the auction block with Mecum later in October.

It comes with owner’s and workshop manuals and it has a light blue paint scheme over a plaid pattern interior. The listing explains that the fuel system was recently refreshed with a rebuilt gas tank and carburetor.

If you’d like to read more about this unusual German microcar or register to bid you can click here to visit the listing. 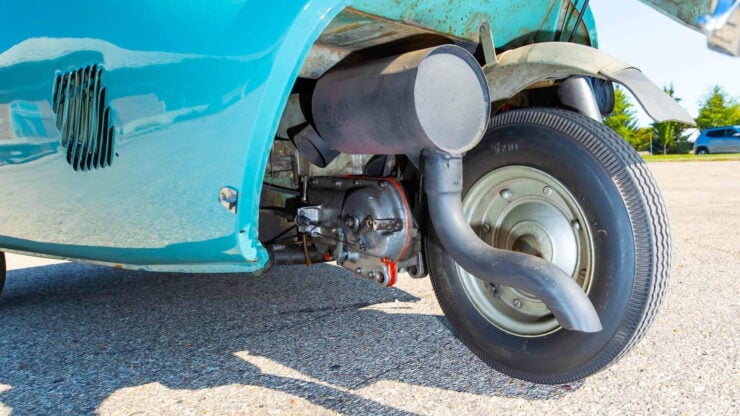 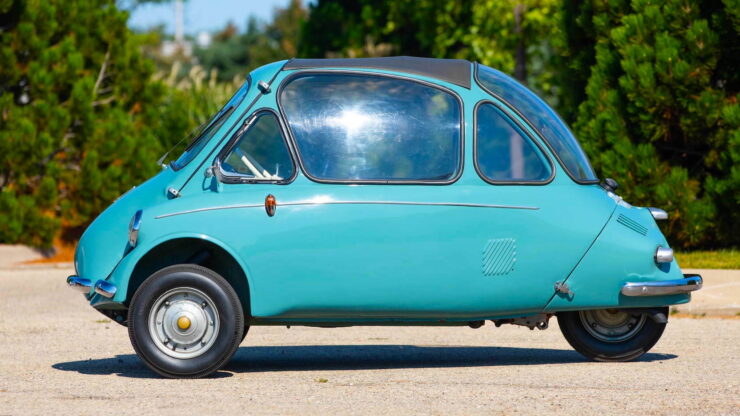 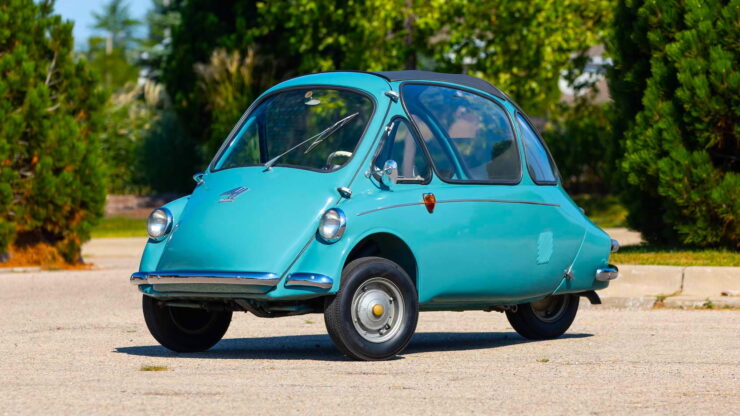 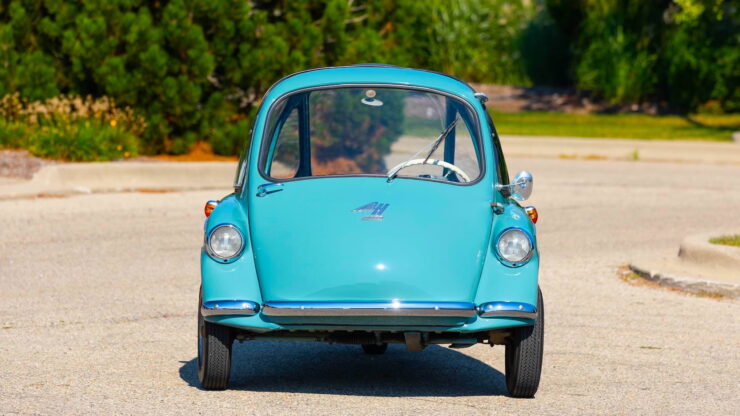 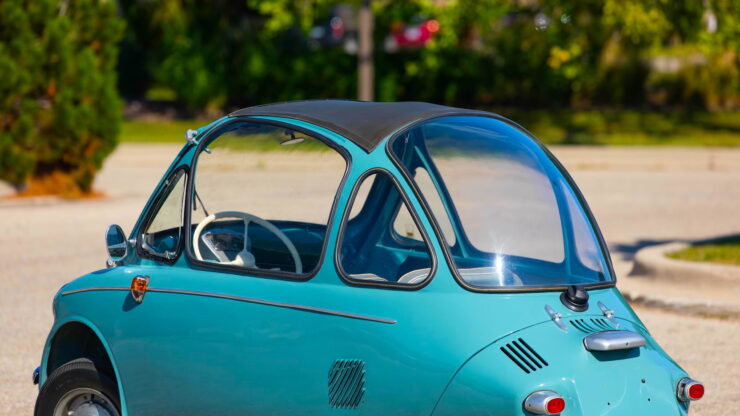