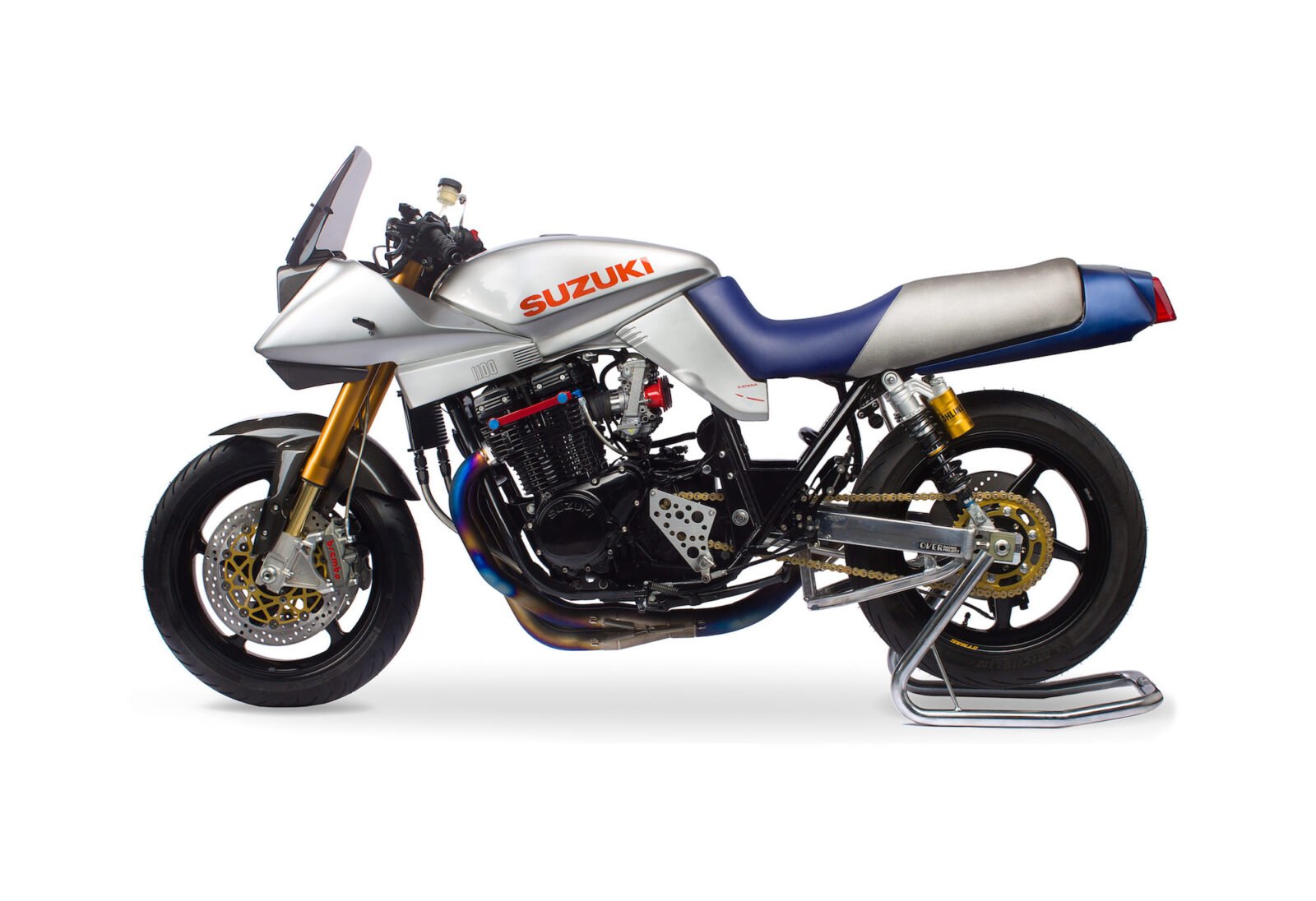 When the Suzuki Katana was introduced in late 1980, it was billed as the fastest production motorcycle in the world thanks to its 1100cc inline-4 – an engine borrowed from the mighty Suzuki GS1100.

Interestingly, the Katana started life in Germany, Suzuki Deutschland requested a motorcycle that would appeal directly to their local market – so the German firm Target Design was hired, and the project was headed by former BMW Motorrad head of design Hans Muth. Muth was joined on the project by Jan Fellstrom and Hans-Georg Kasten, and the men set about creating something interesting using the Suzuki GS1100 as a foundation.

The design of the new Katana was nothing short of startling to many, its angular lines and the way its fairing, fuel tank, and seat were all blended into a single visual form were unique for the age – and they’ve been hugely influential to motorcycle designers ever since. In fact if you didn’t know better, you could easily think its a modern motorcycle.

The Suzuki Katana you see here has been modified significantly over stock, many of its upgrades are the exactly what the original engineers would have used back in the late-70s when the original bike was developed – but the technology didn’t exist yet. This Katana 2.0 is the work of ACP Customs based out of Hamilton, Ontario. ACP was founded by Mick Ackermann in 2011, and has been turning out custom motorcycles at the upper end of the engineering scale since.

This build started with a full teardown and an examination of the parts to see what would be kept and what would be replaced. It was decided to address the weak link in the original Katana’s chain – its frame. It was reinforced with triangular, capped and curved bracing in the rear frame, and all unnecessary tabs were removed to save a little weight.

Next up was the suspension, a new triple tree was CNC milled from billet aluminium, and the front end was pulled from a 2006 Suzuki GSXR 1000 complete with upside down Öhlins, twin Brembo rotors and Brembo calipers. On the back-end there’s another Brembo rotor and caliper, with matching Öhlins adjustable shocks.

The original 1100cc inline-4 has been increased to 1200cc, and a set of 4 flat-side FCR39 Keihin carburettors have been added, along with a lightweight 4-into-1 Nitro Racing titanium exhaust system. The original electrics have been completely replaced with a new Dyna Dyna2000 digital ignition, an Anti-Gravity battery, a custom wiring harness, and a Motogadget M Unit, M Button, Motoscope Pro digital gauge, and an M Lock RFID ignition.

The completed bike is now one of the fastest street-legal Katanas in the world – if you’d like to read more about it and see the full list of mods you can click here to visit ACP Customs. 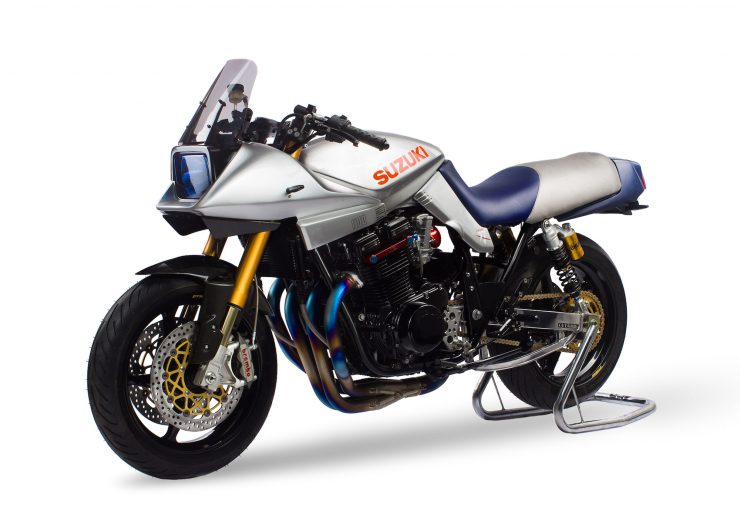 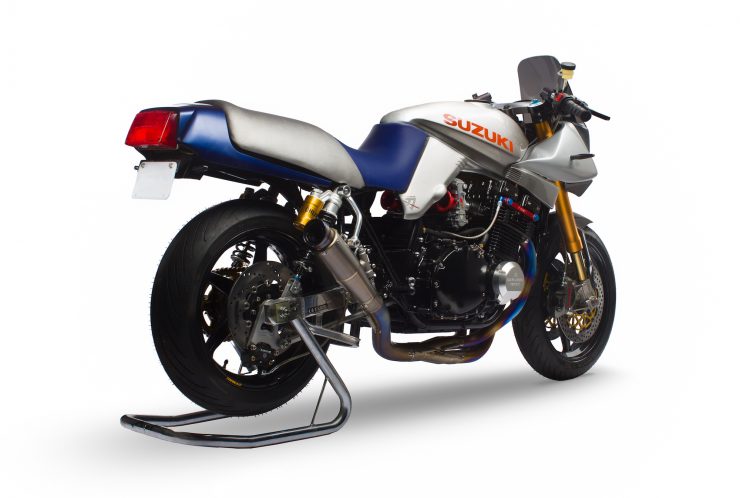 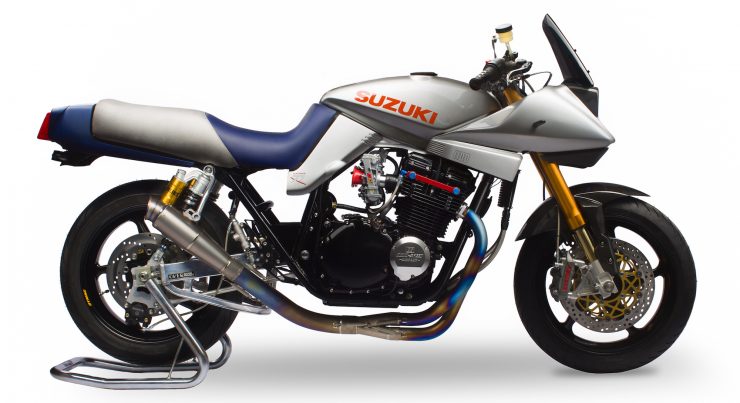 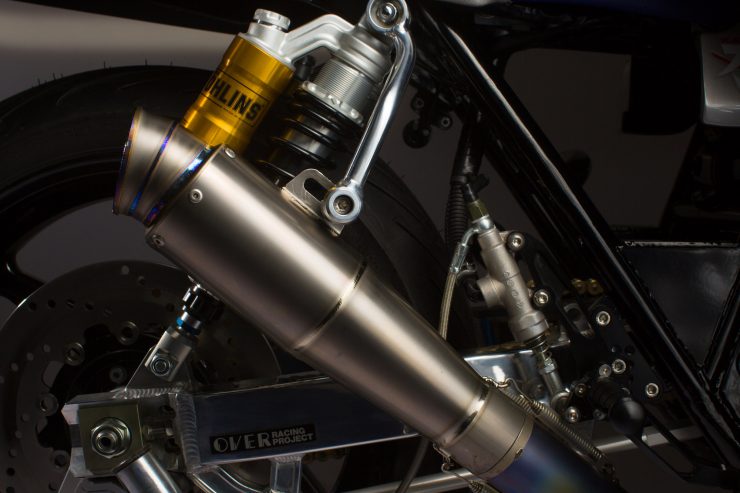 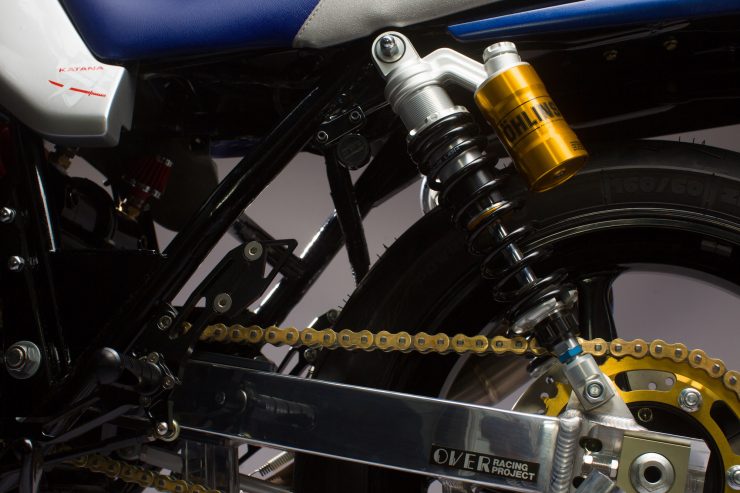 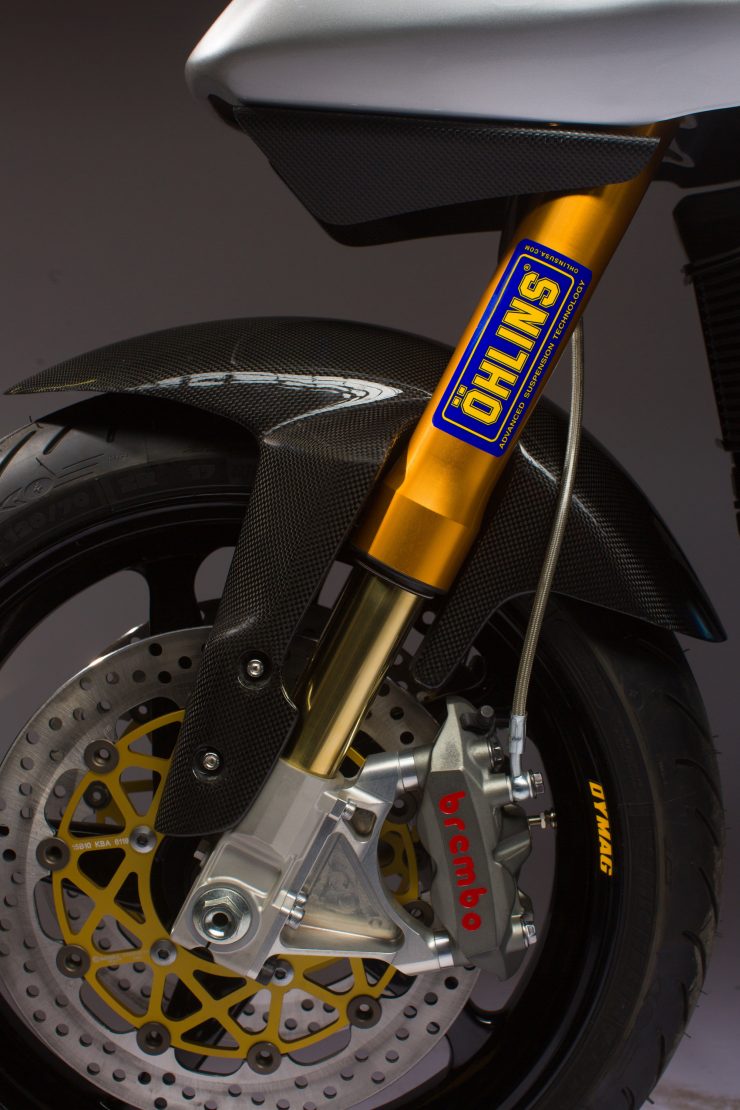 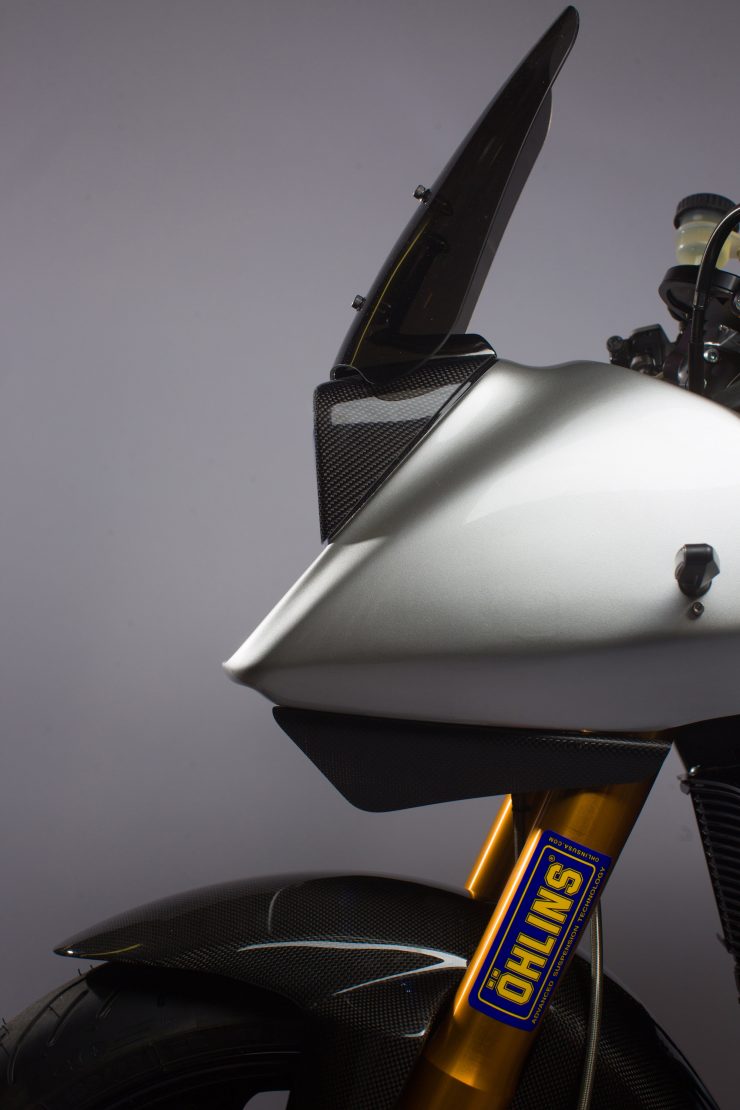 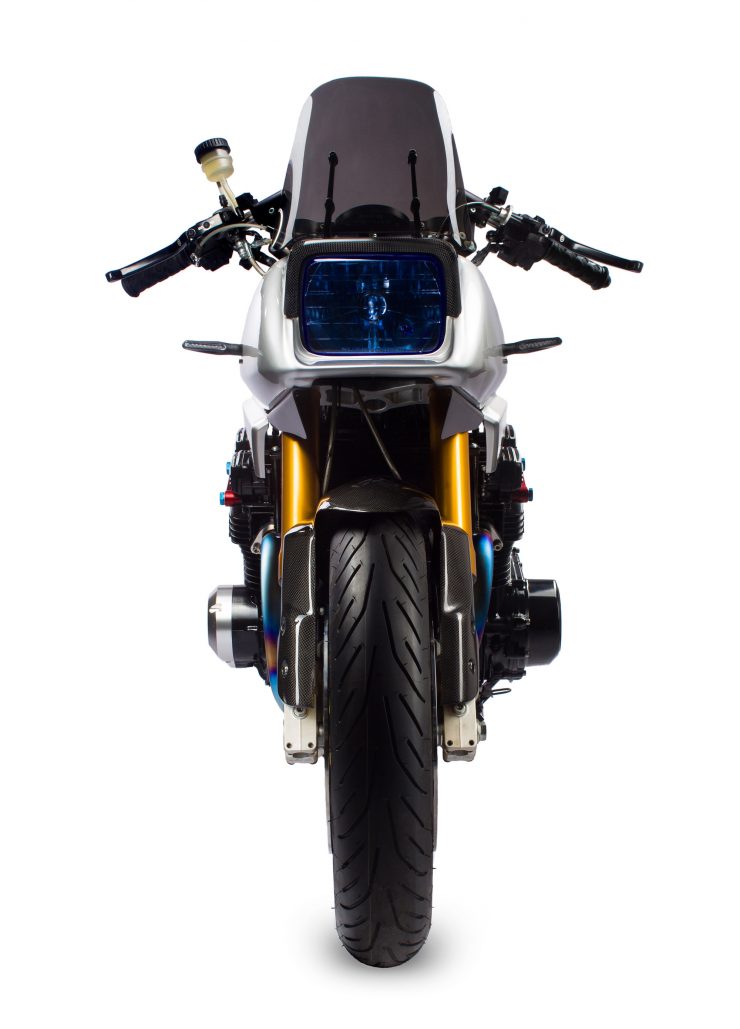 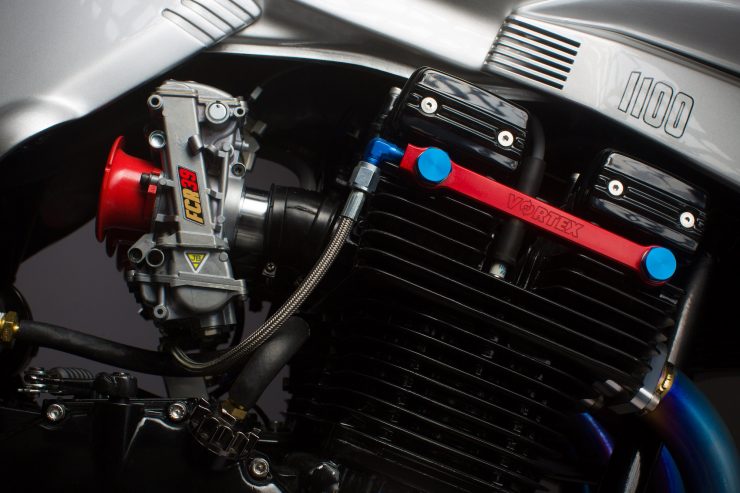 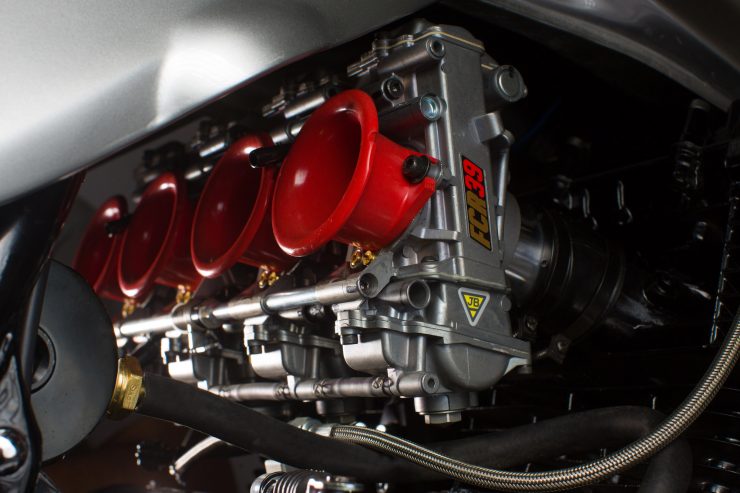 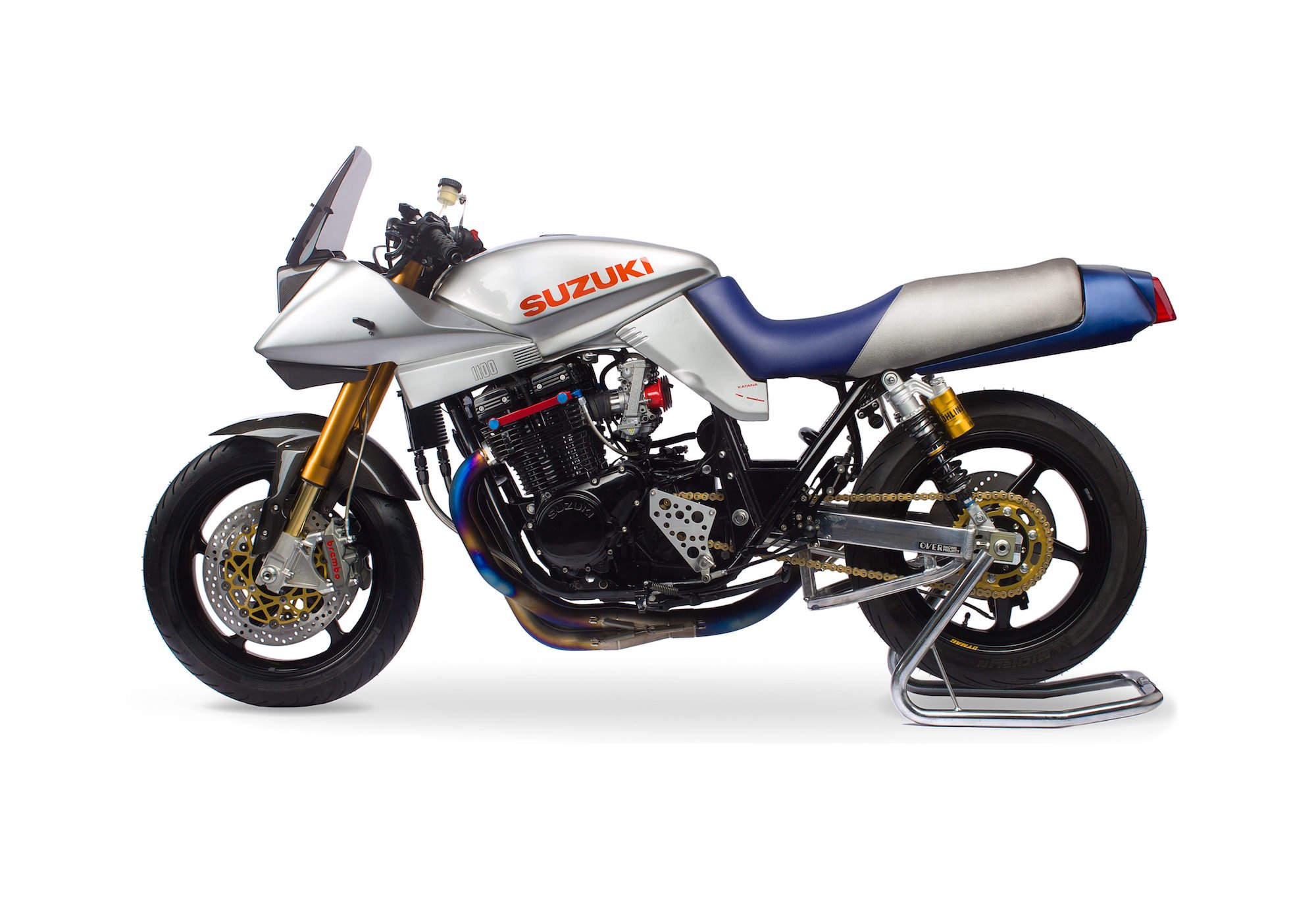