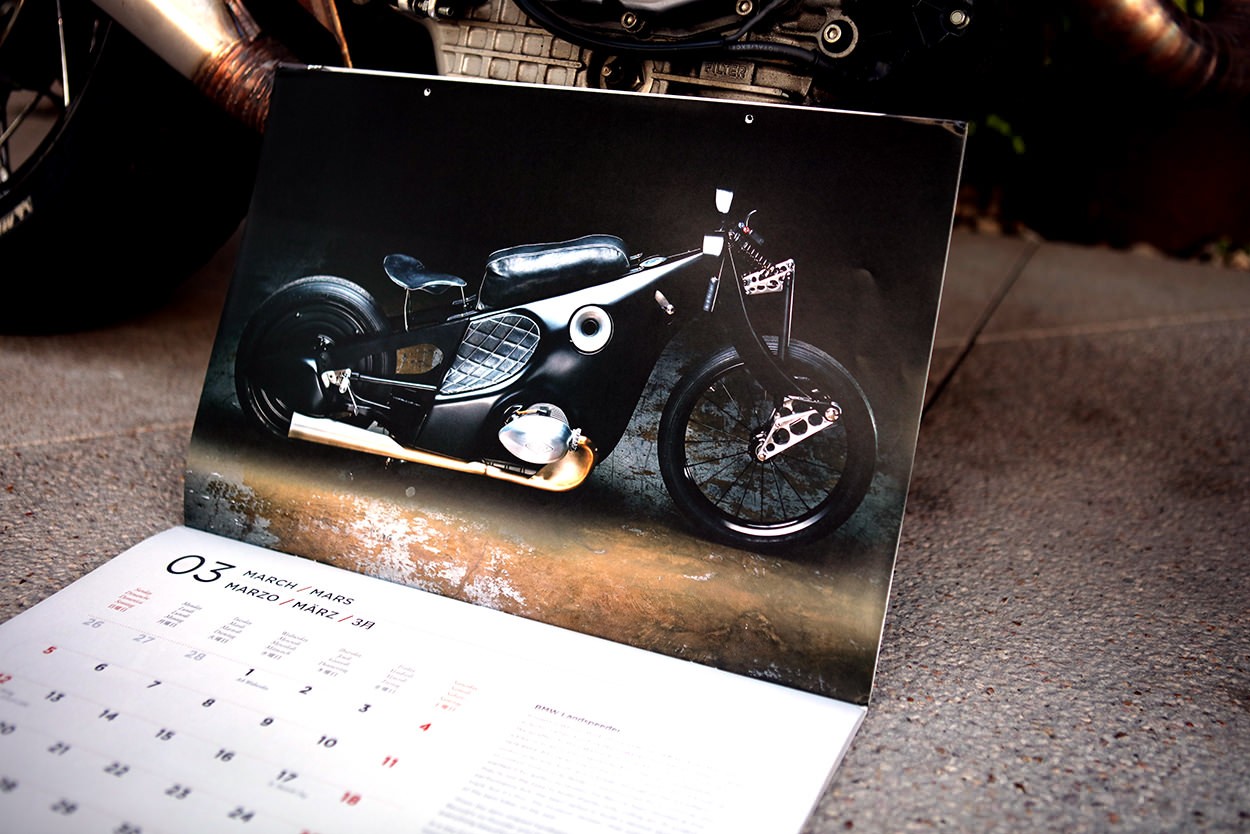 Each year at about this time the iconic motorcycle site Bike EXIF releases their annual calendar. This is a calendar you’ll see on the walls of some of the greatest custom motorcycle garages in the world, as well as the shed walls of regular folks from Illinois to Invercargill.

The 2017 calendar measures in at 17 inches × 11.375 inches and features some of the best motorcycles of last year as chosen by Chris Hunter, the founder of Bike EXIF and the calendar compiler-in-chief. With a retail price of $15.99, it’s a great way to improve your garage wall, and support a vital independent voice in the custom motorcycle scene. 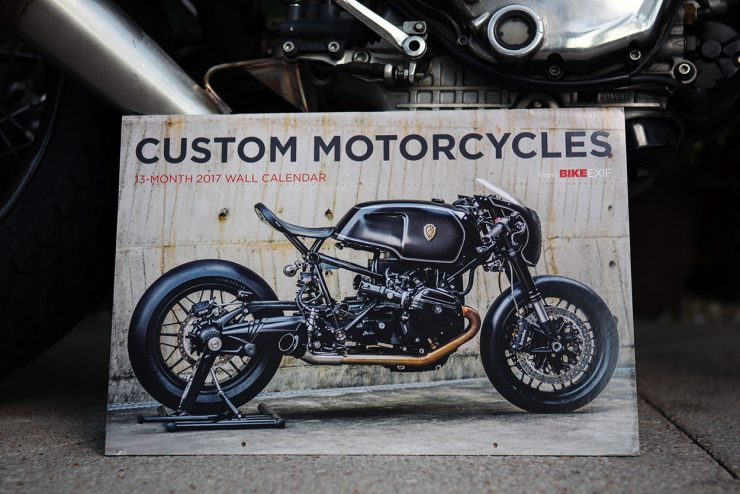 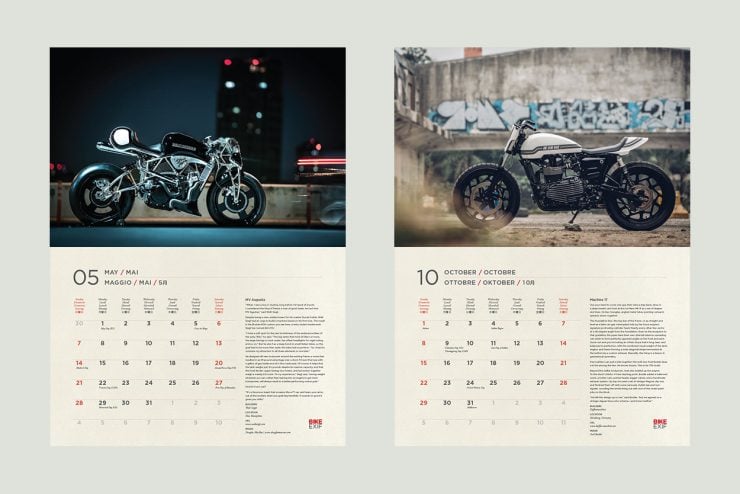 This unusual, almost alien-looking, sculpture is the work of Mike O’Connor. It started life In Maranello, Italy where it was manufactured by Ferrari as…

This is the new Jerry Can Bar Cabinet By Danish Fuel, each one is made using a real ex-military Jerry can from Europe that has…

This aircraft window coffee table is made by the team at Aircraft Windows led by Benjamin Petersen, and as you may have guessed from the…