When the Suzuki GSX-R1100 was introduced in 1986 it triggered a shockwave through the motorcycle media, it was one of the first “modern” superbikes and its 128 hp engine made it one of the fastest production motorcycles the world had ever seen.

The Suzuki GSX was nicknamed the “Gixxer” early in its life and its a name that’s stuck with the model through multiple generations of production. It was a model that triggered an acceleration of the arms race that was already well underway between the big four Japanese motorcycle manufacturers – Honda, Yamaha, Kawasaki, and Suzuki.

The development of the GSX-R was led by Suzuki engineer Etsuo Yokouchi, he worked with his engineering team to create a superbike that would fundamentally change the superbike market and provide some much needed competition for the Honda Interceptor. 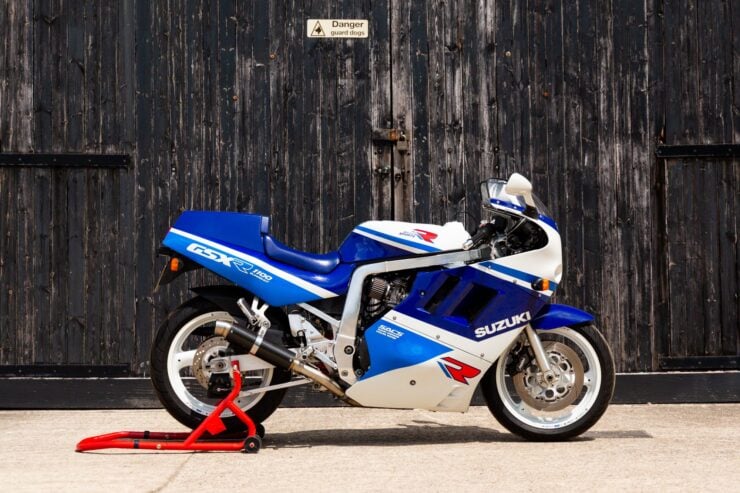 The distinctive square-section alloy frame helped reduce the weight of the GSX-R series while increasing rigidity.

Yokouchi and his team developed a new square-section alloy frame for the GSX-R that would prove considerably lighter than a comparable tubular steel duplex frame that had been used extensively by motorcycle manufacturers for decades.

The first Suzuki GSX-R was introduced in the 1984 model year but it was only sold in Japan, it was the GSX-R400 an it would set the framework for all the Gixxers that would follow. The larger GSX-R750 would arrive in 1985 and this was followed by the GSX-R1100 in 1986.

Each of these three models used a lightweight square-section alloy frame, an inline-four cylinder engine with air and oil cooling, double overhead cams, and top-of-the-line brakes and suspension. All of this was wrapped in a full fairing often finished in a distinctive white and two-tone blue livery.

In 1989 the Suzuki GSX-R1100 “K” was released. This was the model that saw the introduction of the incredibly popular 1,127cc engine, up from the 1,052cc engine that had been used in earlier years. This new engine was famed for both its 138 bhp – 145 bhp power output and its toughness, with some drag racing bikes being tuned to reliably turn out 300+ bhp. 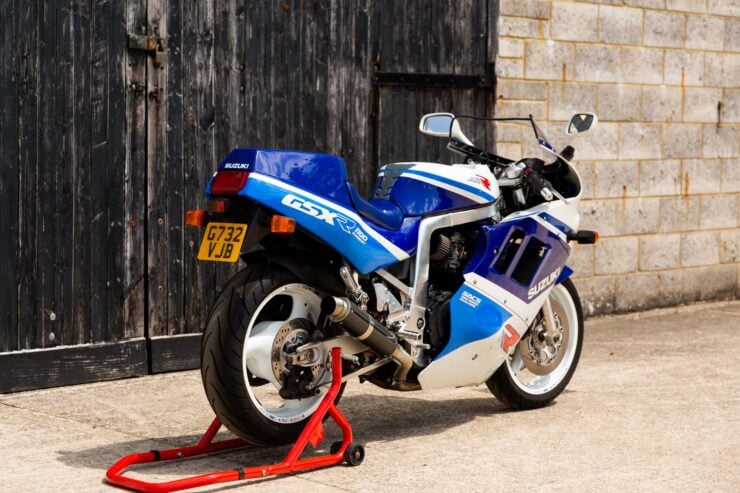 The bike you see here is a highly-collectible Suzuki GSX-R1100 K, a 1989 model year bike that was the first to receive the larger and more powerful 1,127cc engine.

The example you see here has accumulated just 13,904 miles since it was delivered new, and it’s listed as having no known damage to the frame or bodywork.

There can be no doubt that the GSX-R1100 is one of the all-time greats of the superbike world, so it’ll be interesting to see what this one sells for. It’s currently being auctioned live by Collecting Cars in the UK, if you’d like to read more about it or register to bid you can click here to visit the listing. 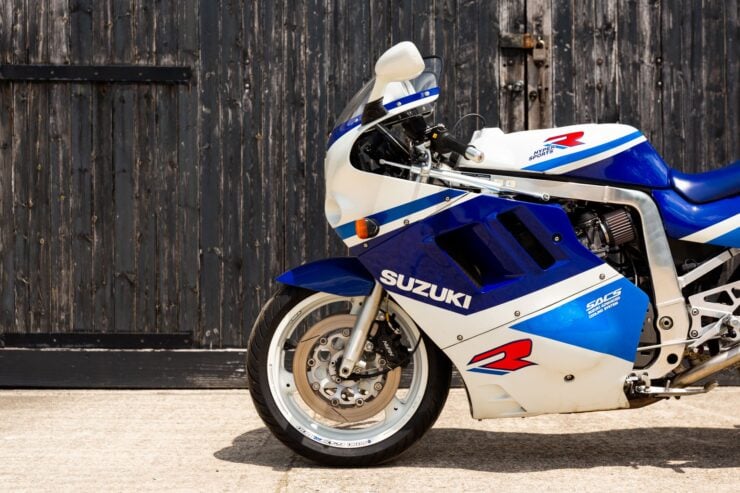 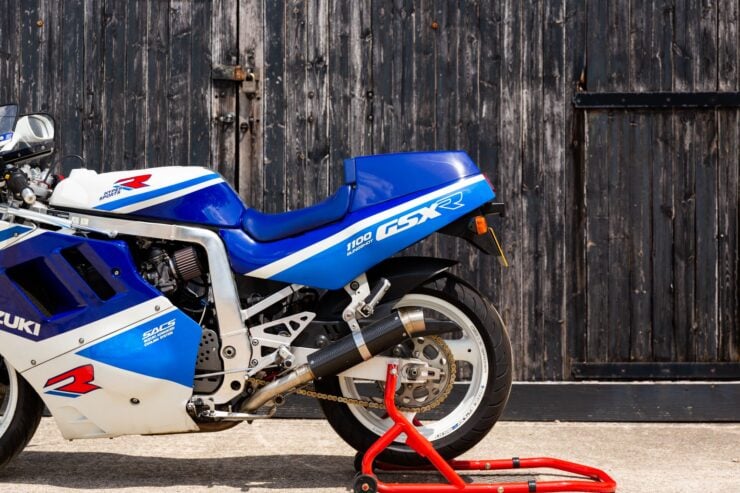 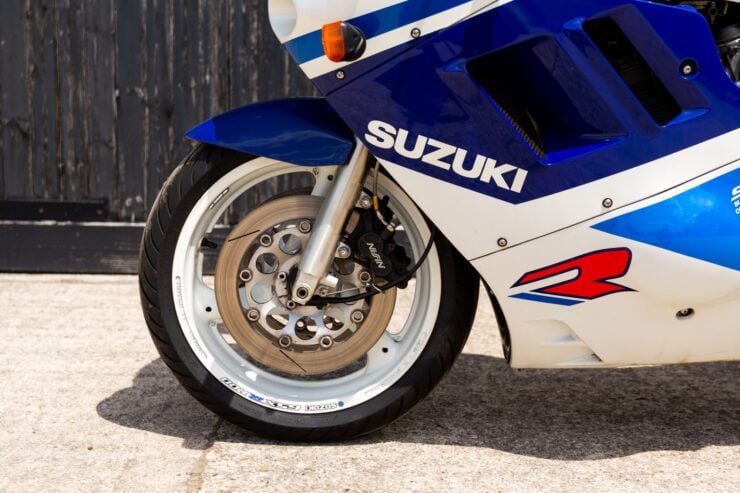 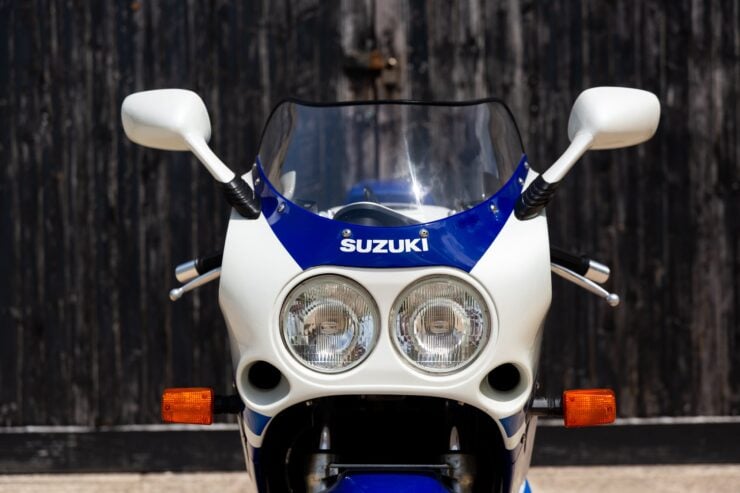 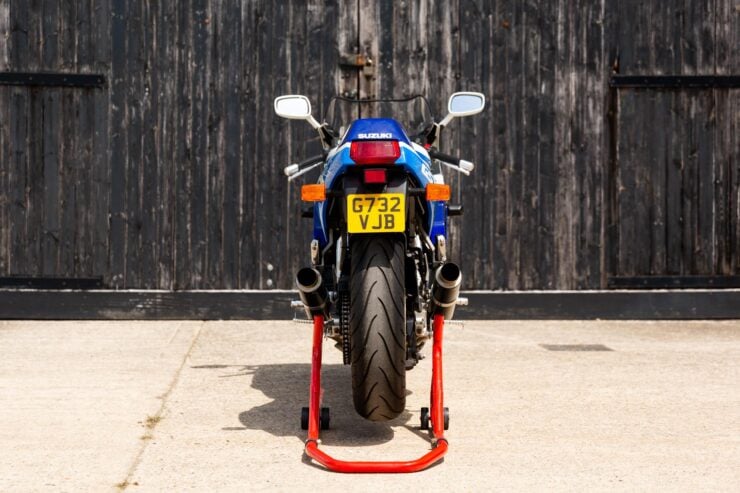 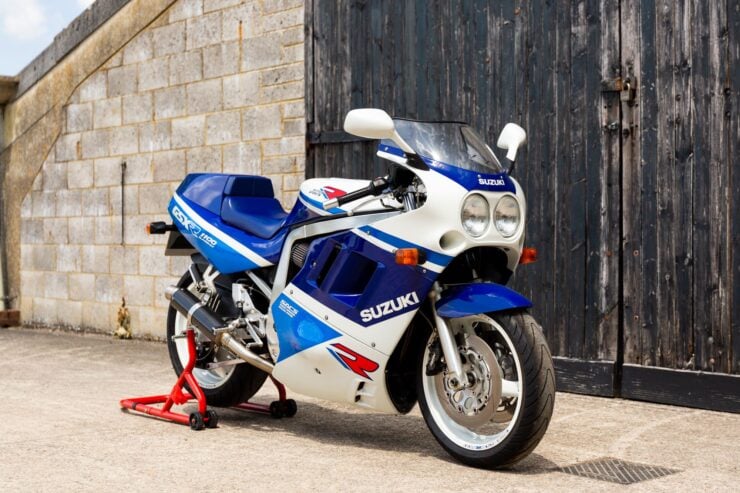 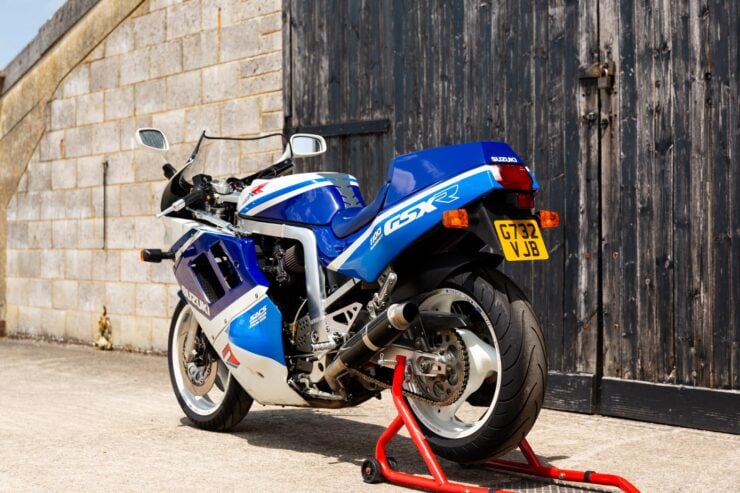 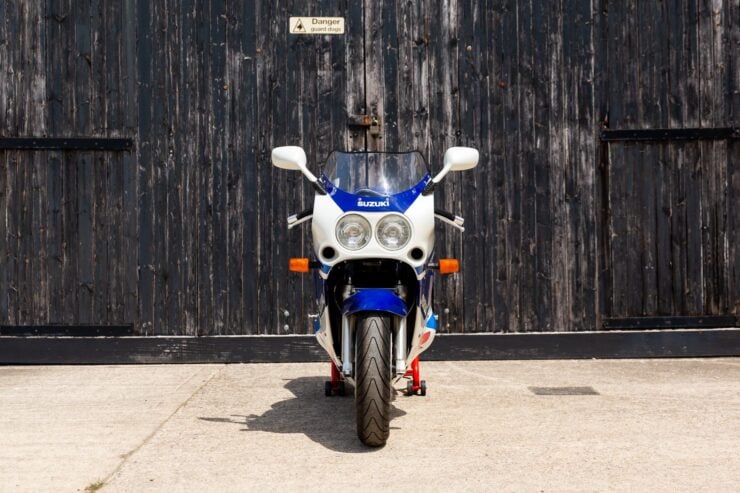 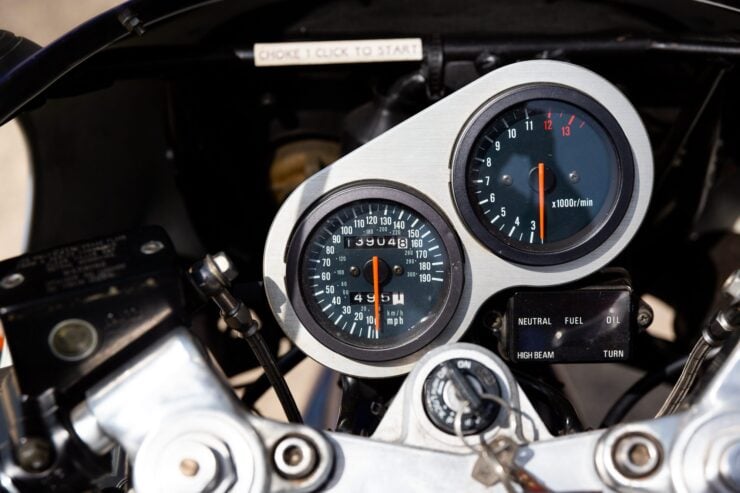 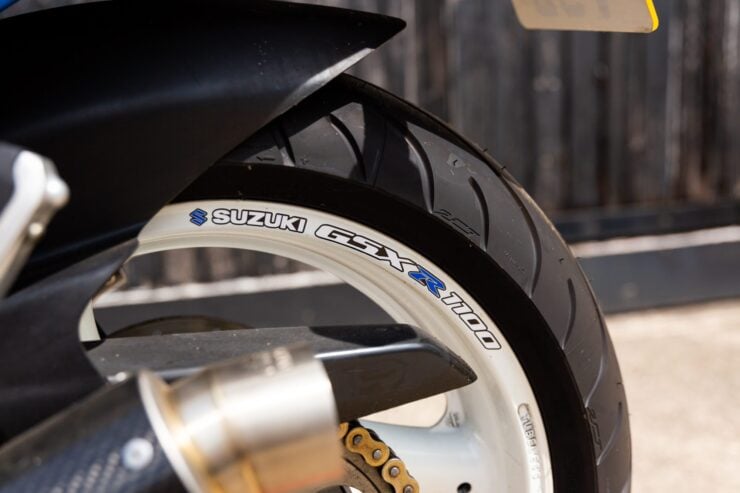 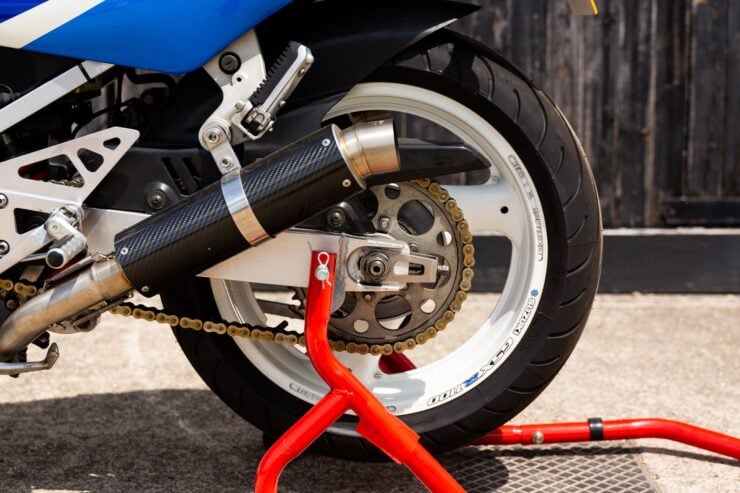