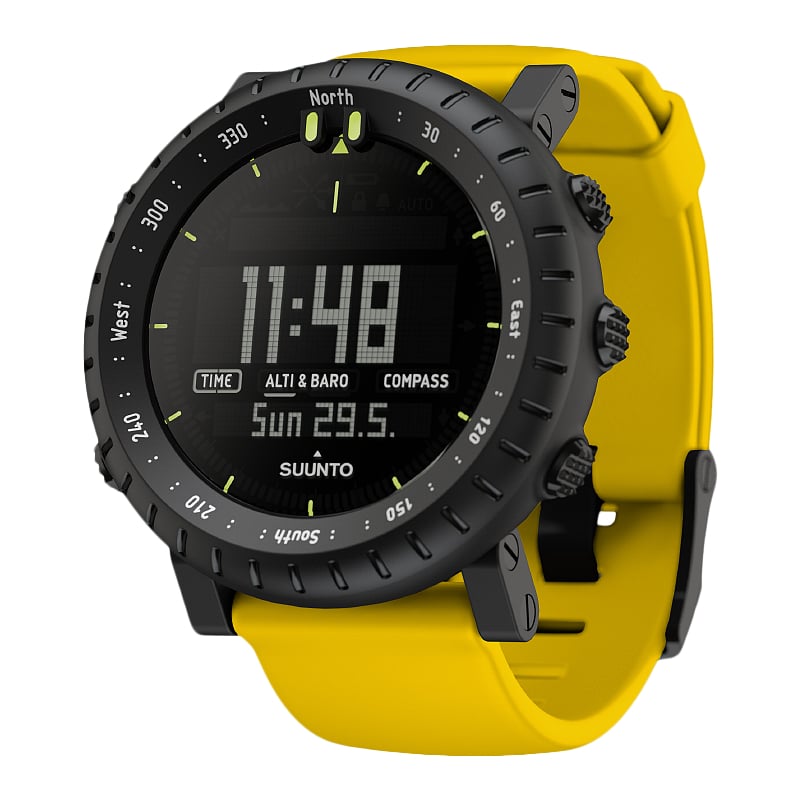 The Suunto Core Yellow Crush is a bit of a marvel, it has an altimeter, barometer, depth gauge, digital compass, a digital thermometer and if you get bored of all that, it also tells the time. It won the coveted Red Dot Design award in 2008 for its remarkably pure, clean design and it’s received rave reviews from all 4 corners of the globe.