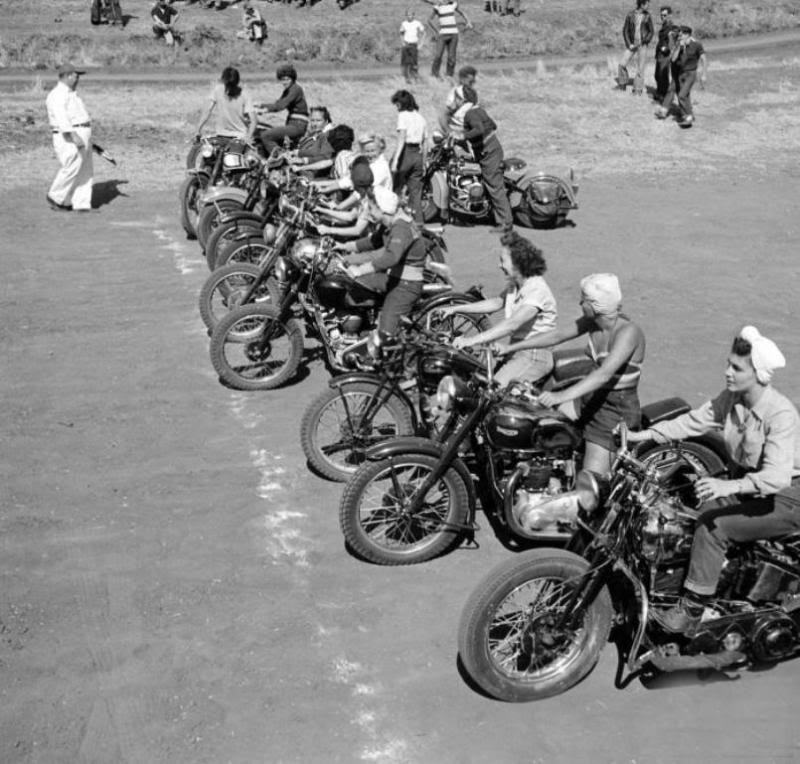 This is exactly the sort of motor sports event we need more of, although it might be a good idea to institute some sort of helmet rule as mid-50’s housewife headscarves generally don’t come with DOT certification.

The motorcycles in the foreground all appear to be British however there does seem to be one or two Harley-Davidsons in the background, if you can spot anything interesting in the photograph that we’ve missed, let us all know in the comments below.