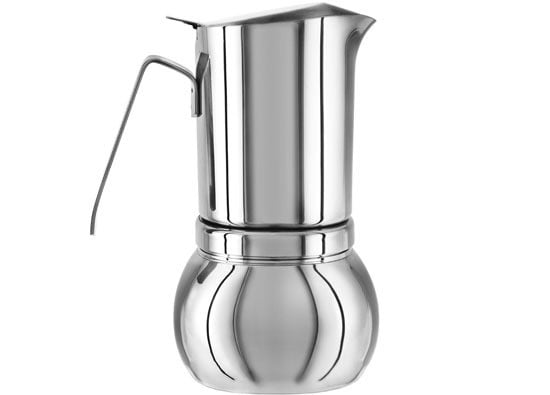 The Stella Lucido Stovetop Espresso Maker is a classic alternative to the espresso machine or french press, a stovetop espresso maker is an essential element in the kitchen of any coffee lover and offers the ability to brew a winter-style espresso that resembles a cross between a classic espresso and a Turkish coffee.

Trust me when I tell you that a double espresso from this machine combined with a couple of shots of Frangelico and a shot of cream will make even the coldest of winter’s days seem toasty warm. It’ll also make your jokes funnier and your Mrs better looking.

This series of toolboxes were all made from used oil barrels, they still carry the original paint schemes as the barrels they started…