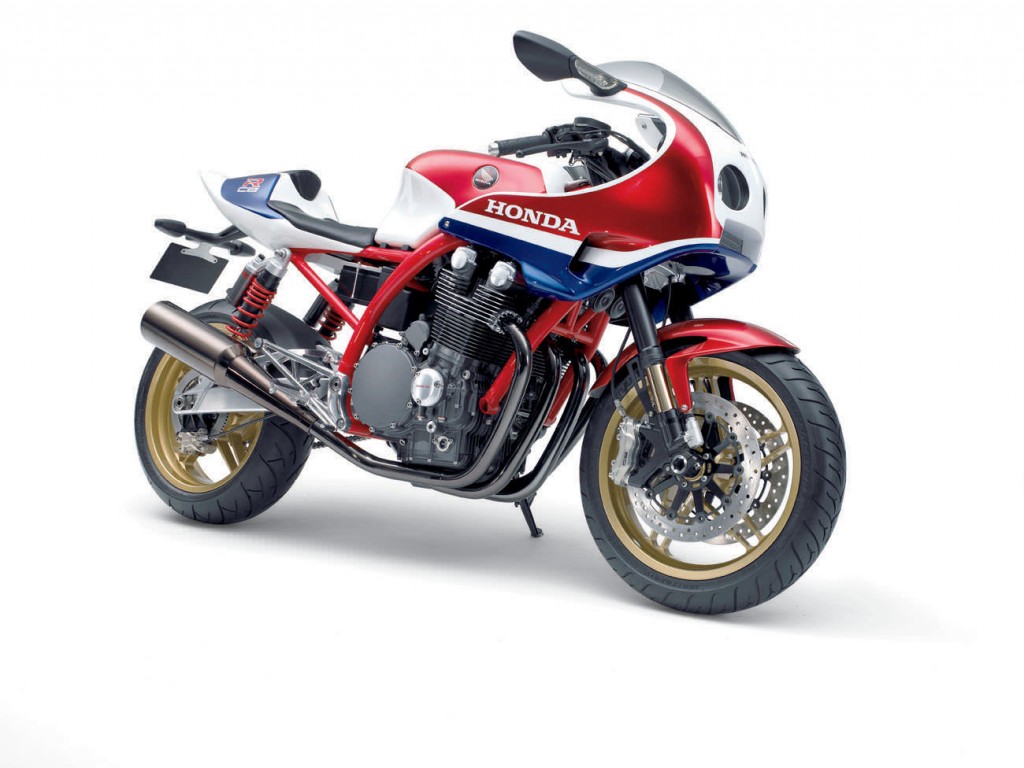 With the happy news that the modern Honda CB1100F will be heading to American shores in 2013 we thought it pertinent to feature this motorcycle, a Honda CB1100R concept bike that was first shown to the public all the way back in October 2007 at the Tokyo Motor Show.

The CB1100R concept is based entirely on the new CB1100F meaning that the actual production cost to Honda would be relatively low, certainly far lower that creating a new motorcycle from scratch. The bike’s design is an intriguing blend of the old and the new with a fairing that hails back to the classic ’70s endurance racers and a rear cowling that looks like it came straight off a new CBR600. 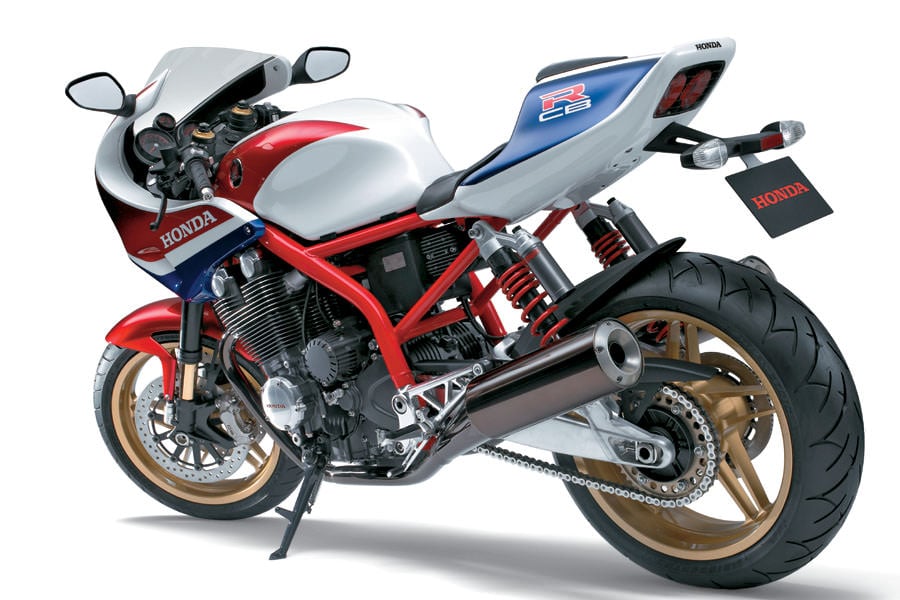 The inverted front forks and adjustable rear shocks are both an upgrade over the stock Honda CB1100F, the fuel tank is a custom design as well and the fairing looks like it’s a one-off injection moulded plastic unit, as is the seat and rear cowling. All of these elements would be relatively easy to add to the stock CB1100F, so even if Honda doesn’t get around to it, you can expect to see a few bikes like this being produced by custom motorcycle builders in Japan and the USA.

I’m convinced that Honda would have to be insane not to produce a limited production run of the CB1100R, they’ll sell like hotcakes and bring many men (and their frowning wives) into showrooms. 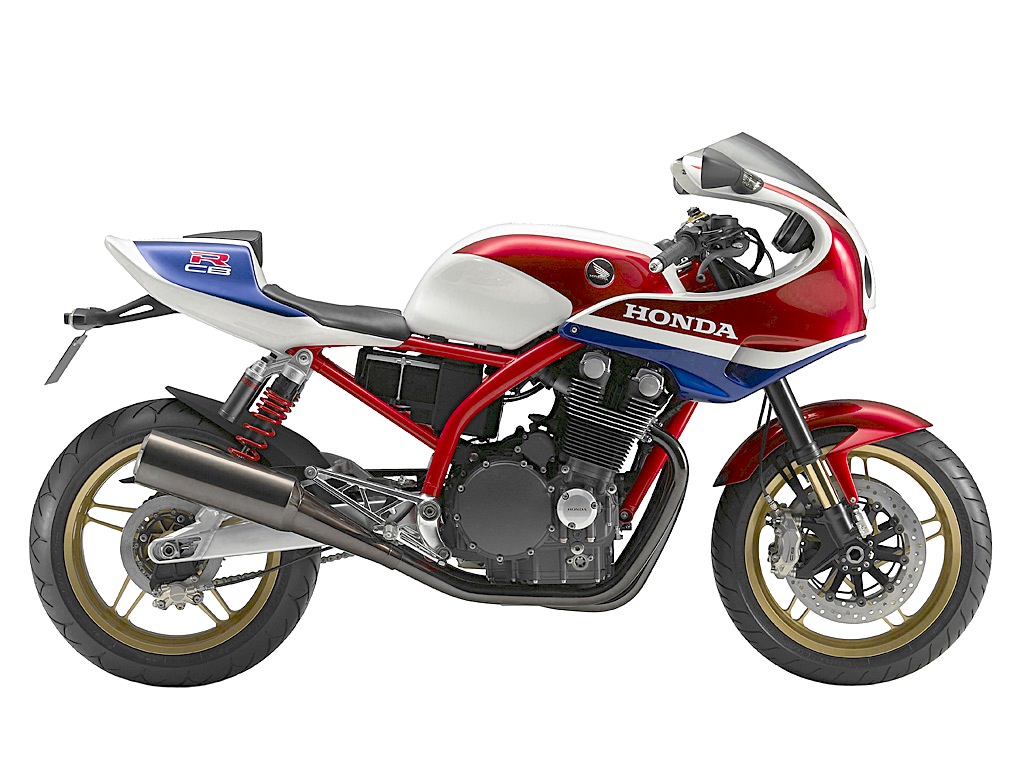 Additional information on the Honda CB1100F provided by Hell for Leather. 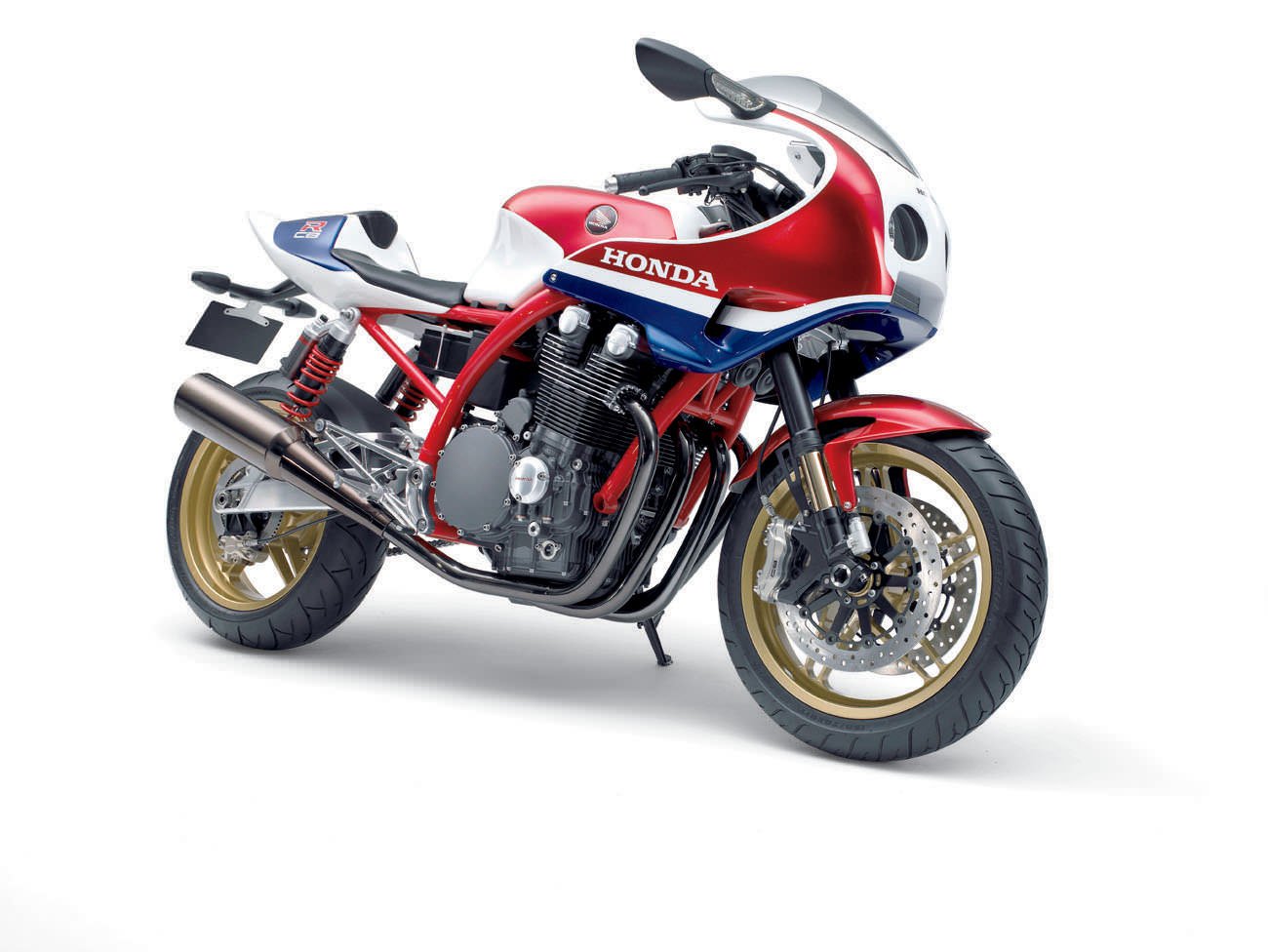