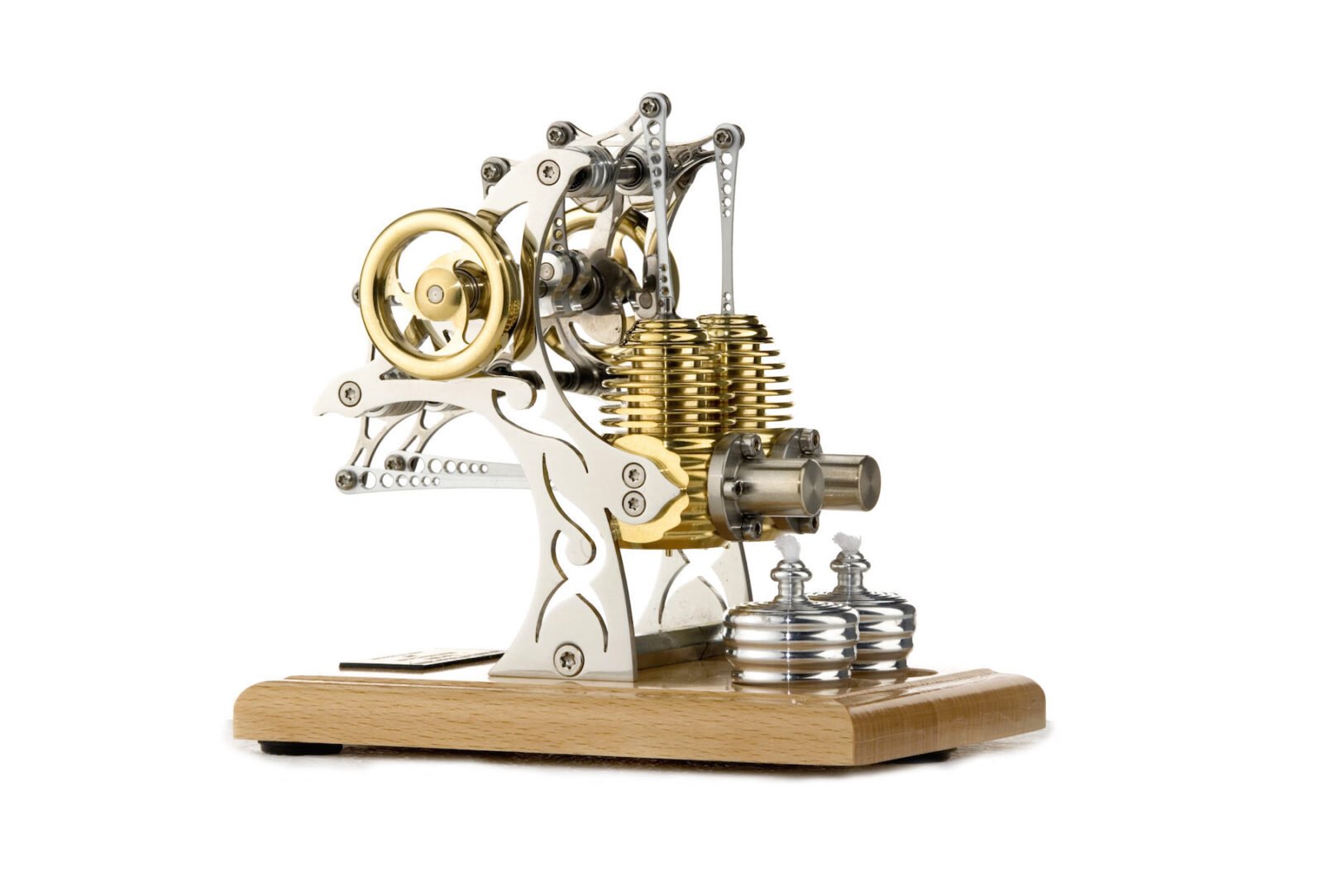 The Stirling engine was originally invented by Scottish minster Robert Stirling in 1816, his invention rivalled the steam engine for a time and today it’s rapidly finding favour with modern inventors looking for ways of mechanising heat to create zero or low emissions engines.

The working principle of the Stirling engine is simple but highly effective – an external heat source increases the temperature of a gas or liquid, which moves a piston. The gas or liquid is then cooled, returning the piston to its original position and beginning the process again from the start. There have been a number of quite different mechanical systems created using this principle and the kit you see here is a parallel twin engine by German model maker Böhm.

This particular engine is capable of speeds up to 2000 RPM, all the parts needed to complete the kit are included and a moderately skilled builder will have a working engine within 3 hours. It’s designed to be a working ornamental piece that can be kept on a desk or mantel, and so it’s made from a combination of polished stainless steel, brass and lacquered wood. 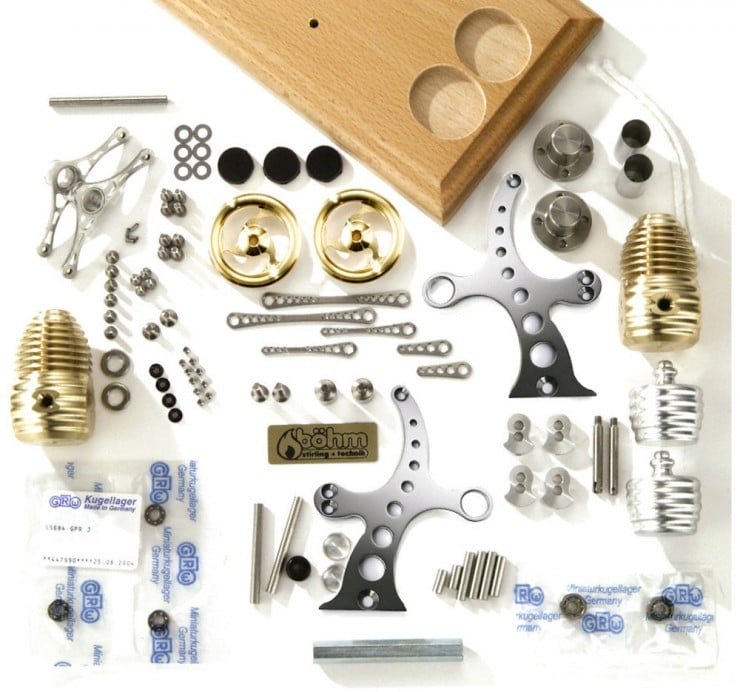 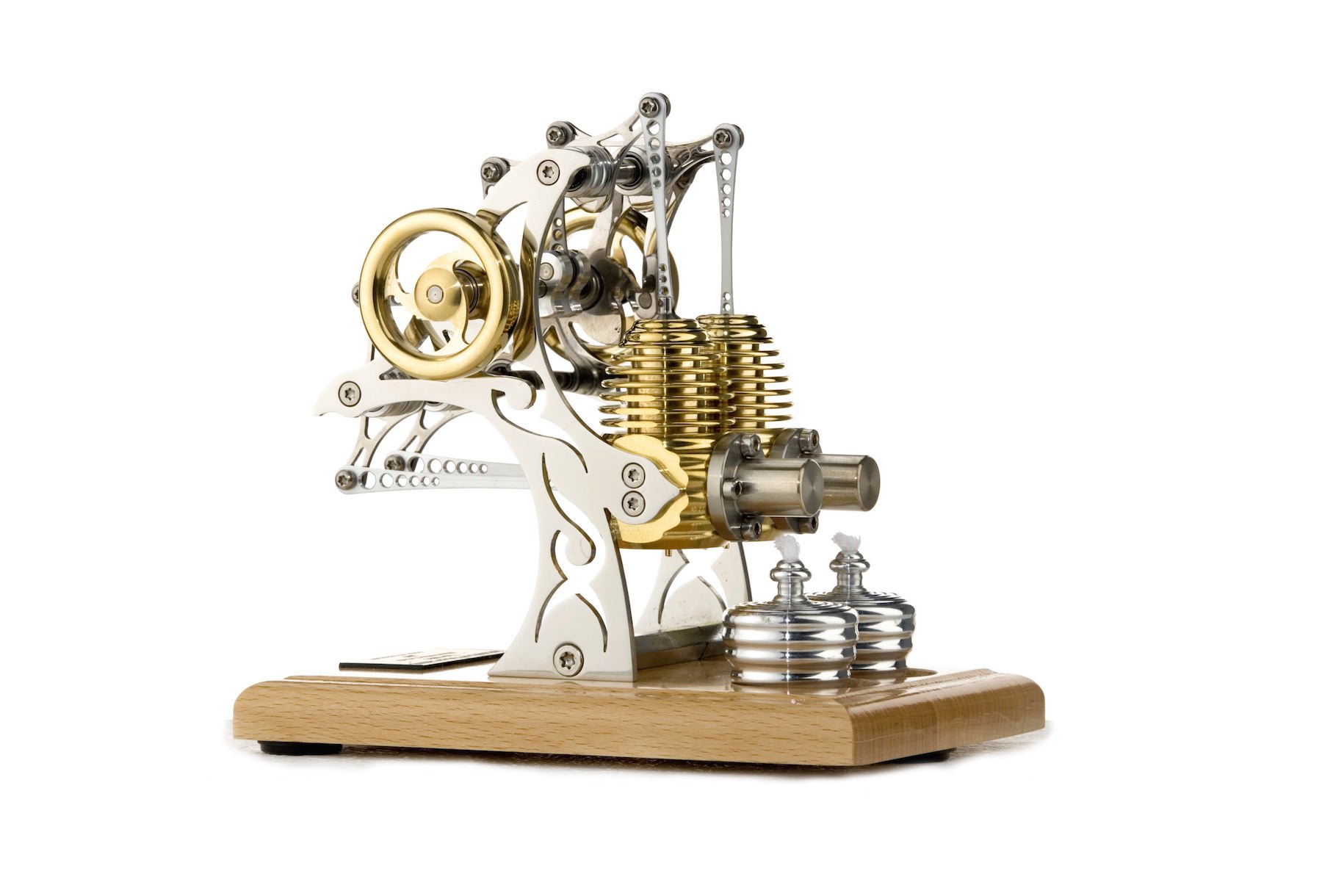