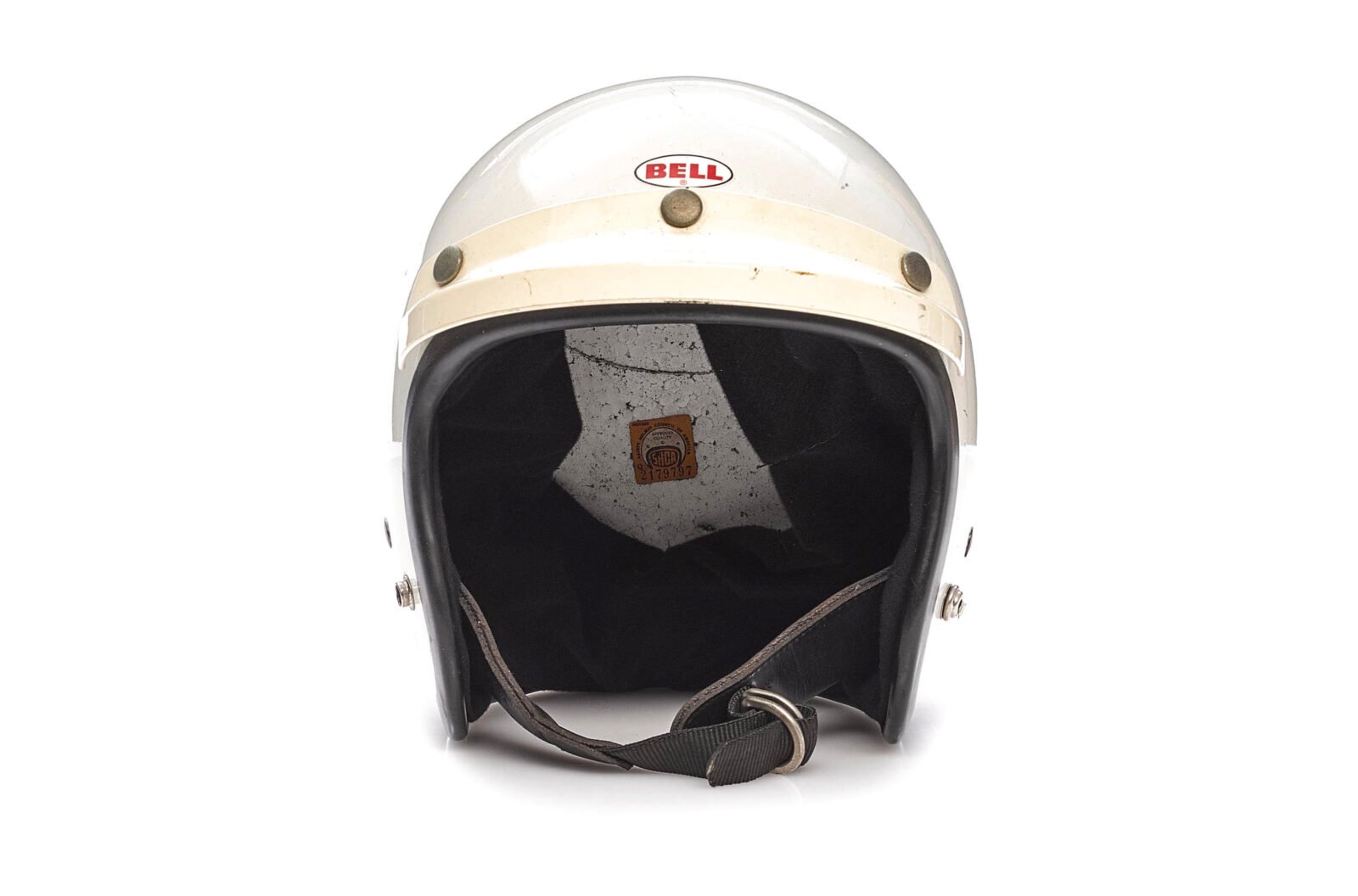 This is one of Steve McQueen’s own personal motorcycle helmets, adorned with his name on either side with the logo for his film company Solar Productions.

Steve can be seen in very similar helmets in many of the motorcycle races he entered in-period including Bruce Brown’s iconic documentary On Any Sunday. He seemed to prefer 3/4 face helmets rather than full-face helmets, though this was likely due to the fact that full-face motorcycle helmets were still a bit of a rarity in the 1960s.

Bell is an American company founded in 1954 in Bell, California to build auto racing helmets. The great design feature of the Bell helmets was the impact absorbing expanded polystyrene liner (EPS), with a hard protective outer shell made from hand-laid fiberglass. This basic structure has remained the same for almost all helmets to the modern day, with modern versions of the core materials upgraded over time.

The helmet you see here is a Bell 500 series unit with a characteristic snap-on peak and double-D ring chin strap. They’ve been used by both motorcyclists and auto racing drivers for decades, and it’s impossible to calculate how many lives they’ve saved.

If you’d like to add this helmet to your own personal collection it’ll be rolling across the auction block with Bonhams on the 6th of October with an estimated hammer price of between $20,000 and $25,000 USD. If you’d like to read more about it or register to bid you can click the red button below. 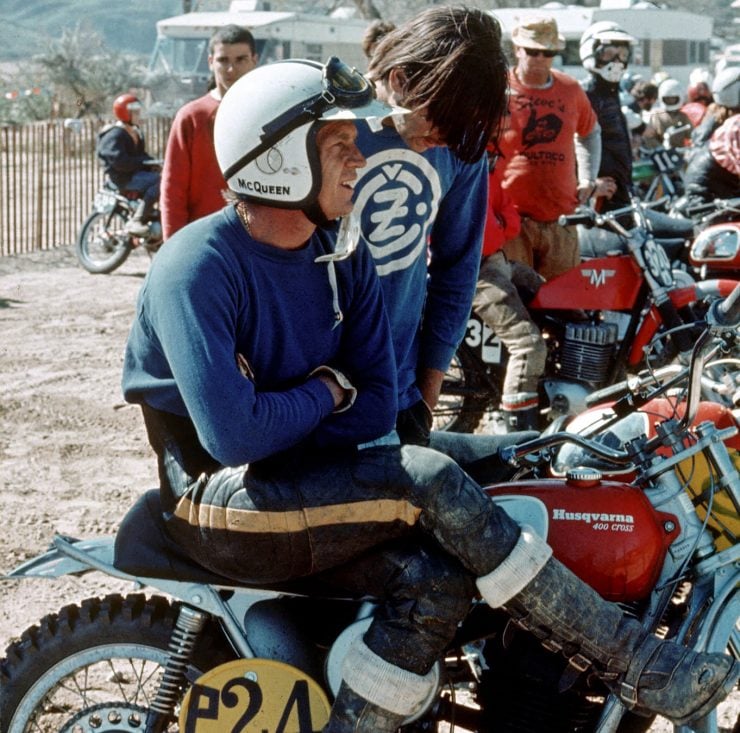 Note: The helmet being worn by McQueen in the above image is similar but it isn’t this specific helmet as far as we know.