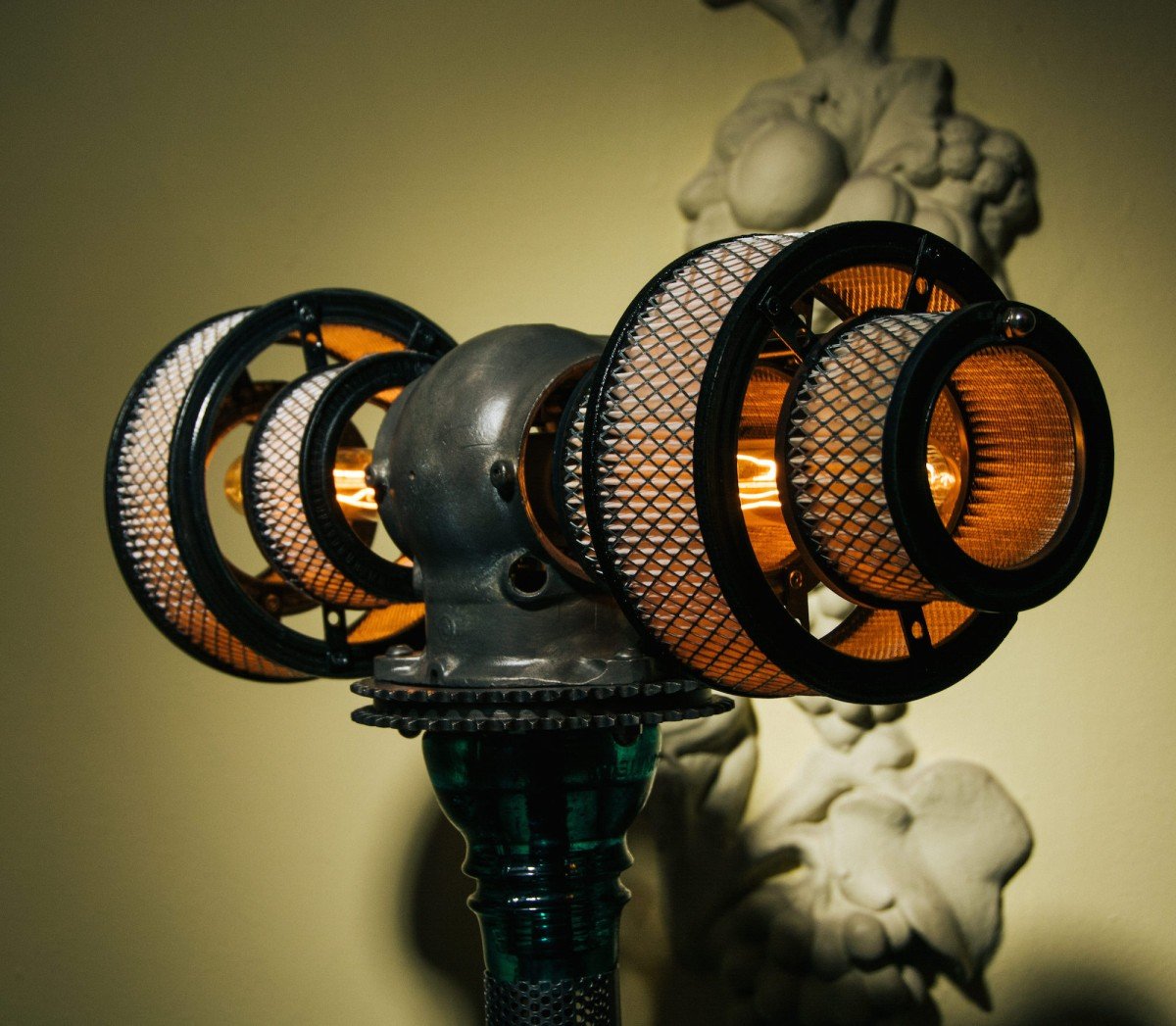 The Atlas V16 Lamp by Futility Studios is a twin-Edison bulb powered floor lamp made almost entirely from parts from vintage automobiles and motorcycles. This particular lamp uses air filters to throw a diffuse, warm light from those incandescent bulbs and would ideally suit a location in the corner of a larger room.

The full list of designs from Futility Studios is genuinely quite impressive, no two lamps are the same and it can be quite challenging to spot each of the parts used and figure out what their original application was. The pricing on these lamps is surprisingly reasonable – a smaller lamp sells for $160 and the larger Atlas V16 that you see here is retailing at just $300.

Click here to visit the Futility Studios store on Etsy. 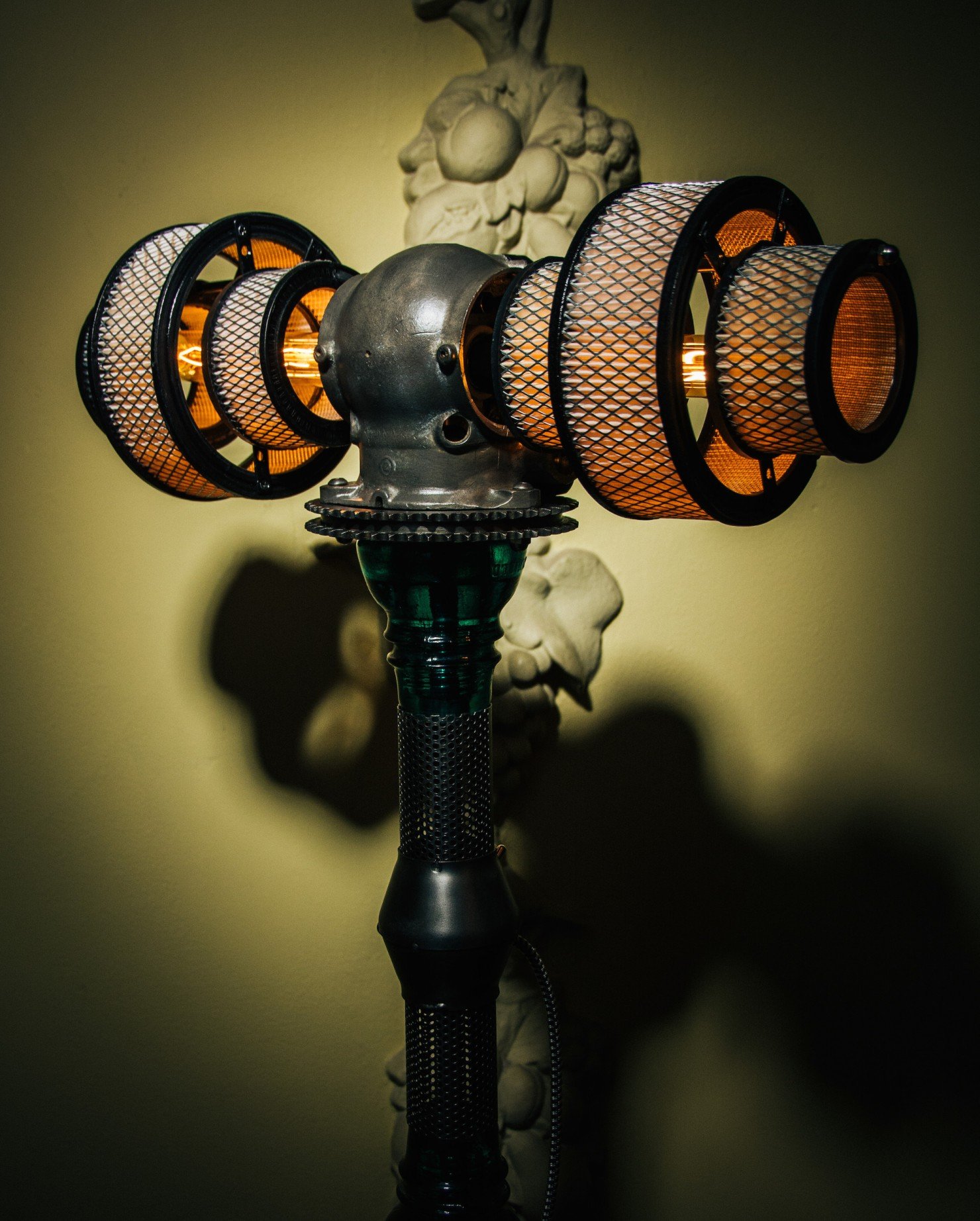 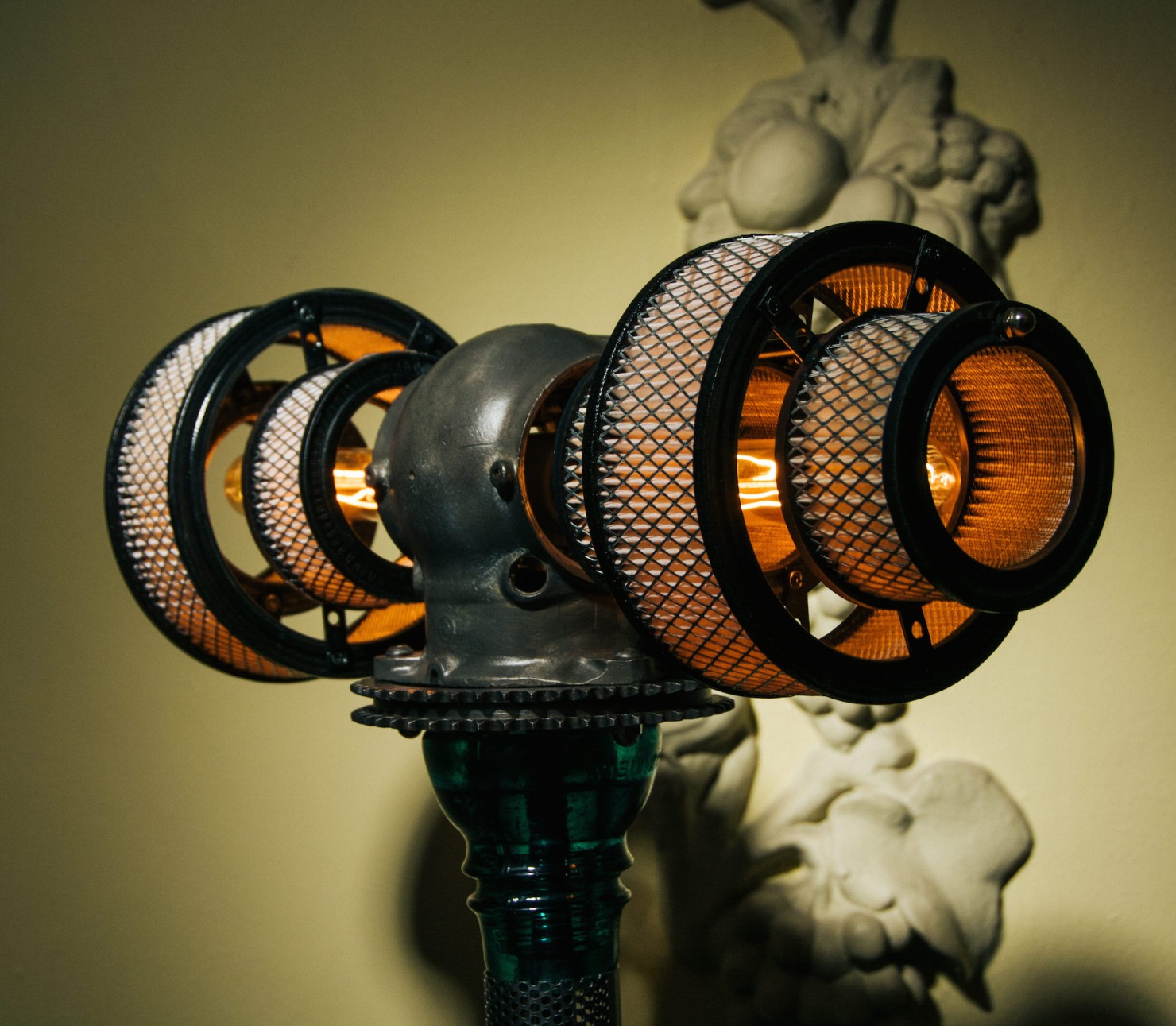 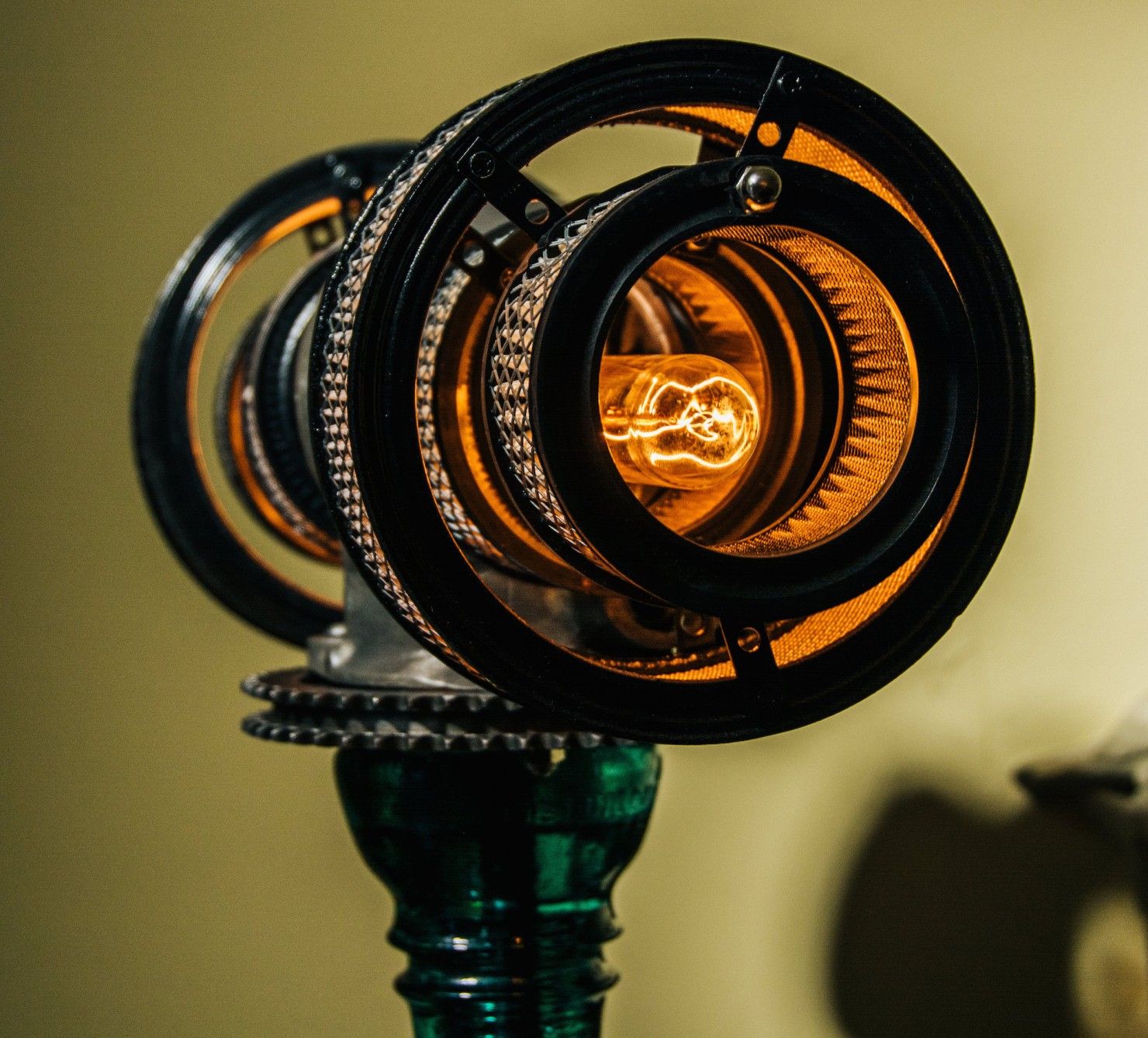 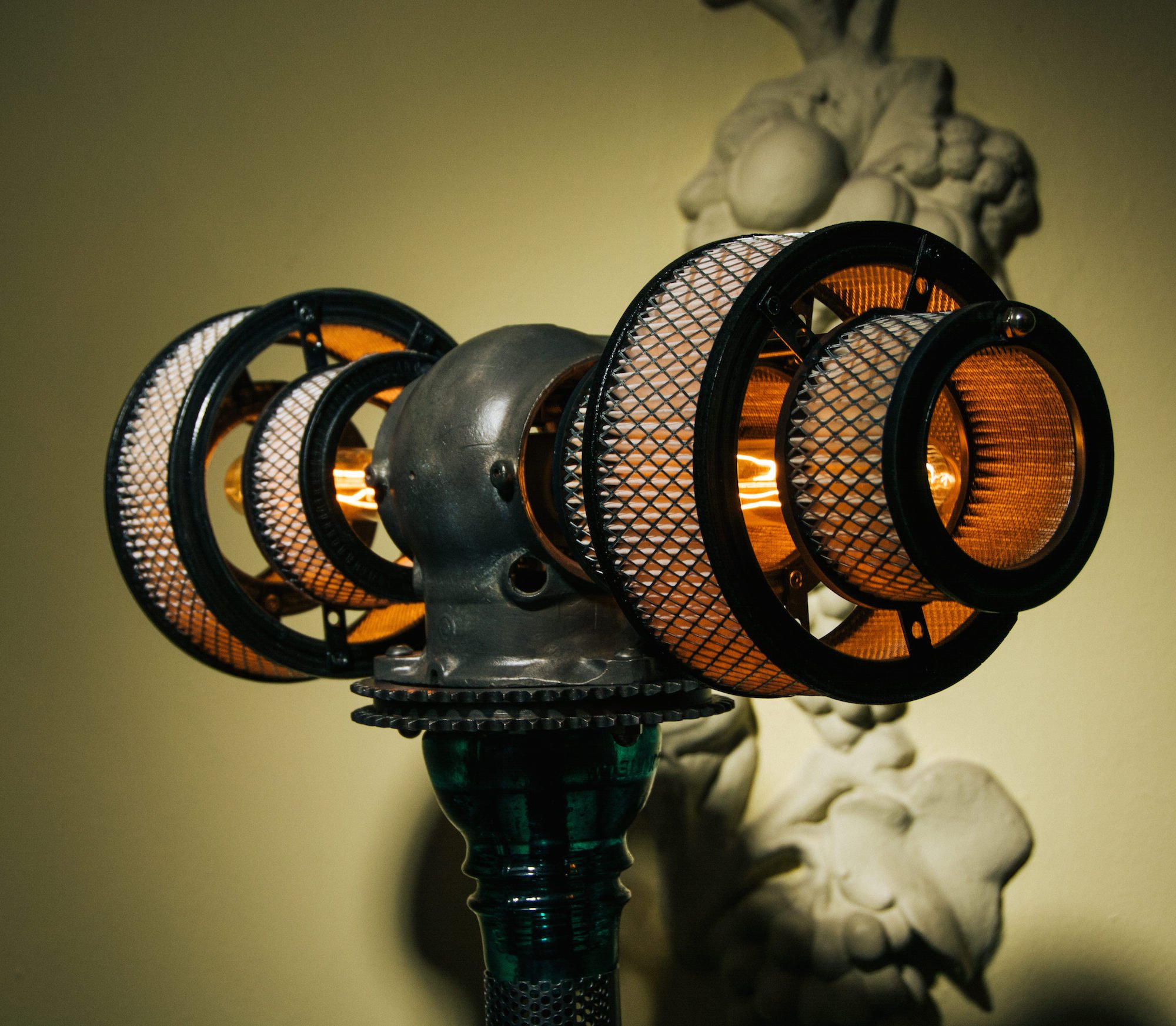