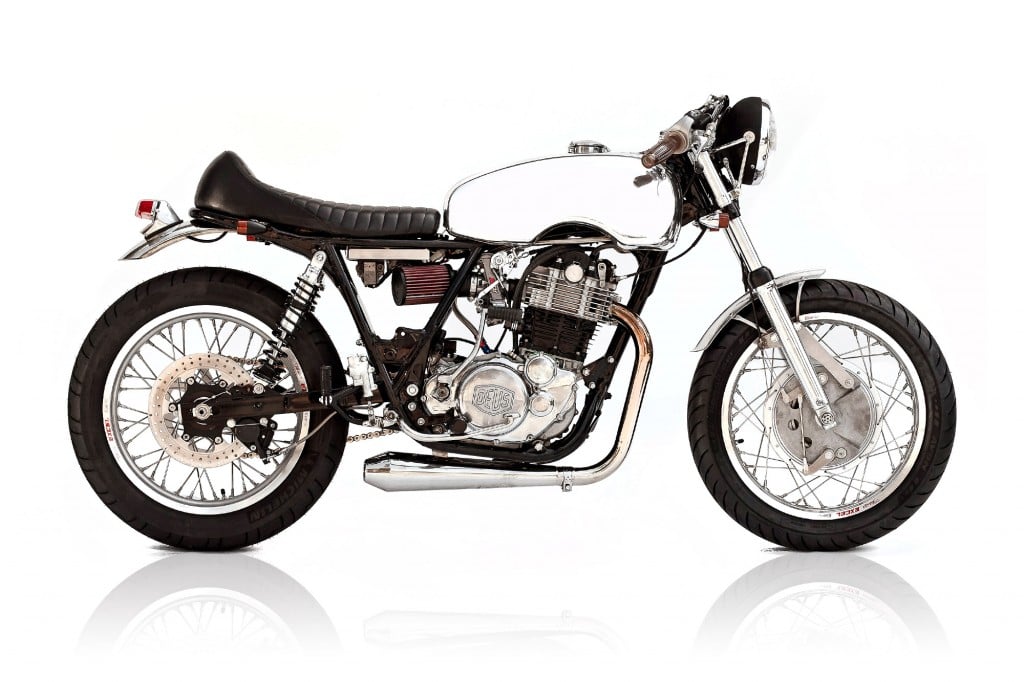 Deus Ex Machina’s ability to take a stock Yamaha SR500 and turn it into a stripped back cafe racer/summertime belter is well known and well respected. The style of the bikes they produce from their Sydney, California and Bali locations are all unique in their own way and this SR500 from the Venice Beach Deus is showing the potential of the relatively new American garage.

The bike was built by Michael Woolaway, Deus Ex Machina’s US motorcycle Design Director. He specifically designed the bike to run the back alleyways of Venice and with this in mind he wanted to keep weight as low as possible whilst increasing the stock bike’s handling capabilities.

This was achieved by adding a new chromoly swing arm and twin rear shocks from Works Performance. He also added a 570cc big bore kit with a ported head, 39mm FCR carburettor and a K&N air filter, this was then complimented with a billet camshaft, twin stainless steel valves, R/D springs and retainers, a full stainless steel megaphone shorty exhaust and a first-time-ever, water-saw etched Deus logo on right side engine cover. 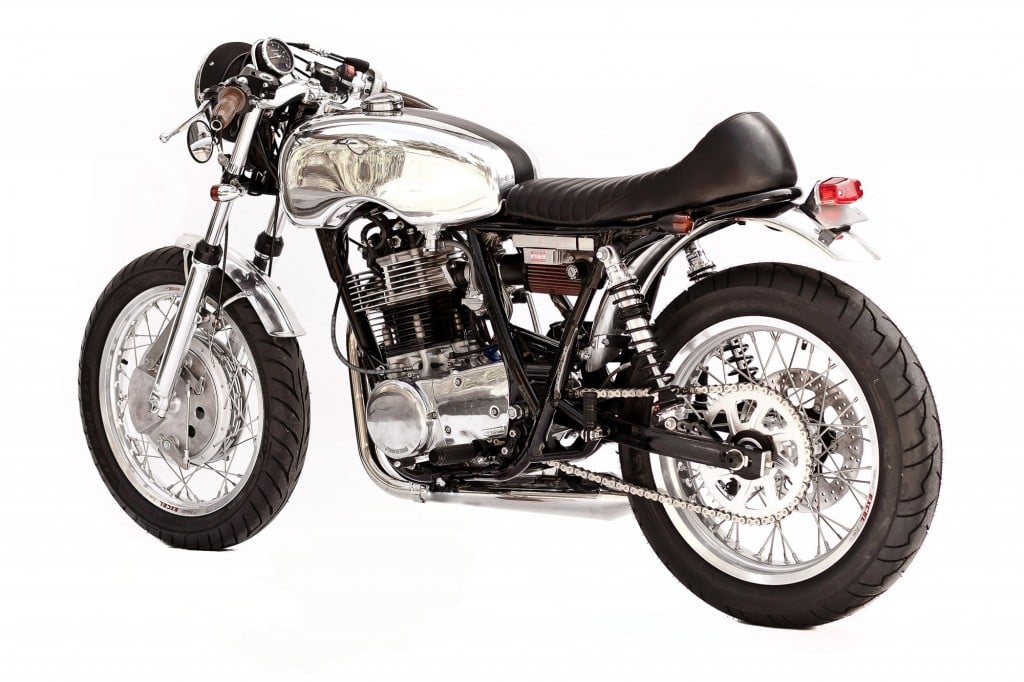 The finished bike has a classic Deus look about it and from a purely functional standpoint, I can’t imagine a better bike for tearing around Venice Beach over the course of a summer. There’s even room for a little lady on the back. 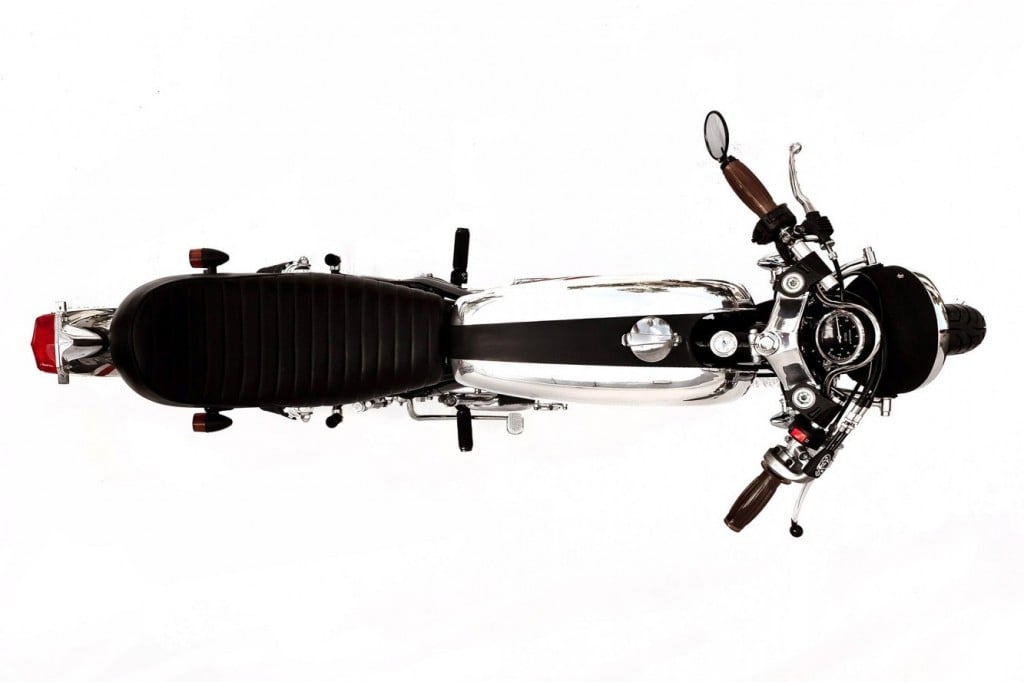 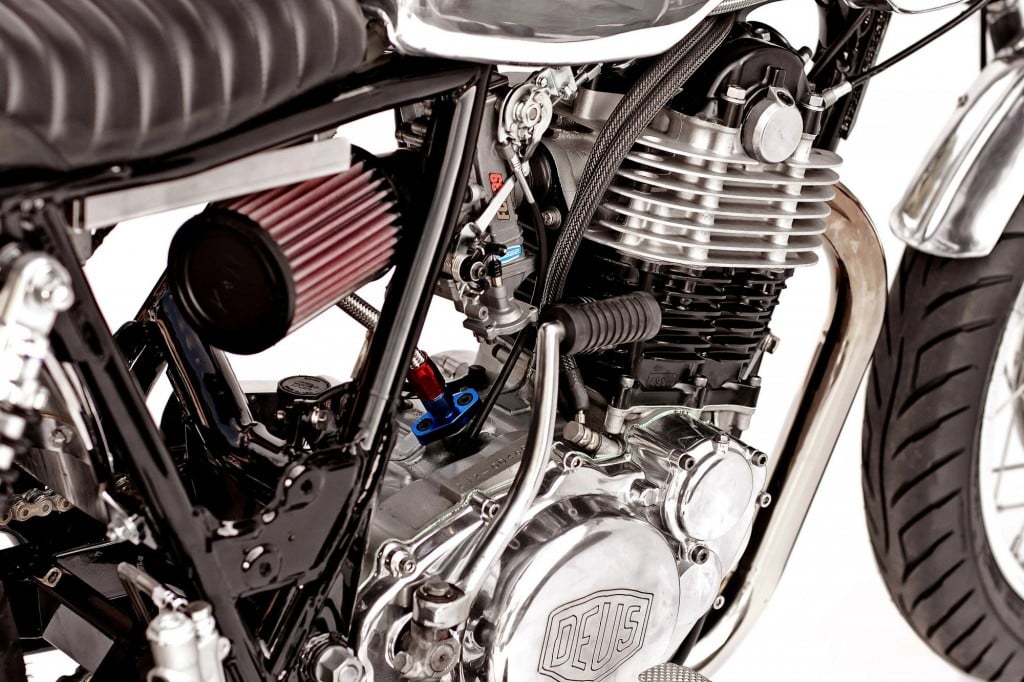 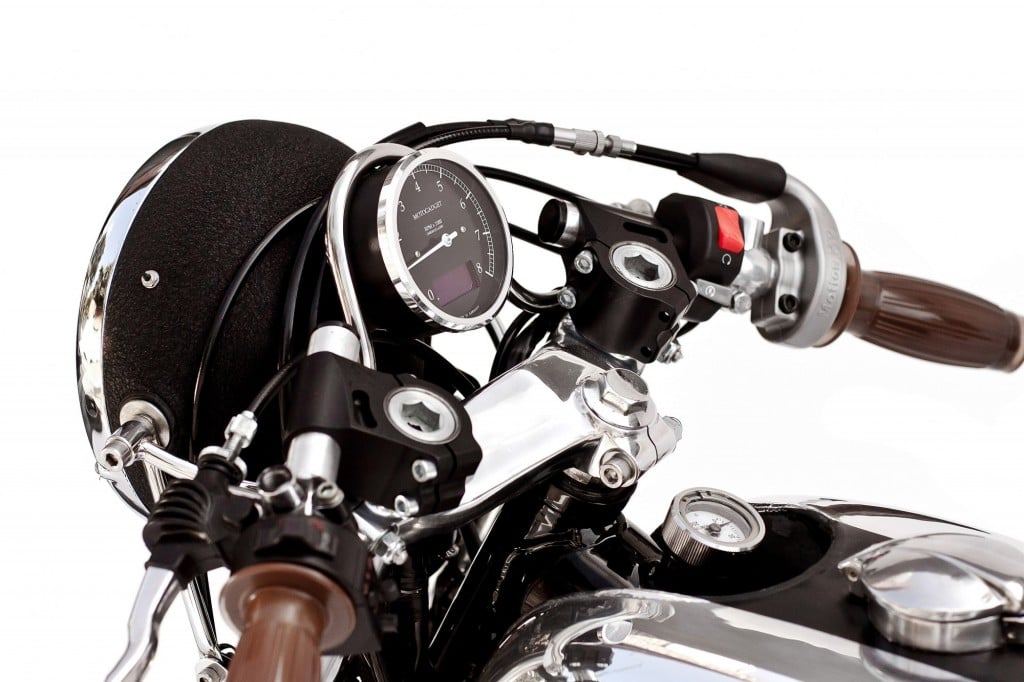 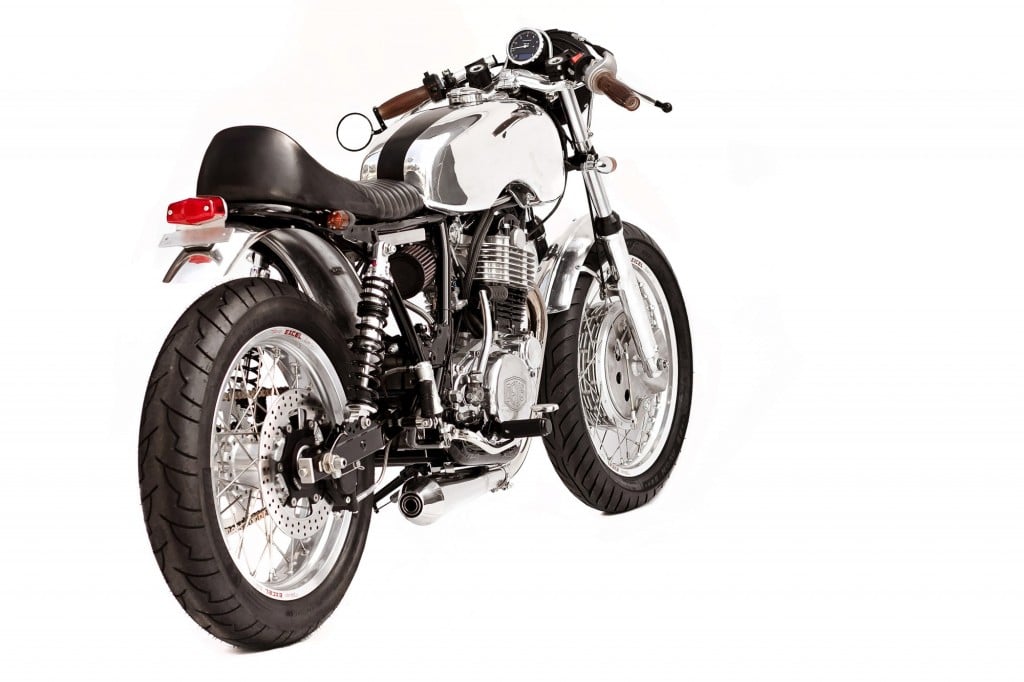 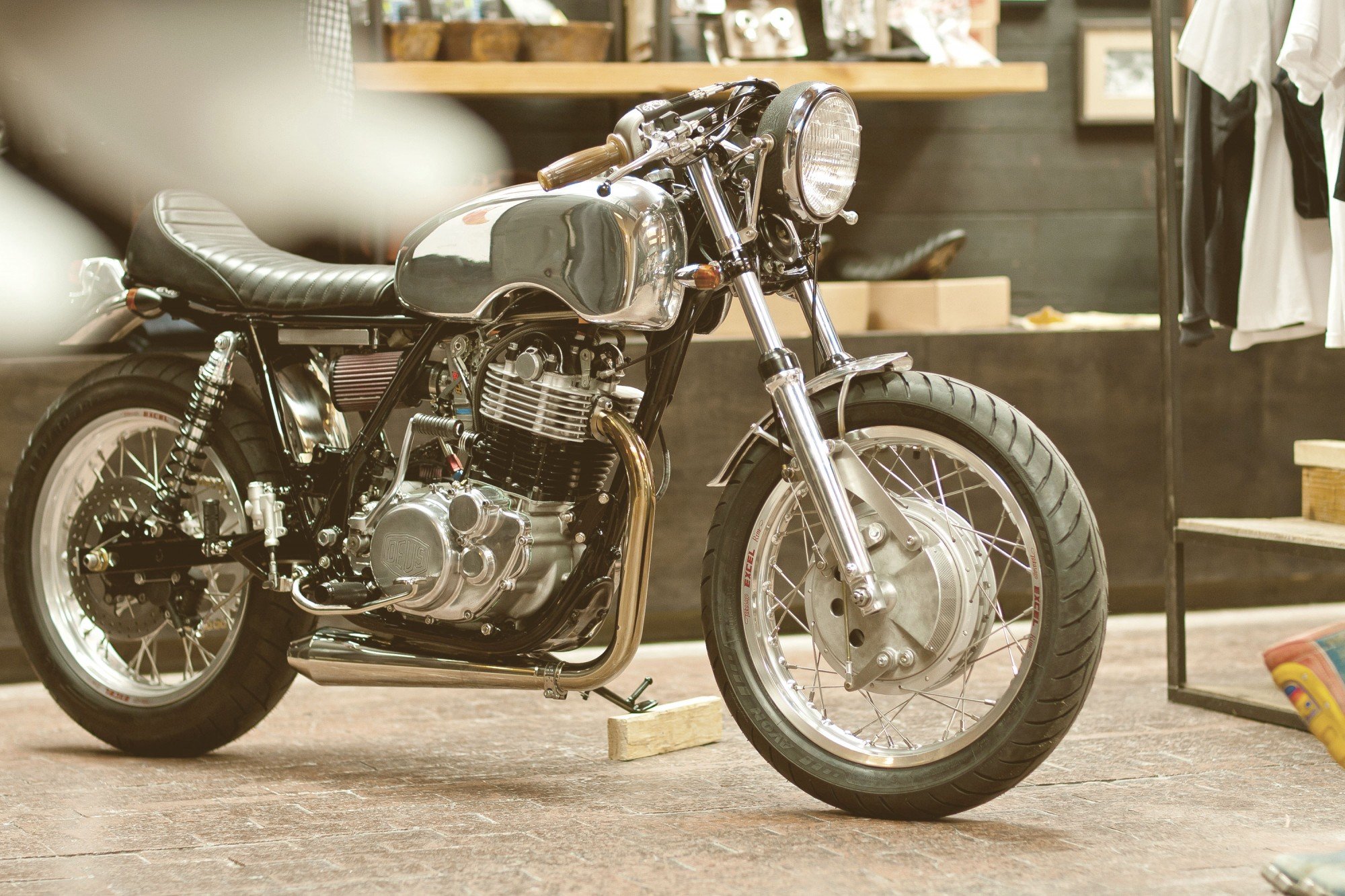 This 1977 Norton Commando Interstate has never been unpacked from its original factory crate, amazingly…

Editor’s Note: Some of you may have noticed that this is the third “expedition across the…

The Zippo Axesaw is exactly what it sounds like, it’s a hand axe with a removable…