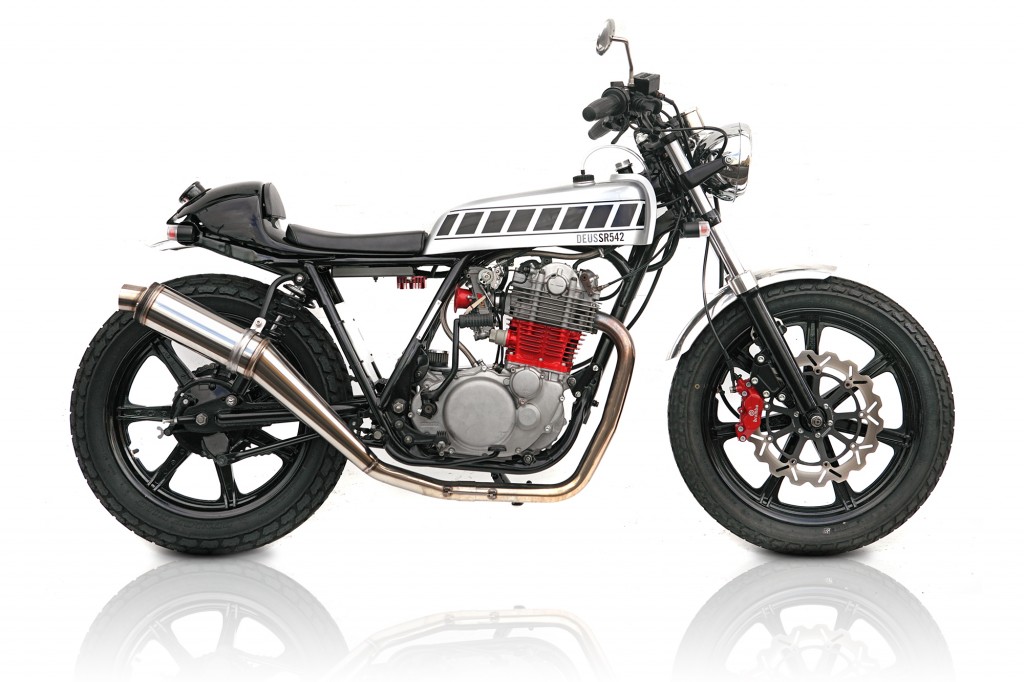 Odd Job was one of the more iconic Bond villains, his razor lined bowler hat and enormous Japanese girth gave him an exceptional sense of menace.

Deus chose the 007 moniker for this, their bored out 542cc SR400, and it isn’t hard to see why. This is a very menacing, very big bellied Japanese chap.

Deus fitted big Brembo brakes up front and new forks, they also added a custom fuel tank, seat and rear cowling with a new exhaust and they stripped the frame down nicely. The big, chunky flat tracker tires are designed to manage well on tarmac, gravel and beach sand, making this a go anywhere bike more than most in the genre.

It’s for sale now, you can check it out via Deus here. 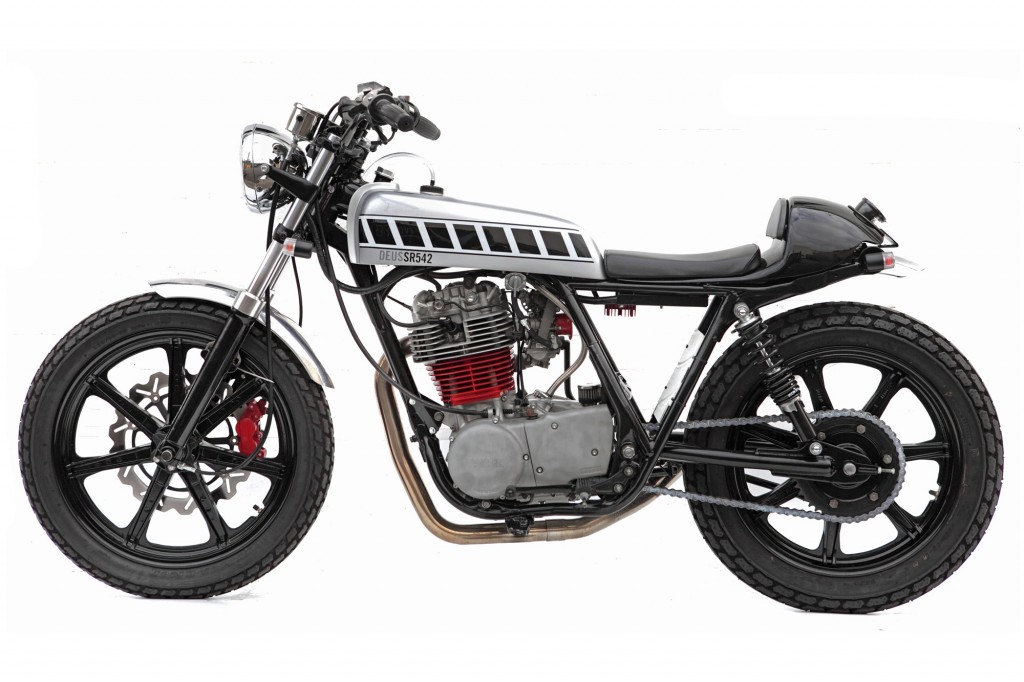 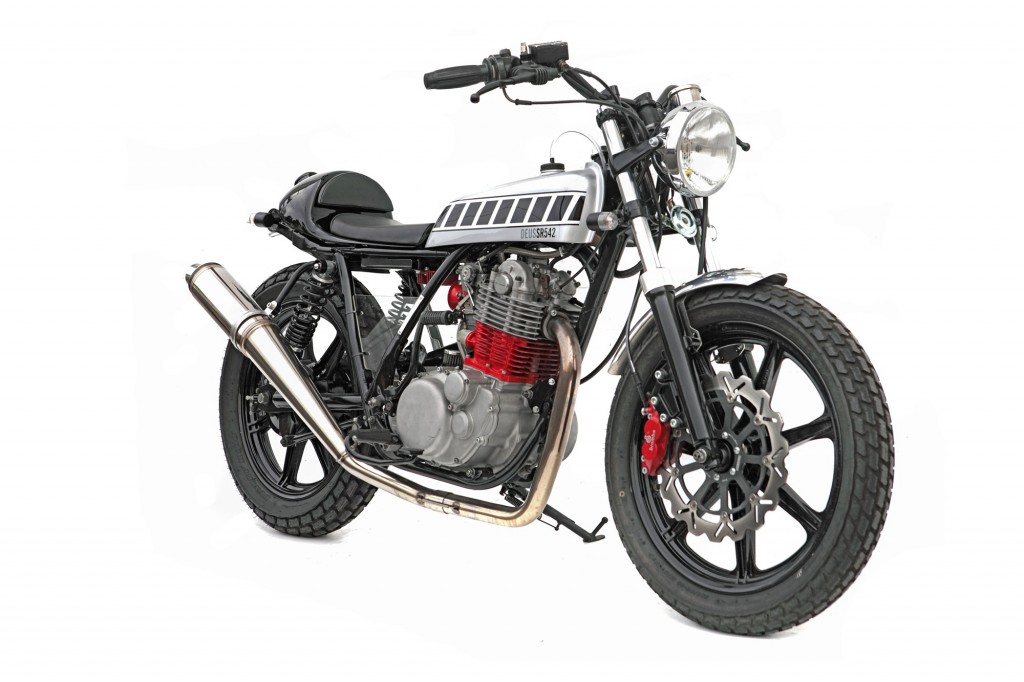 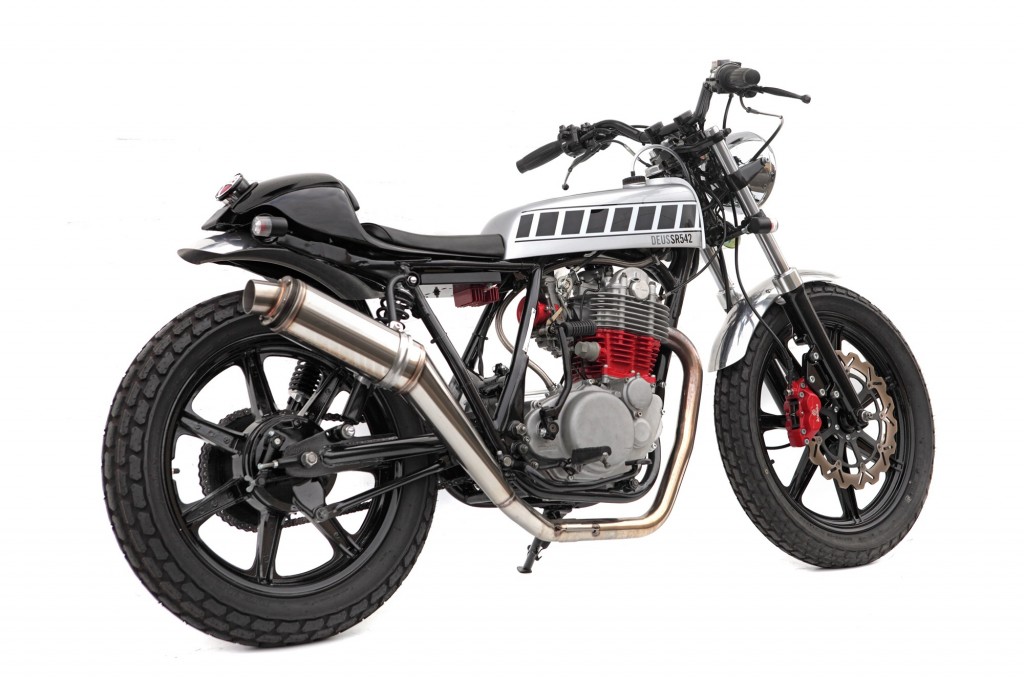 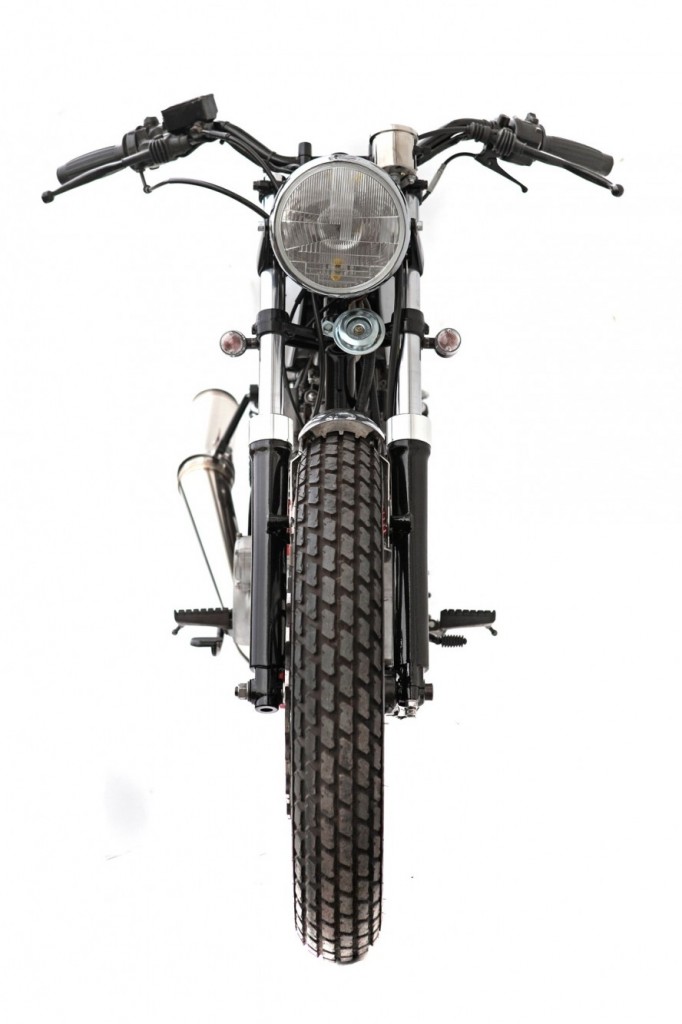 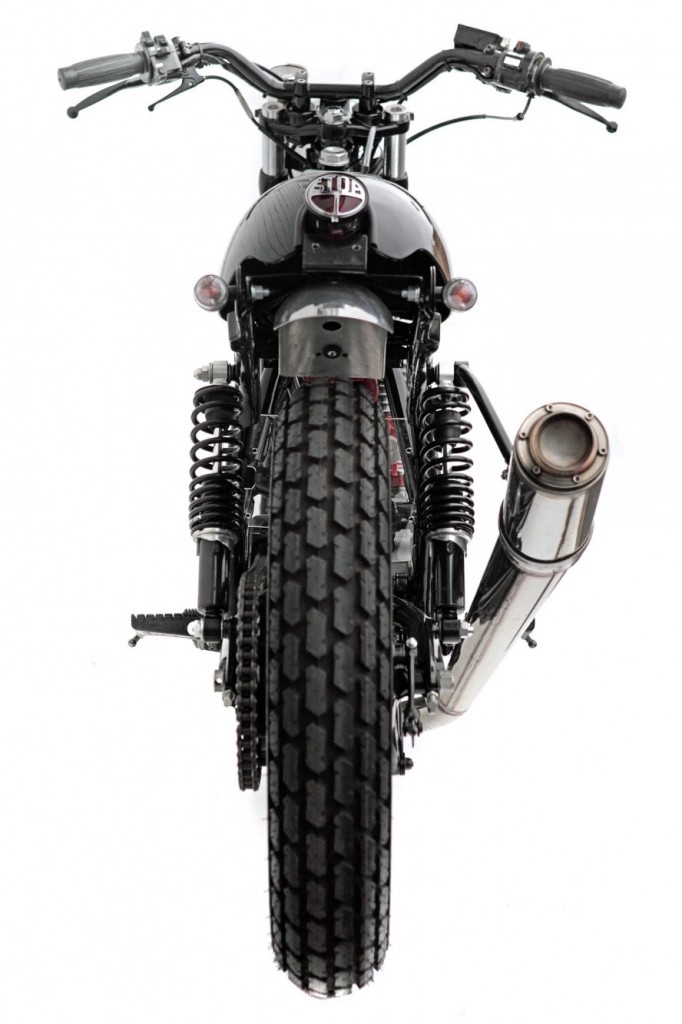 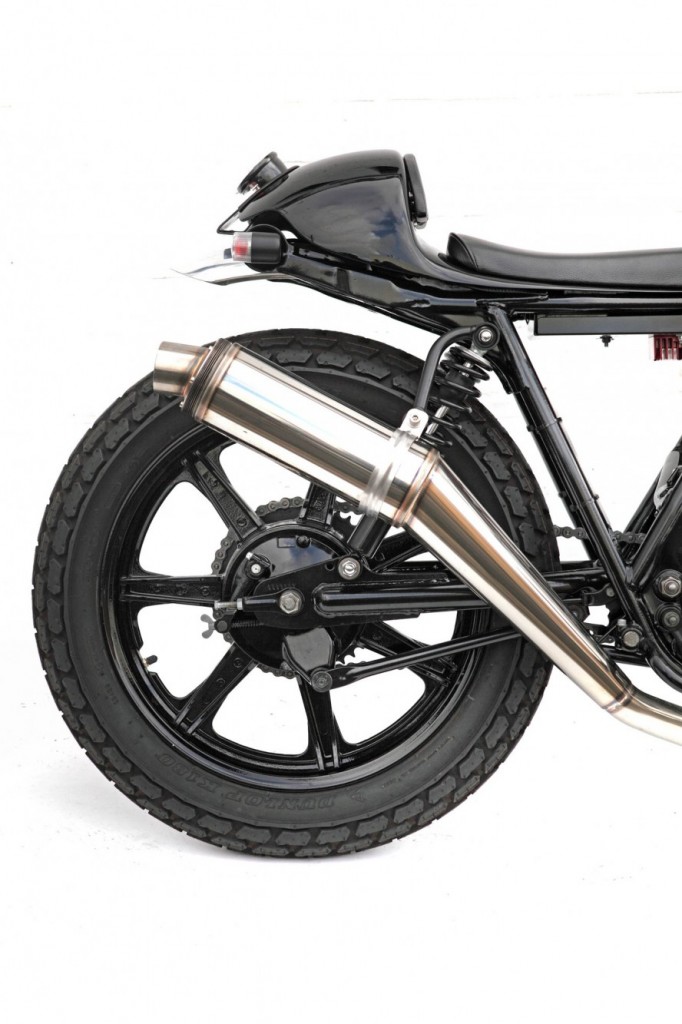 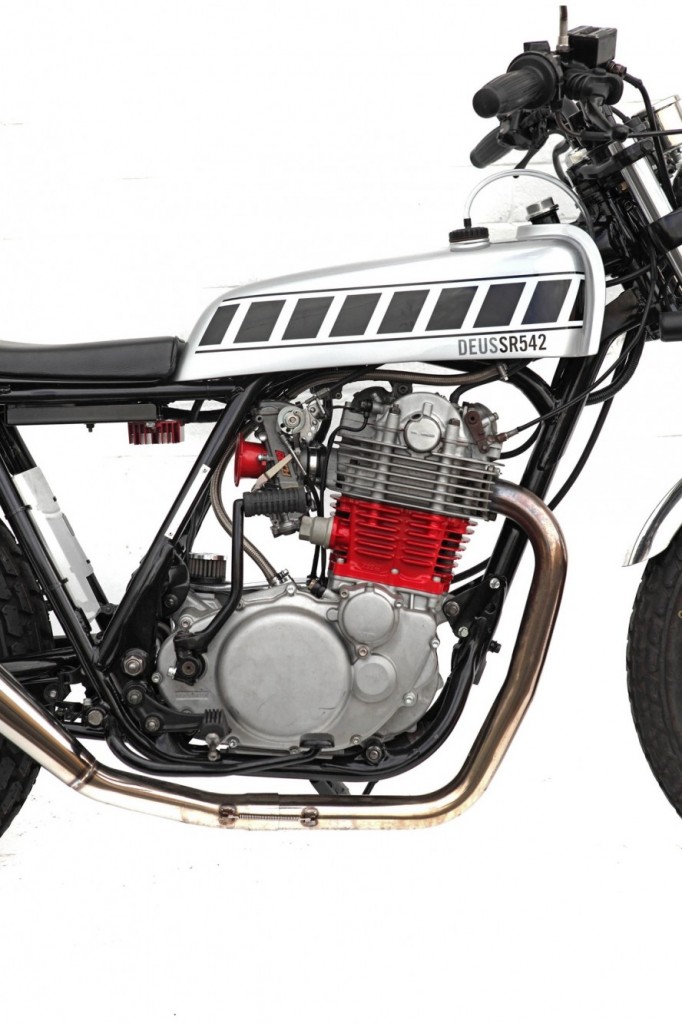 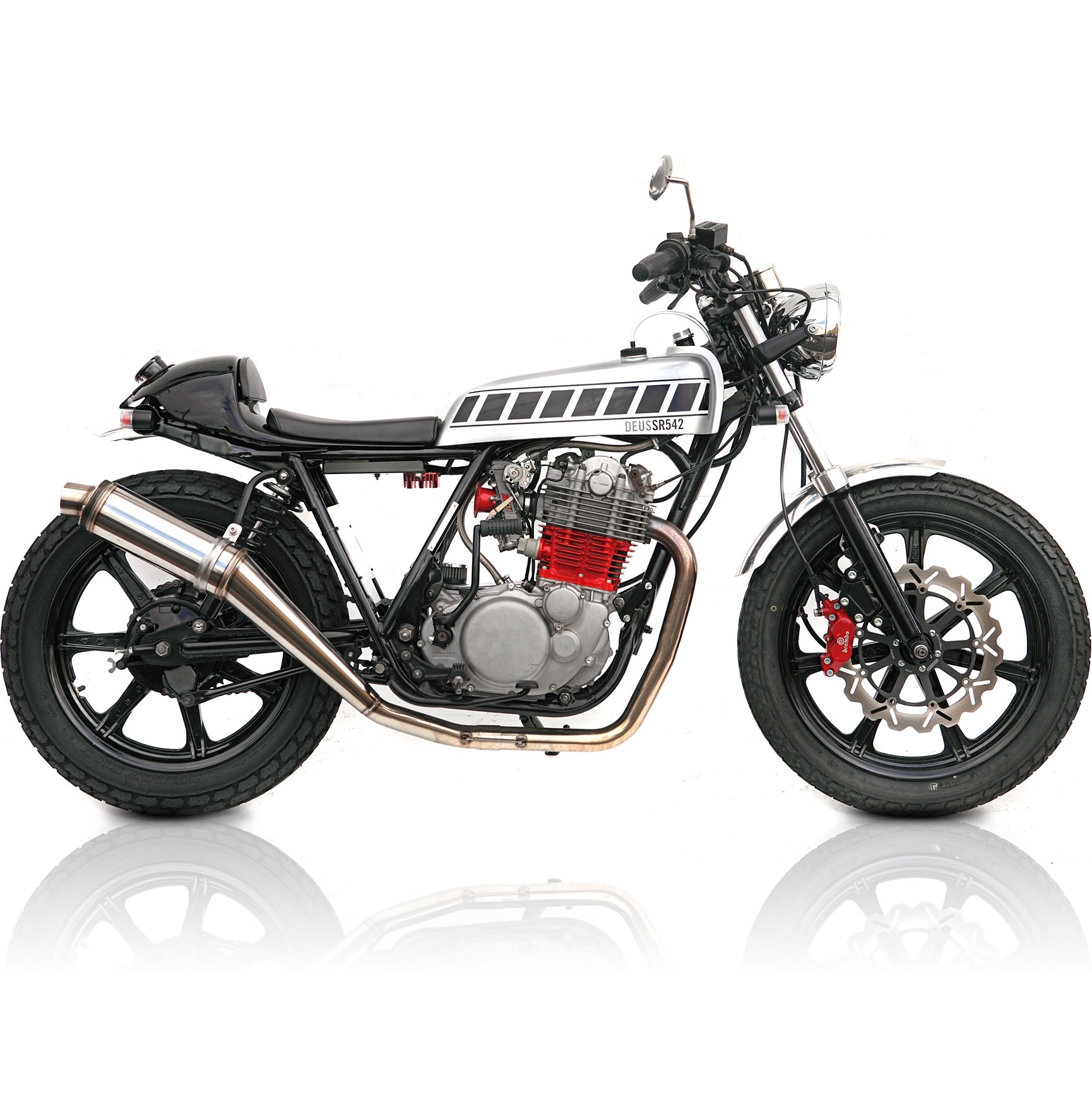