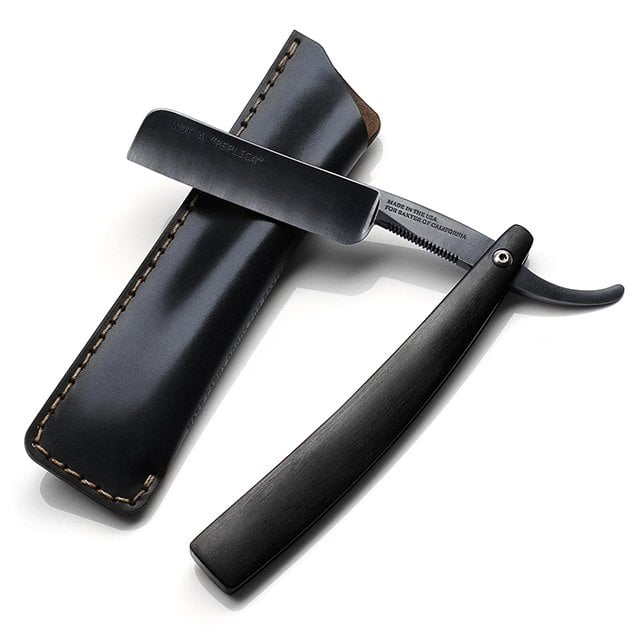 Before the MBA types at Gillette and Schick got their hands on modern shaving equipment, razors had one blade and you could sharpen it yourself using a leather belt or a stone next to the sink.

This straight razor by Baxter is the last razor you’ll ever need, it’s manufactured in the USA by Hart Steel and the blade has a Rockwell hardness of 63, that’s harder than anything this side of a diamond.

It costs $240 USD and you can grab one here via Baxter of California.