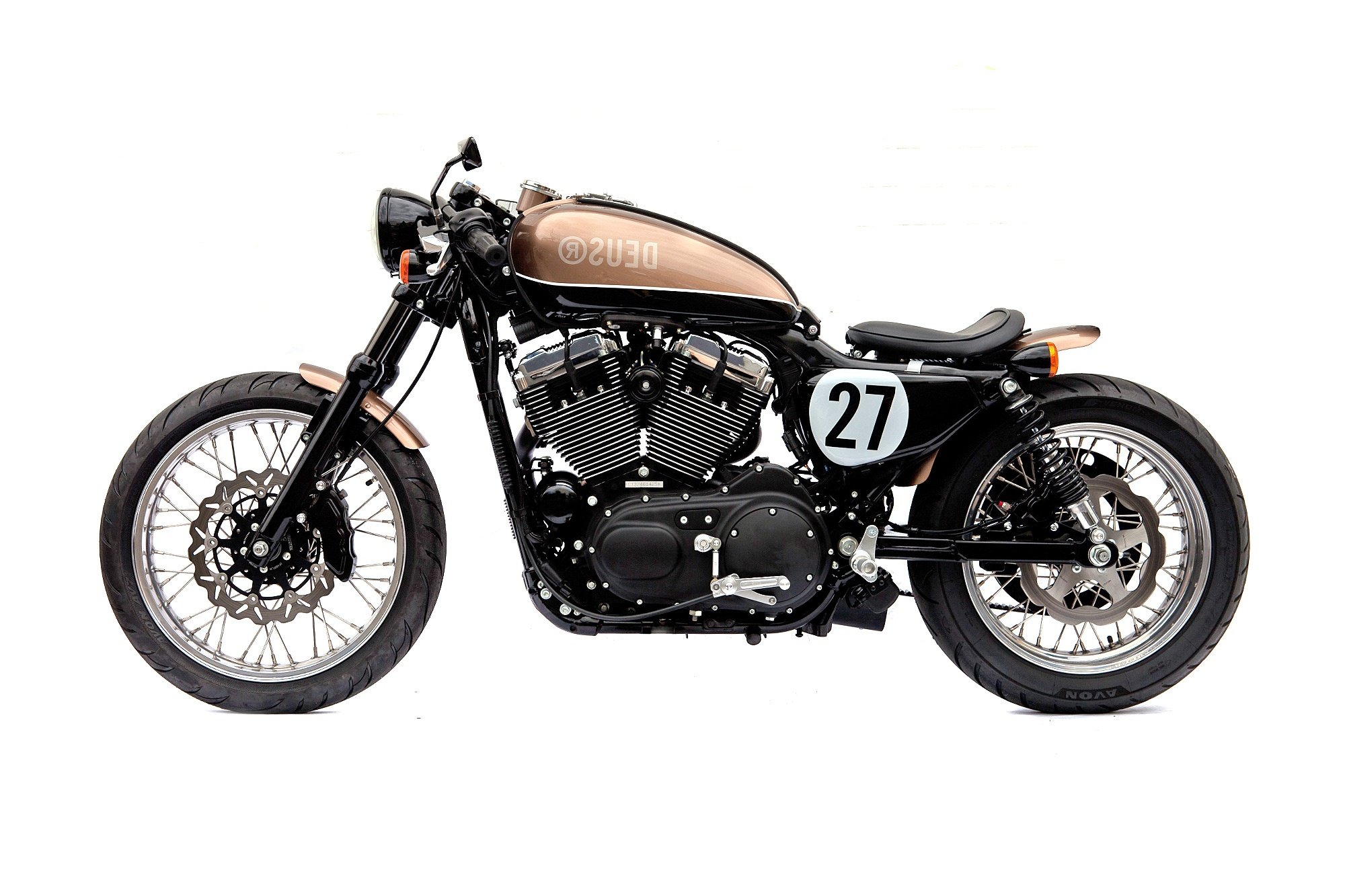 Deus Ex Machina have finally decided to stop teasing us and finally show off their Bald Terrier.

The build started out as a stock 2007 fuel-injected Harley-Davidson Sportster 1200, the engineers as Deus stripped it back and then rebuilt it with custom wheels, upgraded brake callipers and rotors, that unique exhaust is from Vance & Hines, a heavily modified Yamaha SR400 fuel tank and the café clip on handlebars were hand-fabricated by Tingate.

One of the subtle design elements of this bike’s build are the black hard-chromed front forks, it’s not something you see everyday but it suits this bike down to the ground. Before the build was finished the Bald Terrier was loaded up on a dyno and tuned for peak performance, not something most Harleys ever experience.

The bike has now been delivered to it’s owner Glenn and if you live in Sydney, you might want to keep an eye out for it belting around town and scaring the bejesus out of old ladies and seagulls. 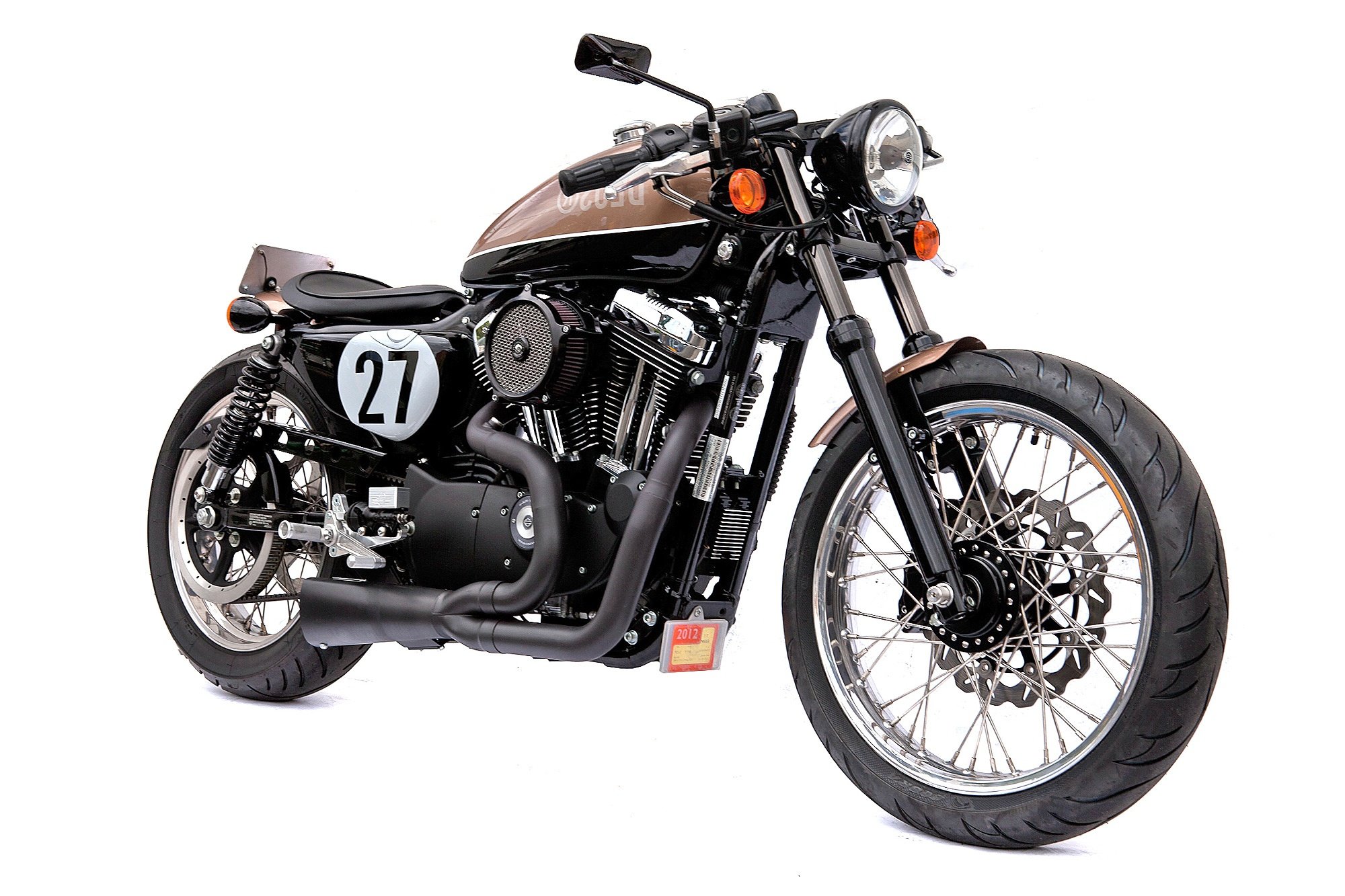 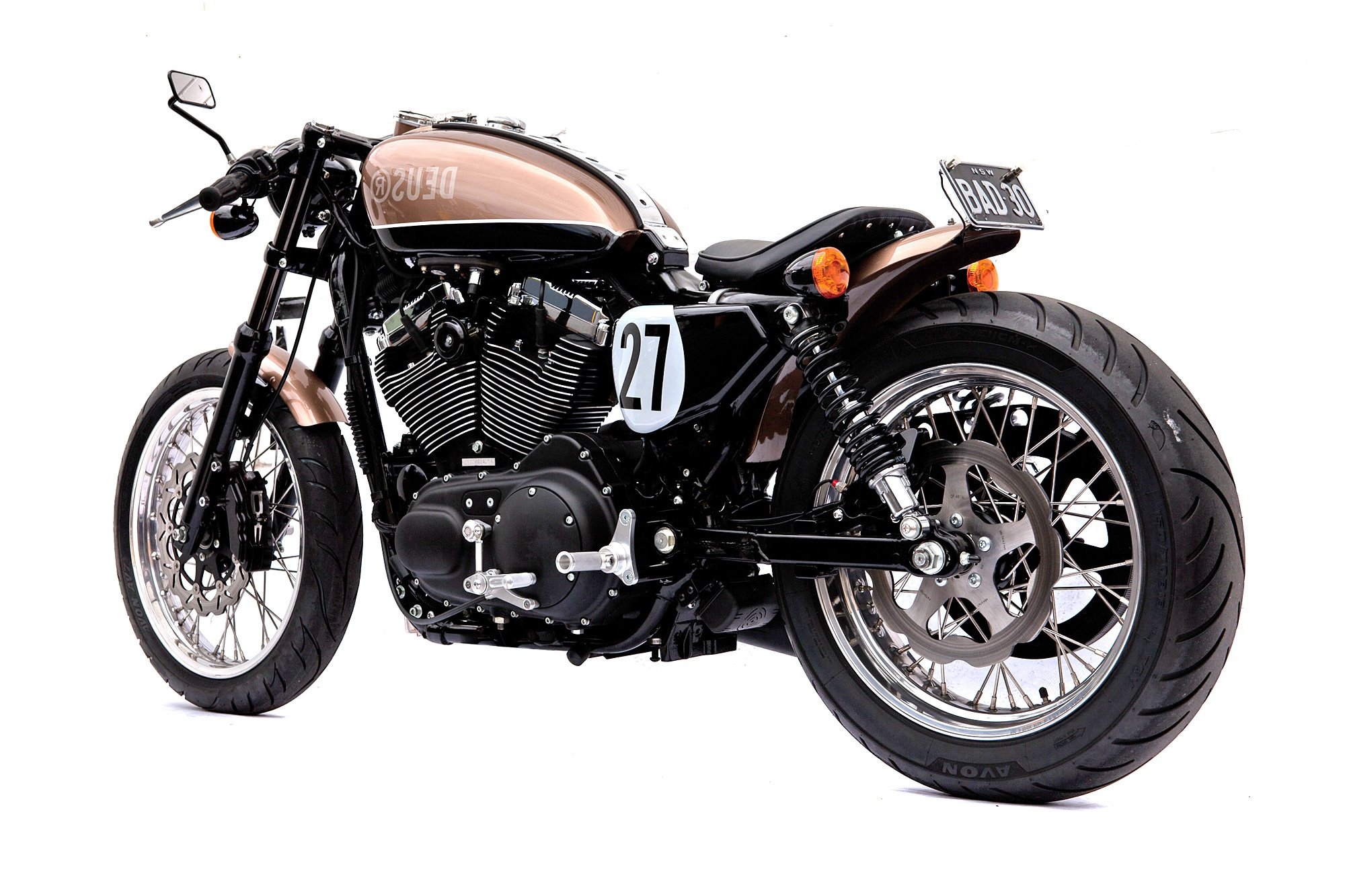 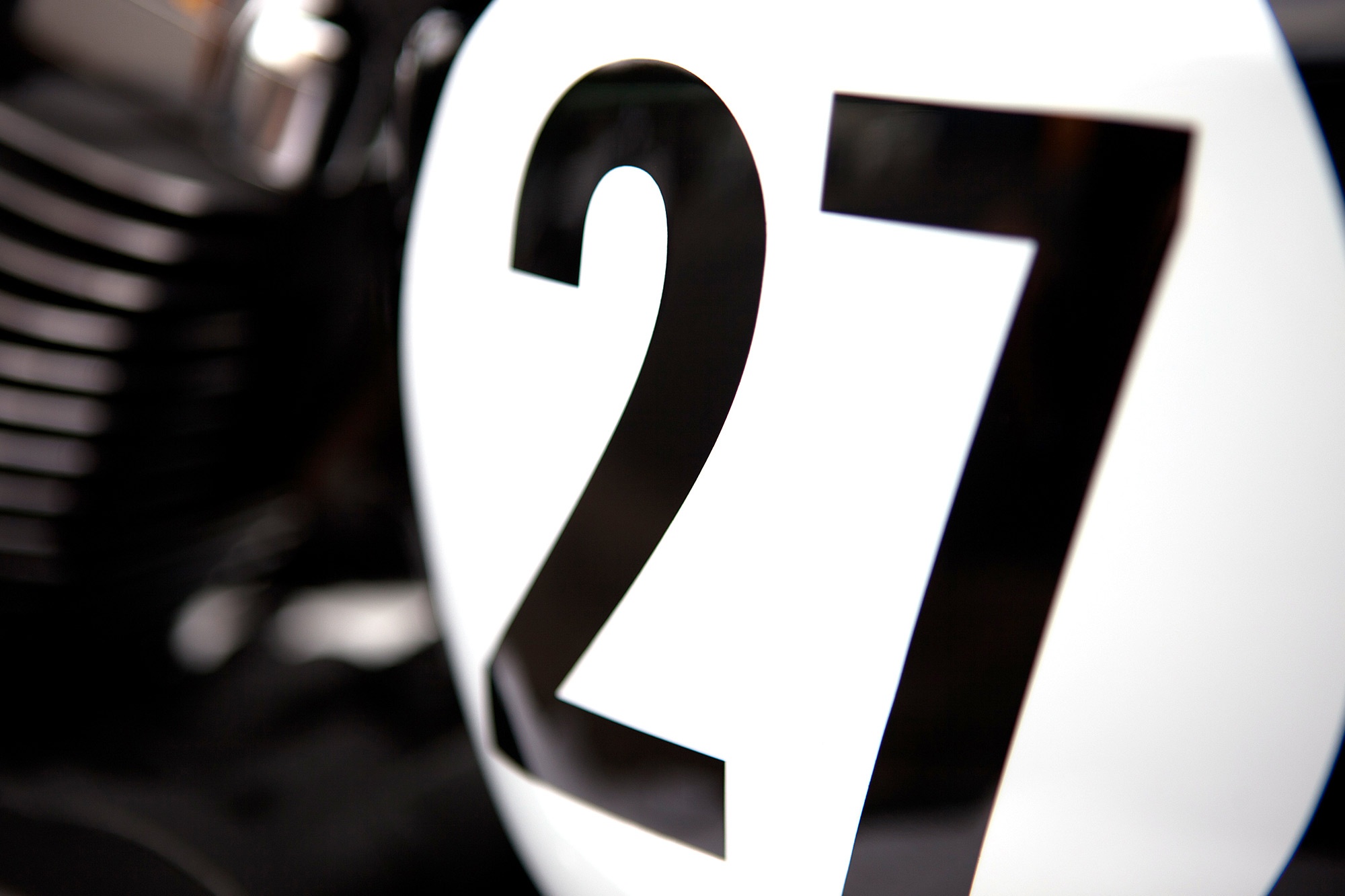 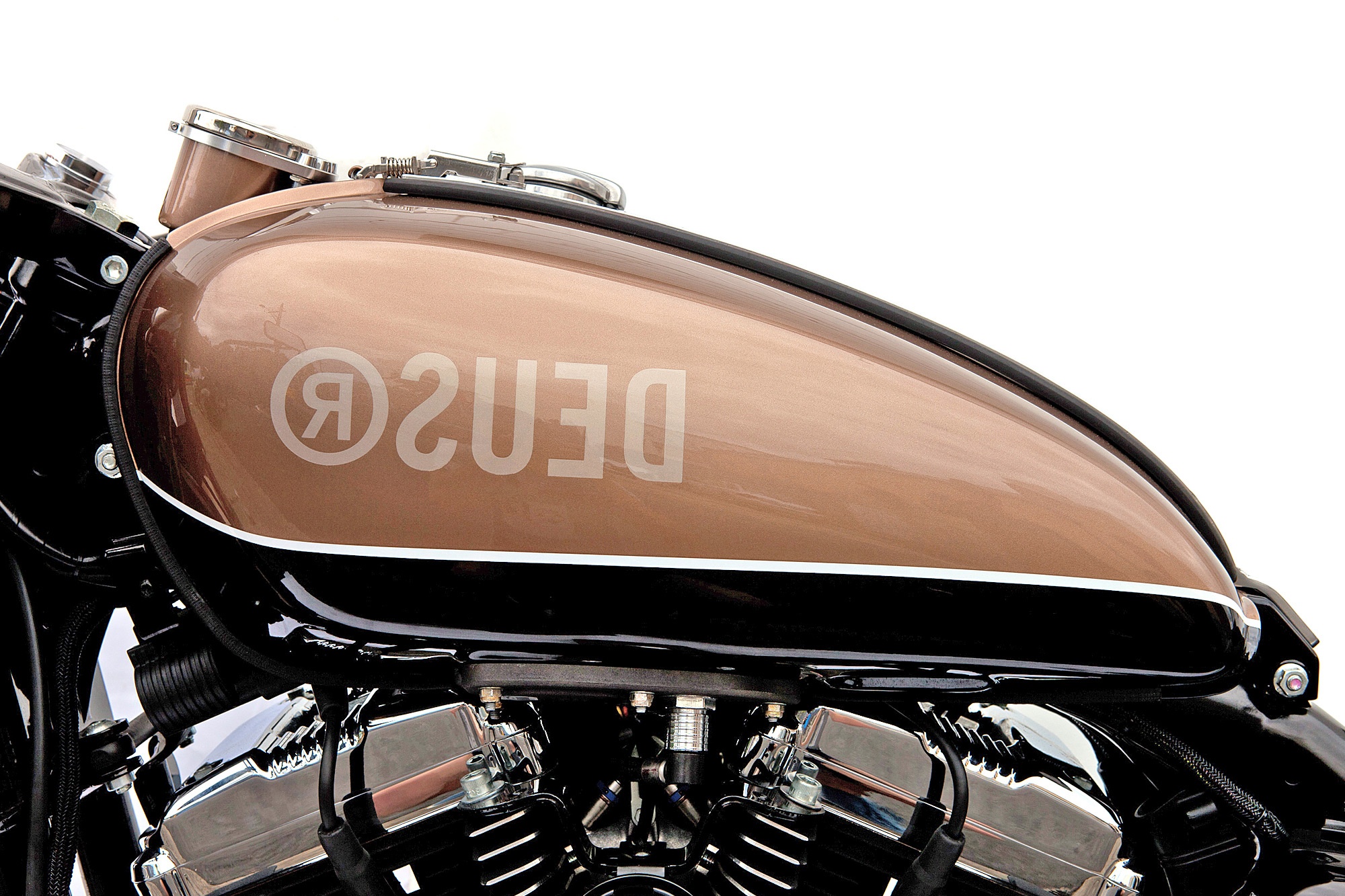 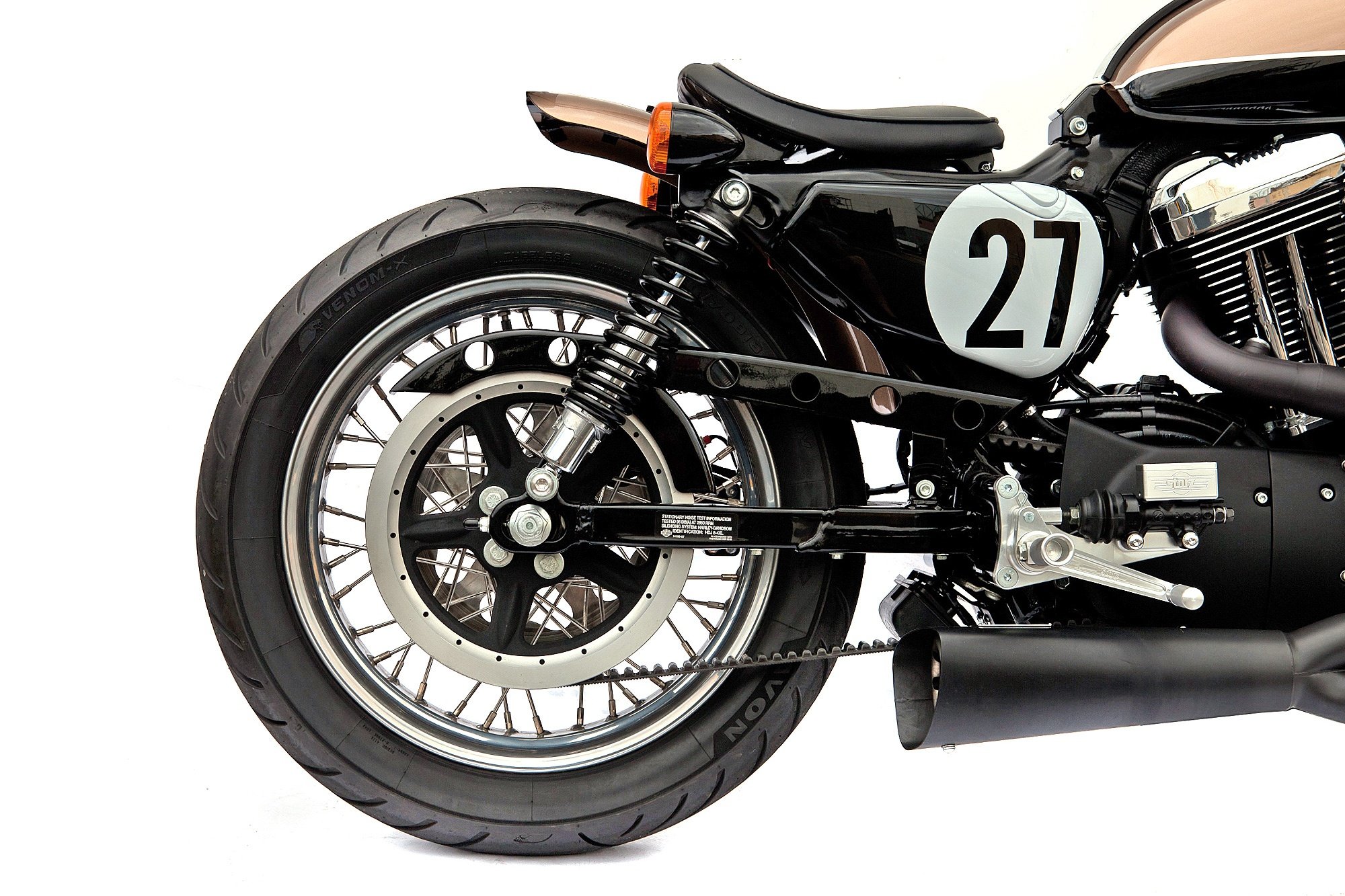 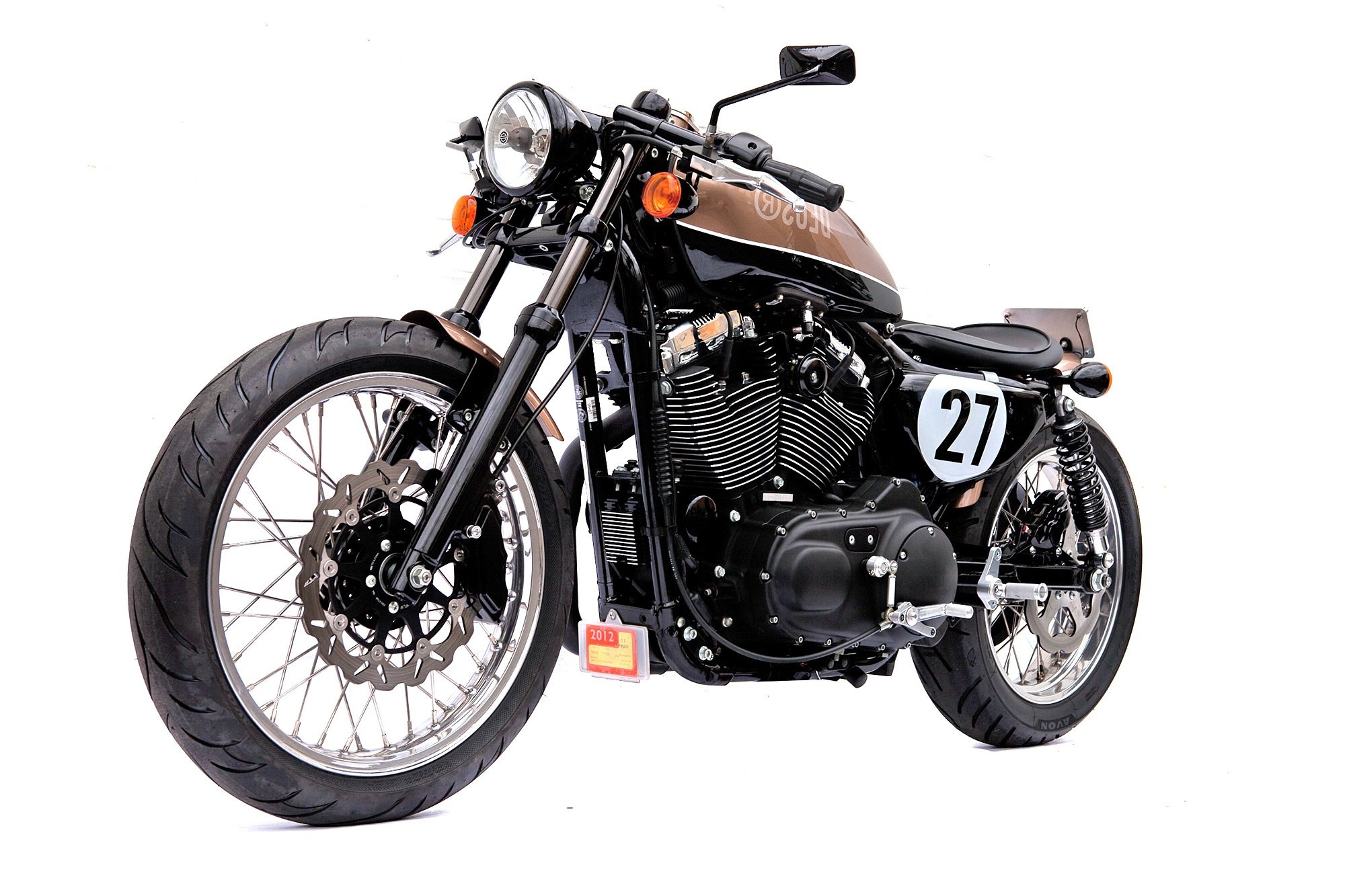 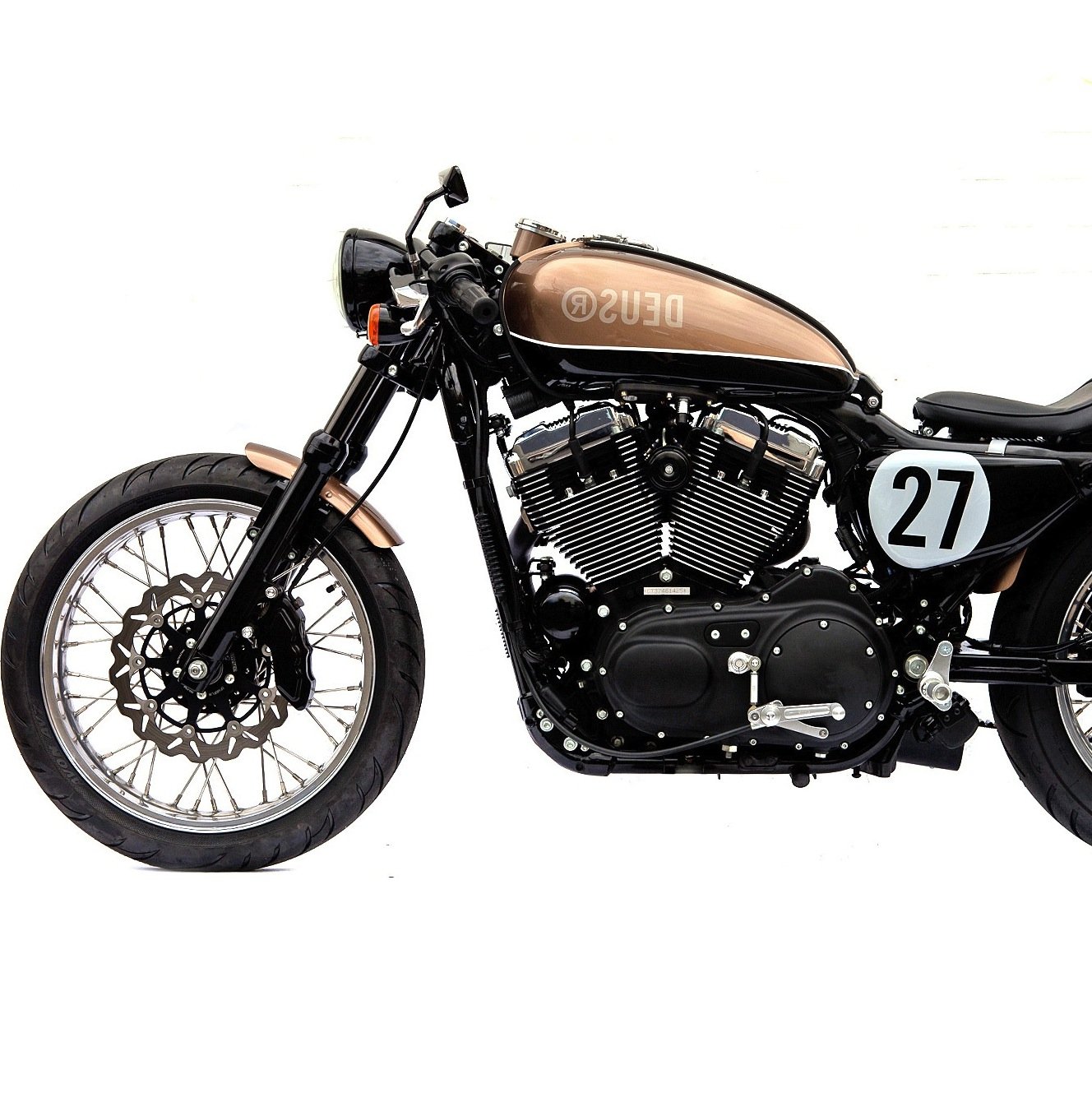