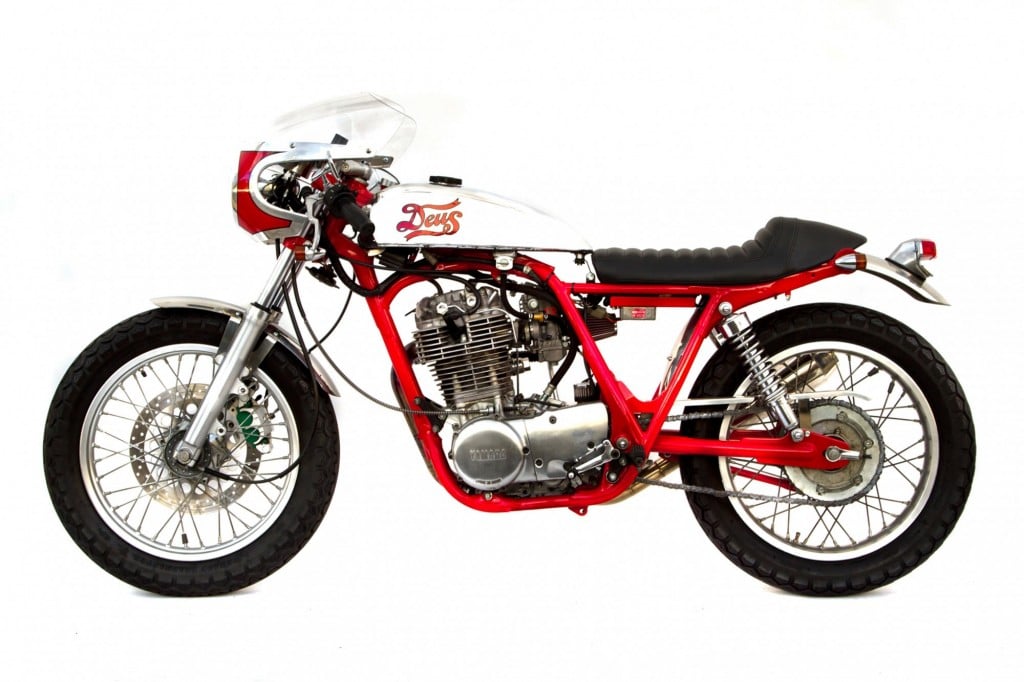 Deus Ex Machina has a refreshingly heretical approach to cafe racer building, this bike is one of their latest creations and you can tell at a glance that it’s a signature, antipodean cafe belter.

The team at Deus have a long held love of the Yamaha SR500, it’s a single cylinder Japanese thumper designed in the late 70s, interestingly it was only the second 4-stroke engine design Yamaha had ever developed. They kept the engineering as simple as possible, there’s one valve in and one valve out with a single carburettor and a bullet-proof 5-speed transmission.

With this cafe creation, dubbed the Cherry Cafe, Deus stripped the original bike back to save weight, then painted the frame cherry-red. They added a custom seat, rear cowling and front cowling, then added Tingate clip-on handlebars, a CR round slide carburettor and stainless steel fenders on the front and back. 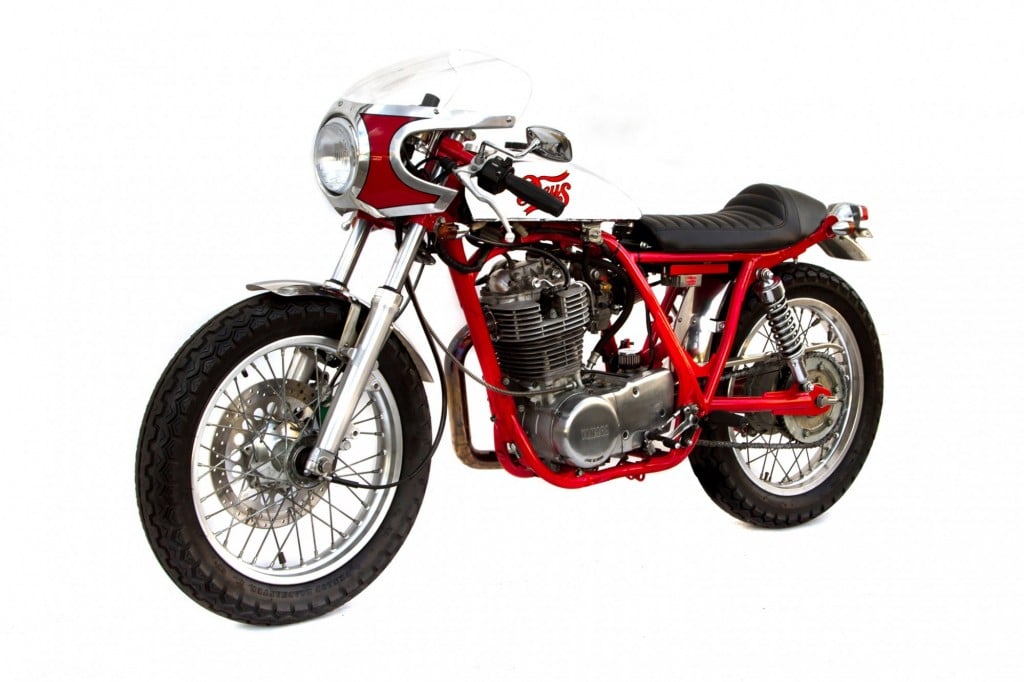 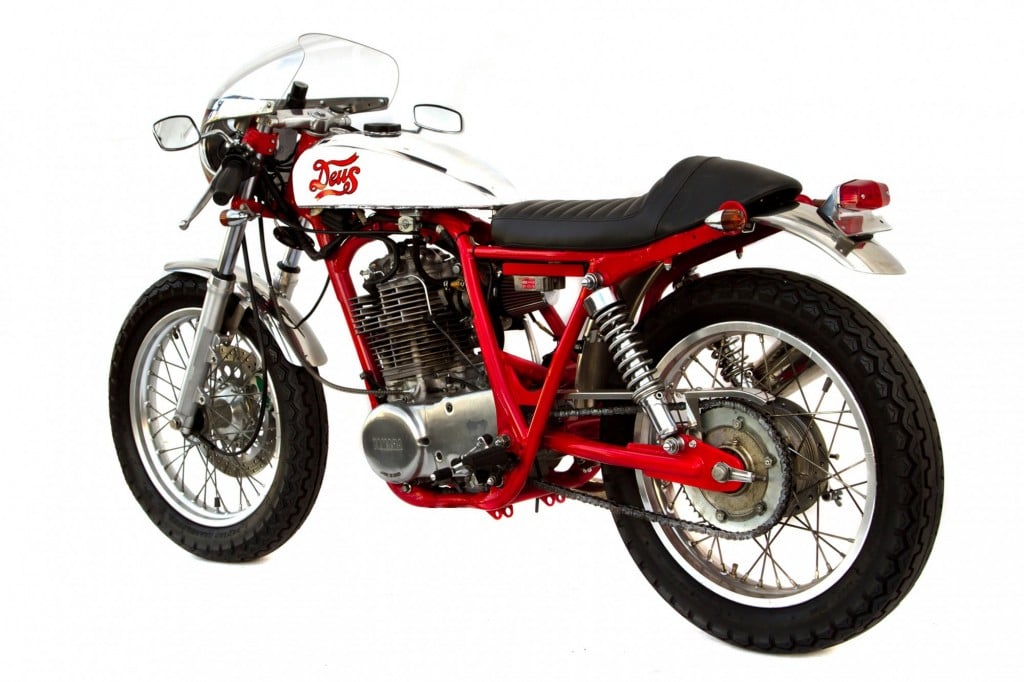 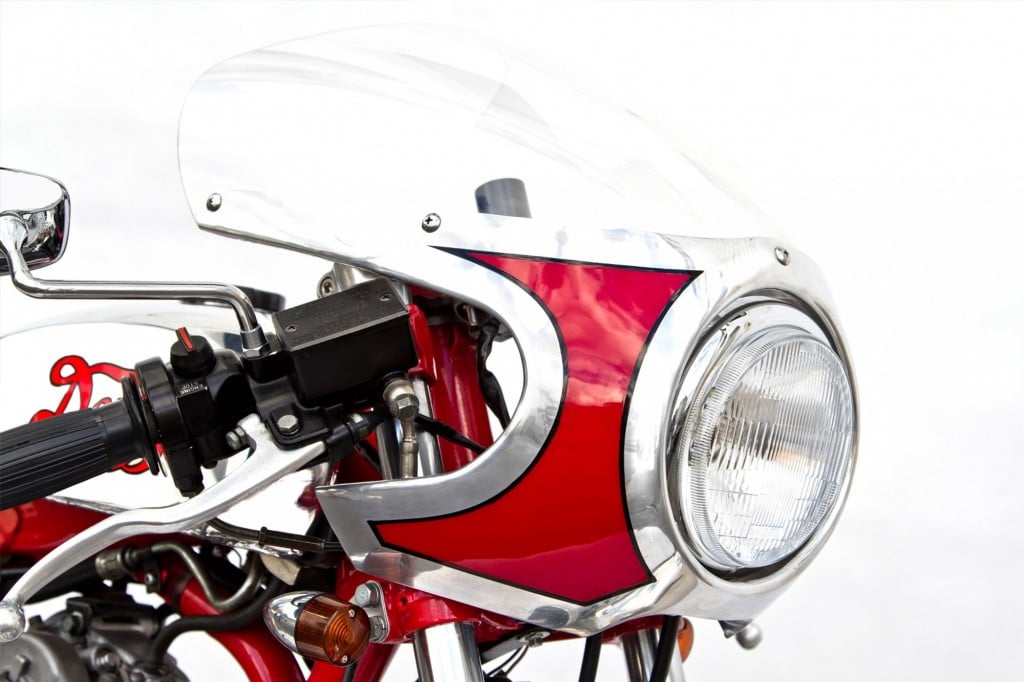 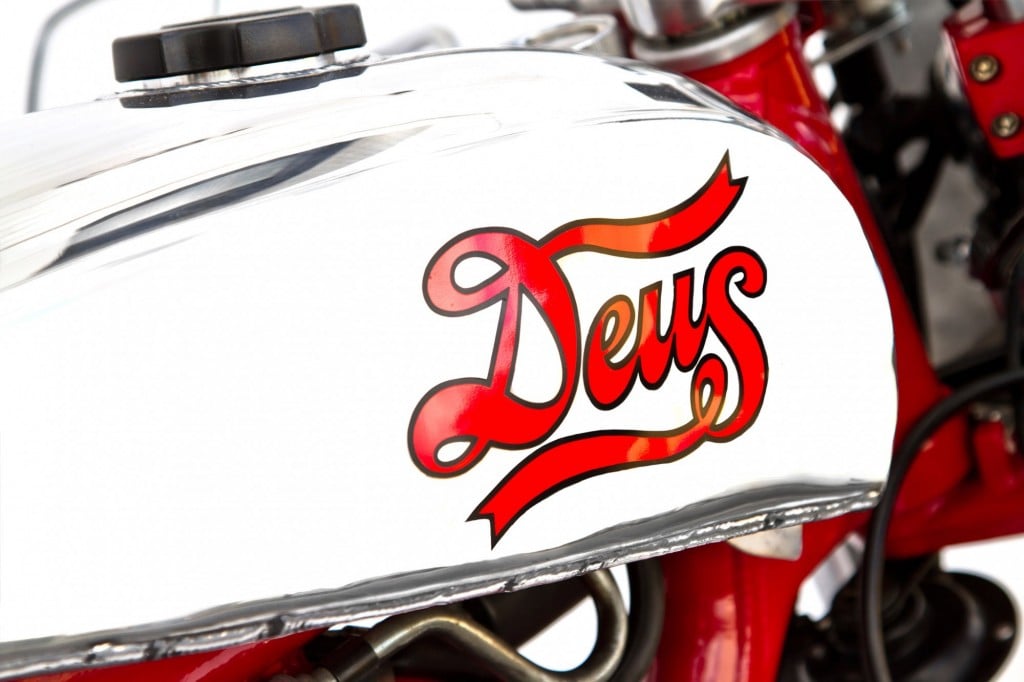 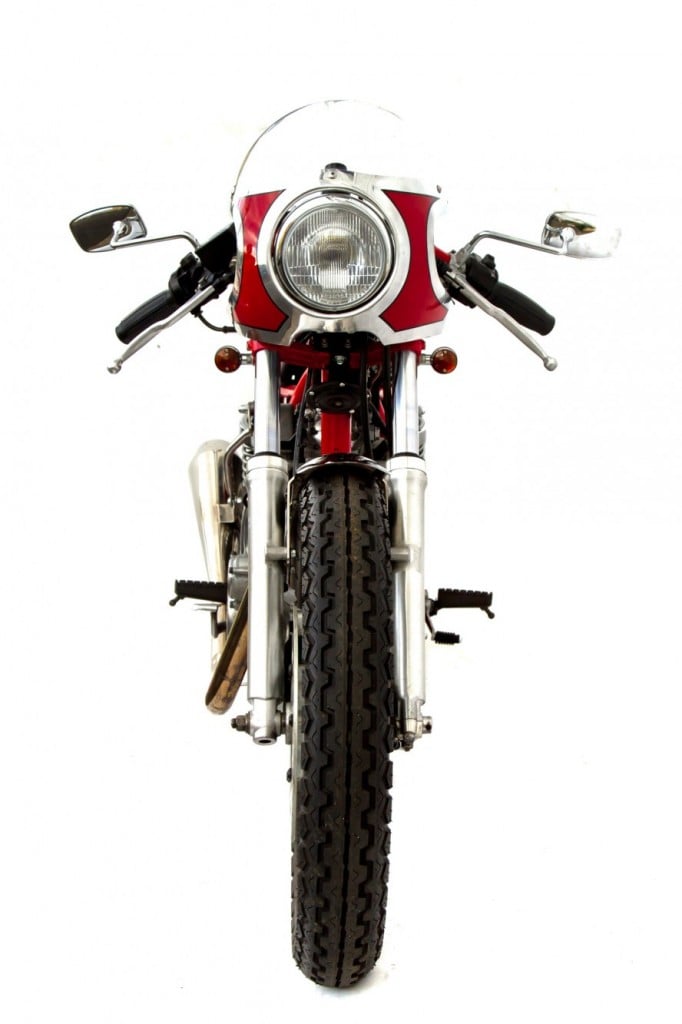 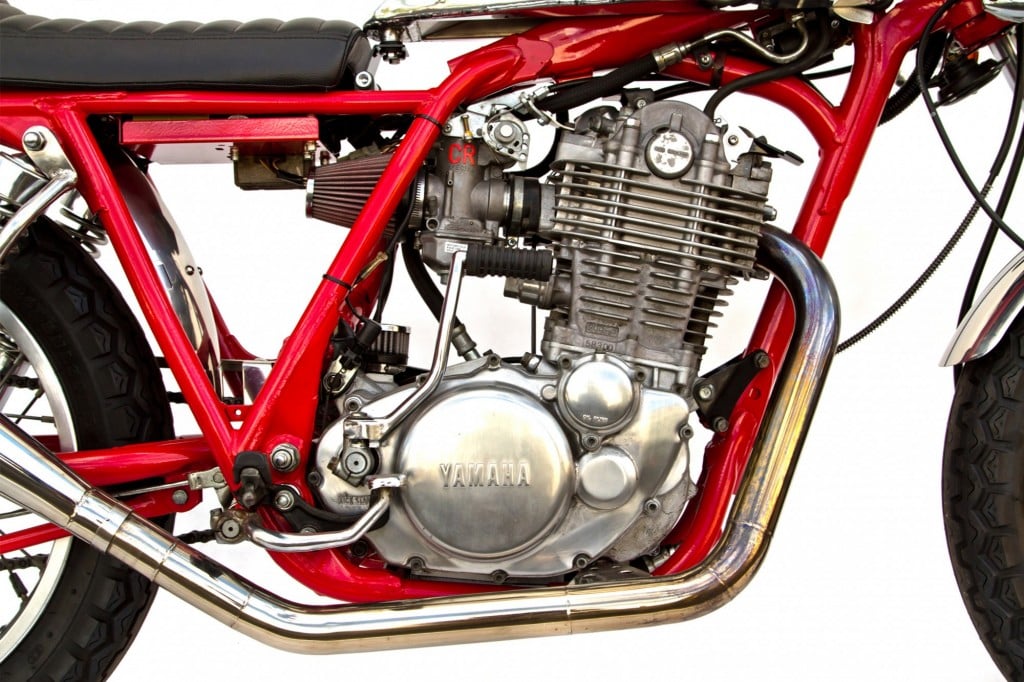