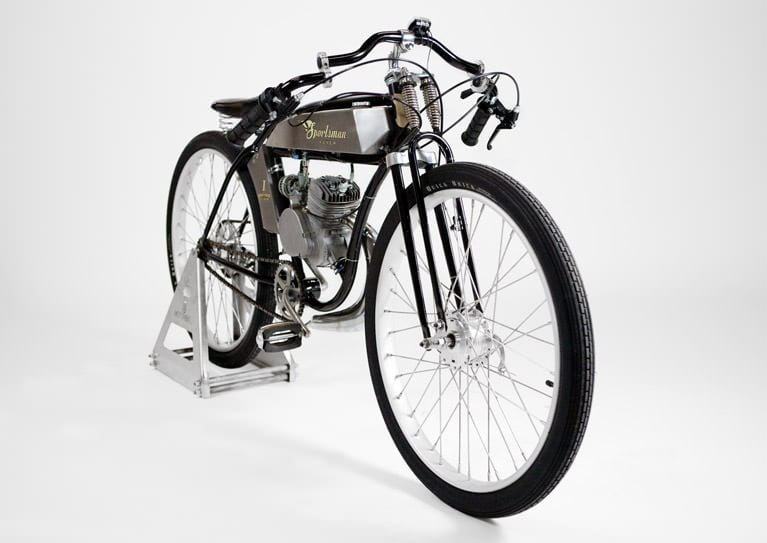 The Sportsman Flyer is a modern take on the classic boardtracker motorcycle genre, the Flyers are beautifully designed from front to back and powered by a hard working two-stroke engine.

These motorised bicycles are sold in kit form and you can pick up a model just like this for $1,250 USD, there are a few extra elements you’ll need to complete the bike (like a saddle, engine and wheels), so you’ll probably need to budget around $2,000 USD for a completed bike.

There are communities of motorised bicycle racers springing up around the world (we recently featured a bike by WCC) and even if you don’t want to race, the Sportsman Flyer is just about the coolest way of getting around town you’re likely to find anywhere. 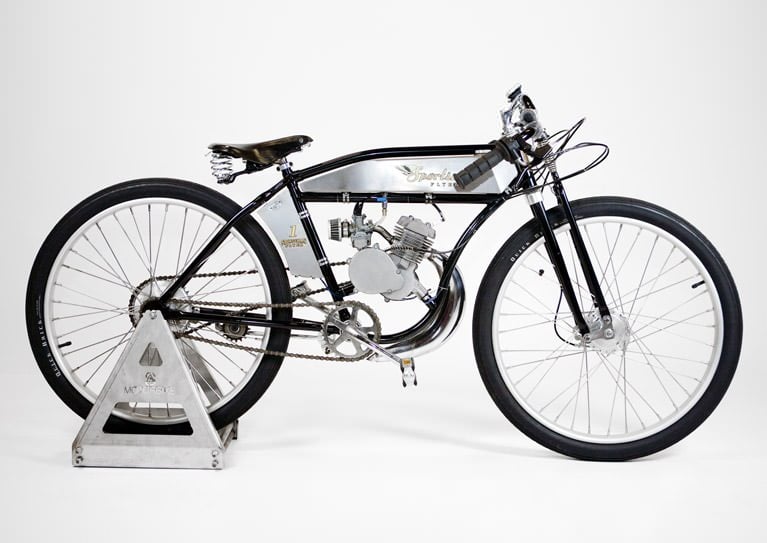 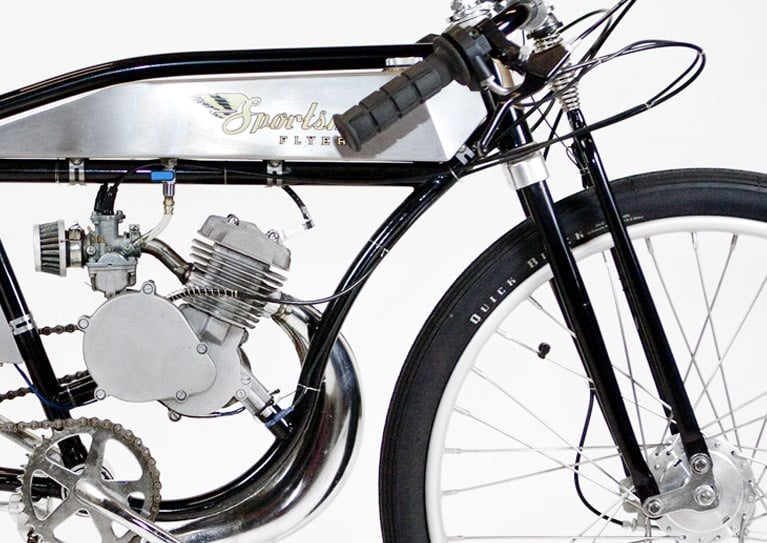