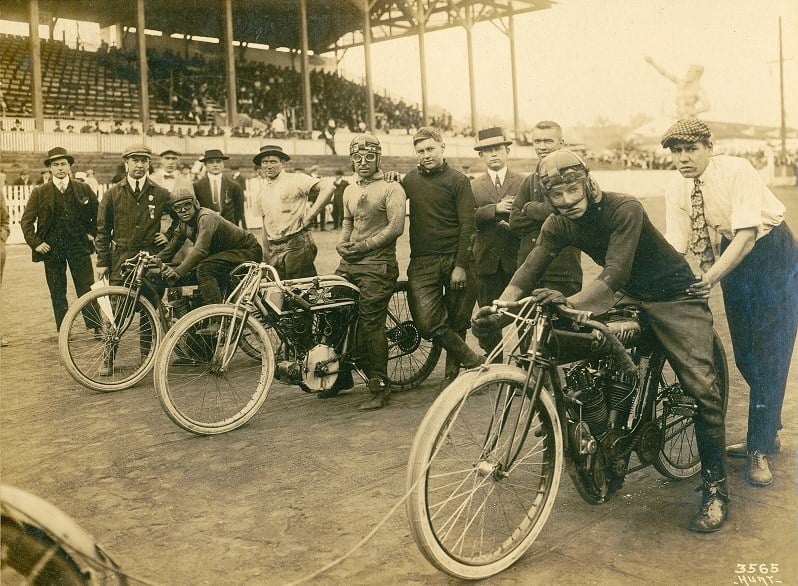 The boardtrack racers of the early 20th century were some of the ballsiest men ever to grace the world with their presence. Their motorcycles had no brakes and very little suspension, the men who rode them wore thin leather helmets and jodhpurs and they raced on huge, banked oval tracks made from 2″ x 4″ wooden planks.

You might have noticed the rope tied to the handlebars on the Indian, these bikes could only be started with a tow-jump, once the rider is underway he unties himself and hopes the rope doesn’t tangle around the wheel hub.