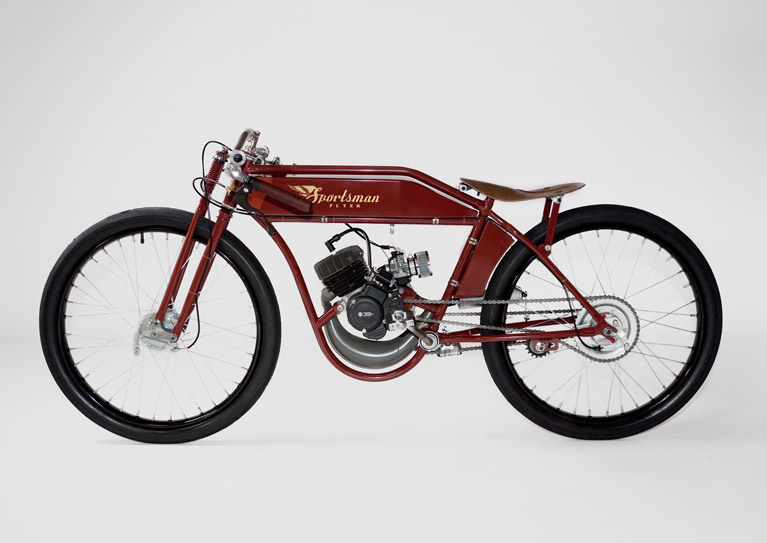 The Sportsman Flyer is a modern take on the classic boardtracker-style of motorcycle, they’re built by Pat Dolan in Gilroy, California and rather surprisingly, they’re available to buy without breaking the bank.

Offered as both kits and turn-key bikes The Sportsman Flyer comes in a few model variations, the standard engine configuration is a 66cc 2-stroke producing 9.5hp and good for significantly more than the legally mandated top speed of 30mph. Pedal power is also an option with all bikes being offered with a fully functioning pedal-crank-chain set up, just like the original boardtrackers that were produced at the turn of the previous century.

Kit prices start at $1,250 for this model, that includes the frame, tank and springer forks. The engine prices vary but a decent new motor can be had for approximately $600, all the other bits and pieces needed to finish the bike are available from the online store.

If you’ve been looking around for a winter project, give these bikes a look, they may just be the very contraptions you’ve been searching for. 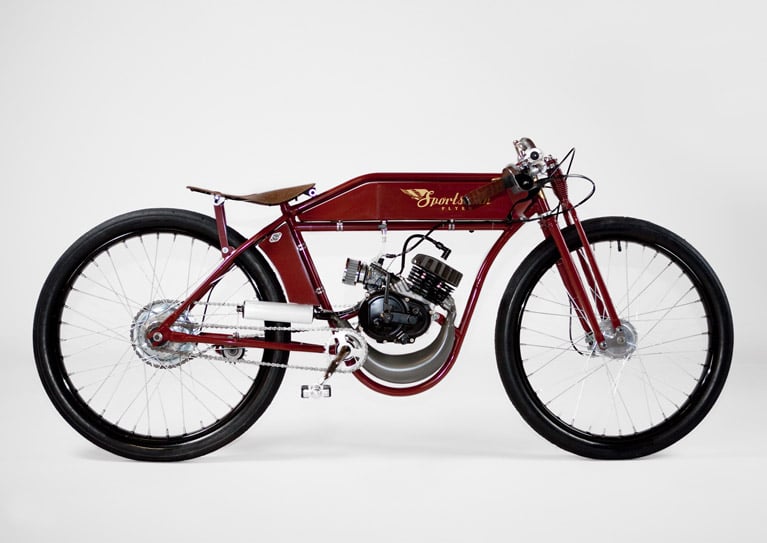 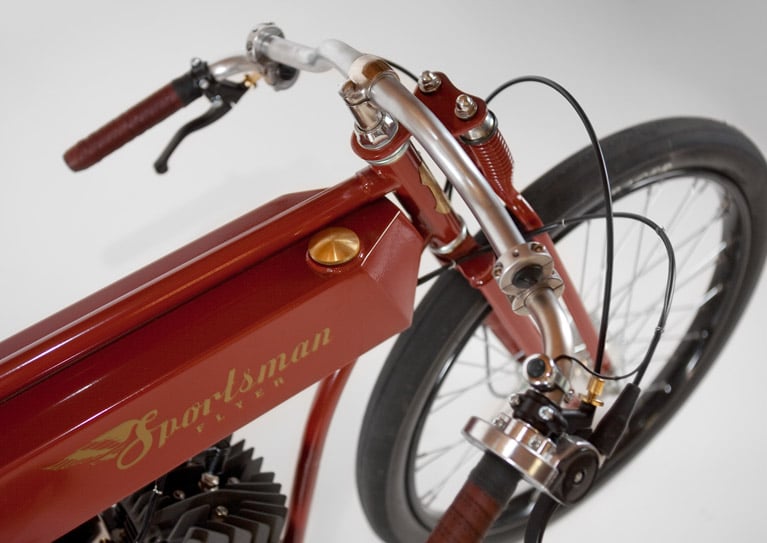 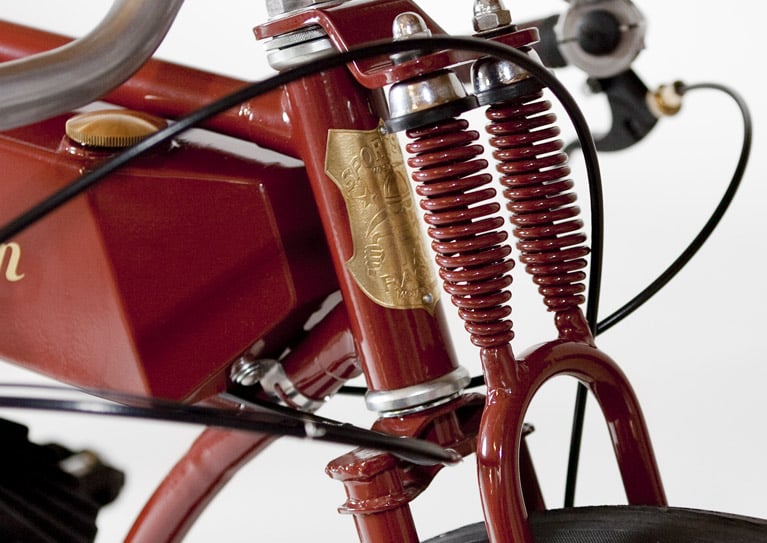 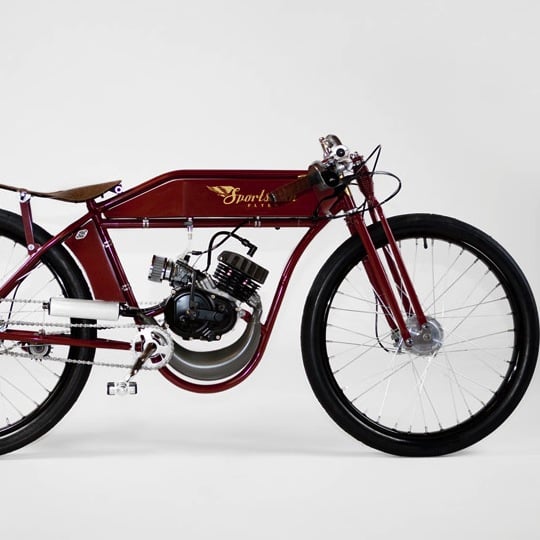