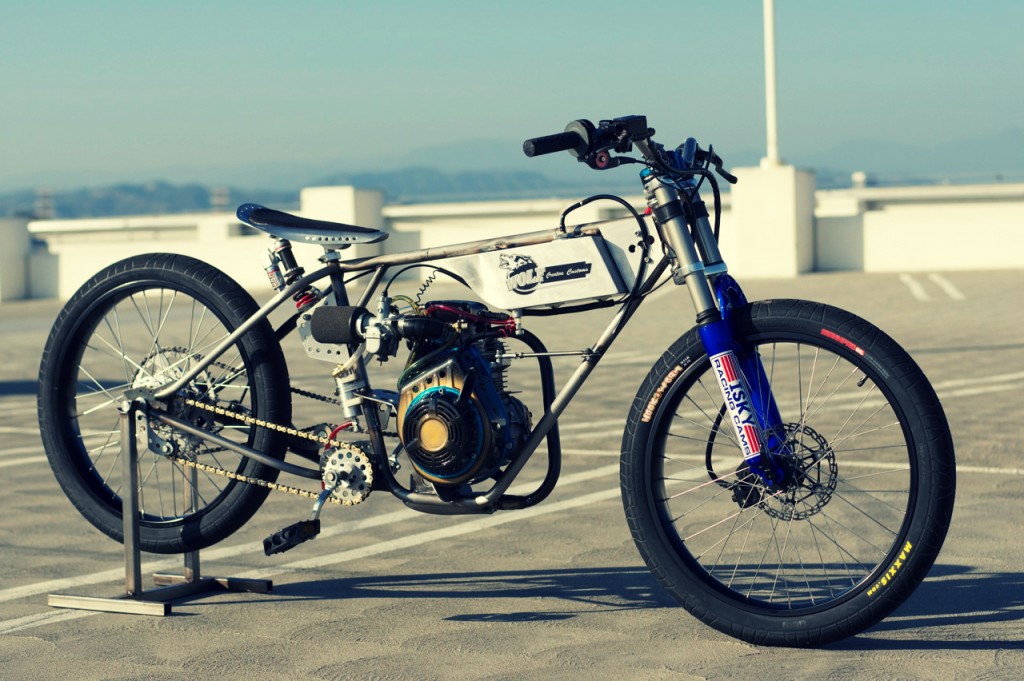 I love interesting engineering projects like this, it’s a race bike built by Wolf Creative Customs based out of Culver City. I guess it’s a moped of sorts but it’s nothing like the mopeds we’re used to seeing pootling around town in a cloud of blue smoke, this bike is custom built from scratch for racing and it goes like a freshly immolated cat.

Jeff Wolf, the proprietor of Wolf Creative Customs, started building racing bikes for his son a couple of years ago, he found the standard frames and engines to be unreliable and a little finicky so he started building his own stripped back racers from the ground up.

The engine in the bike you see here may look small but it has a billet lightened flywheel, a billet connecting rod, cromoly push rods, a special ground cam, a reworked head and a high-performace 22mm carburettor. These additions means that the engine now revs up to 8,000rpm and produces 6.5hp, that may not sound like much but just remember how incredibly light this bike is, even when dripping wet. 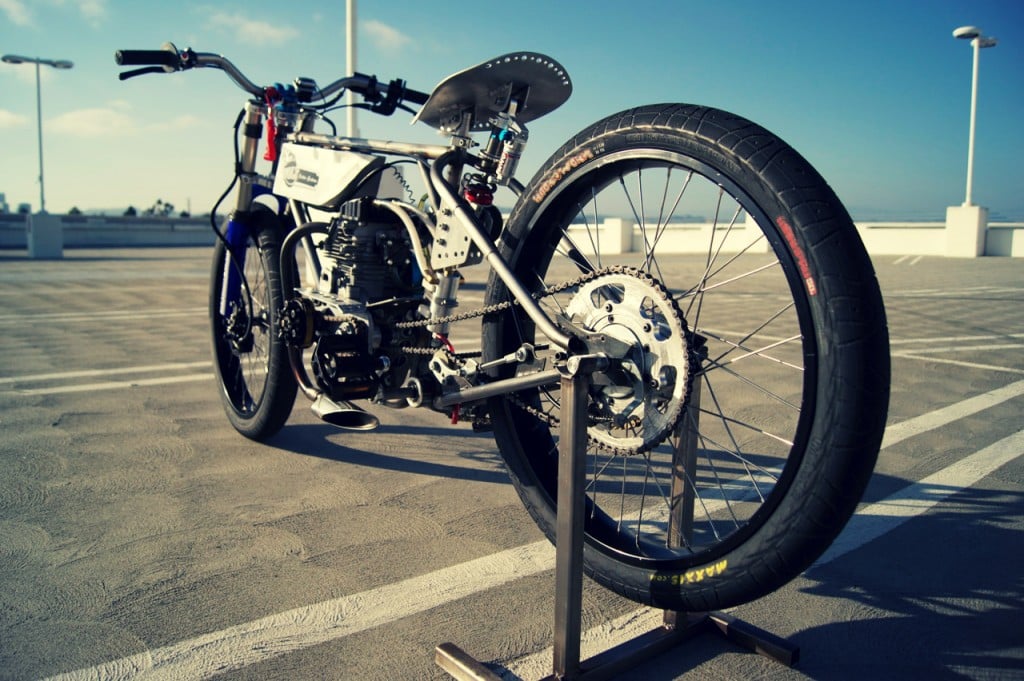 The close-up photographs of the frame show just how much work has gone into this little beast, almost everything you see was hand-fabricated with performance in mind. Jeff’s son Jon is the primary pilot and he races the bike in a So-Cal series held on Go-Kart tracks, in many respects this is about as close to boardtrack racing as it’s possible to get nowadays and if you take a close look at the total lack of chicken-strips on those tires it becomes obvious just how hard Jon races. 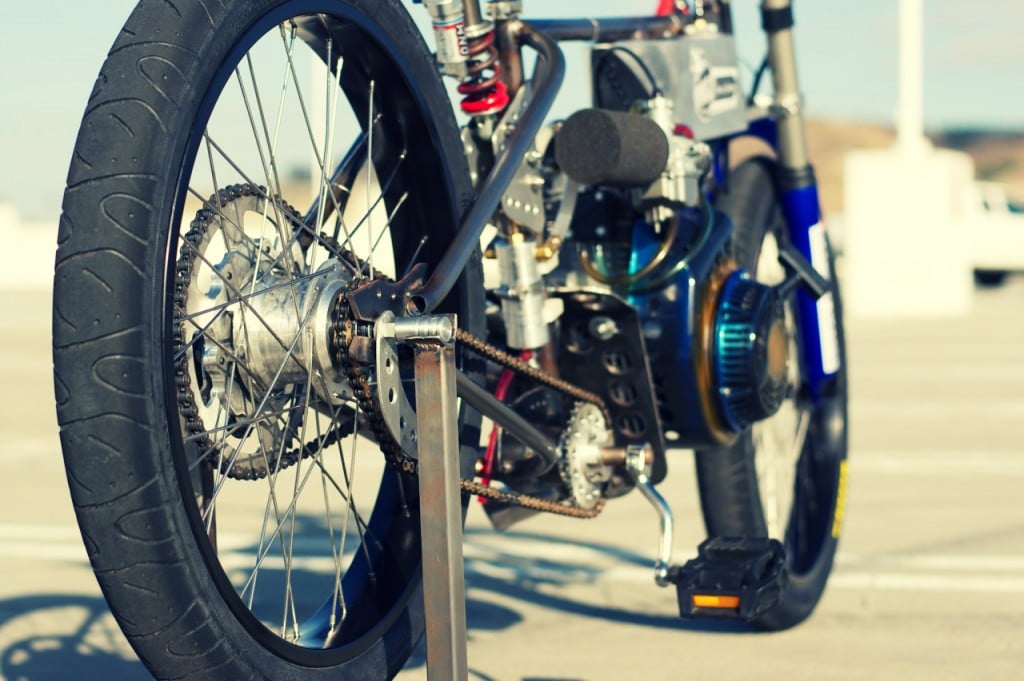 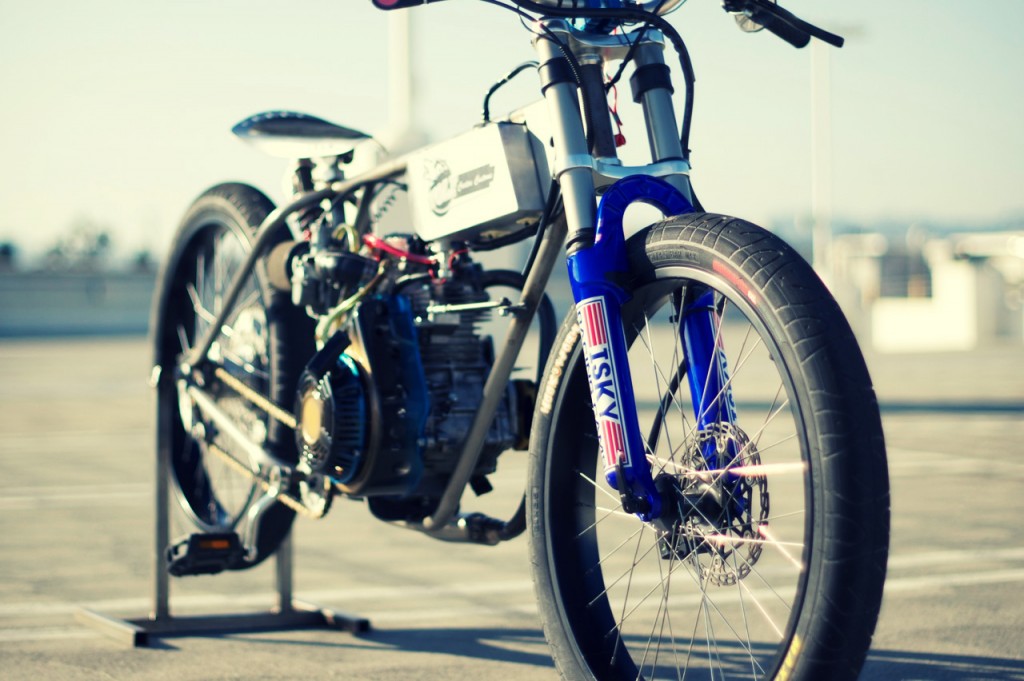 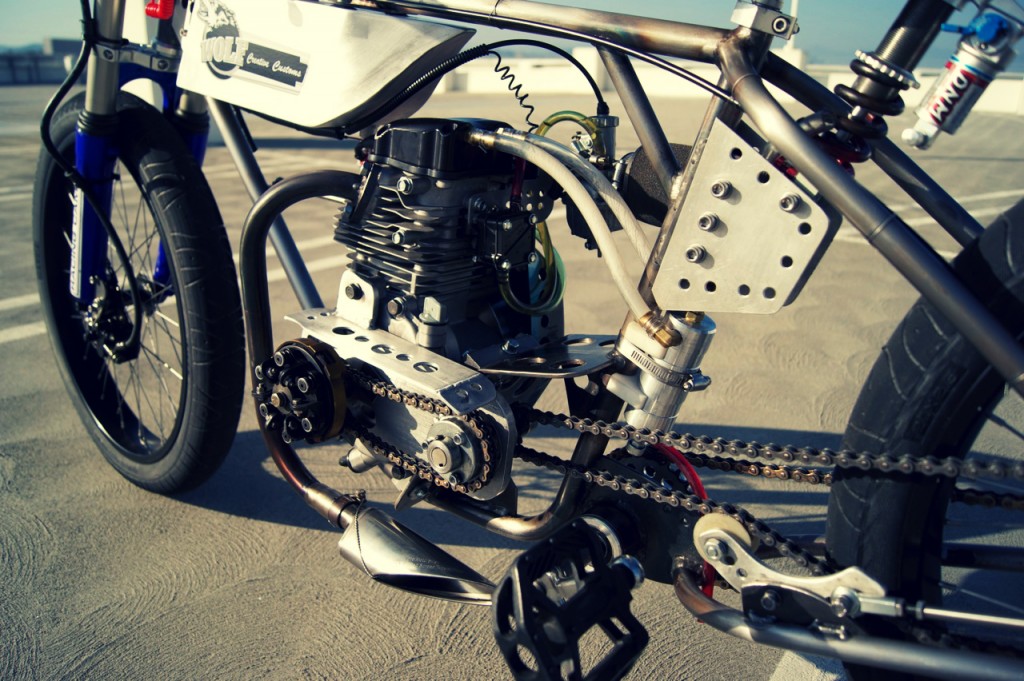 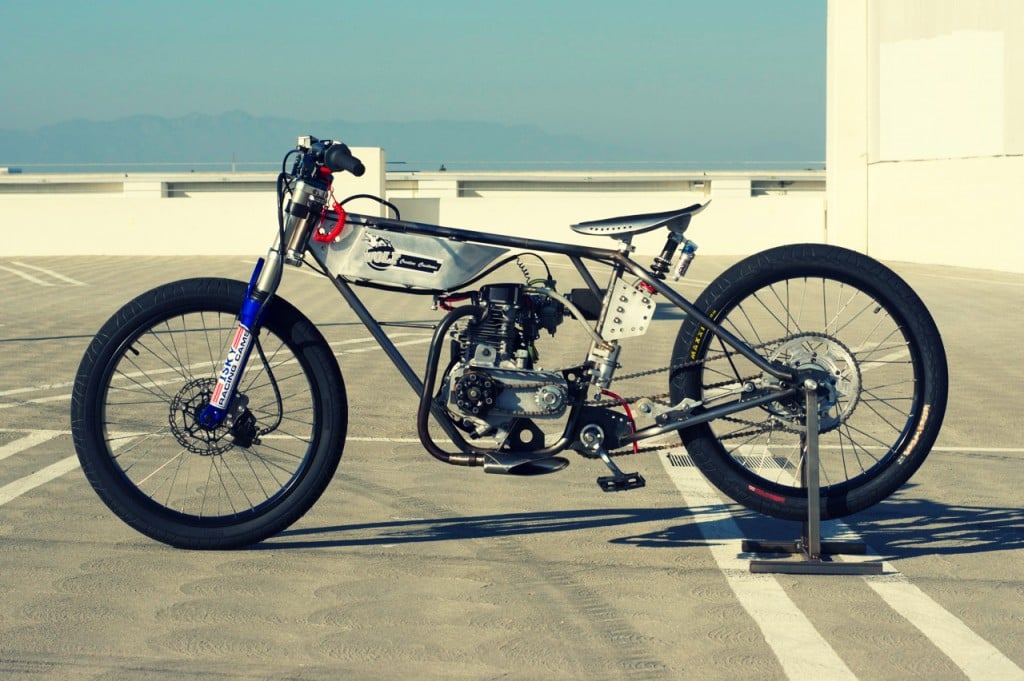 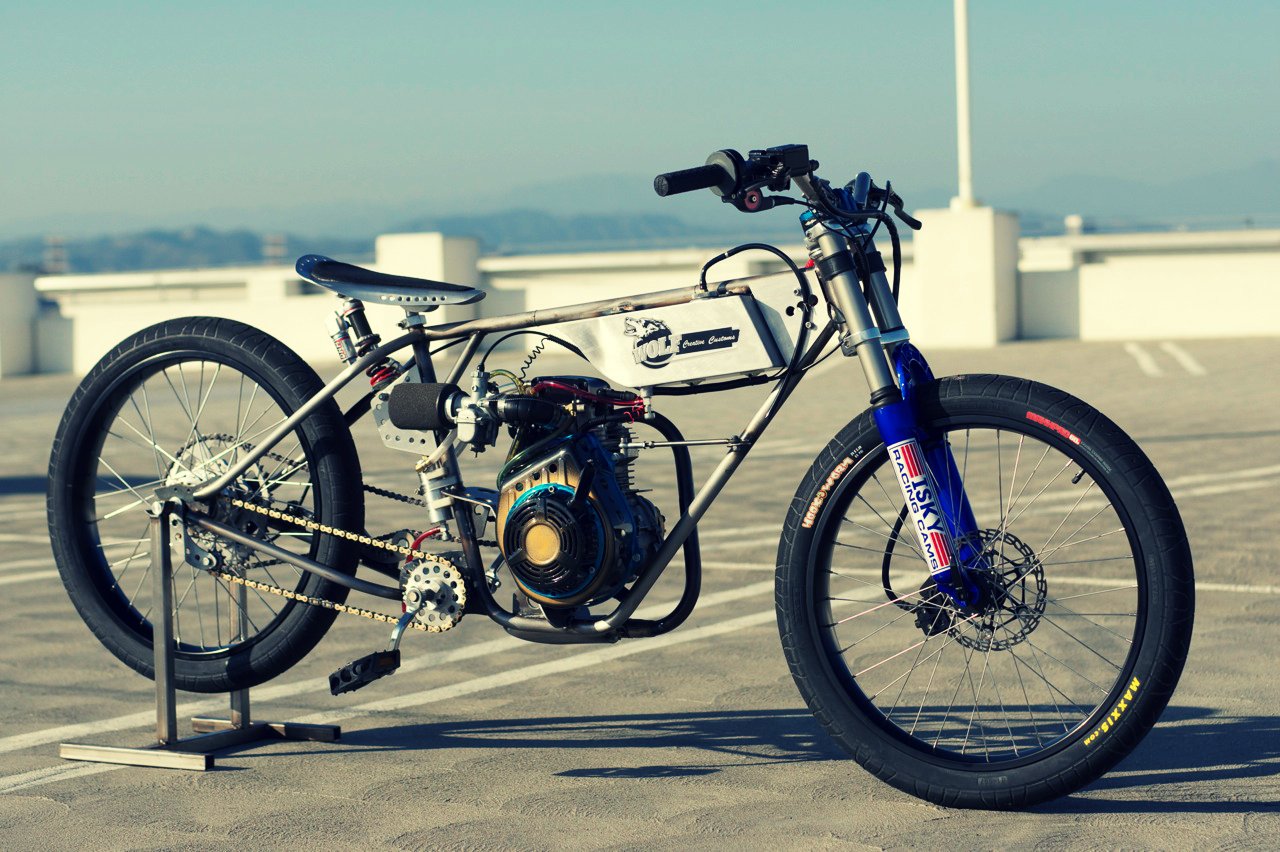