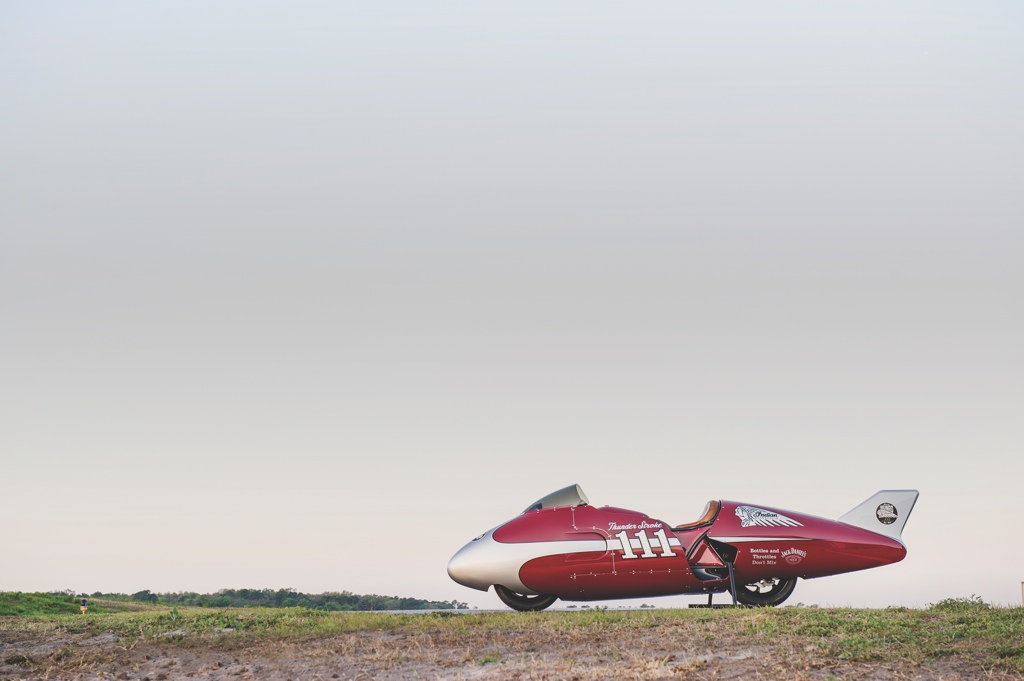 The Spirit of Munro is a salt lake racer built as a hat tip to legendary motorcycle racer, Burt Munro. Munro’s original streamliner was based on a 1920 Indian motorcycle, the bike was ancient by the time he set his last record (at 47 years old), it’s a staggering testament to his abilities as an engineer that he was able to set so many records with it, including the under-1000cc world record which still stands today.

Just to give the above fact some perspective, Munro set that record at the Bonneville Salt Flats on the 26th of August, 1967 when Burt was 68 (he was born in 1899).

When the team at Indian Motorcycles wanted to create a motorcycle to showcase their new Thunder Stroke 111™ engine they settled on a modern incarnation of Burt’s famous red beast. It has to be said that it was an interesting choice for a platform to show off the new power plant as none of the engine is visible due to the streamliner fairing, I imagine that the kids in the marketing department and the genuine motorcycle fiends at Indian had more than one heated argument about this bike as the choice. Fortunately for us, the fiends won out in the end. 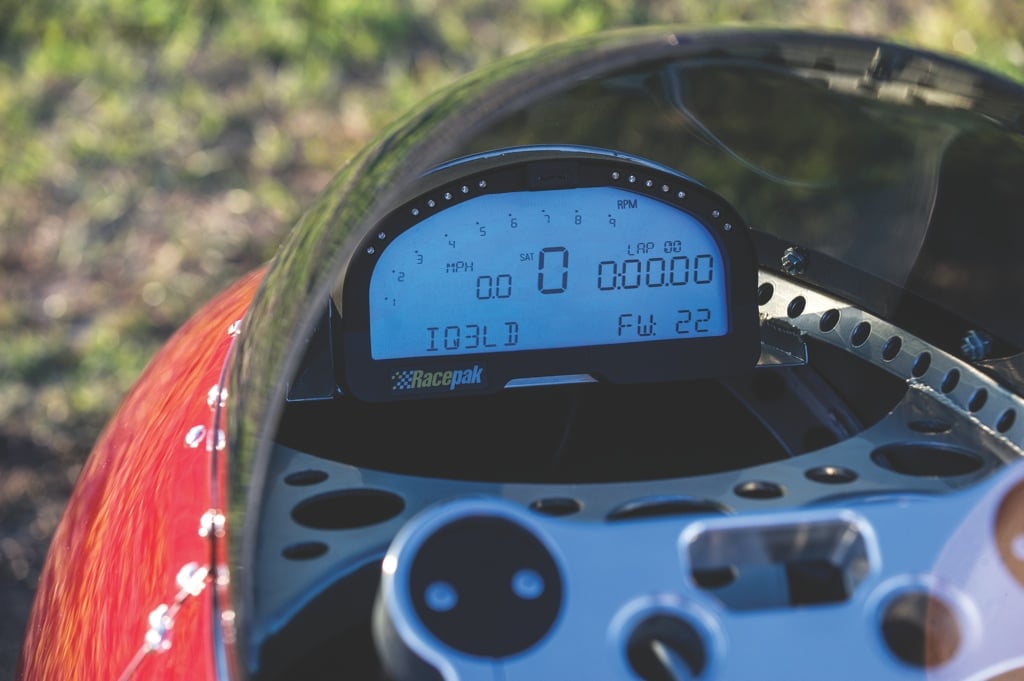 As this bike only exists due to the new Indian engine, I’ll run through the engine specifications now to get them out of the way:

Read more about the engine here.

Jeb Scolman of Jeb’s Metal and Speed in Long Beach, California was tapped as the builder of the project – largely due to his experience building salt-flat racers and also due to his work on the Stutz Blackhawk replica. Jeb leapt at the chance to build the bike, as any custom motorcycle builder in the world would have.

“When the guys from Indian Motorcycle called to ask if I would be willing to play a part in this historic endeavor, I could not say ‘yes’ fast enough,” said Jeb Scolman. “We built the Spirit of Munro in just three months of straight long work days. It was a brutal schedule, but to be a part of re-launching this brand and giving Indian Motorcycle fans a historic new piece of Americana makes it all worth the effort.” – Jeb Scolman 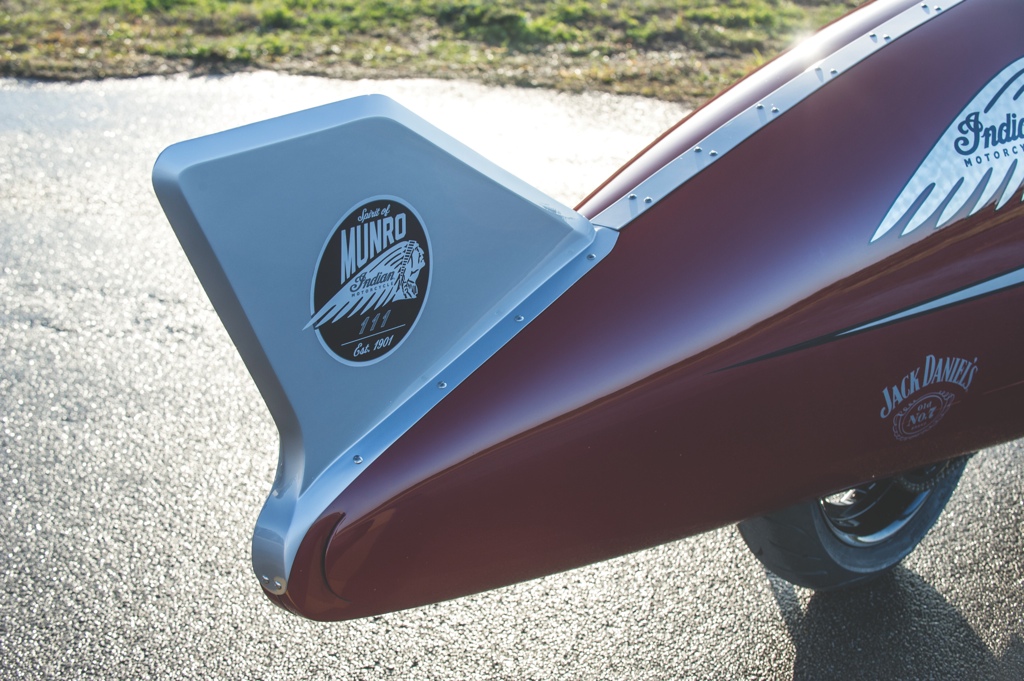 Jeb built the Spirit of Munro from all-aluminum bodywork, which was hand-formed using traditional tools and techniques. The chassis is custom and the custom exhaust and intake system is mated with a chain-drive conversion to allow for the tall gearing necessary for top speed runs out on the salt.

If you’d like to see the Spirit of Munro it’ll be on display at the Daytona International Speedway every day of Daytona Bike Week, and will take part in the Indian Motorcycle Spring Dash lap of the Daytona 200 on March 16, 2013. Indian haven’t announced any plans to take it to Bonneville and “see how fast she’ll go” but I can’t imagine that a proper timed run will be too far off in the bike’s future. 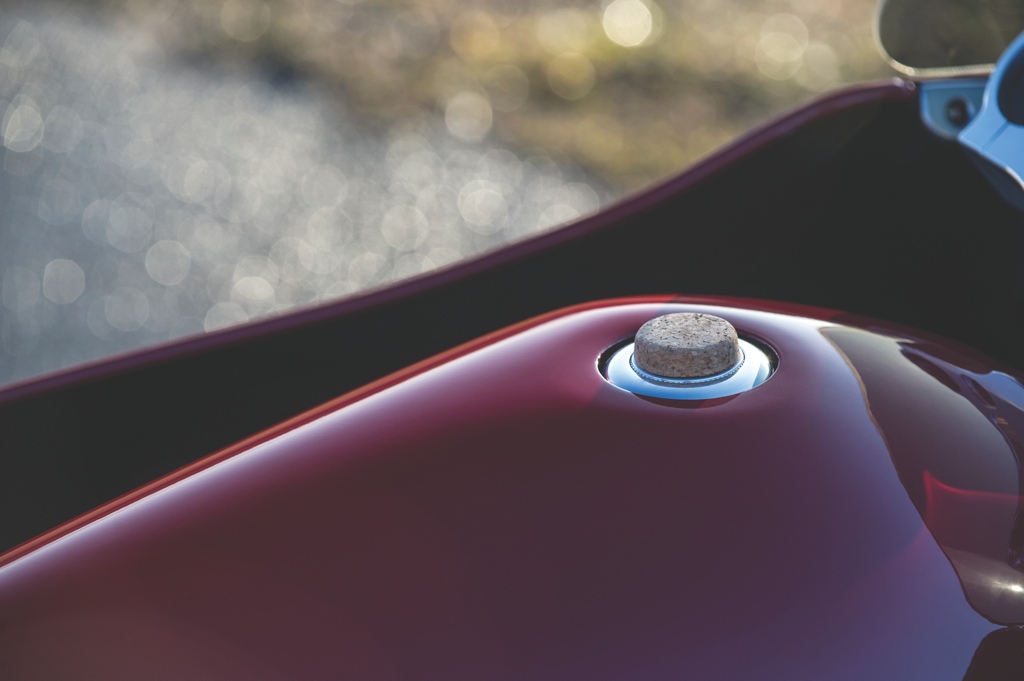 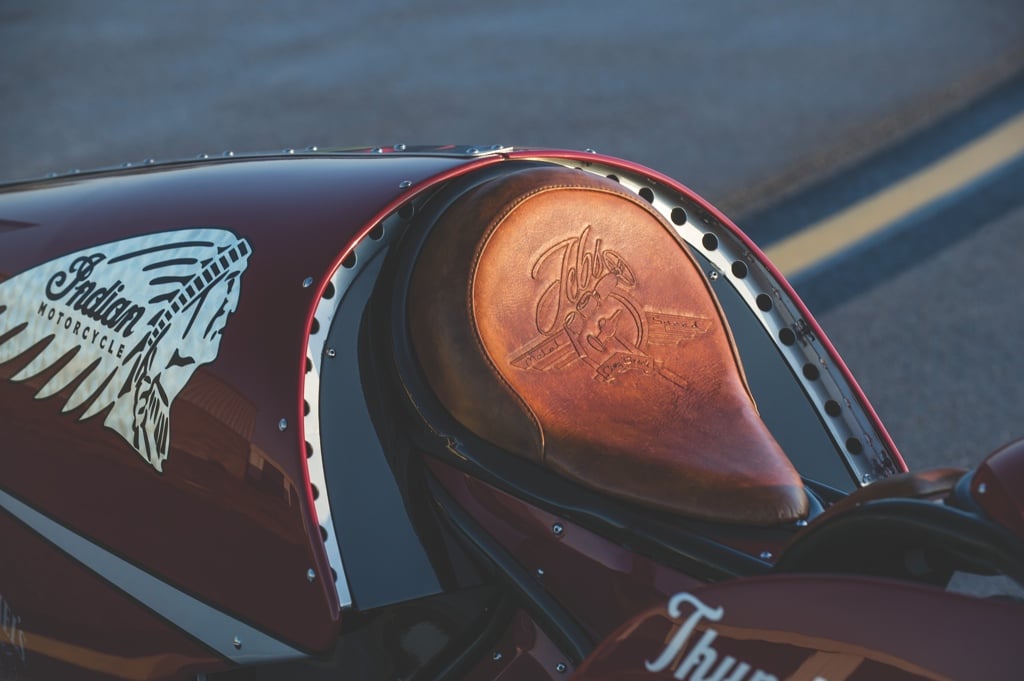 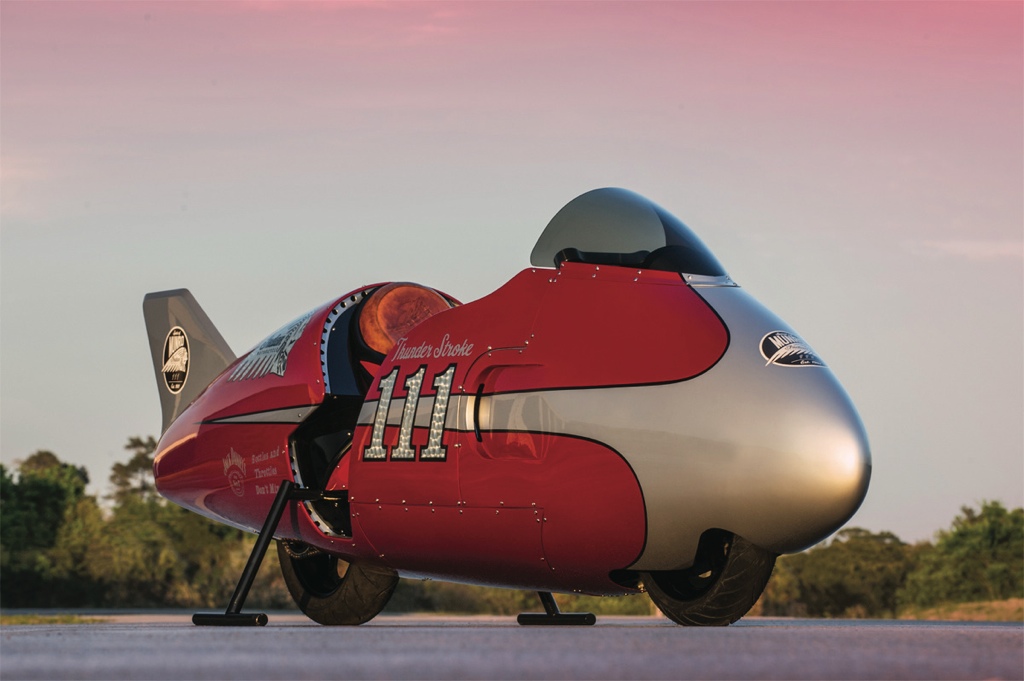 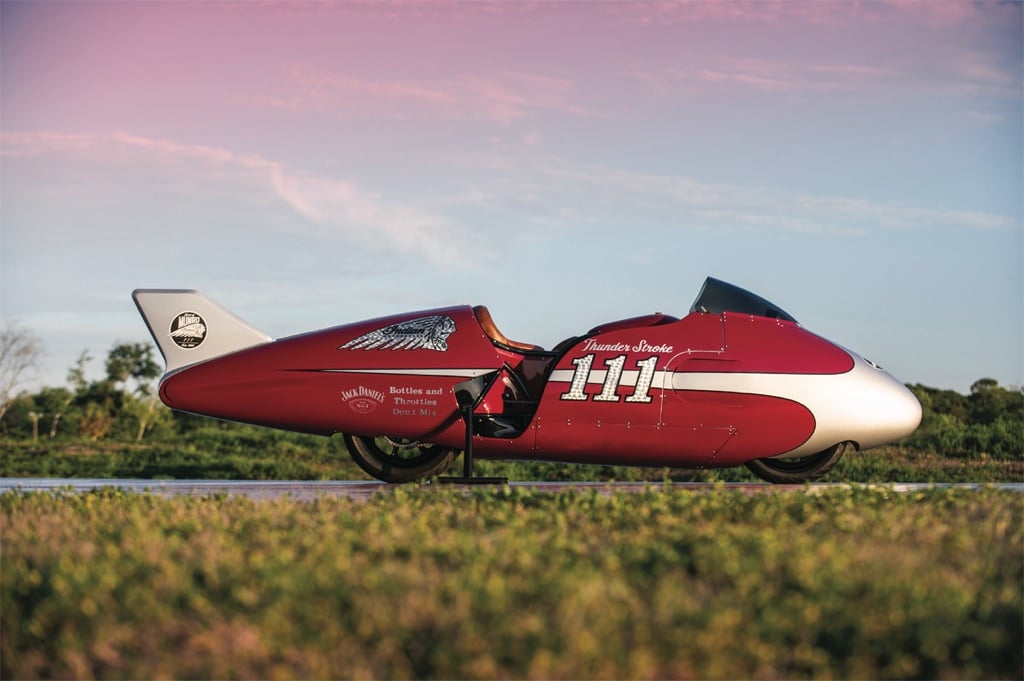 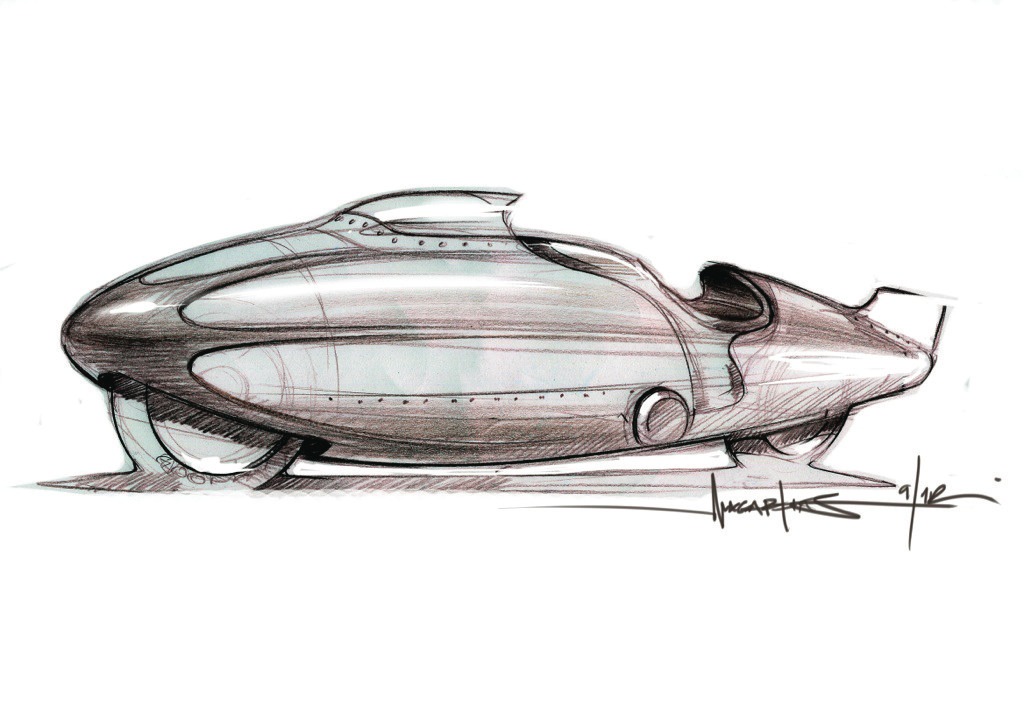