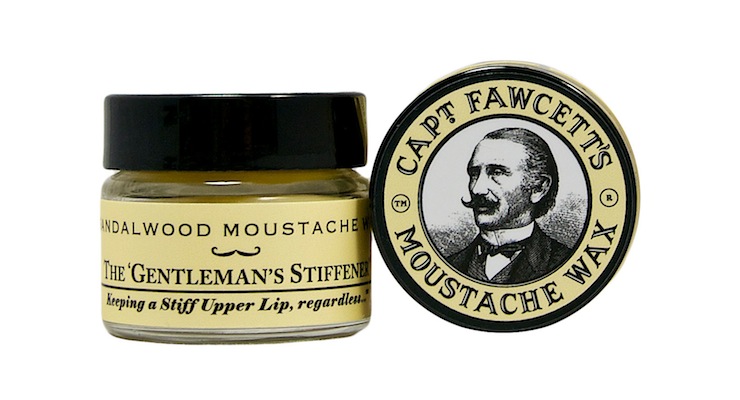 The modern resurgence of the gentleman’s moustache is fantastic to see, I’d be sporting a magnificent example myself but sadly the trouble and strife vetoed the idea. Captain Fawcett’s Moustache Wax is handmade in small batches in England from all organic ingredients, it has a “medium hold” so you can have a twirly ‘stache, and the version pictured above has a lady-pleasing sandalwood aroma.