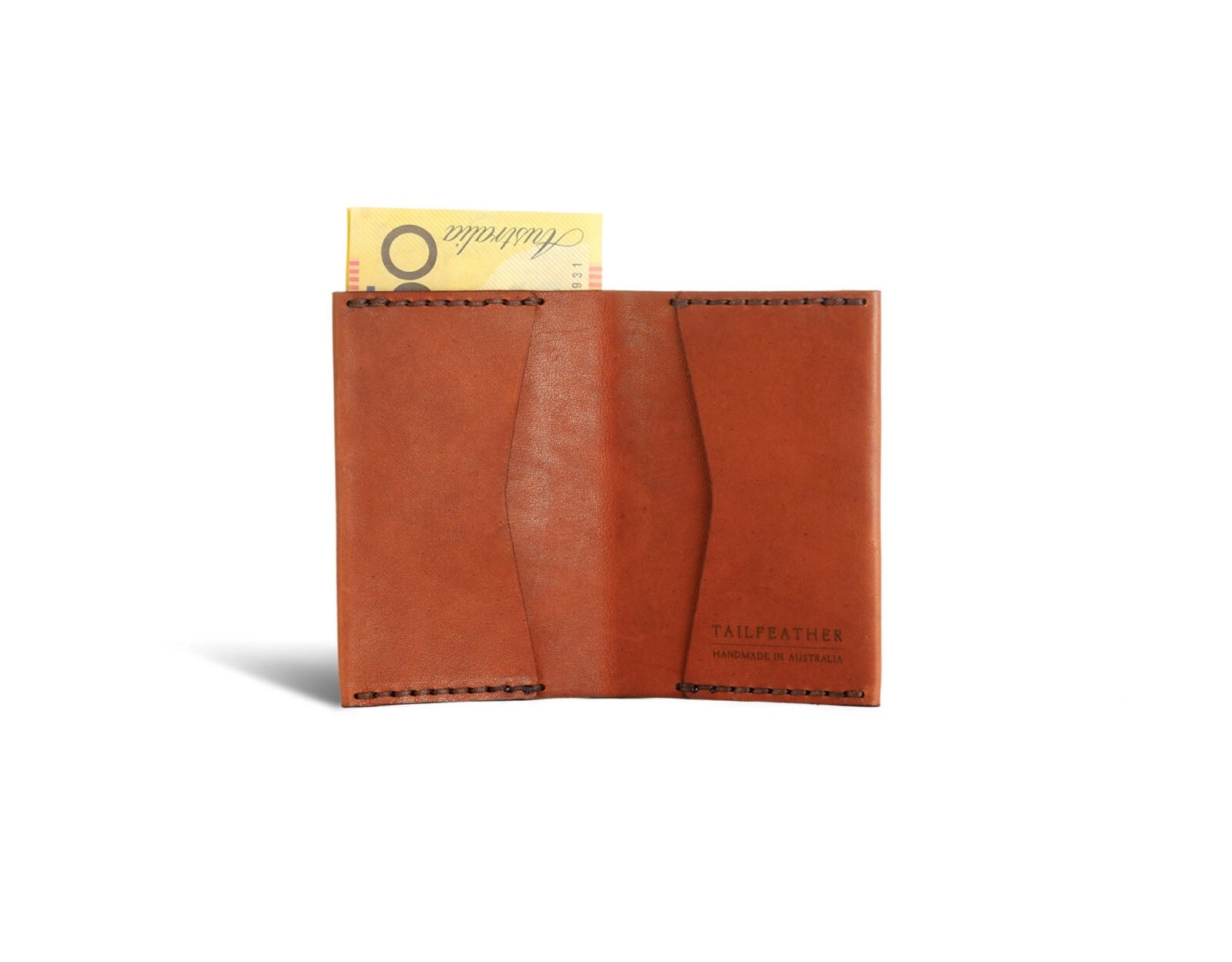 This is the Sparrow V2, it’s the second generation of the Sparrow wallet line from Tailfeather in Australia – a specialist company based in the Victorian Tallarook ranges of Australia’s east.

Tailfeather was founded over 10 years ago by husband and wife team Scottie and Natalia, and in the years since they garnered a reputation both at home and abroad for their handmade leather goods.

They developed the Sparrow V2 as a slightly slimmer version of the original, better suited to people who want to avoid the Costanza effect of an overloaded wallet. 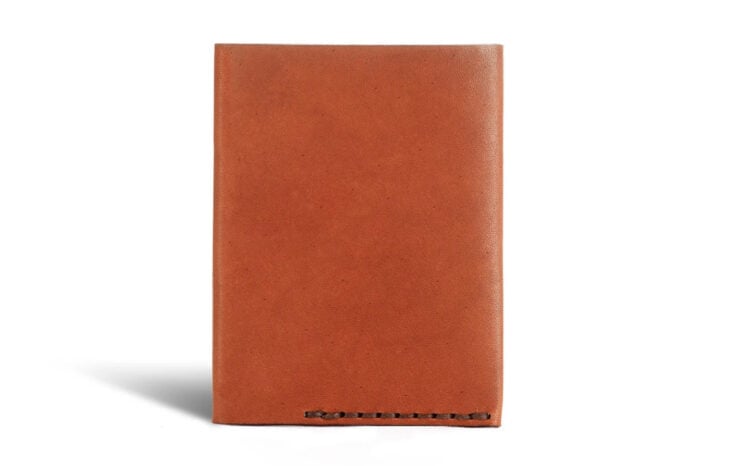 The Sparrow V2 opens to reveal a 10 card capacity, it also has a traditional sleeve accessed at the top for carrying notes. It measures in at 103mm long and 77mm wide and it can be ordered in a black, hazelnut, or natural finish.

Each wallet starts as a pattern which is cut and trimmed by hand, the panels are hand-stitched, and the edges are then burnished with natural locally sourced beeswax. 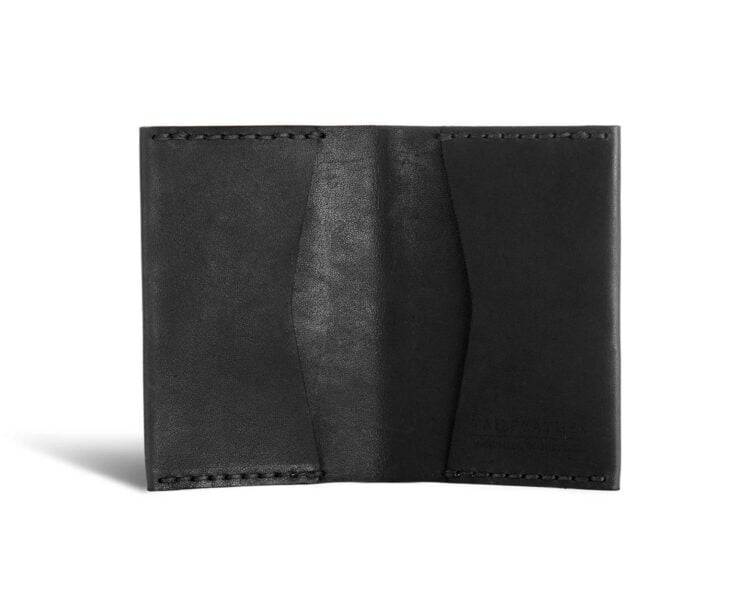 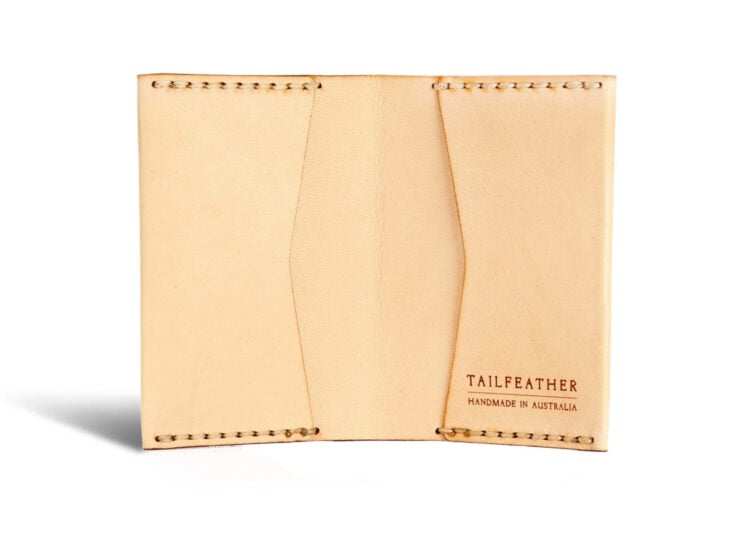