The Sparco Slalom RB-3 Classic Racing Boots have FIA 8856-2000 and SFI 3.3/5 type approval for use in motorsport competition, even though they can be worn for fully-fledged racing they’re most often worn by gentleman (and lady) drivers in amateur competition, on track days, and on spirited weekend drives.

Each pair is made from high-quality calf leather which has been softened, the boots have leather insoles, with outer soles of natural leather. The outer sole has a back that curves up around the heel as racing drivers spend a lot of time with the feet on the pedals resting on their heels, there’s also an extra layer of leather on the outside of each foot to allow for heel-and-toe changing without wearing a hole in the boot.

The Slalom RB-3 Classic is available in either black or brown (shown above and below), with sizes ranging from 36 to 48. Sparco is an Italian company that has been manufacturing motorsport safety equipment since 1977, they’ve saved countless people from serious injury or death over the years and they’re trusted by everyone from top notch Formula 1 drivers to World Rally Champions. 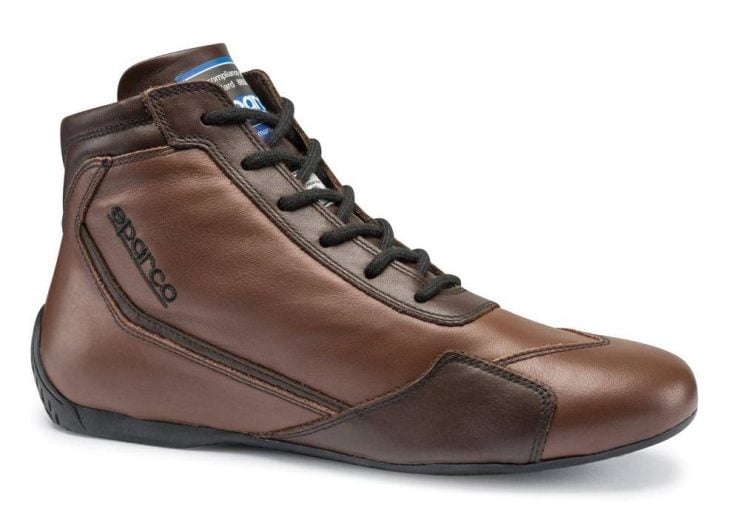