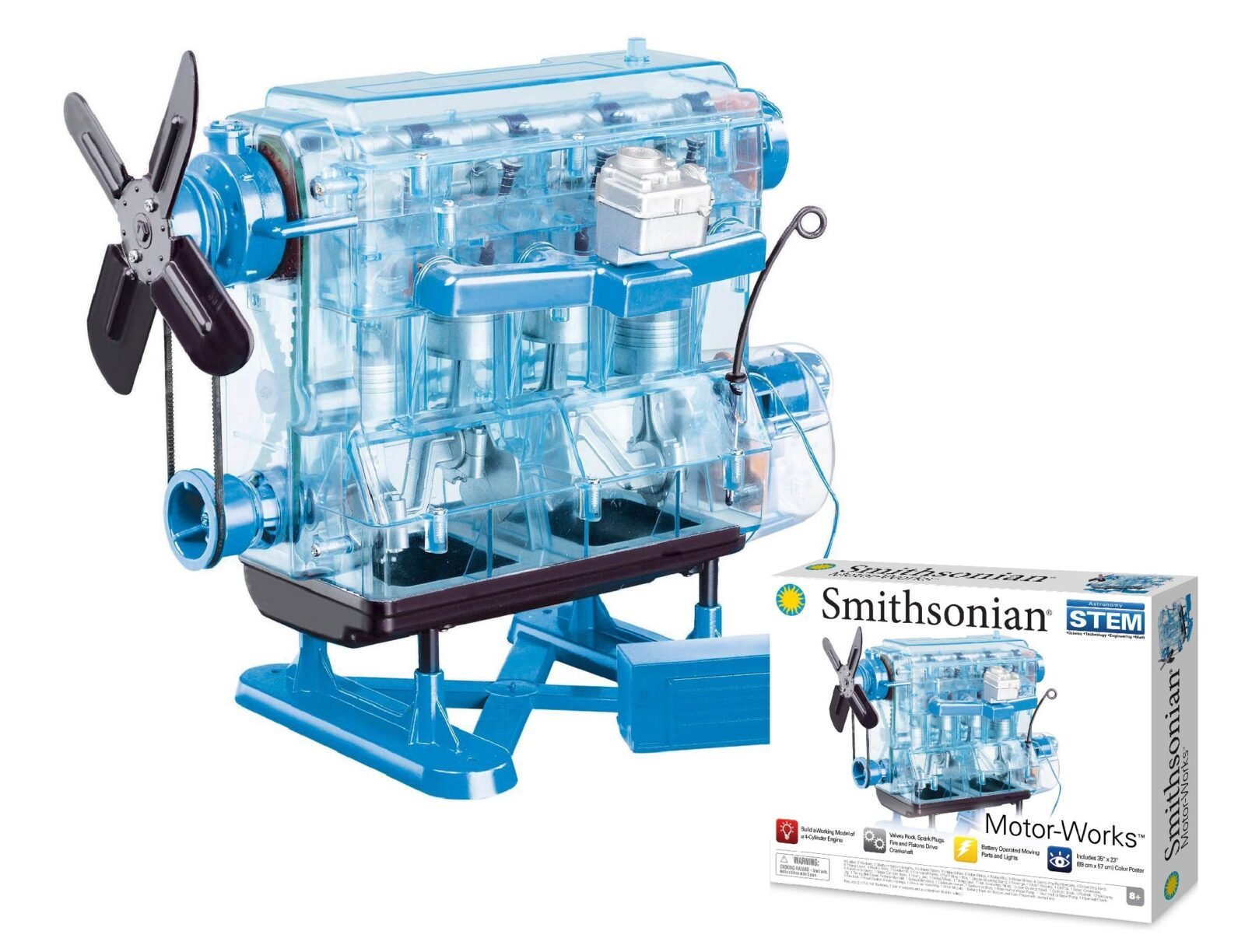 This is the Smithsonian Motor-Works kit to build a moving model of a four-stroke, four-cylinder engine. It’s designed as an educational tool that people can build with their kids, or build alone to help refresh their own understanding of the engineering of modern internal combustion engines.

We’ve seen a few of these models pop up in recent years based on different engines, this one by the Smithsonian uses a generic inline-four cylinder engine with an overhead cam – probably the single most common type of automotive internal combustion engine in production today.

Once it’s been fully assembled and the batteries fitted an electric motor turns the crankshaft, which in turn moves the connecting rods and pistons, and well as the timing chain, camshaft, and valves – all in perfect synchronization just like a real engine. It even has spark plugs with LED lights that illuminate to show when the spark plug would fire inside a normal engine.

It goes without saying that this provides an incredible learning experience for anyone who assembles the model, even jaded old car buffs might learn a thing or two. Once completed the model can be used as a display piece in your home or garage, and people love flicking the “on” switch and seeing it all moving in time.