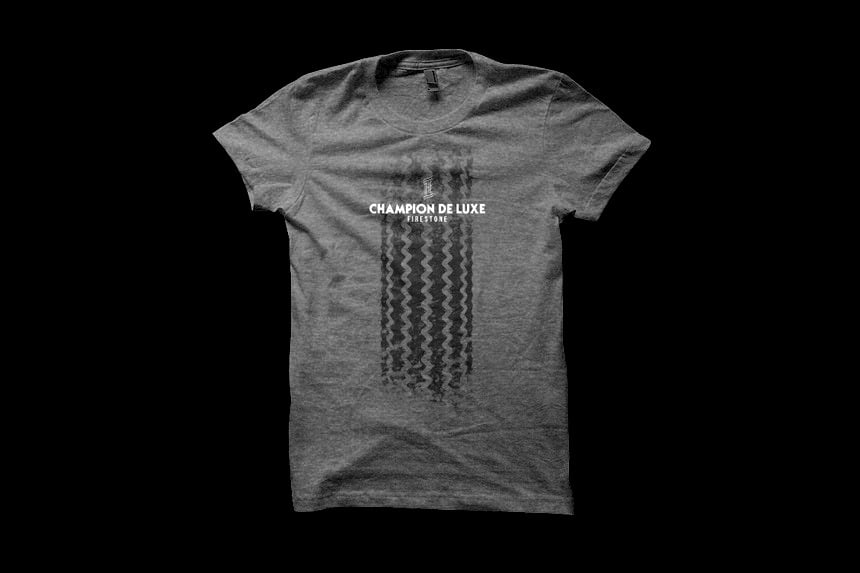 The Hookie is a Dresden based custom motorcycle garage run by a friendly chap by the name of Nico, we featured his Harley custom dubbed The Hookie #2 early last year and since then he’s been hard at work designing a unique line of clothing.

This tee is our favourite, it’s the tread pattern of the oft-used Firestone Champion Deluxe tire and comes printed on a soft 100% cotton tee in 5 sizes, you can pick one up here for €29.00.

When the Ferrari F40 was released in 1987 the world was wowed by the car’s rakish styling, hefty rear wing, and its twin turbocharged…