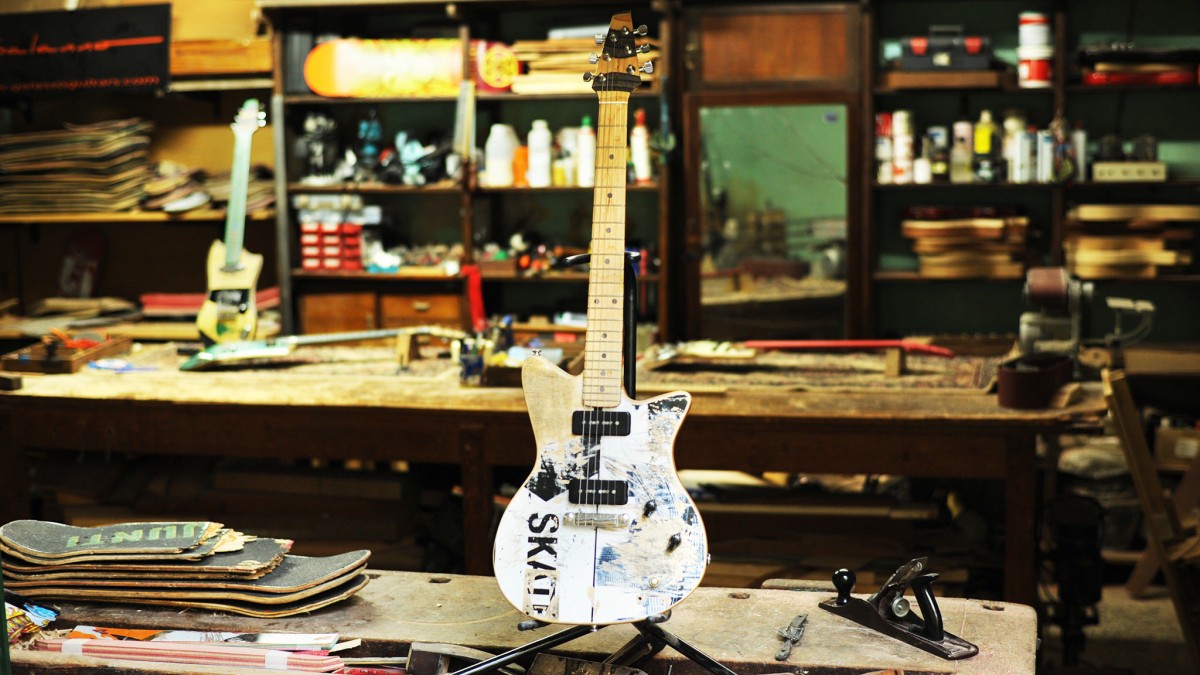 The Skateboard Guitar is an interesting little invention that I first came across in early 2012, I have vague memories of my Mrs wrestling my wallet out of my hand as I frantically tried to buy one. She wasn’t wrong, I have far more guitars than anyone realistically needs, but somewhere deep inside my soul the ’80s kid who never grew up knew that an electric guitar made out of a skateboard deck was the coolest thing ever crafted by the hands of man.

It’s now 2 years later and looking back at the skateboard guitar with the additional wisdom that a couple of years brings has done absolutely nothing to temper my desire to buy one and store it on the side of the bed that my Mrs occupied before the guitar arrived in the mail.

Each guitar is made by Ezequiel Galasso and pro-skateboarder Gianfranco de Gennaro Gilmour from one or more used skateboard decks, some of them also use layered skateboard decks to create the neck – which I think it quite clever. Despite the fact that many people who buy these guitars seem to use them as display pieces, they are fully functioning instruments with either one or two pickups (depending on the model you choose) and either 6 or 12 strings (again, depending on specification).

So far as I can tell, there’s no website or online shop but the company does have a Facebook page through which they take international orders. If you do happen to order one, be sure to send me an email with pictures – so I can live vicariously through you. 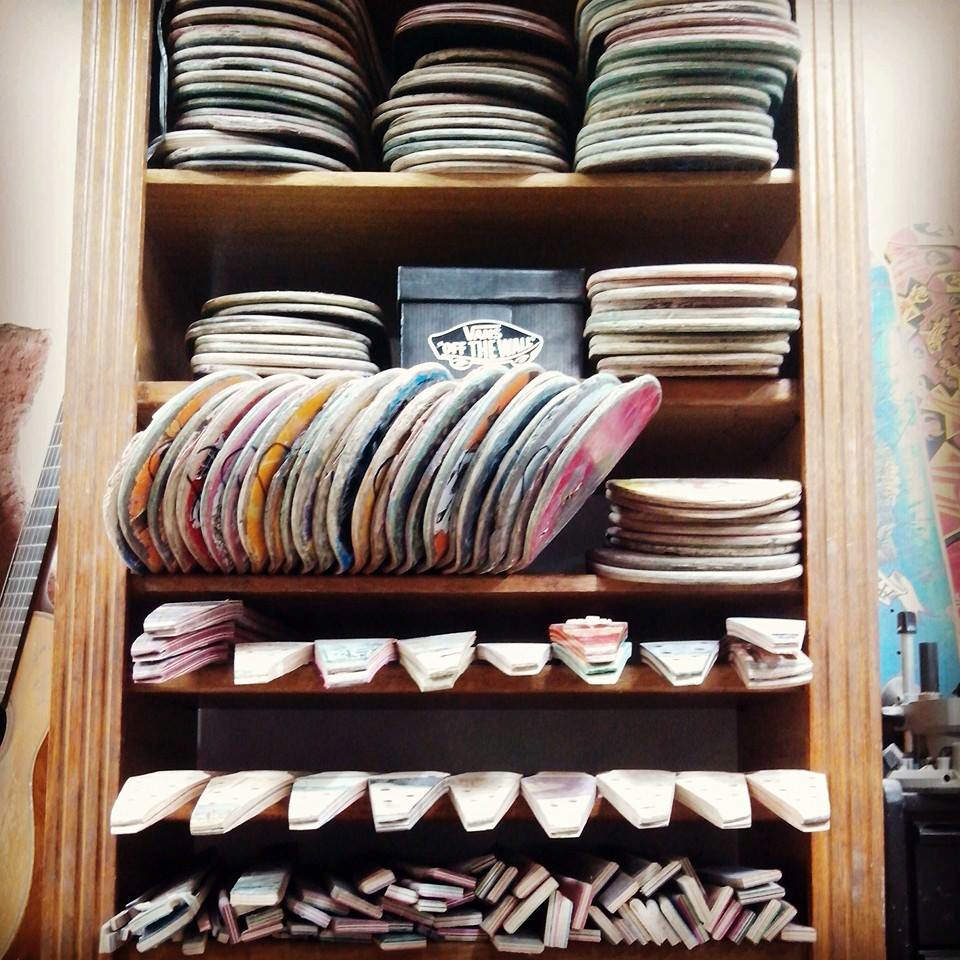 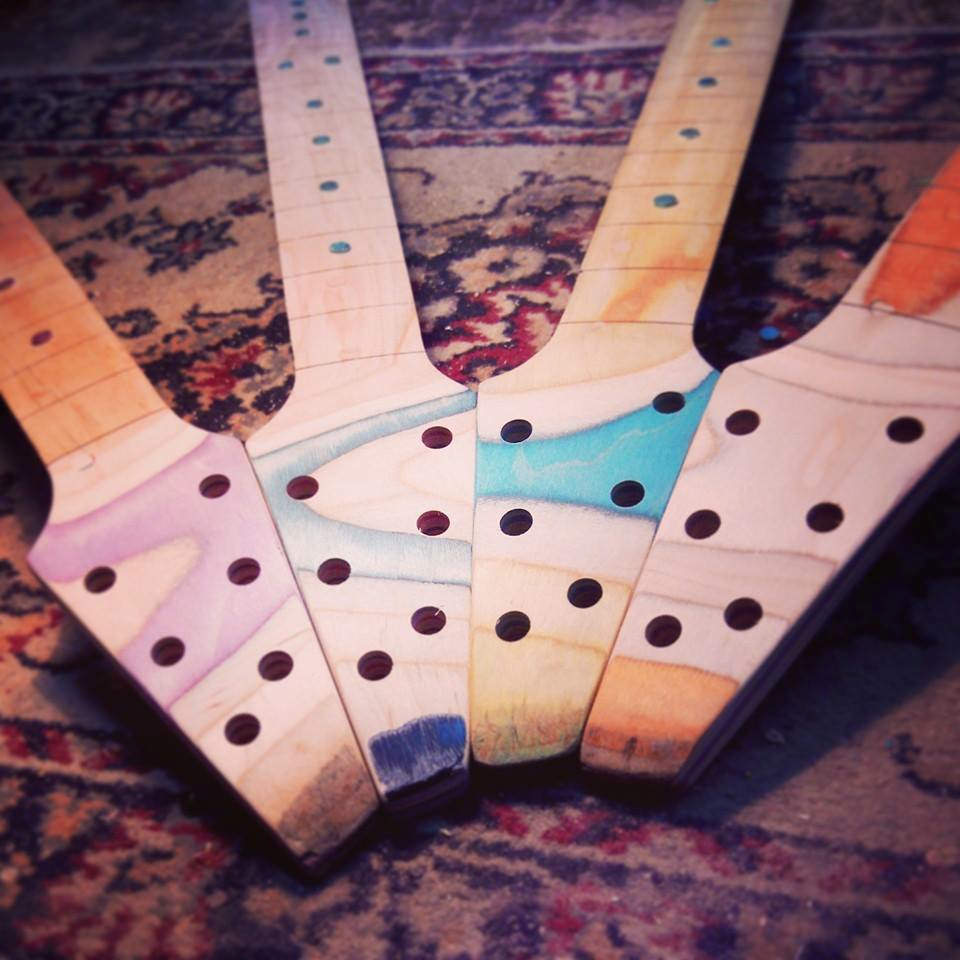 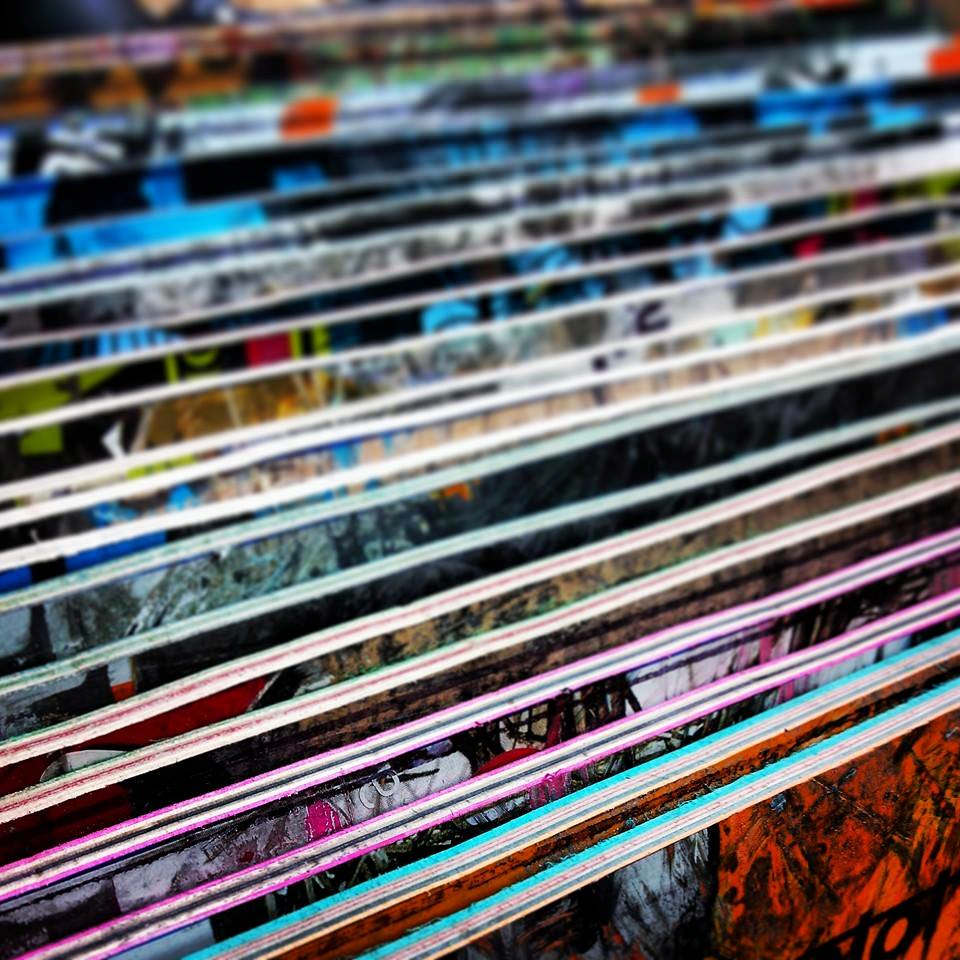 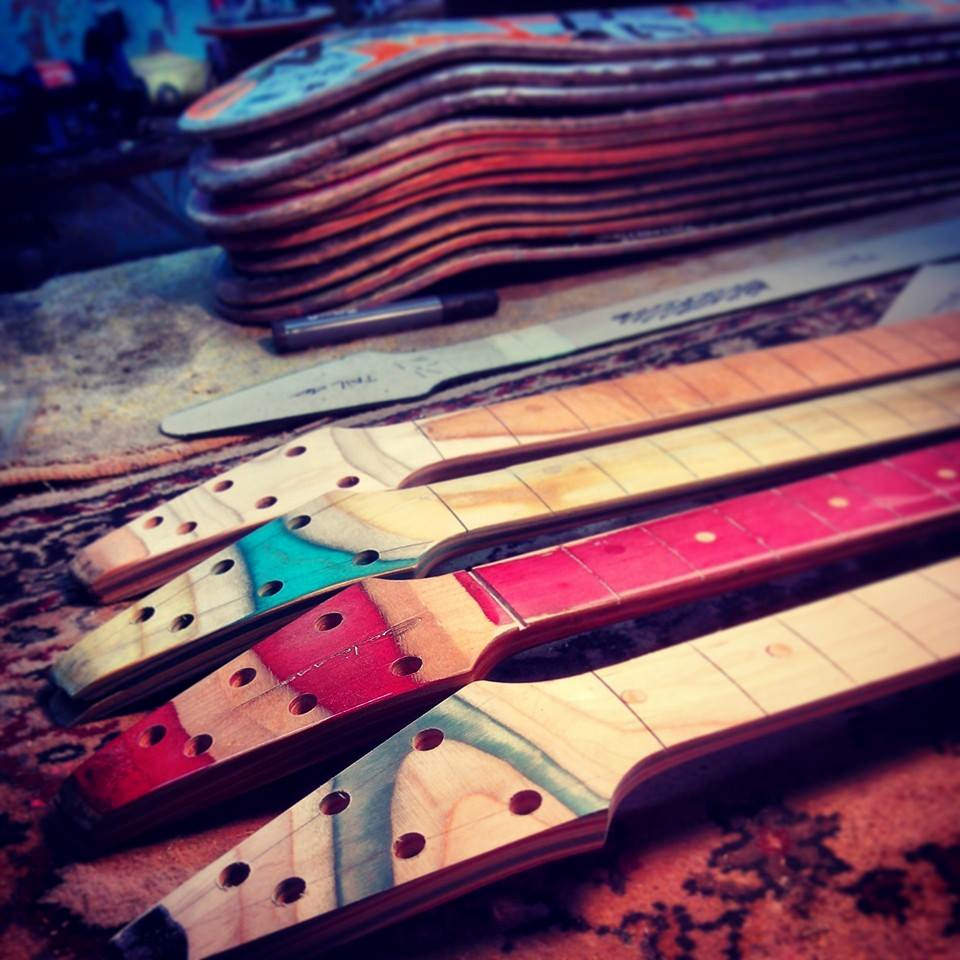 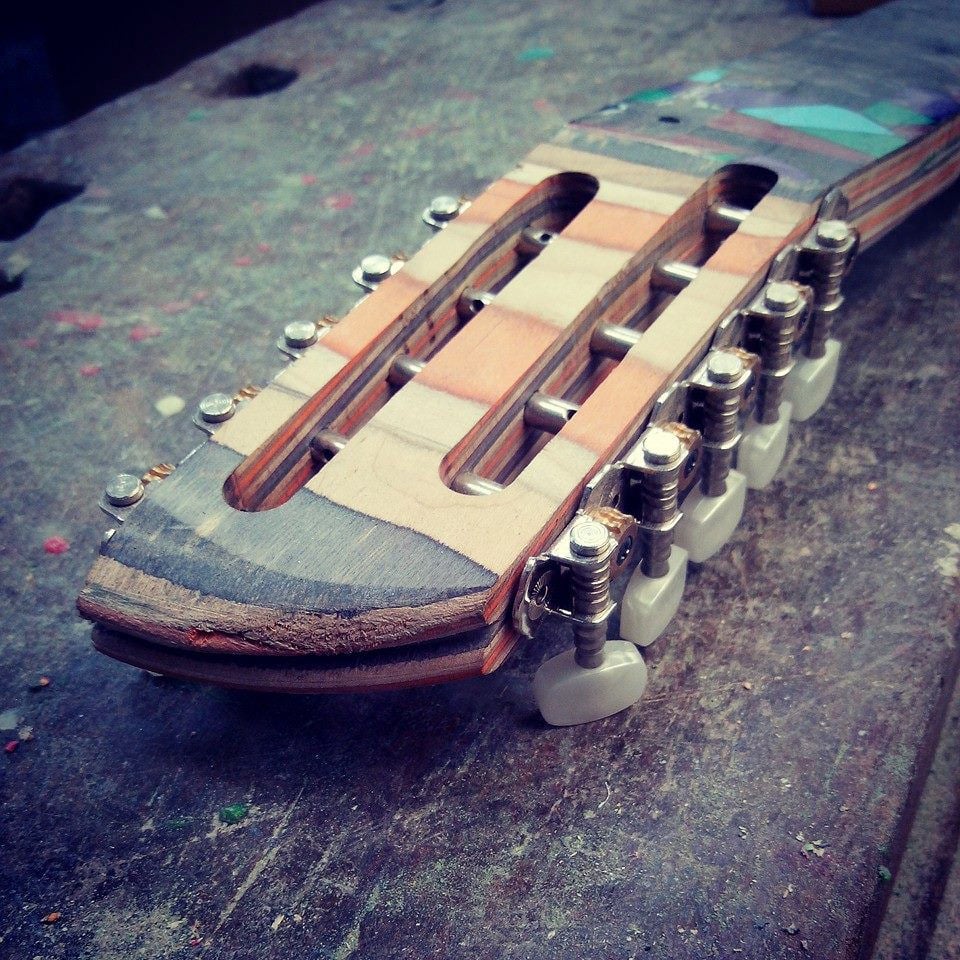 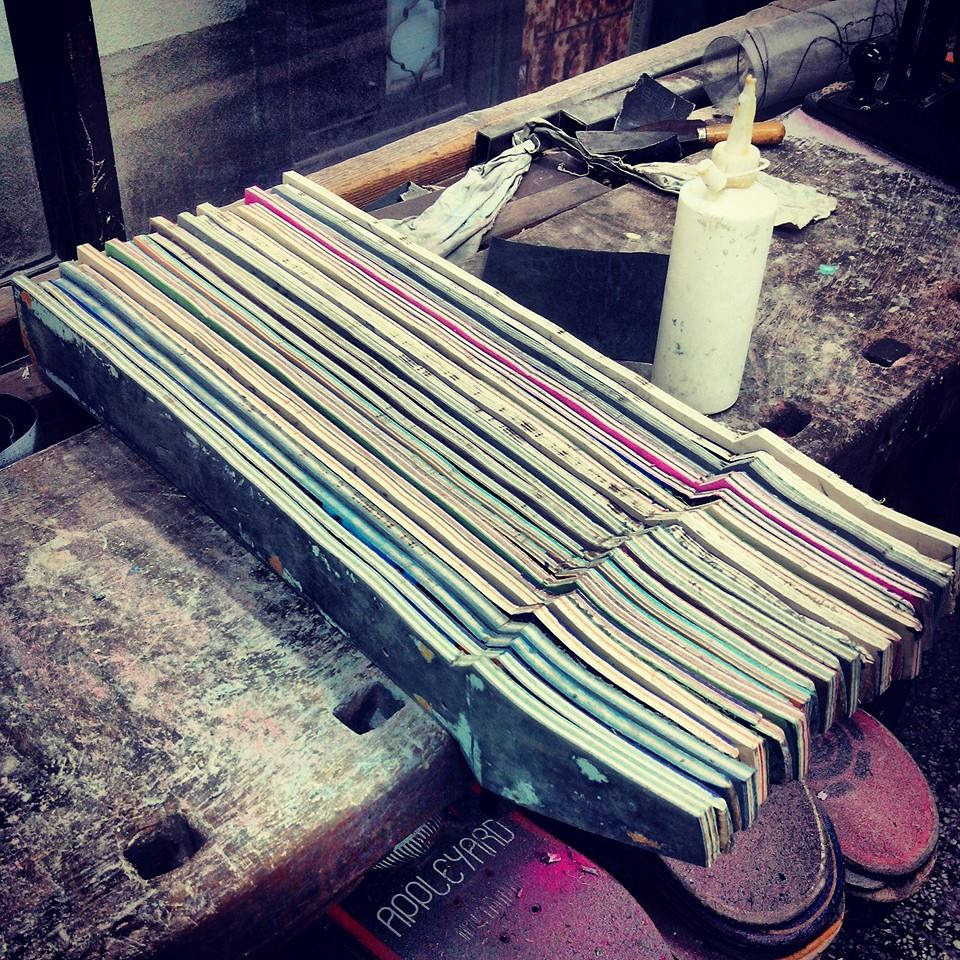 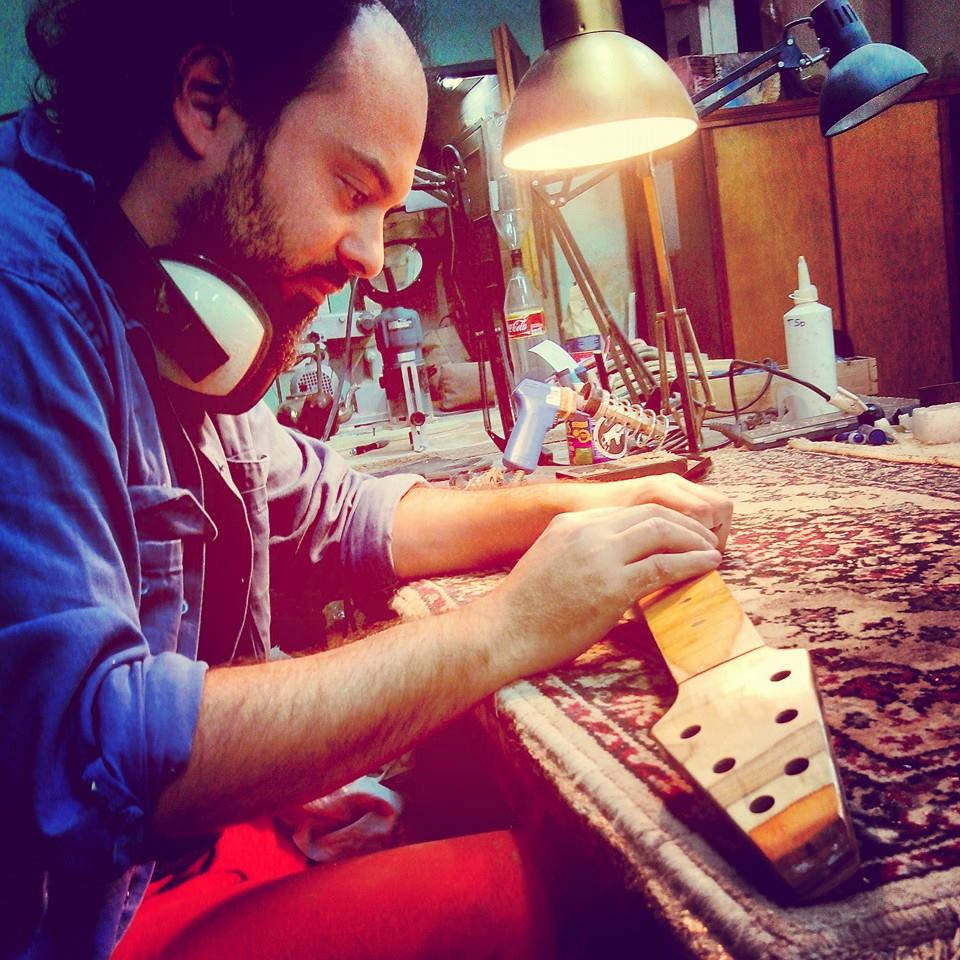 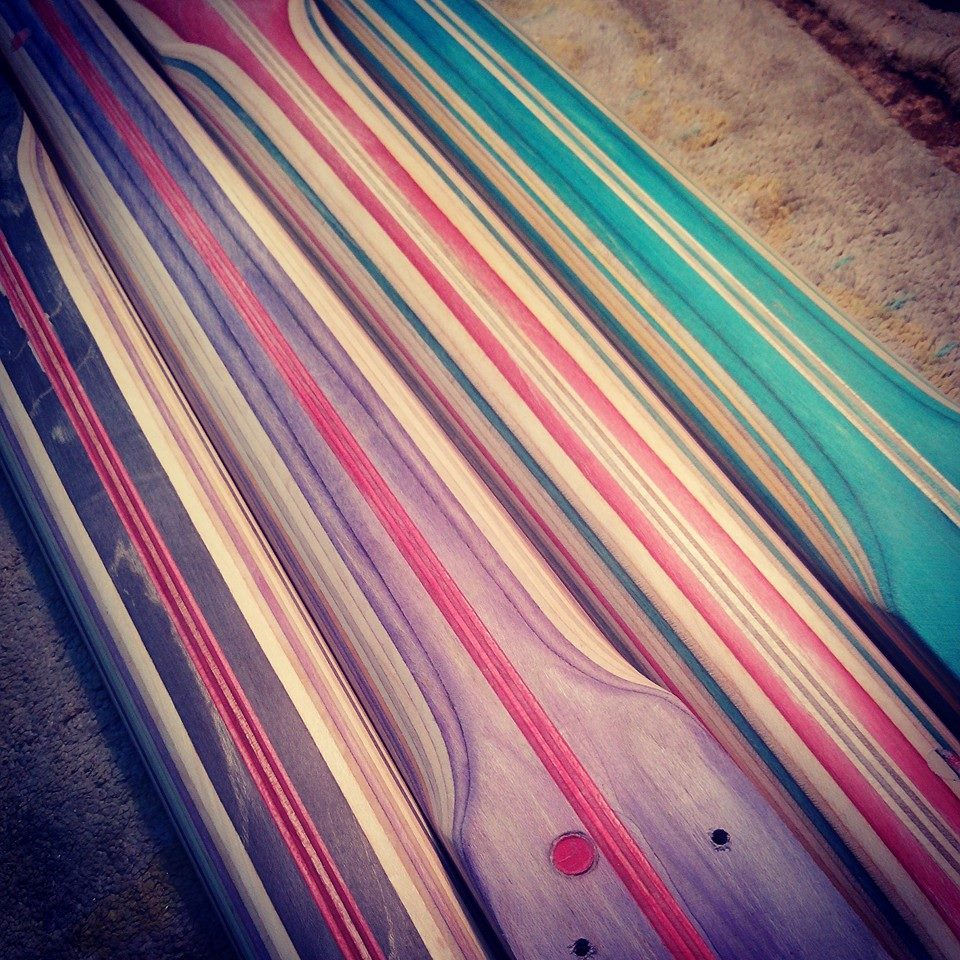 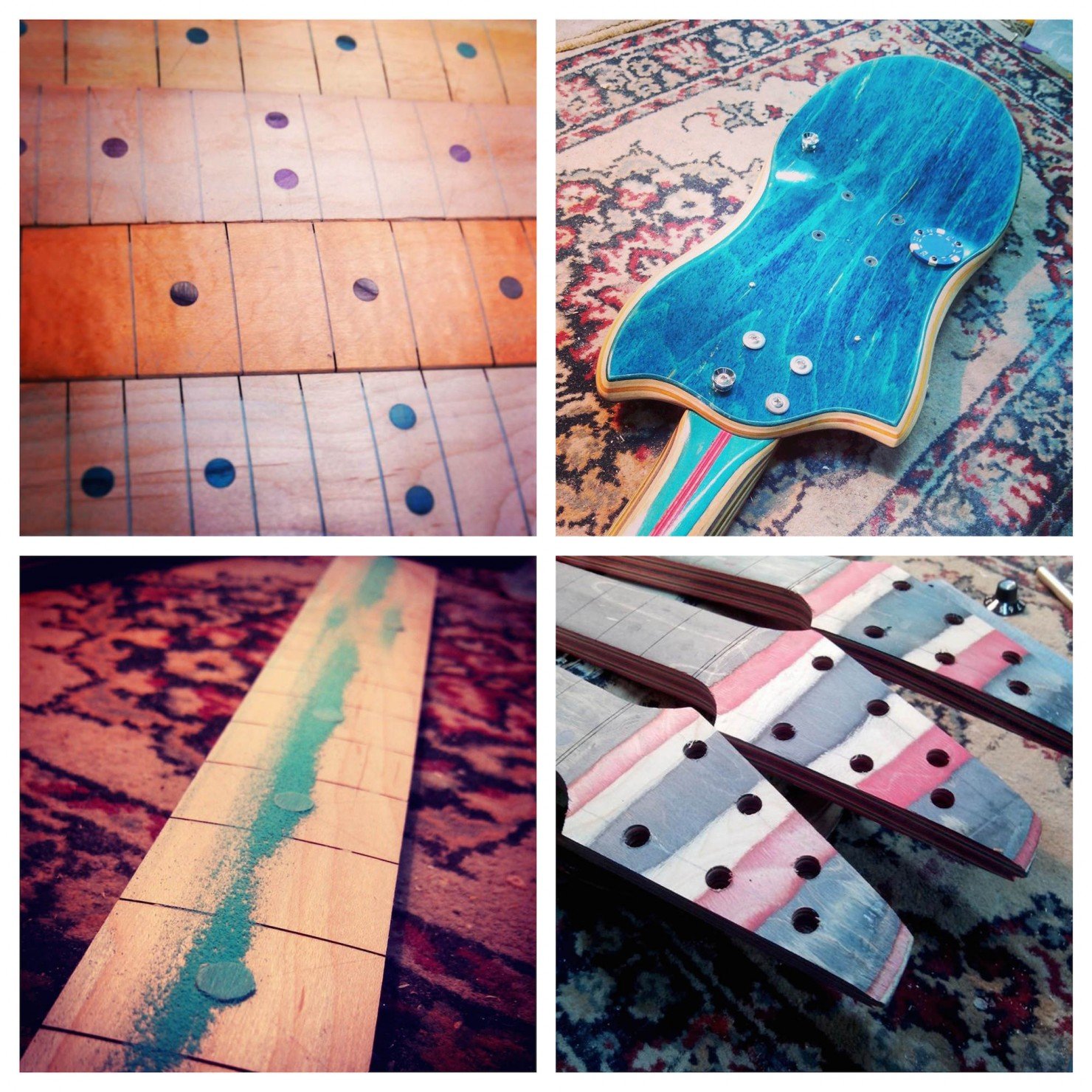 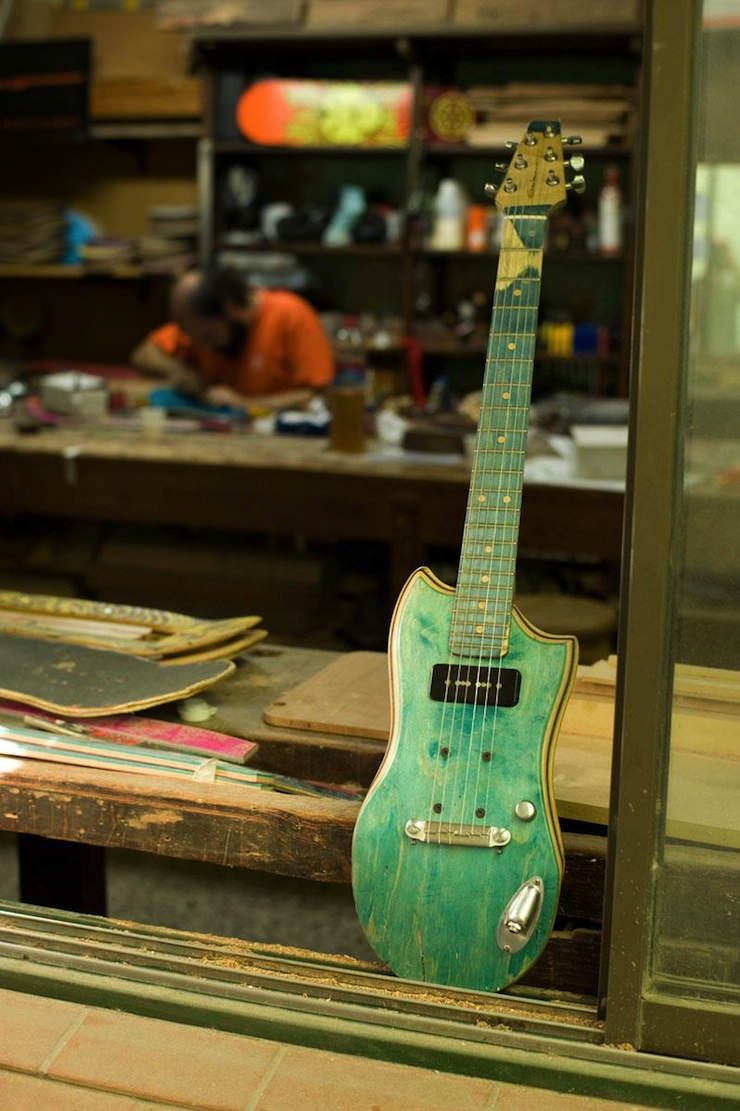 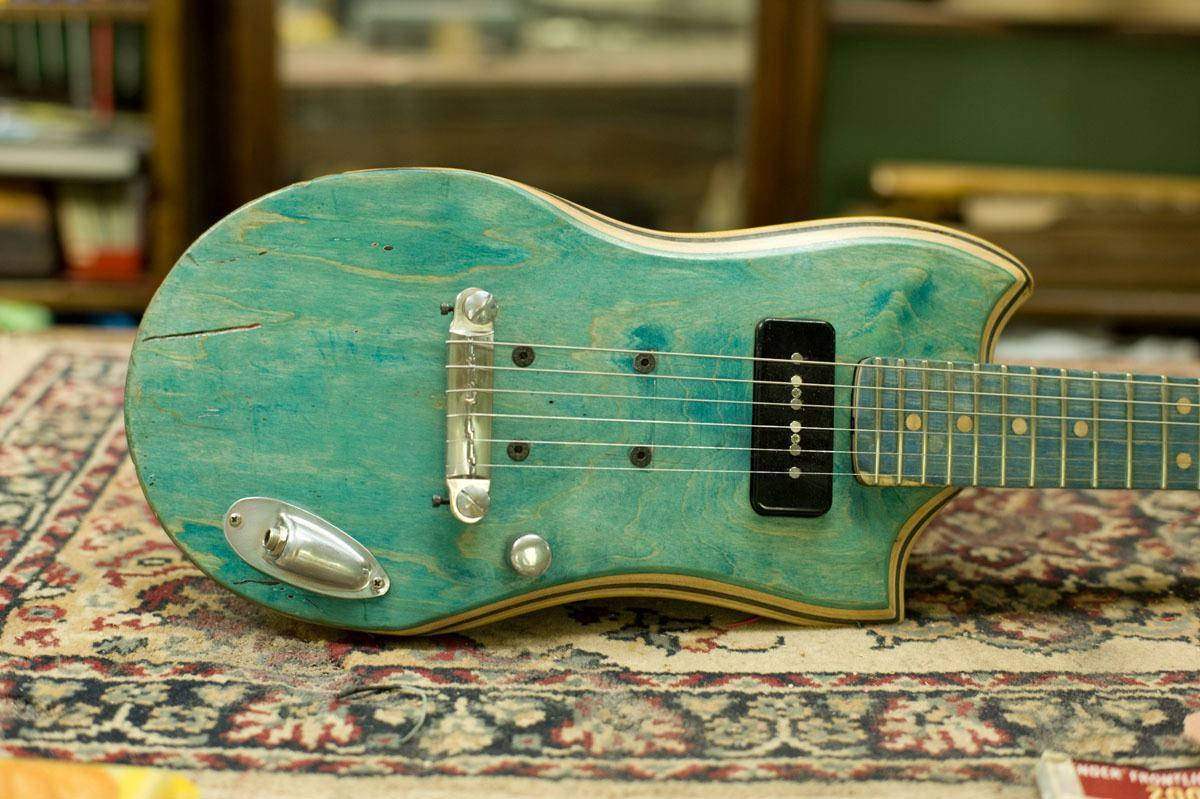 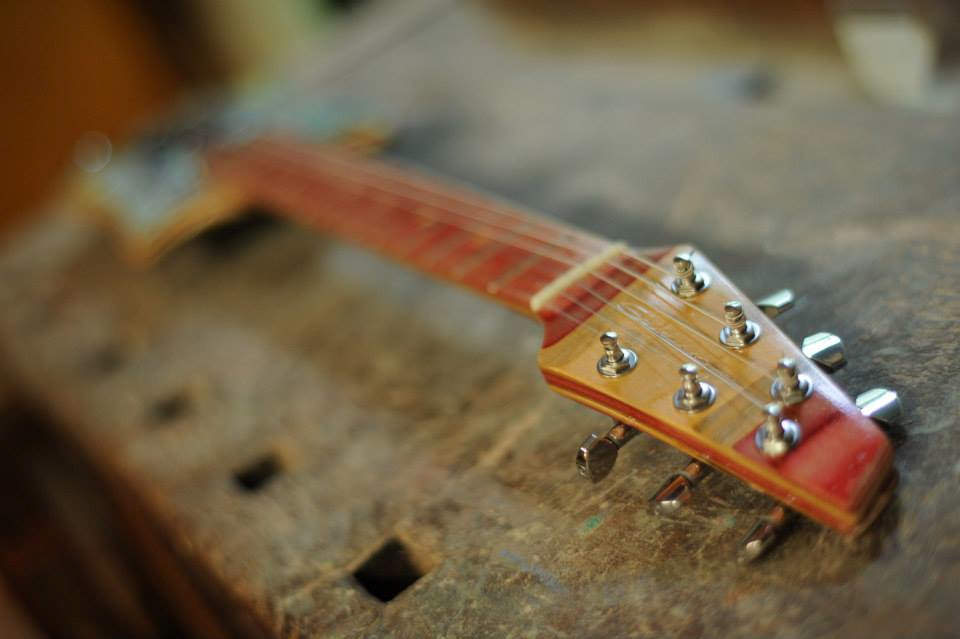 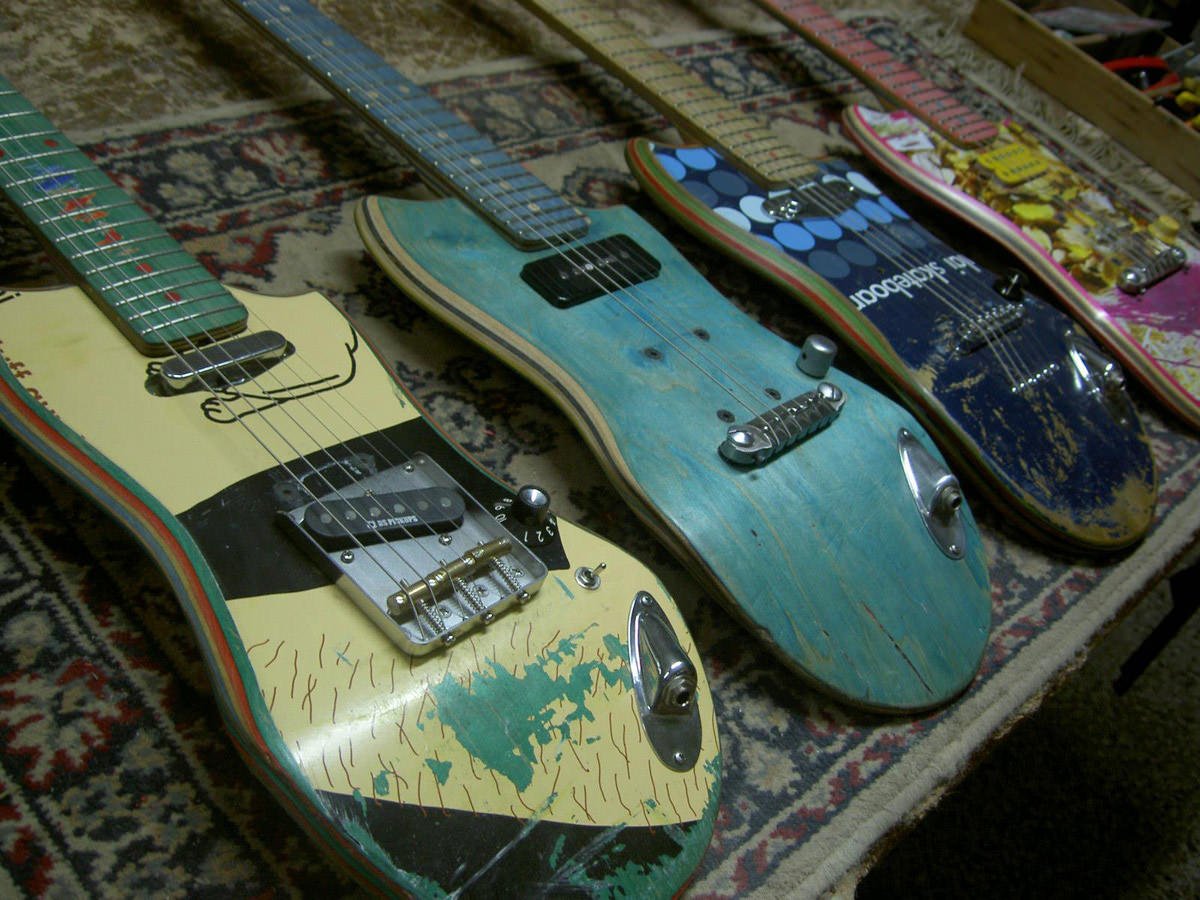 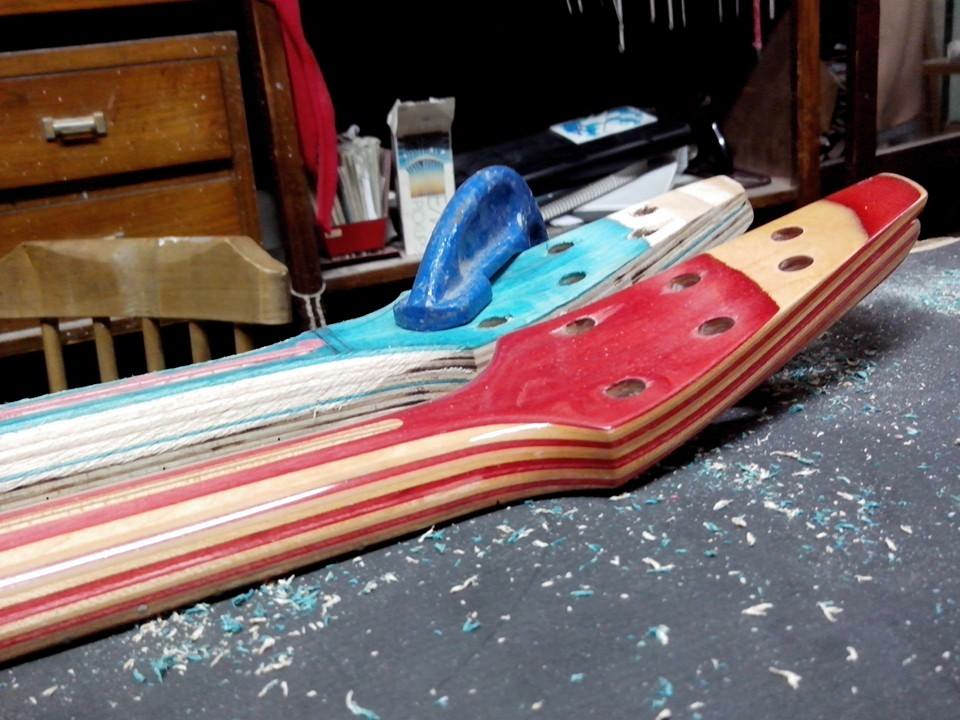 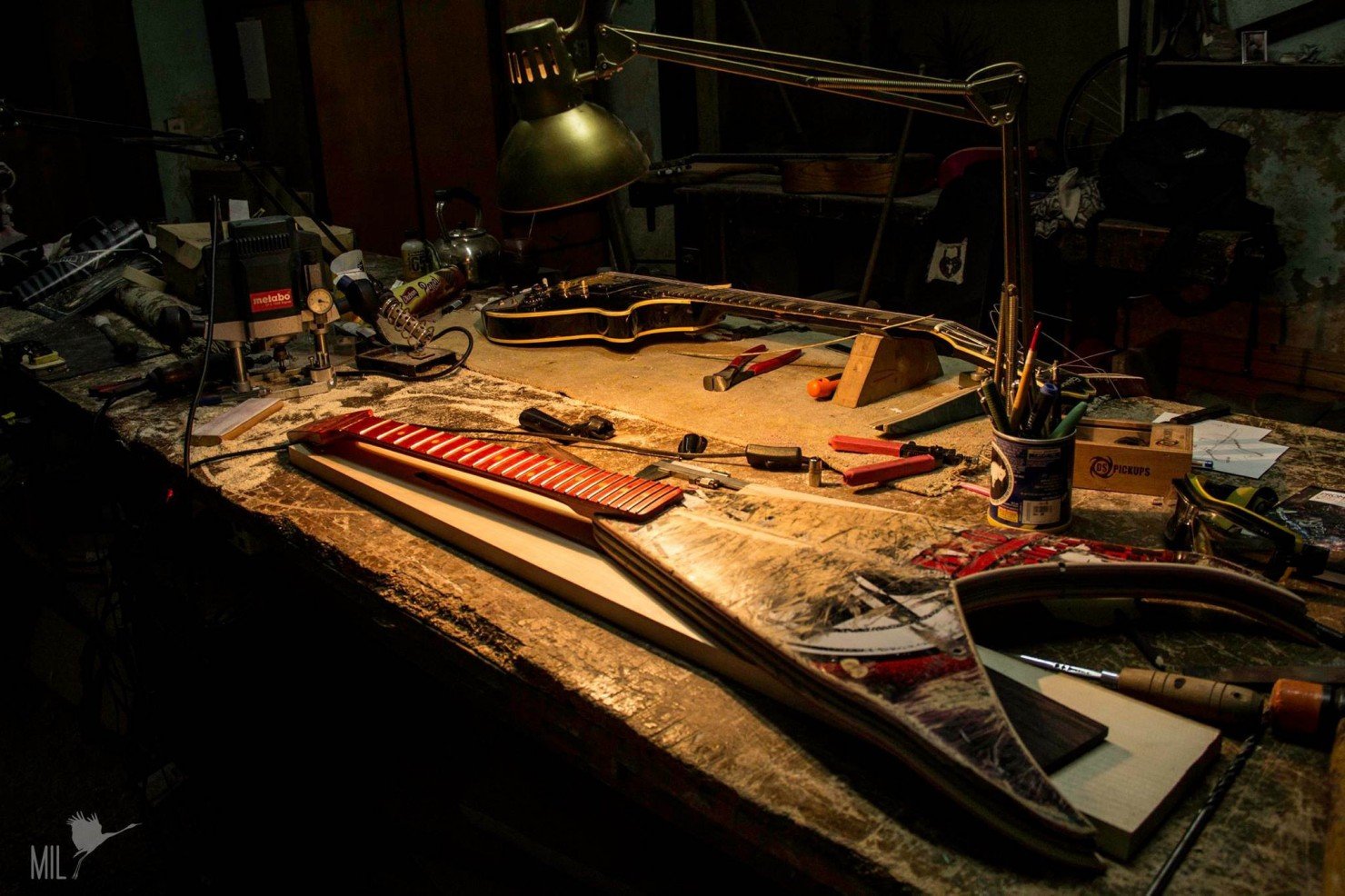 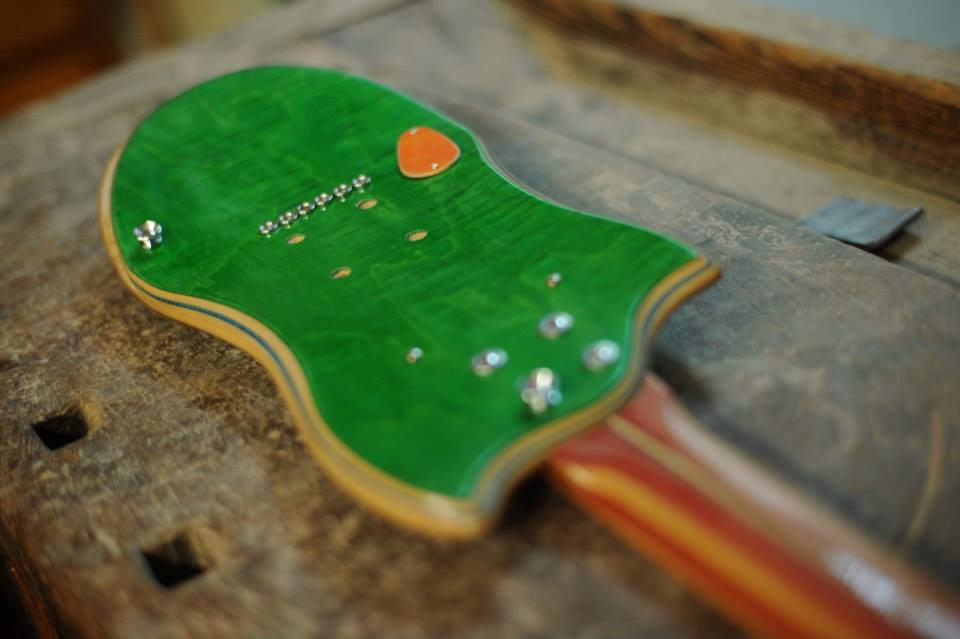 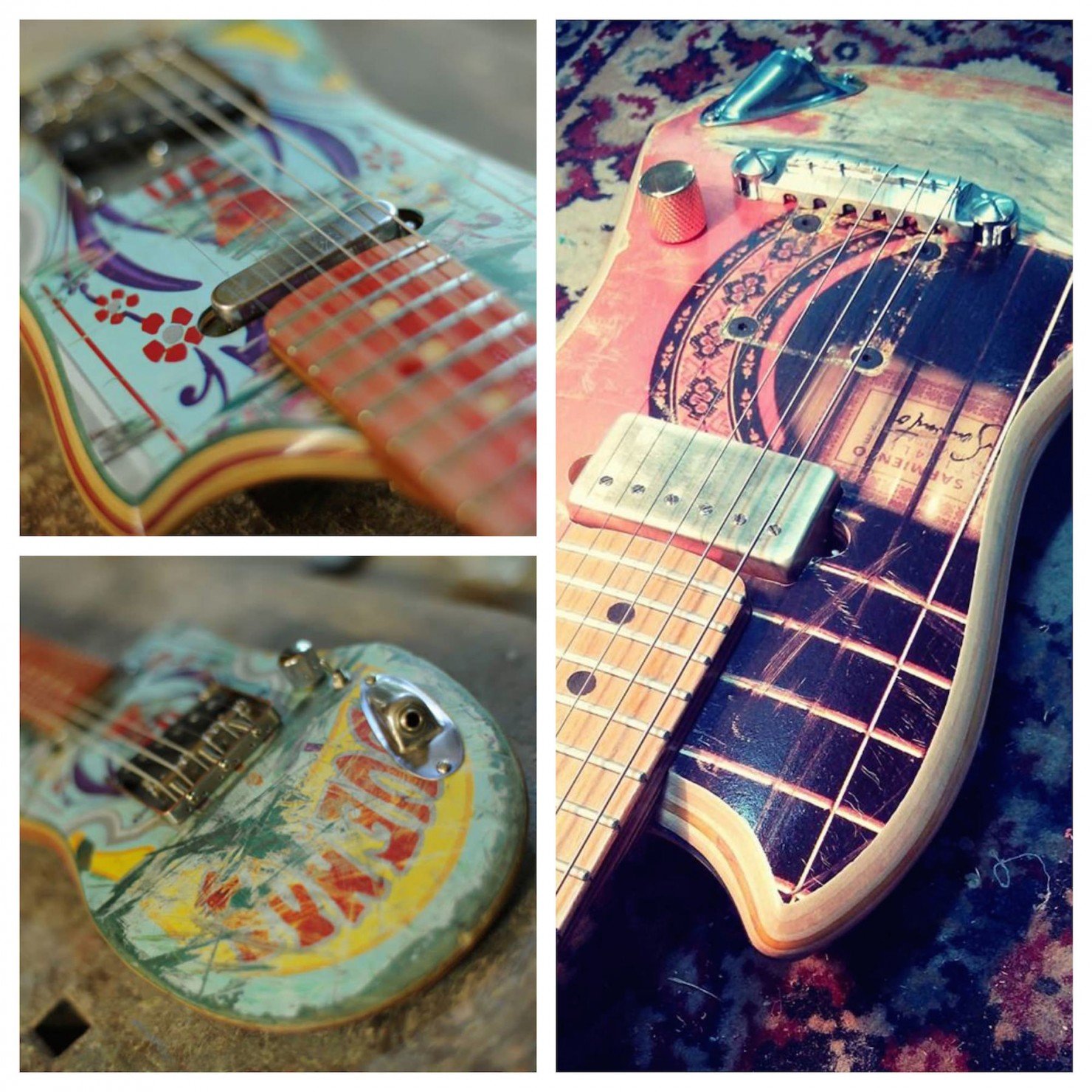 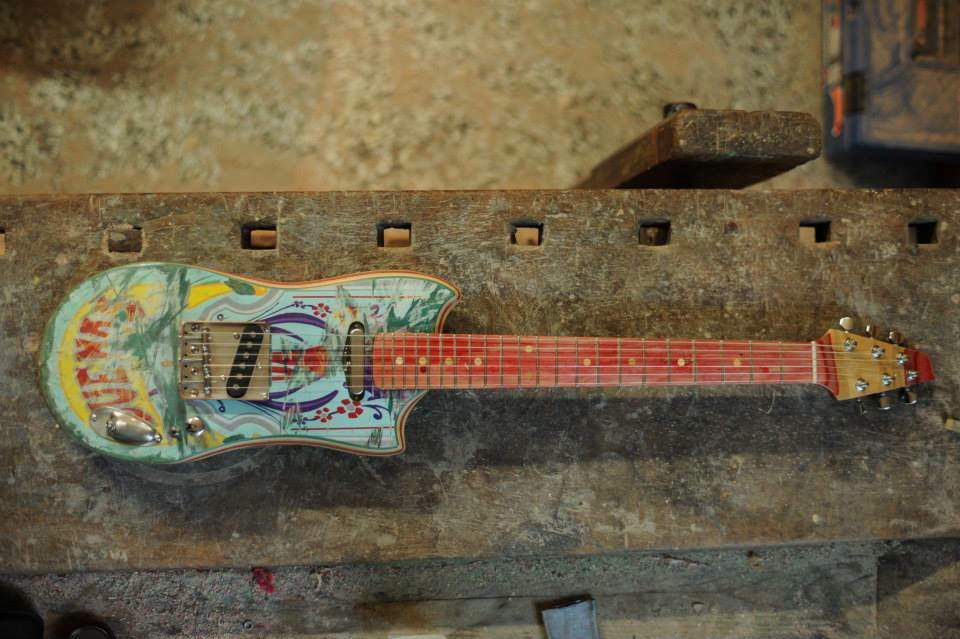 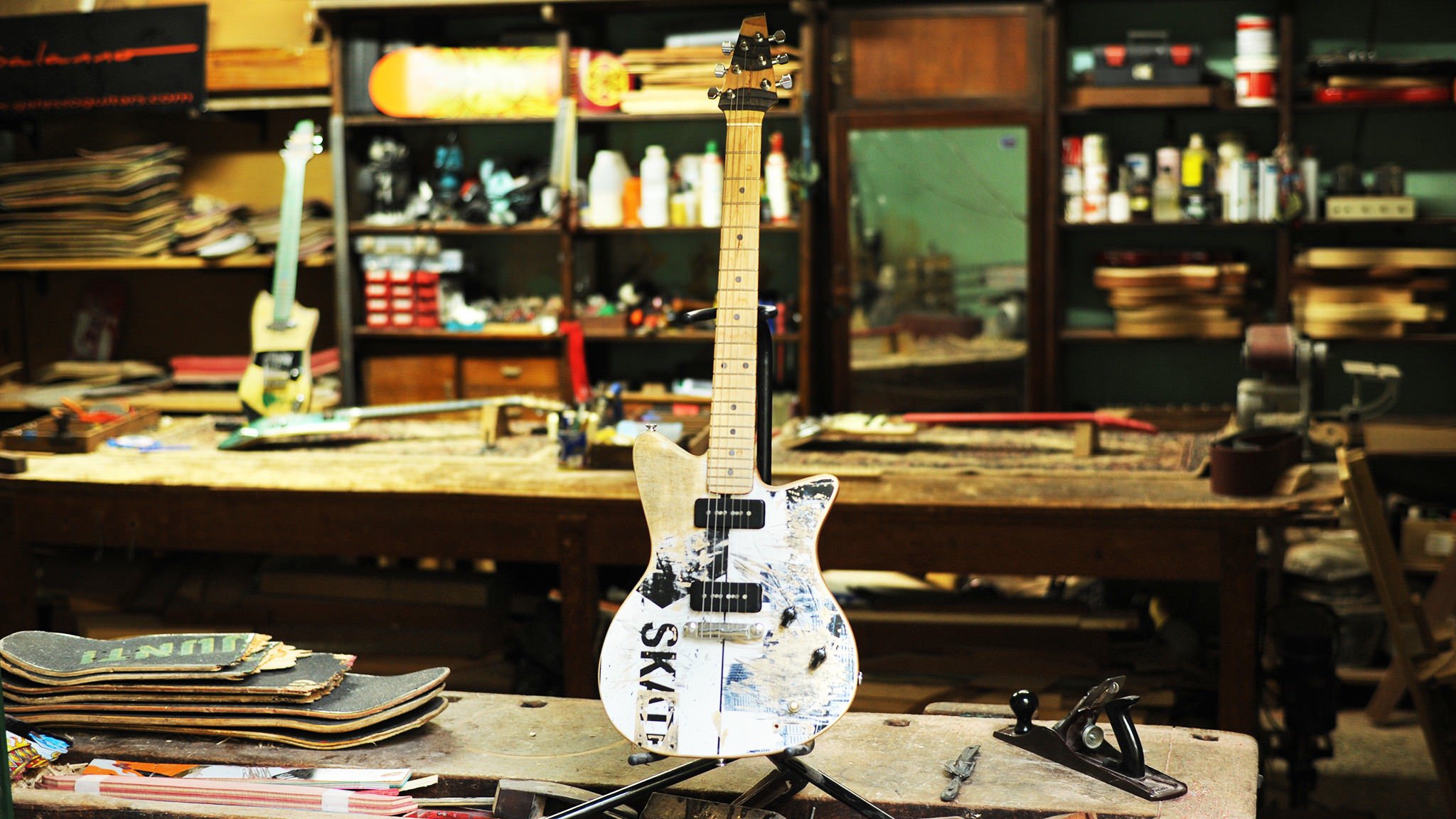 These are the new Icon Tarmac WP boots, they were designed by the team at Icon to provide a daily-wearable motorcycle shoe for people…

This is the Ragproper Leather + Glass Flask, it’s made from heavy-duty glass that resists bumps, drops, and mishaps, and its rich brown…