Showroom Stock racing is exactly what it says on the box, cars are strictly limited to factory fresh condition with no performance modifications allowed. Only safety mods are permitted, typically limited to a roll bar, fire extinguisher, and multi-point driver restraints.

This particular race was never televised and you can hear the commentators slipping between “live” and “ad break” mode as the race progresses. Watching the stock Volkswagen Rabbits (known as the Volkswagen Golf in most world markets) being belted around the Road Atlanta circuit doing battle with Opels and Gremlins is quite a sight to behold.

The amount of body roll and brake fade experienced by the cars is interesting to see, though the racing is quite slow it is highly competitive as drivers try to lean their cars into corners at the very limit of the suspension’s ability, and use the brakes as much as they can without cooking them.

If you’d like to read more about Showroom Stock racing you can click here to read about it in the official South Bend Region SCCA newsletter, or here on the St Louis Region SCCA website. 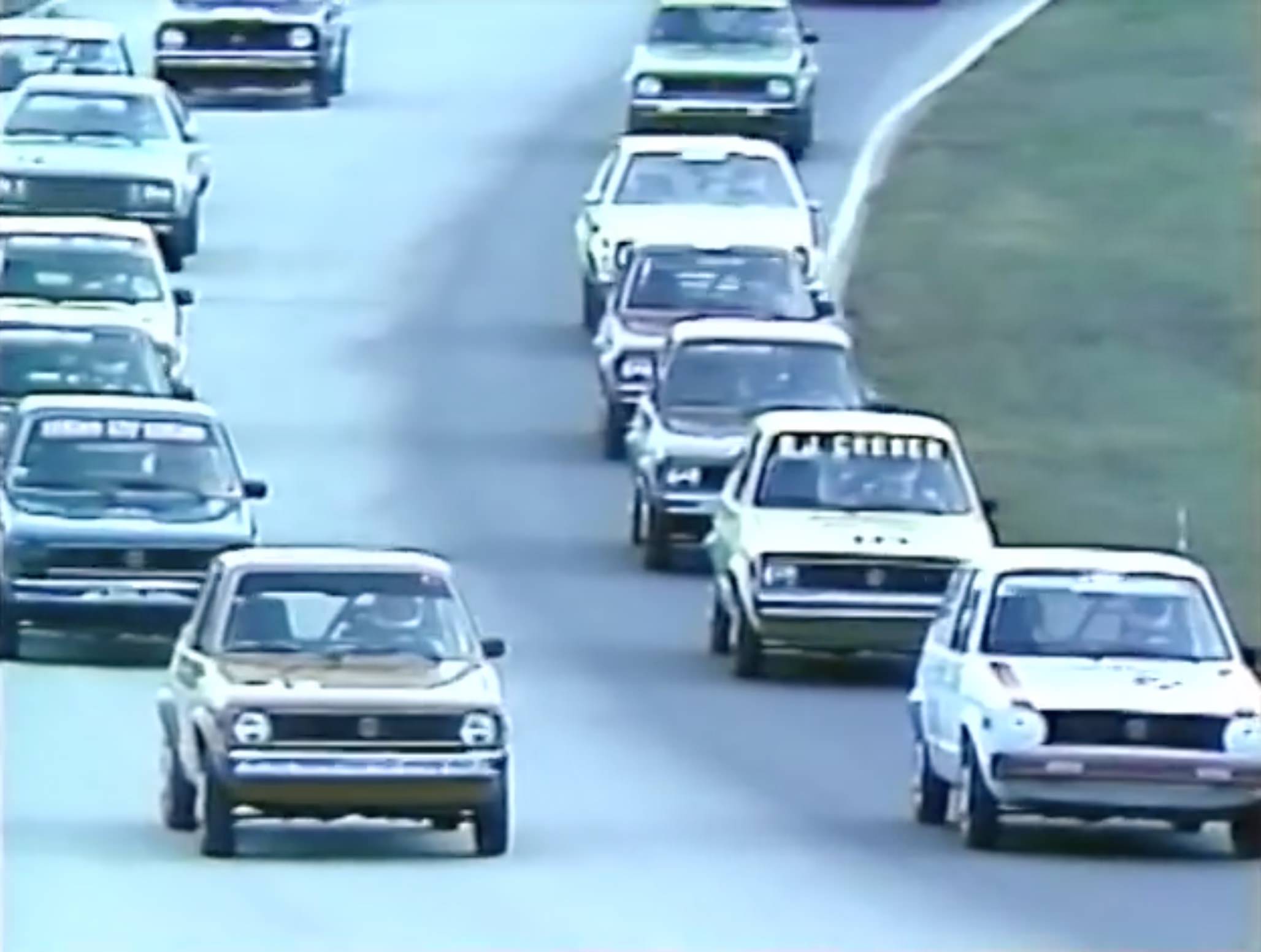