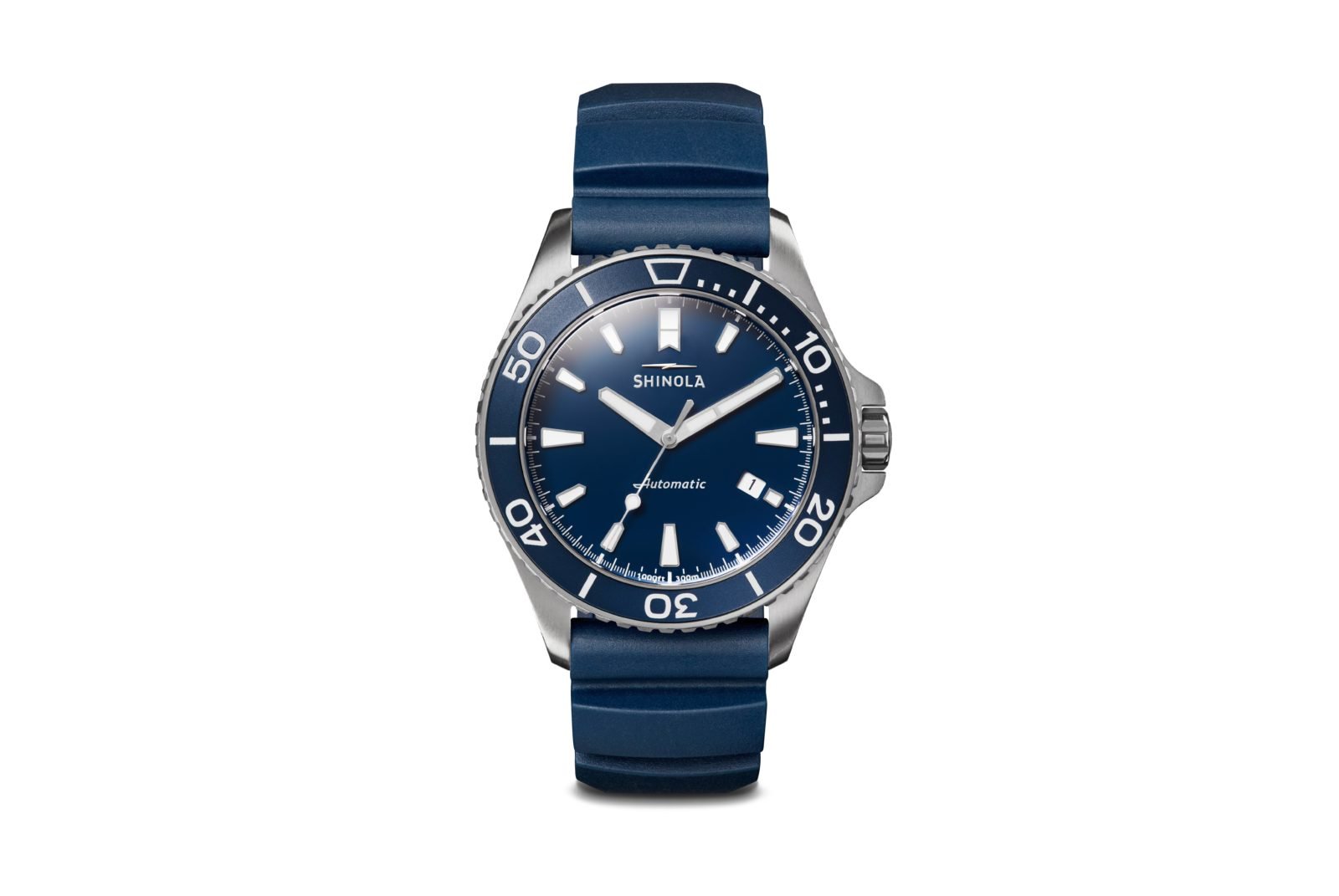 This is the Shinola Monster Automatic, it’s one of the top-of-the-line watches from the Detroit-based watchmaker and it’s powered by Swiss-made automatic movement that winds itself with the motion of your wrist.

The team at Shinola designed the Monster Automatic as a modern dive watch the evokes the key style elements of the genre that dates back to the mid-20th century. It’s water resistant down to 1,000 feet and it has a brushed stainless steel case to ensure it’s protected against corrosion.

What’s In A Name?

The first company to use the name Shinola was founded in Rochester, New York in 1877. It was a shoe polish manufacturer that rose to become one of the most popular in the United States.

With its hefty 43mm case size and its solid stainless steel construction, the Shinola Monster Automatic is designed to be a tool watch that’ll last a lifetime.

The brand became so popular that the phrase “You don’t know sh*t from Shinola” was coined to describe a person who didn’t know what they were doing or who was out of their depth, the humor being that the black/brown Shinola shoe polish could be mistaken for excrement.

When Tom Kartsotis was having meetings in Detroit about starting a new American watchmaking company one discussion was said to have become heated, with someone using the old “You don’t know sh*t from Shinola” phase.

This led to him researching the now defunct shoe polish brand and reviving it as America’s new homegrown watchmaker.

The Shinola Monster Automatic was designed to be a tool watch, a highly capable dive watch with a reliable Swiss automatic movement, a tough case and crystal, and water resistance down to 1,000 ft.

The design evokes the classic dive watches of the 1950s and 1960s that established the genre, with a minimalist watch face, large lumed hands and markers, and a large dive timer bezel – all to ensure the best possible legibility in low light conditions and murky water. 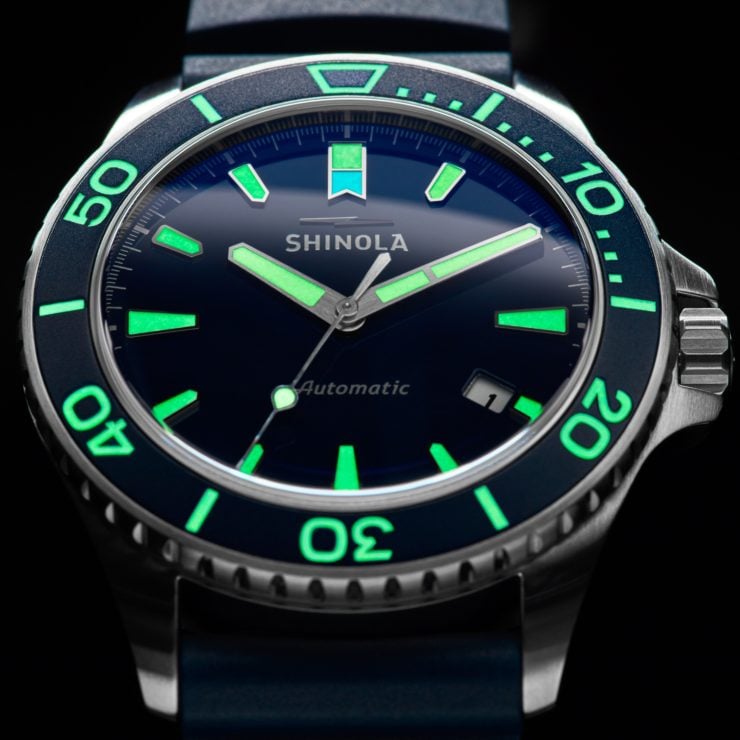 Super-LumiNova lume is used on the hands, markers, and bezel to ensure excellent visibility in low light conditions and murky water.

The case is made from brushed stainless steel as is the bezel and case back, and it’s topped with a domed sapphire glass crystal with anti-reflective coating. Super-LumiNova lume is used on the indices and hands for nighttime use and the watch has a screw-down crown.

The heart and soul of any watch is its movement, the Monster Automatic is powered by a reliable Swiss-made Sellita movement with a date complication and a 38 hour power reserve.

Automatic mechanical movements like this don’t have batteries – they instead wind themselves based on the natural movements on your wrist and arm throughout the day.

We’ve shown you the Midnight Blue version of the watch here but it also comes in Black, Bronze, Orange, and Titanium. Although the asking price of $1,250 USD isn’t cheap it’s not bad at all for a watch of this caliber with a Swiss movement and a limited lifetime warranty. 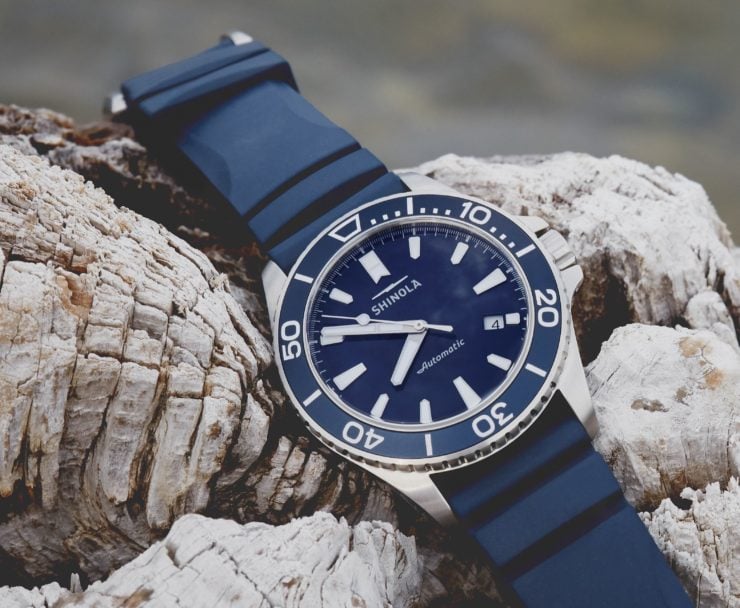 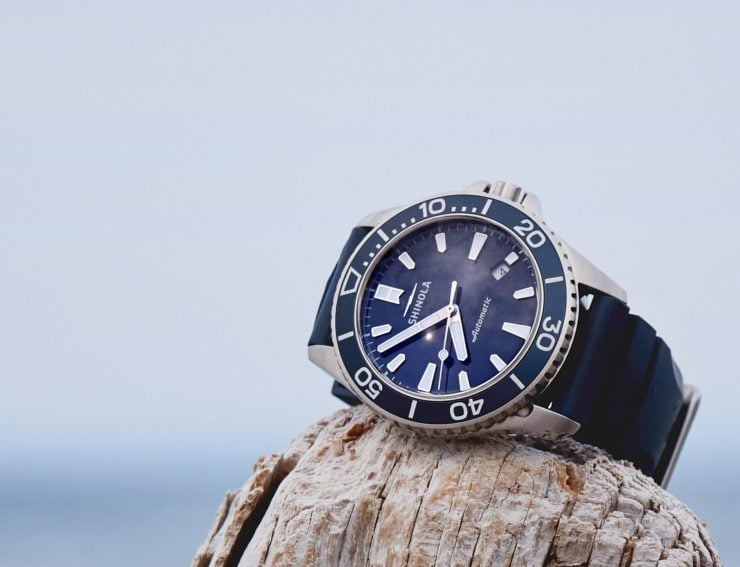 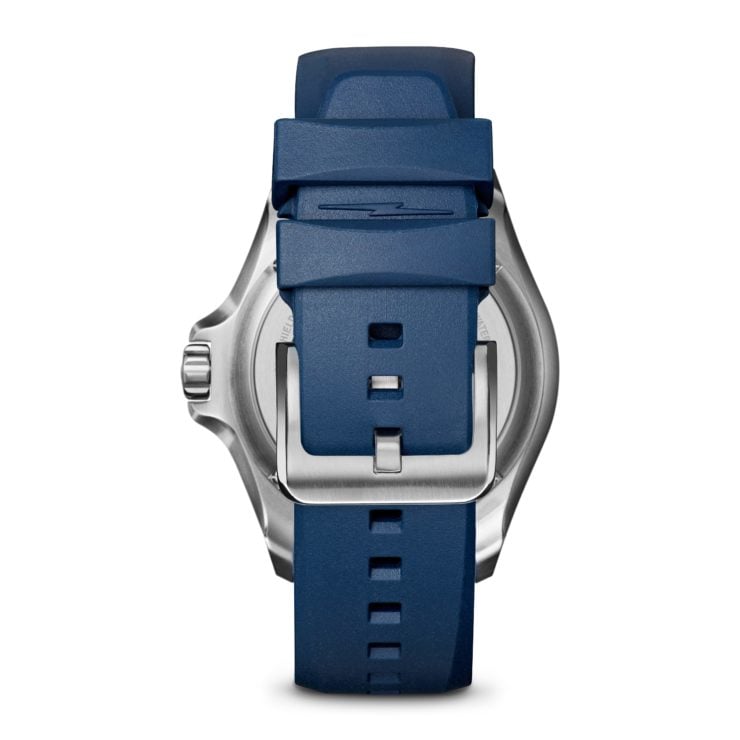 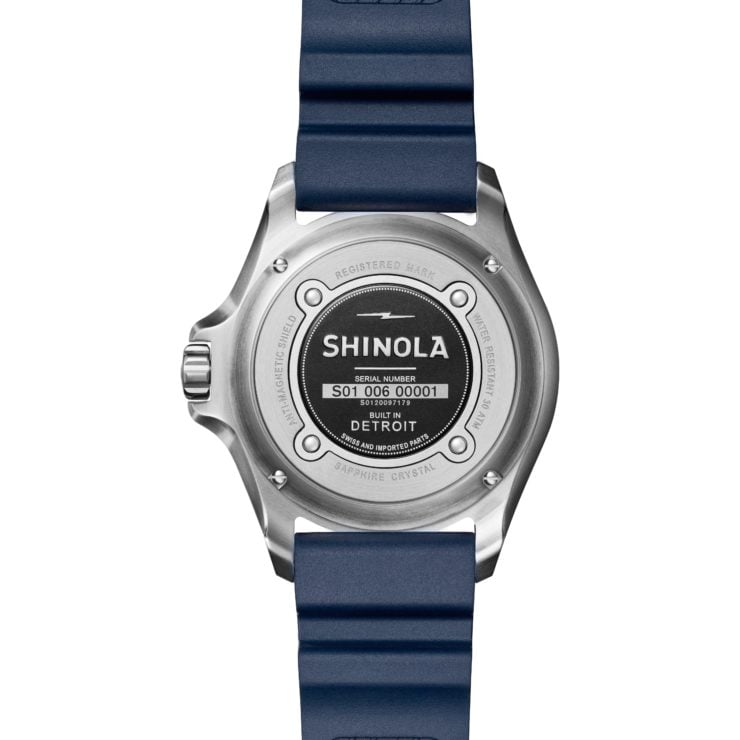 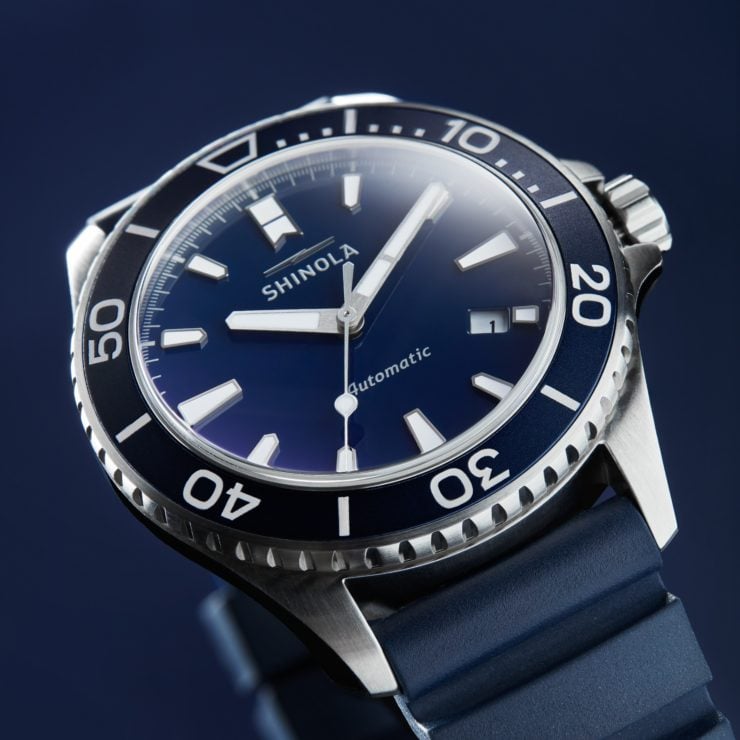