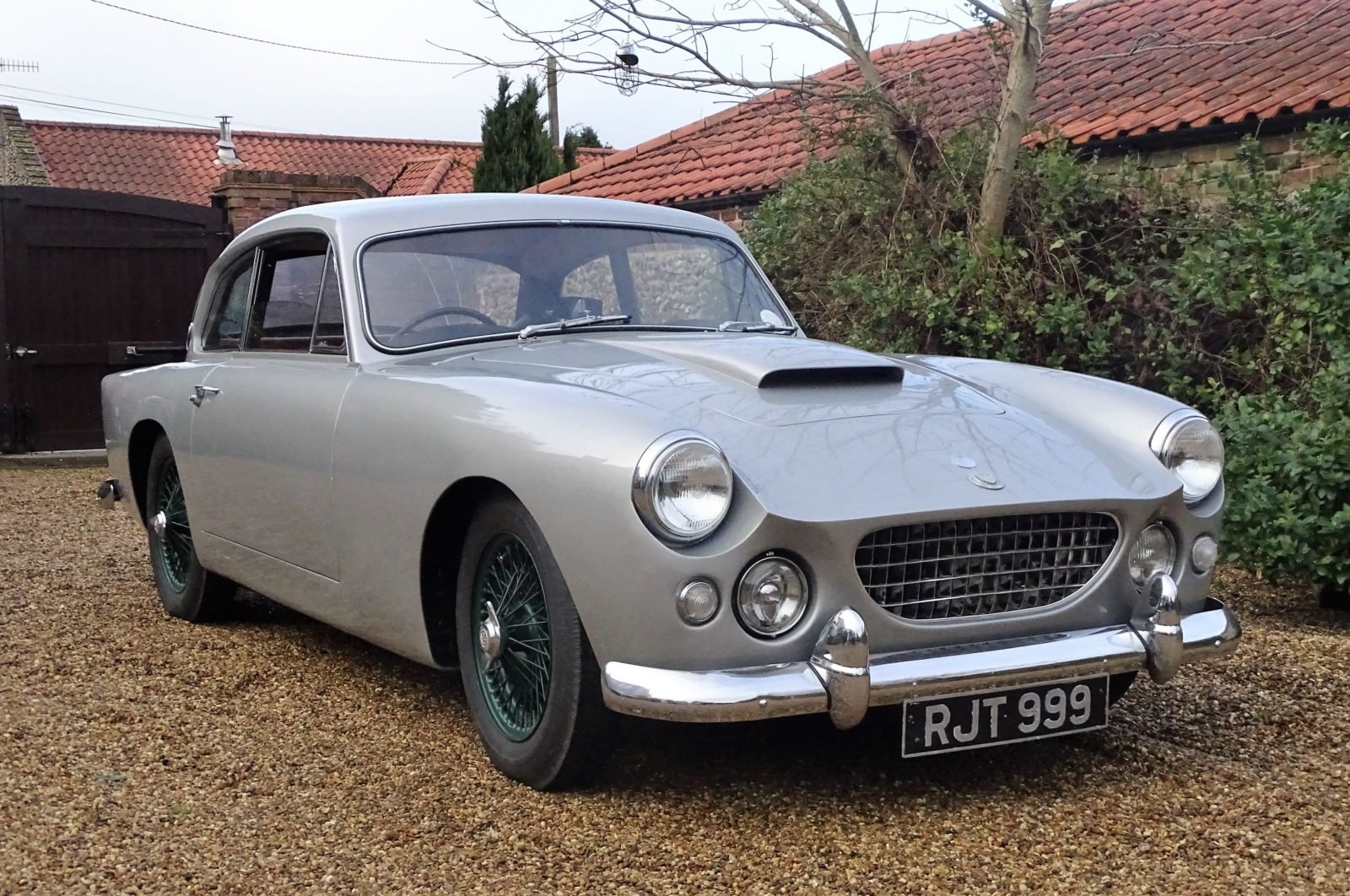 The AC Greyhound was released in 1959 as a touring car to accompany the more sporty AC Ace and AC Aceca. The AC Ace won its class at Le Mans in 1959 and it was soon to become famous as the platform Carroll Shelby would use to build his famous Shelby Cobra.

The Shelby Cobra became such a juggernaut in the automotive world that many have forgotten about AC and their handbuilt sports cars – without which Carroll Shelby may still be remembered as “just” a retired racing driver.

Very few people in the world have never seen a Shelby Cobra. It’s a car that has adorned countless t-shirts, posters, magazine covers, advertising billboards, and it’s appeared in many films and television shows. 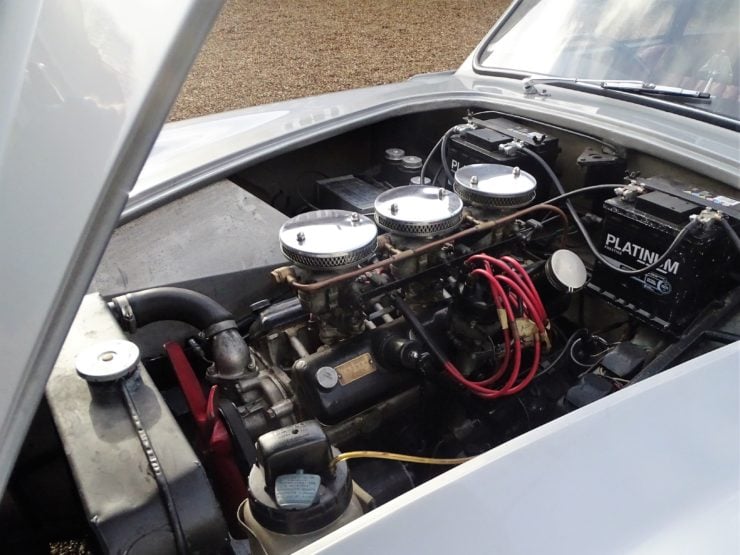 This car is powered by the Bristol 2.2 liter inline-six, originally a pre-WWII BMW engine design.

Most people don’t realize the car was originally designed in England by John Tojeiro, it was called the AC Ace and in its original form, it was never designed to fit a V8 engine under the hood.

Recently retired racing driver Carroll Shelby saw the AC Ace and had an idea. He had raced Allards back in the early 1950s, lightweight British sports cars with excellent handling and large American V8s up front, and he realized this same formula would work with the Ace.

He managed to get Ford onboard to provide him with V8 engines and transmissions, then had AC send him an Ace. His mechanics fitted the engine and transmission to the car in his California workshop and the rest is history.

There are many “what ifs” in motoring history, some have wondered how things may have played out if Shelby had instead decided to build his sports car using the AC Aceca coupe or the AC Greyhound as his starting point – both of these cars were also in production with AC when Shelby chose the Ace.

The AC Aceca was essentially just the coupe version of the Ace but the Greyhound was an altogether different car. 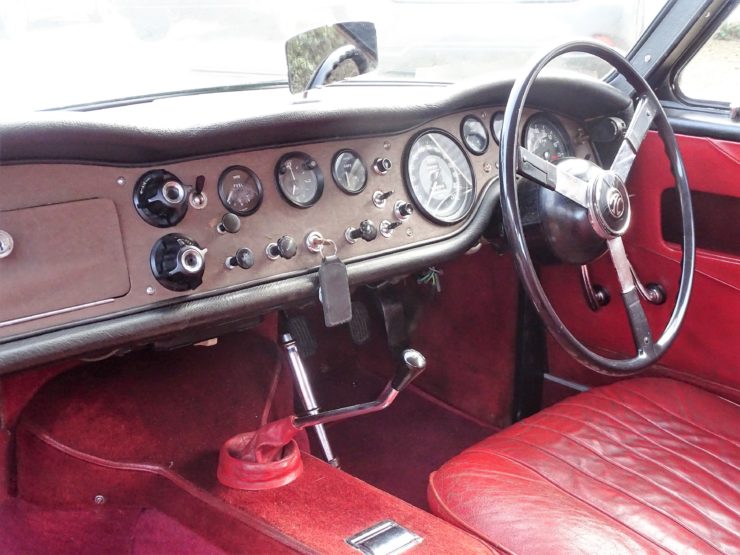 The interior is well appointed by the standards of the late 1950s, with ample use of leather, carpeting, and dashboard with all the gauges and switch gear you might need.

Whereas the Ace and Aceca were designed as two-seaters for drivers who wanted sports cars, the Greyhound was designed to compete more with the likes of the Aston Martin DB4 and the Jaguar XK150.

The Greyhound was given a slightly longer version of the steel ladder frame chassis and the alloy body was slightly longer to match, allowing space for an additional row of two seats behind the driver and front passenger, as well as a decent sized trunk.

Most cars in the late 1950s still relied on live rear axles, leaf springs, and four wheel drum brakes but the Greyhound broke out of this mould. It came with fully independent front and rear suspension on coil springs and it came with front disc brakes (and rear drums).

The interior of the car was well appointed, with leather seats front and back, full carpeting throughout, ample instrumentation, and good headroom for all occupants.

Though unique, the styling of the car was very much in the same vein as similar 1950s GTs like the Aston Martin DB Mark III. 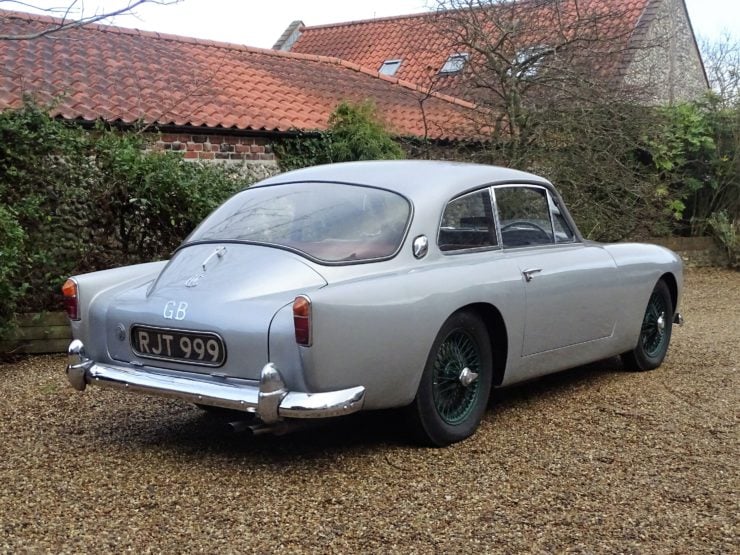 The design has been compared to Aston Martins of the era, it was designed to compete against them and the likes the Jaguar XK150.

Under the hood you’ll find any one of four engines: the AC 2.0 liter, the 2.0 liter and 2.2 liter Bristol engines, and the 2.6 liter Ford Zephyr engine. The Zephyr engine is the most powerful of the bunch but many purists prefer the Bristol engines due to their history with the marque.

AC Cars would make just 83 examples of the Greyhound between 1959 and 1963, production was ended to focus resources on the AC Aces that were being built and sent off to Carroll Shelby in the United States – without a drivetrain fitted.

The car you see here is a 1961 AC Greyhound that was once owned by Colonel John Nicholas Blashford-Snell CBE. British Army officer, explorer, and author who founded Operation Raleigh.

After having belonged to just two families for its entire life the car is now being offered for sale. It’s had a recent recommissioning including attention to the engine, brakes, ignition, cooling system, overdrive and steering etc not to mention a gearbox overhaul.

It retains its original interior complete with ‘sunburst’ pattern door cards and it’s believed to have covered just 37,000 miles from new. 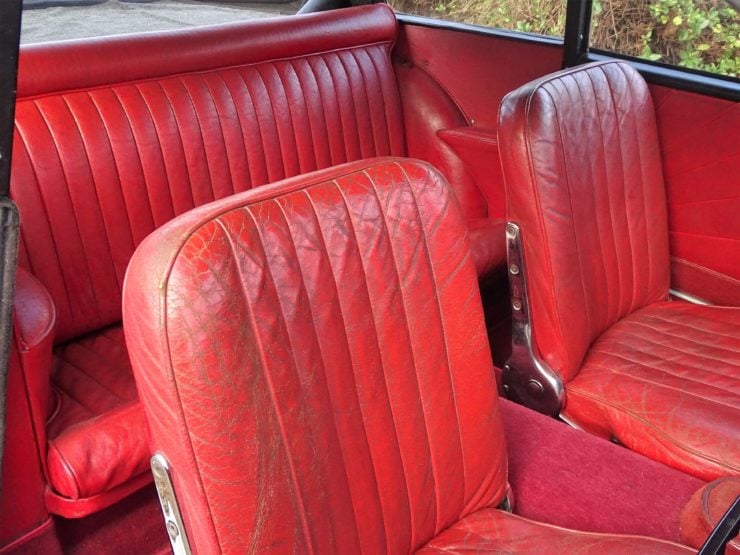 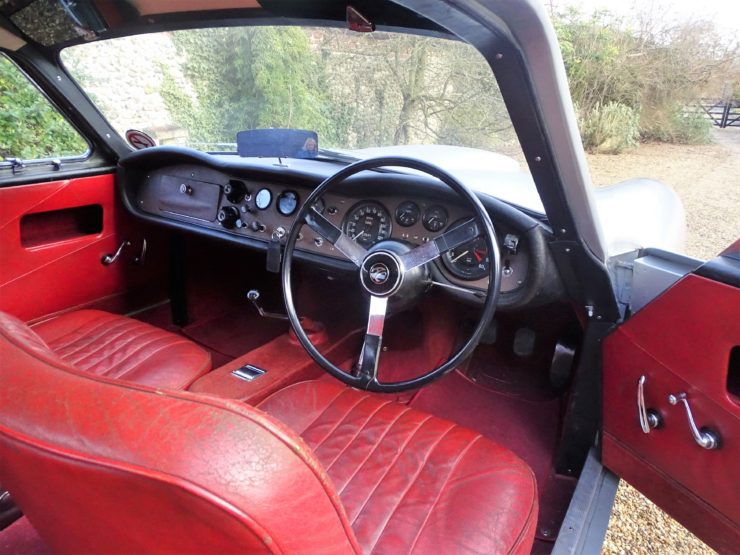 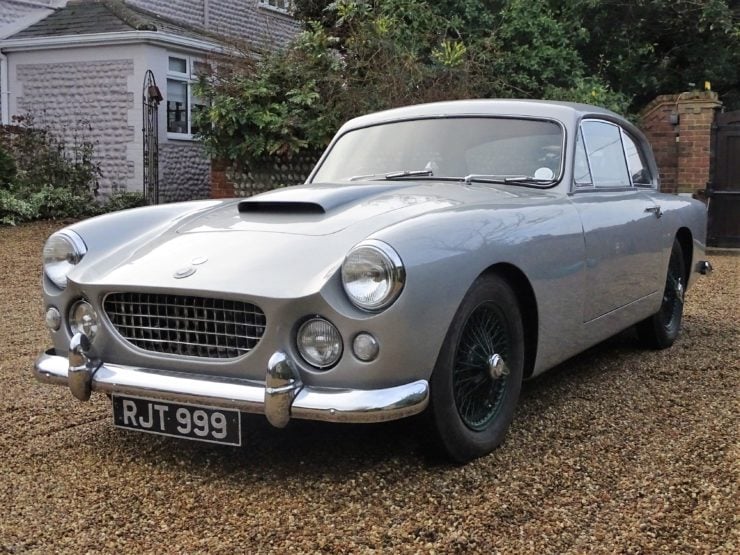 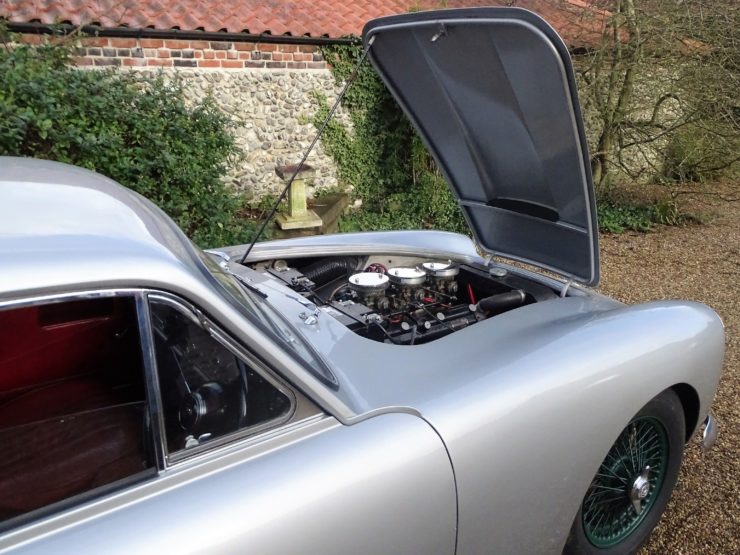 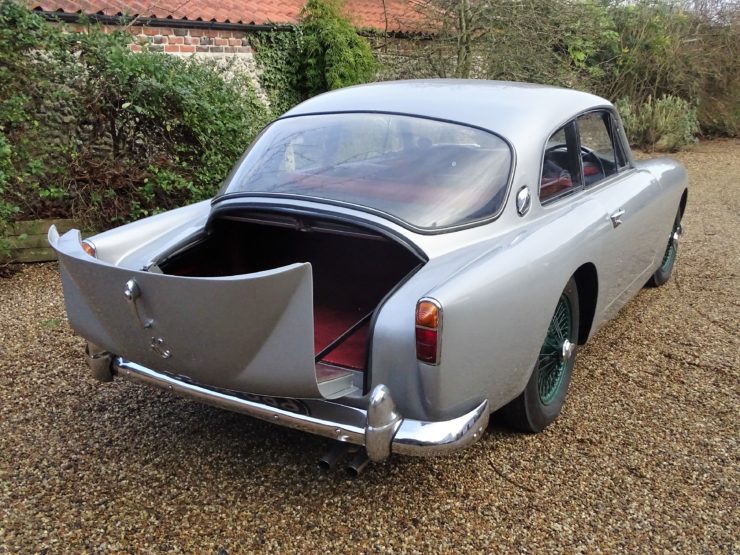 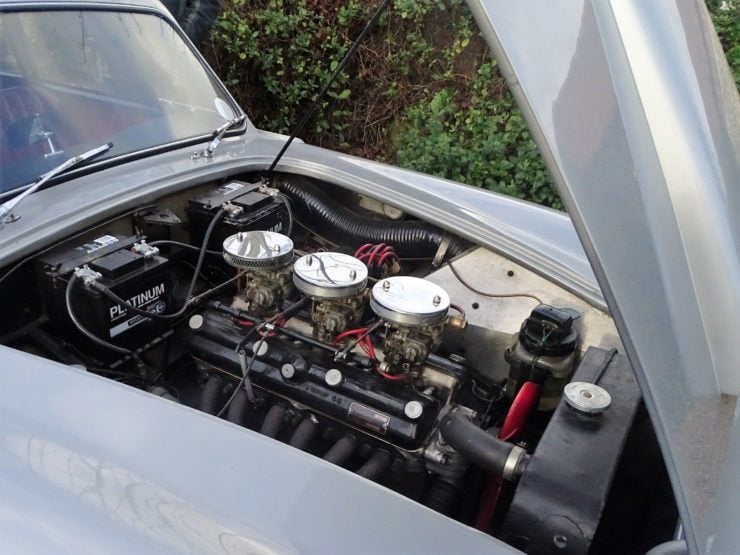 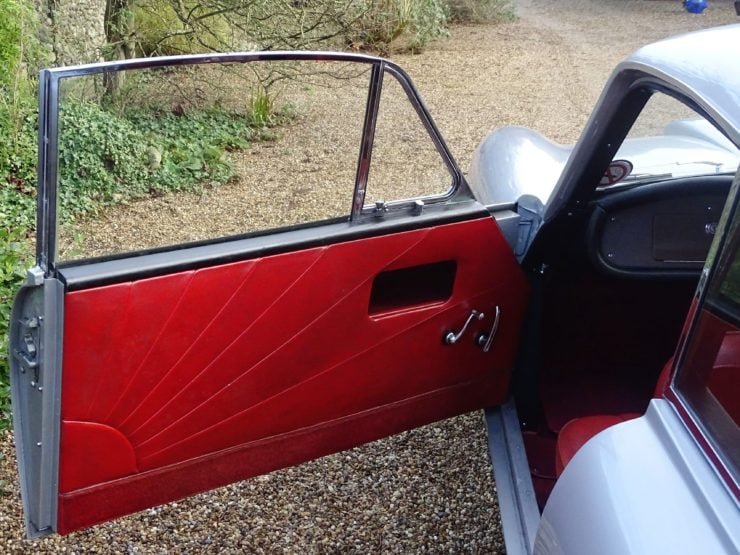 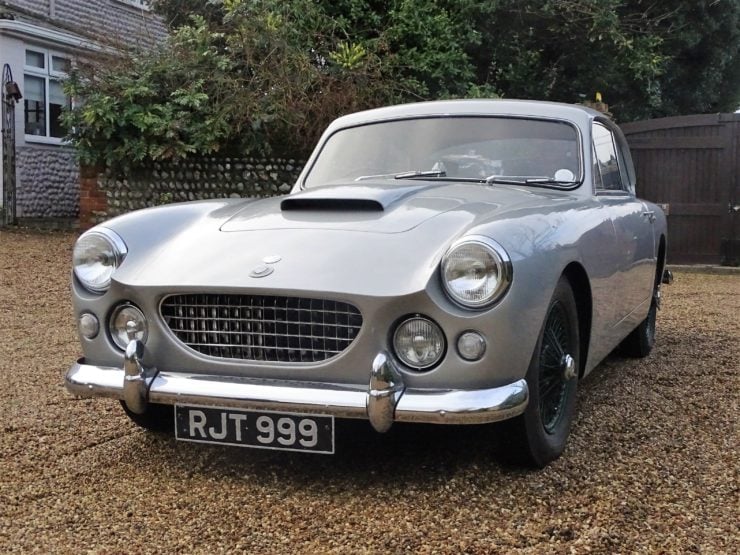 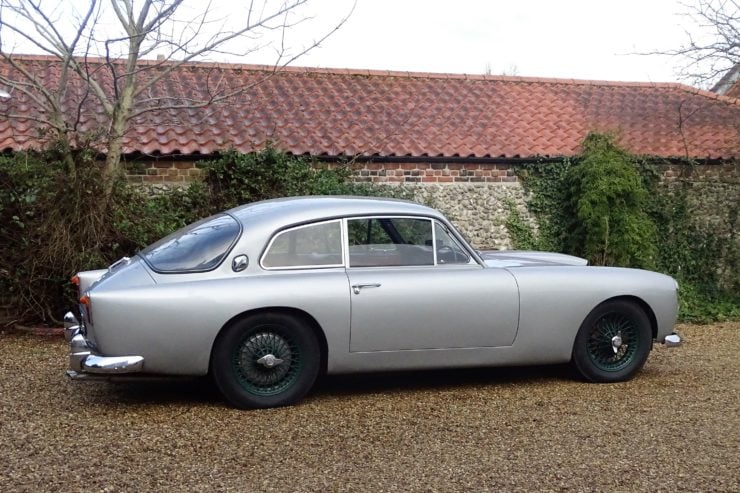 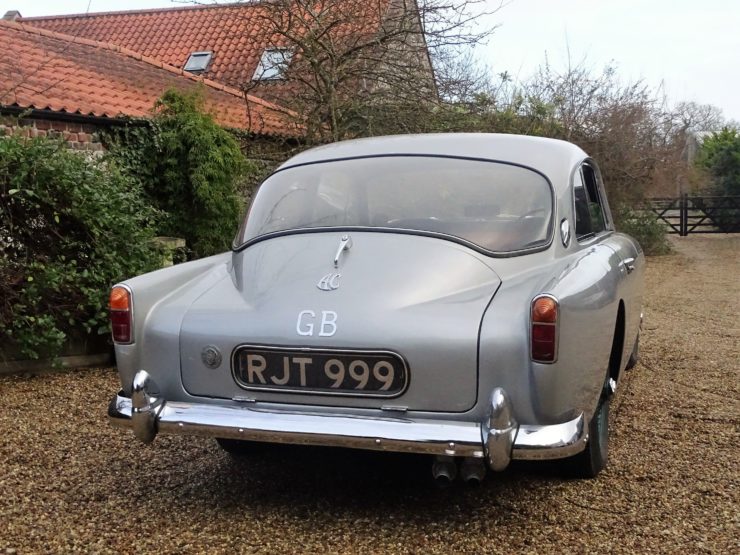 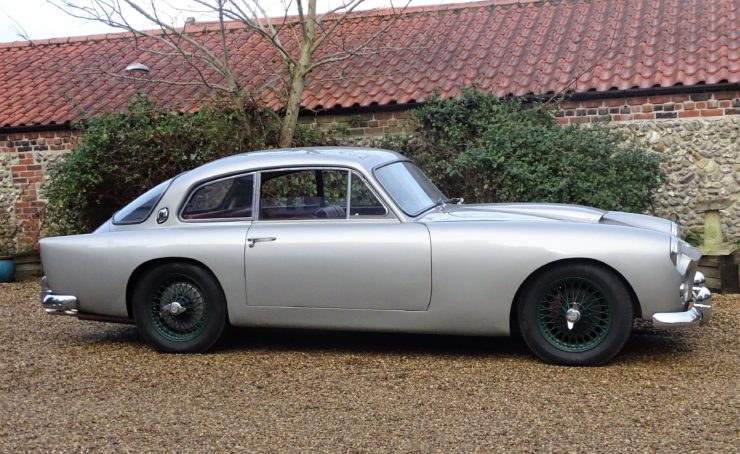