This 1987 Buick Grand National is a one-owner car that was left parked up in an open barn for years. This protected it from the majority of the weather and it has less rust than it otherwise would, it’s currently on eBay looking for a new owner to give it a restoration.

The 1987 model was both the most powerful of the Grand Nationals, producing 245 bhp and 355 lb ft of torque and outpacing its V8 contemporaries like the Corvette and the Camaro. Car and Driver magazine clocked the ’87 at 4.9 seconds in the 0 – 60 mph dash, faster than the Lamborghini Countach.

Americans have had a long love affair with the V8, it dates right back to the turn of the 20th century, but V8 power wasn’t truly democratized for the average American until the release of the 1932 Ford V8.

Above Video: Actor David Spade shows his ’87 Grand National to Jay Leno in this episode of Jay Leno’s Garage.

With its 221 cubic inch (3.6 liter) flathead V8, the 1932 Ford offered power and speed with an affordable sticker price, and America was hooked. Soon enough each of America’s major automakers had V8 models in production, often powering their fastest and most desirable cars.

Through all of this the humble V6 was largely forgotten by the American general public. The 1973 Oil Crisis and increasing emissions regulations led Buick to take a closer look at the engine configuration, they would release two V6-powered versions of their second generation Regal in 1978, including a turbocharged version that could hang with V8s.

Win On Sunday, Sell On Monday

Following the age old matra of “Win on Sunday, Sell on Monday” Buick set out to compete in America’s most famous racing series – NASCAR. Defying the odds the company managed to win the Winston Cup Grand National Championship in 1981 and 1982.

In order to celebrate the company released the 1982 Grand National as an option package on the Buick Regal. 100 were planned but 215 were sold – public demand was high and Buick engineers were set to work creating a production version that could be built in higher numbers. 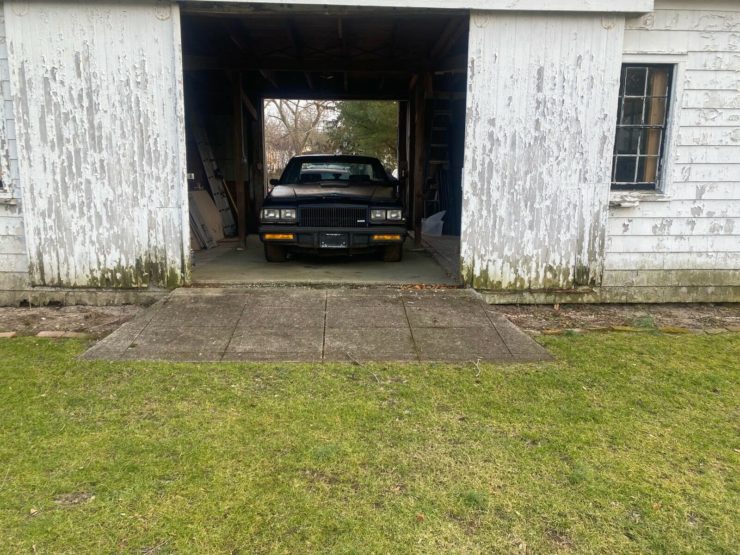 This one-owner car has been sitting in a barn for years, it now needs a restoration but it’s a potentially a good matching-numbers base to start with.

There was no 1983 Grand National but the 1984 model landed with a bang. It was jet black and powered by a turbocharged V6 that gave it the pace to chase down Corvettes. Each year the model would get more powerful until its final year of production – 1987.

Is one of the most desirable iterations of the model, alongside the less powerful but far rarer 1982 Grand National, and the pinnacle of Grand National evolution – the GNX.

It was known ahead of time that the 1987 Buick Grand National would be the last of the series due to the fact that the new front-wheel drive GM W platform was due to debut the next year. It was decided to send the Grand National off with a bang.

The intercooled 3.8 liter V6 was further upgraded, it was now capable of 245 bhp and 355 lb ft of torque. These were serious power figures for the era, Car and Driver magazine tested the car and recorded a 4.9 second 0 – 60 mph sprint and a 13.9 second quarter mile. Though they had their doubts the car they used was in stock configuration. 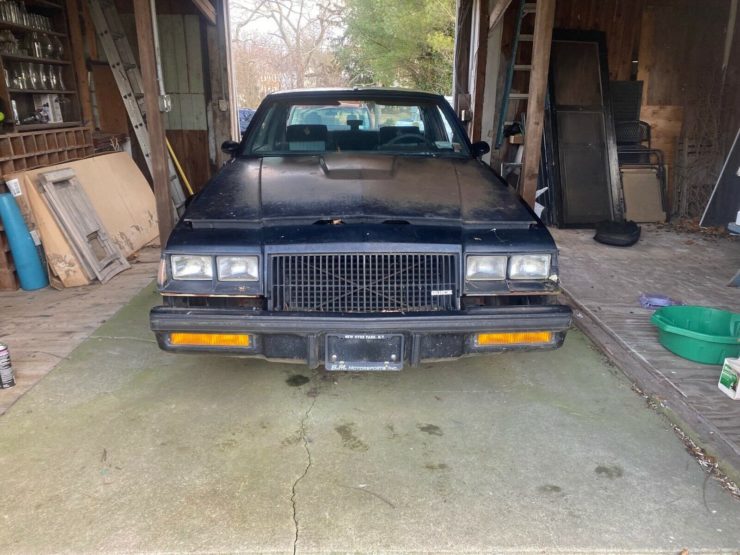 The 1987 Grand National was capable of 245 bhp and 355 lb ft of torque, making it quicker than the contemporary C4 Corvette.

Many of America’s formerly great V8 coupes had been left wheezing and underpowered due to emissions restrictions, so the 1987 Grand National could make short work of them on the street or drag strip.

A total of 20,740 1987 Grand Nationals would be built, surviving examples are now highly sought after by enthusiasts.

The car you see here is a one-owner 1987 Buick Grand National with 74,097 miles on the odometer, a New York title, all the original manuals, and the bill of sale.

For many years cars from the 1980s were viewed with contempt and as a result many ended up getting scrapped, parted out, or otherwise wrecked.

The Grand National has always had a solid fan base in the United States including Sean Penn and Joe Dirt actor David Spade who regularly drives his 1987 Grand National including in an appearance on Jay Leno’s Garage (see it above).

It’s clear that this car needs a full restoration, it’s being offered for $22,500 out of East Setauket, New York. If you’d like to take this project on you can click here to visit the listing. 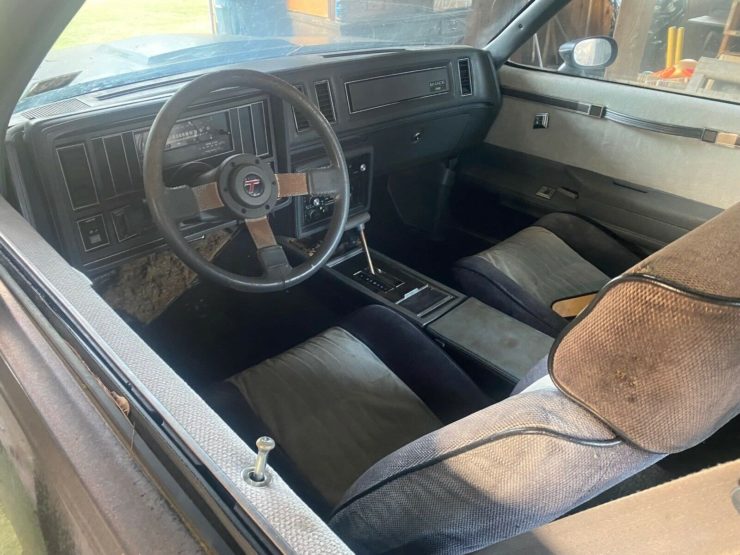 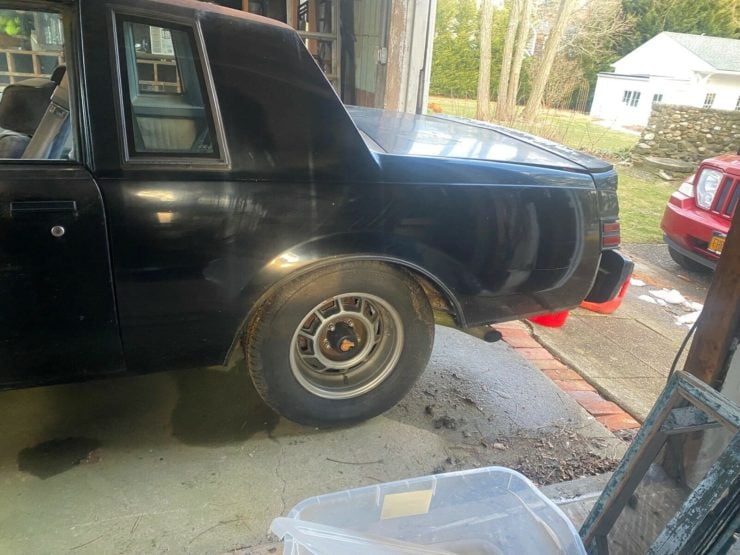 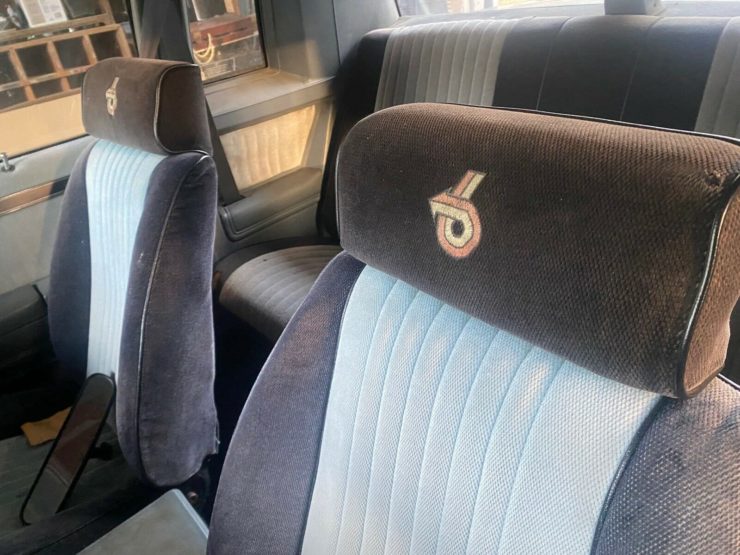 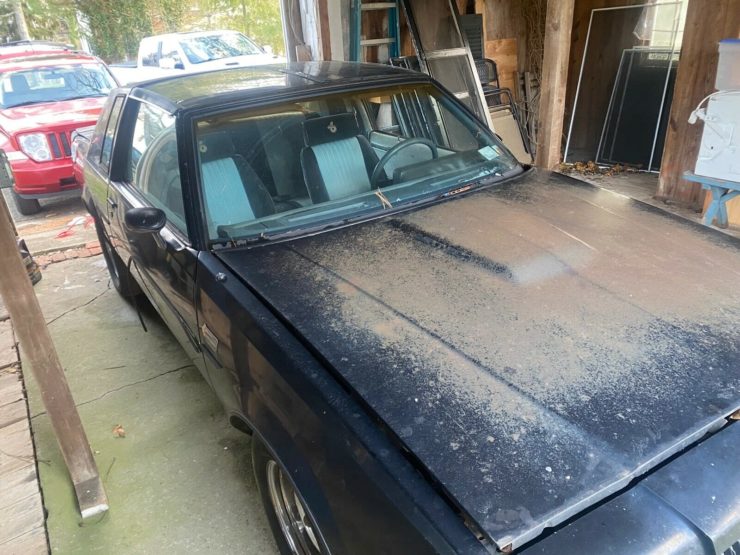 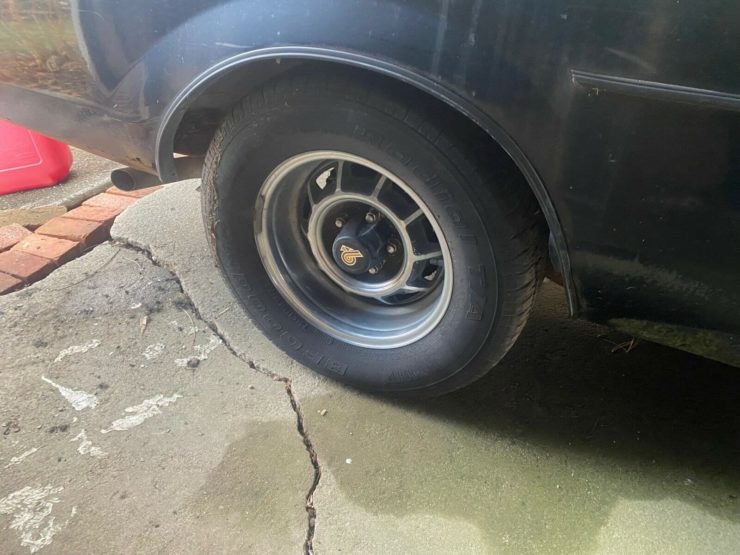 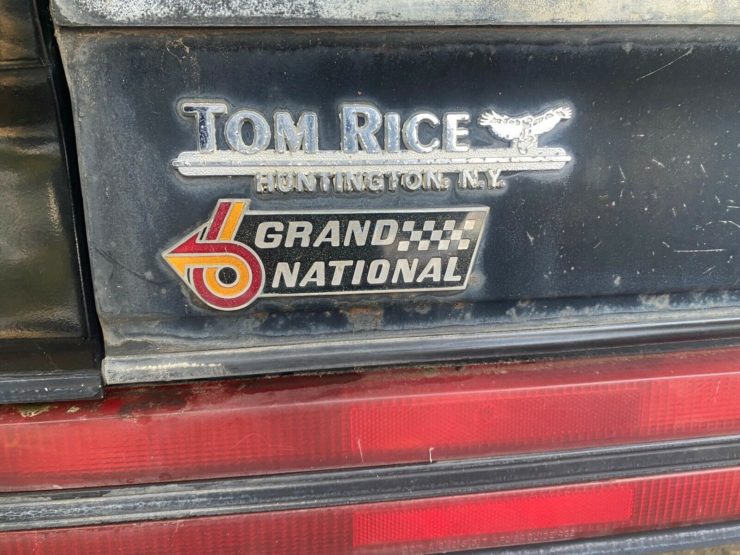 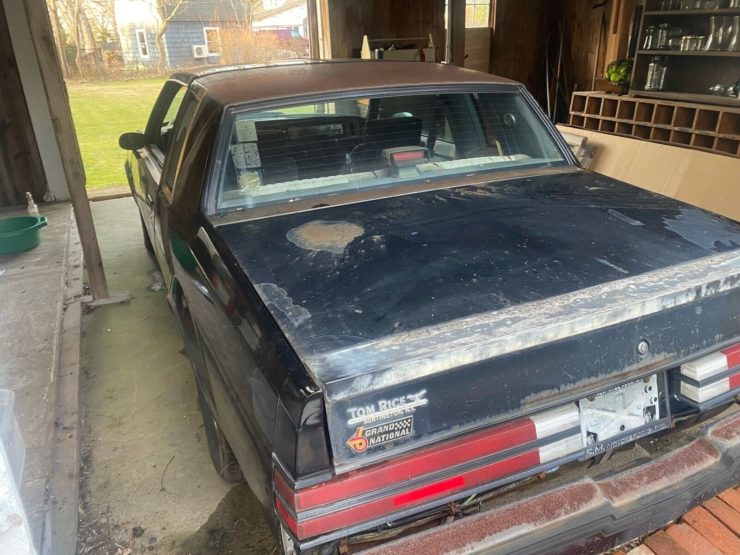 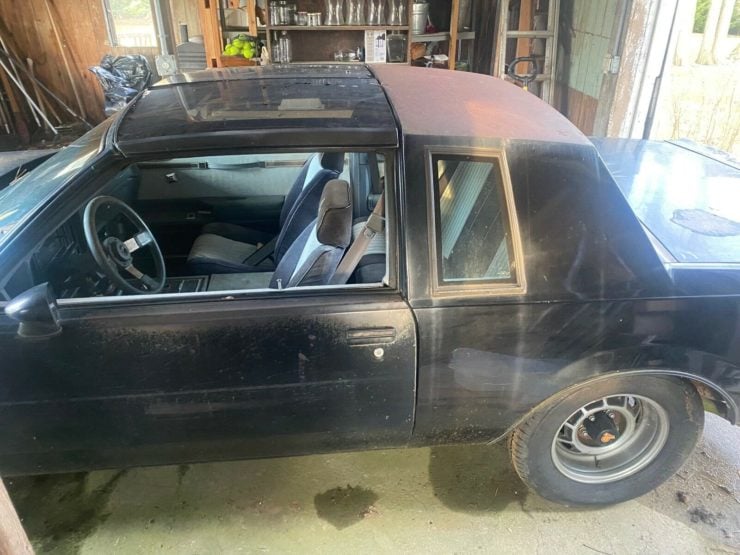 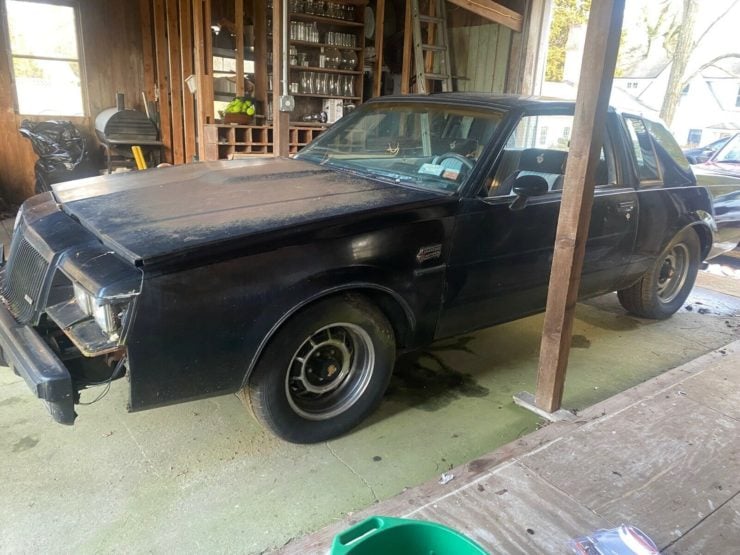