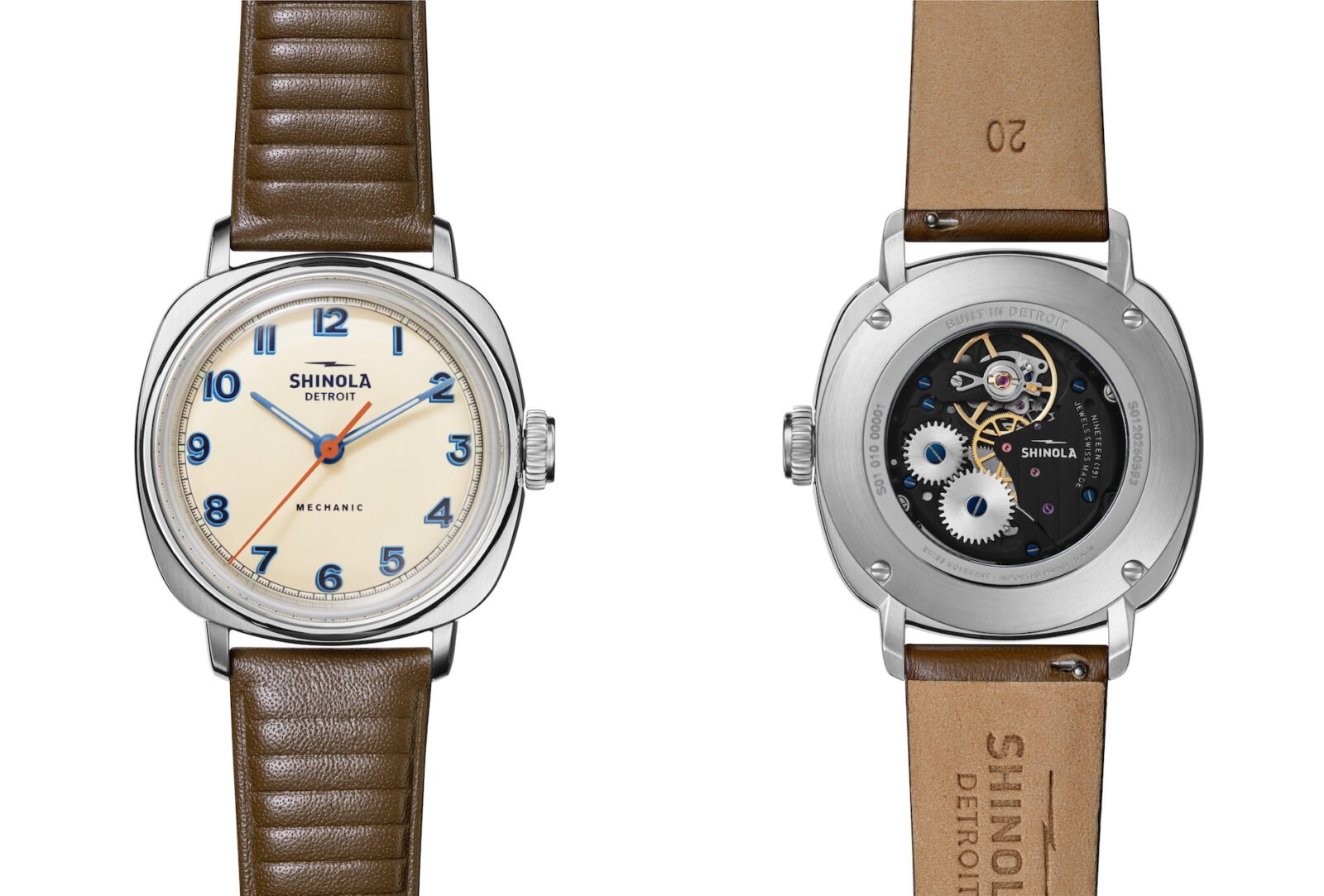 This is the new Shinola Mechanic 3H, it’s a hand-wound watch that’s built in Detroit with a Swiss-made movement, and it’s dedicated to the rich history of Detroit’s sign painters – who were nicknamed “mechanics.”

Shinola was founded in 2011 in Detroit, Michigan to manufacture watches and other goods in the USA. The company takes its name from the long-defunct Shinola shoe polish company that was established back in 1877.

The name Shinola is perhaps best remembered for the phrase “You don’t know sh*t from Shinola,” a WWI-era expression referencing the black gummy appearance of Shinola shoe polish, and implying that a person was so stupid they couldn’t tell the difference between the shoe polish and, well, excrement. 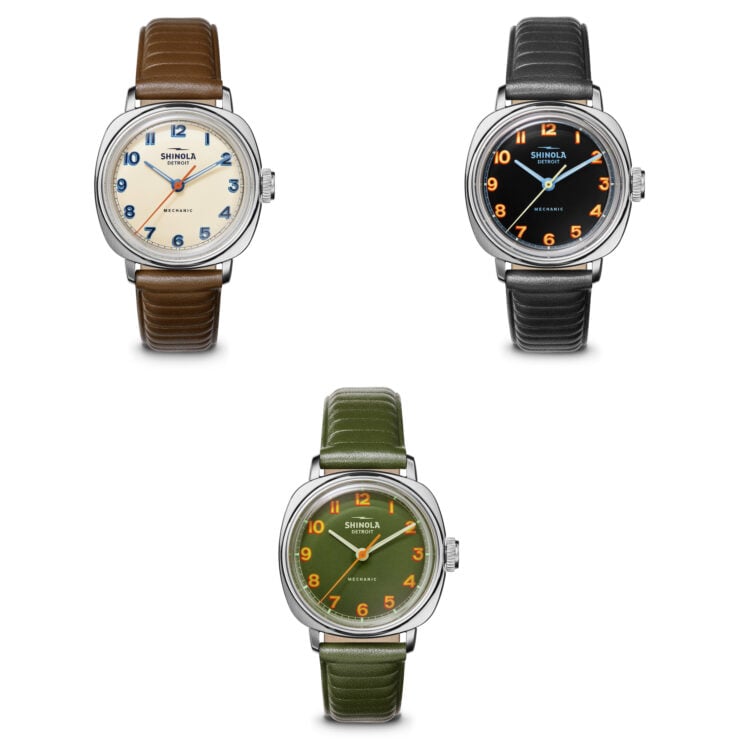 These are the three colorways of the Shinola Mechanic 3H watch – Cream, Black, and Dark Olive. All are powered by the same hand-wound Swiss-made SW210-1 movement.

It was a conversation that referenced this old saying that started a process in 2011 that would revive the name Shinola, now as an American watch company. They soon branched out and began producing a multitude of other items including bicycles, leather products, classic wall clocks, home goods, and jewelry.

The Shinola Mechanic 3H watch is powered by a hand-wound Swiss-made SW210-1 movement with a 42 hour power reserve. It has a 39mm rounded square stainless steel case with a sapphire crystal, and it has a domed dial that features painted numerals designed to echo the style of sign painter’s work from decades ago

Each watch comes in a metal tin designed by the Motown Sign Co. of Detroit, there are three colorways on offer including Cream, Black, and Dark Olive, the Mechanic 3H comes with a ridged leather strap, and they retail for $1,450 USD. 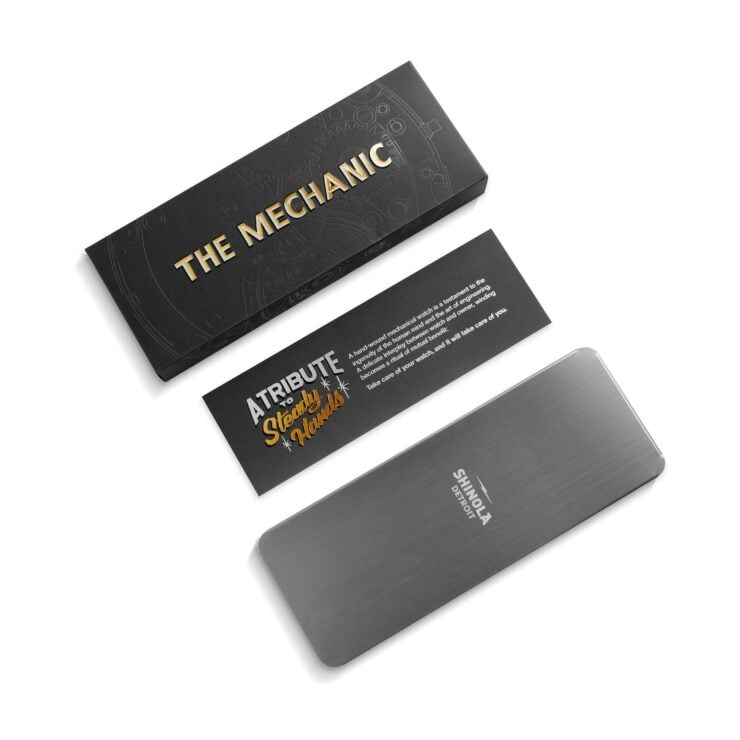 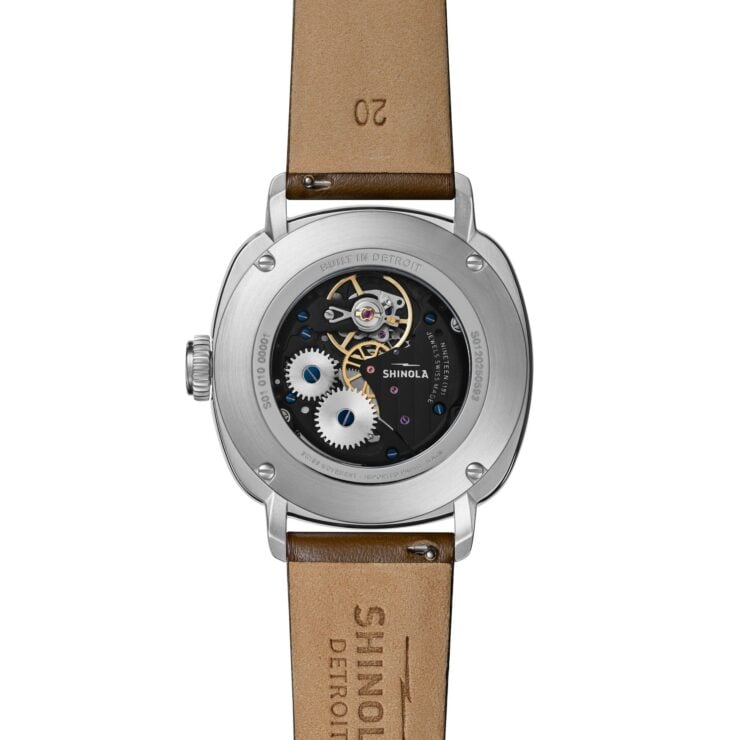 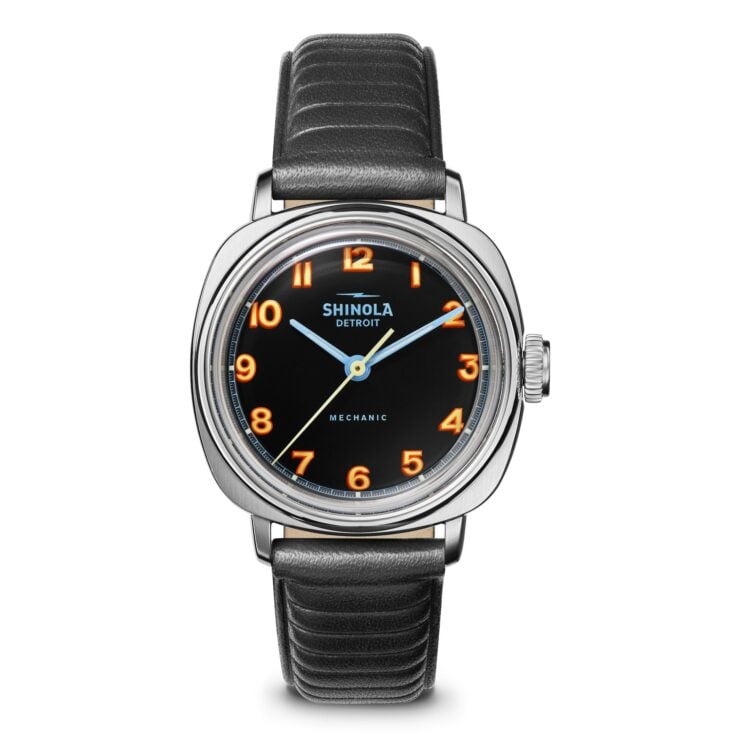 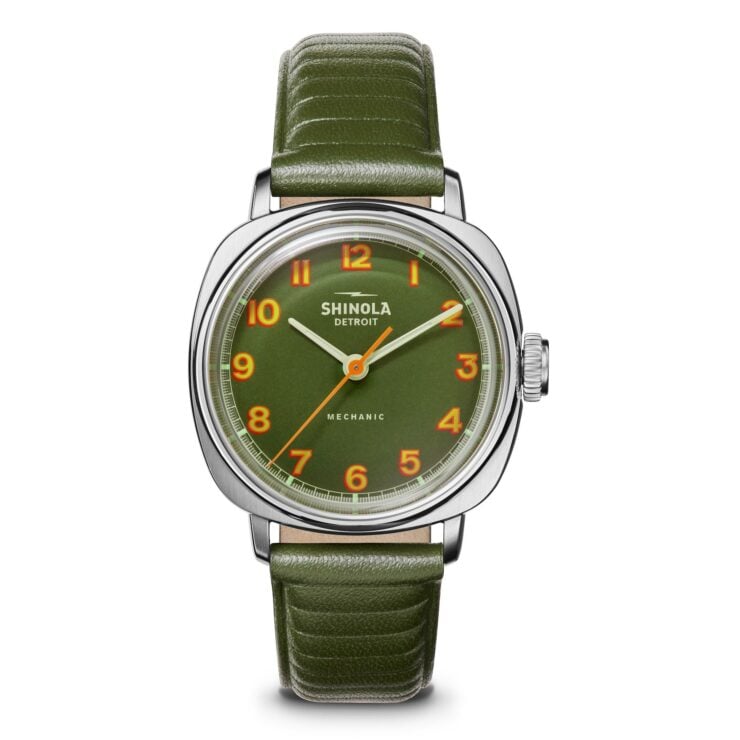 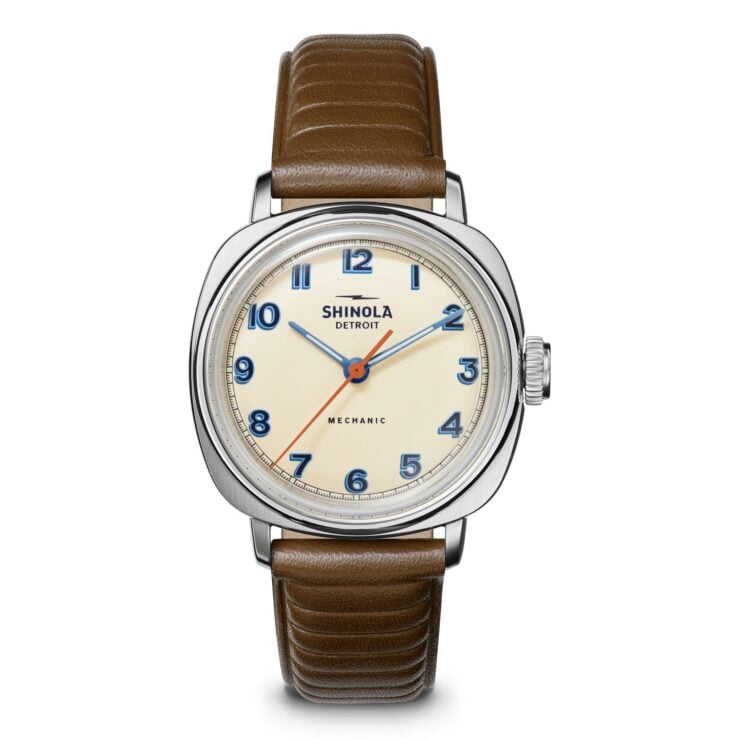 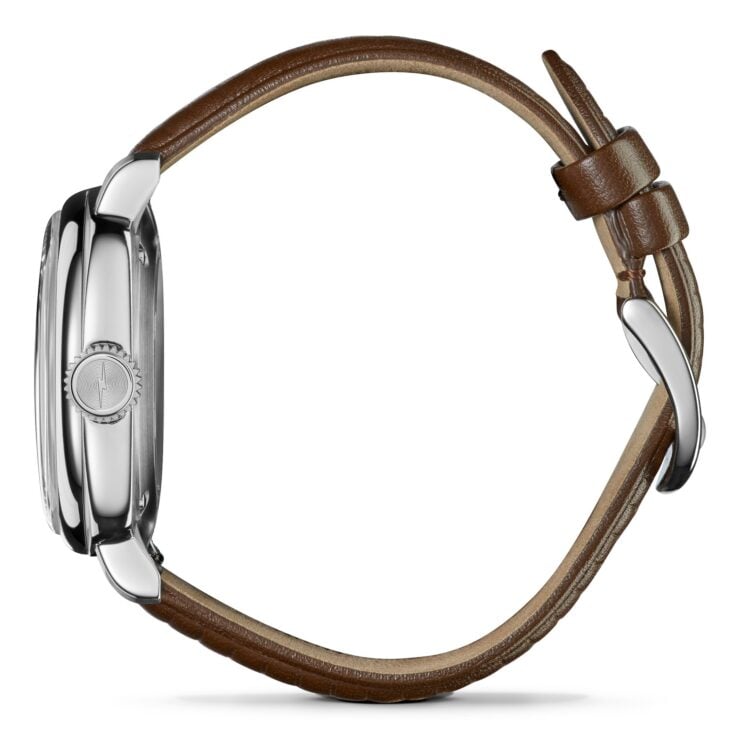 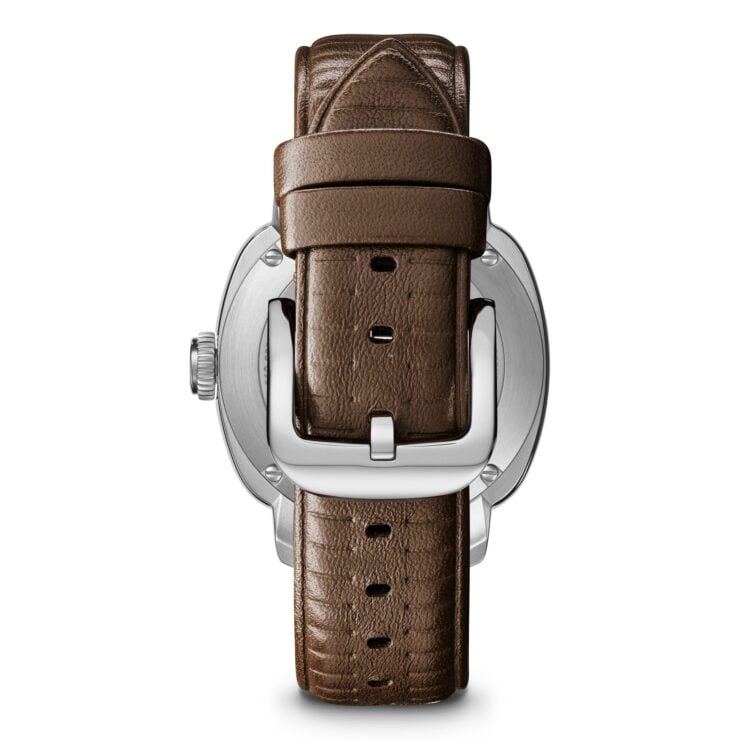 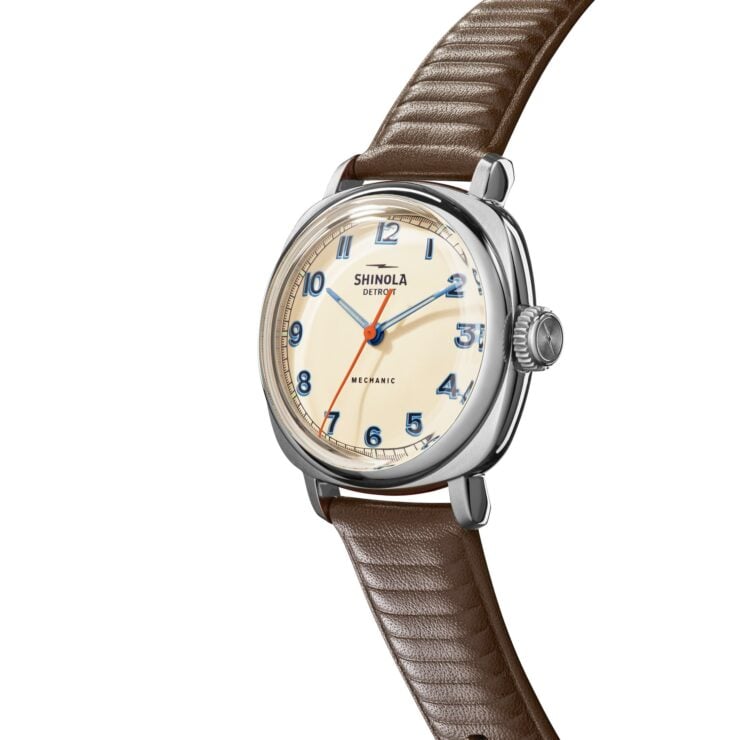