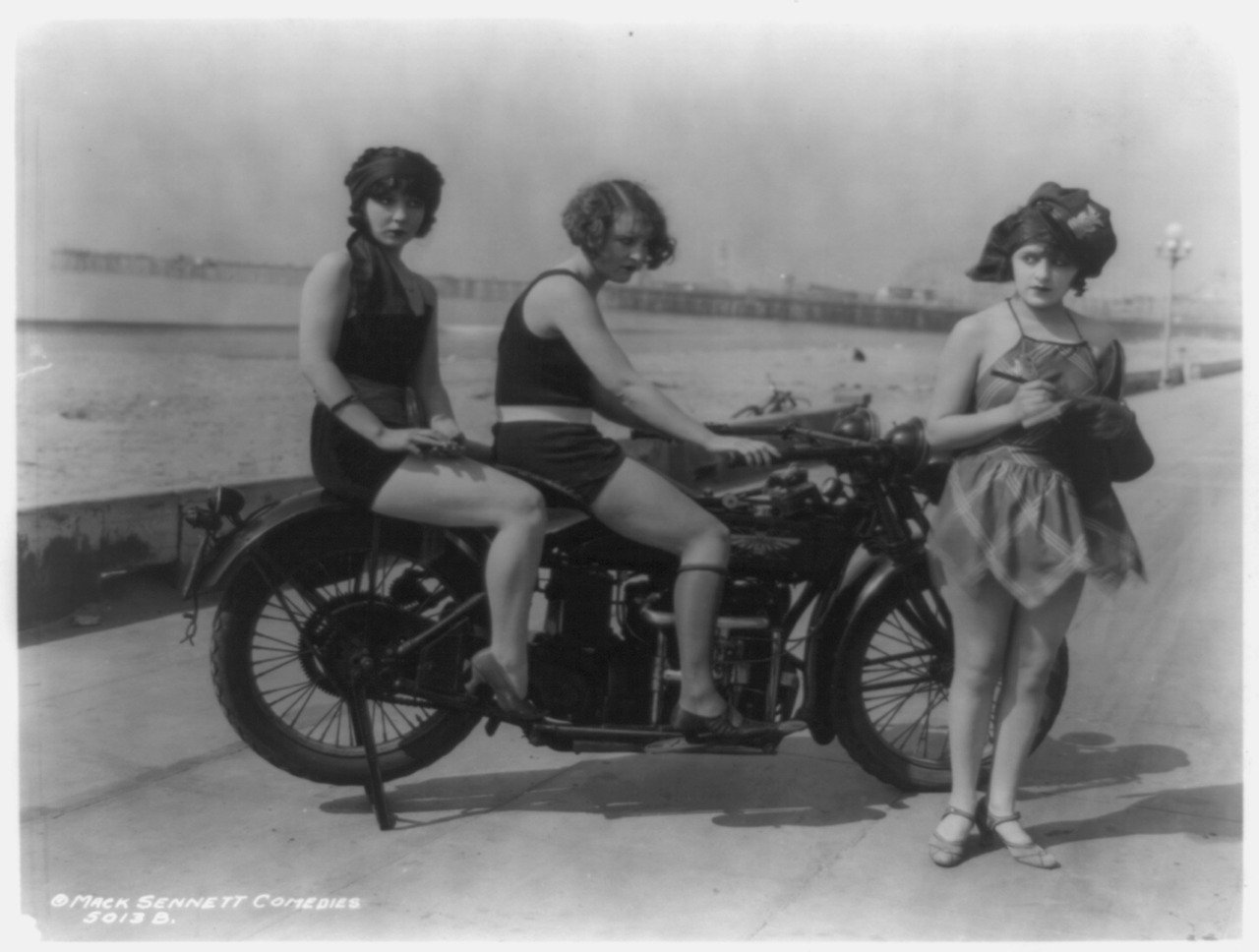 Mack Sennett is the man credited with bringing slap-stick comedy to film for the first time, the actor, writer and director also gave Charlie Chaplin, Fatty Arbuckle, Gloria Swanson, The Keystone Kops, Bing Crosby, and W. C. Fields their start in show business. The ladies above were part of Sennett’s famous “bathing beauties” troupe, a group of scantily clad (for the era) ladies who would appear in comedy shorts and promotional films.

Read more about Sennett here, if you know what motorcycle that is, let us all know in the comments below.

Facebook Twitter WhatsApp Email It’s not everyday you get the chance to buy a rebuilt 414 cubic inch Lincoln L-head V12 engine on eBay,…

Facebook Twitter WhatsApp Email This is the Champer, and as its portmanteau name implies it’s a Checker Camper, it was first converted into a…

Facebook Twitter WhatsApp Email This is a Grumman Avenger, or more correctly this is a 1945 Grumman TBM-3E Avenger, that’s being offered for sale…