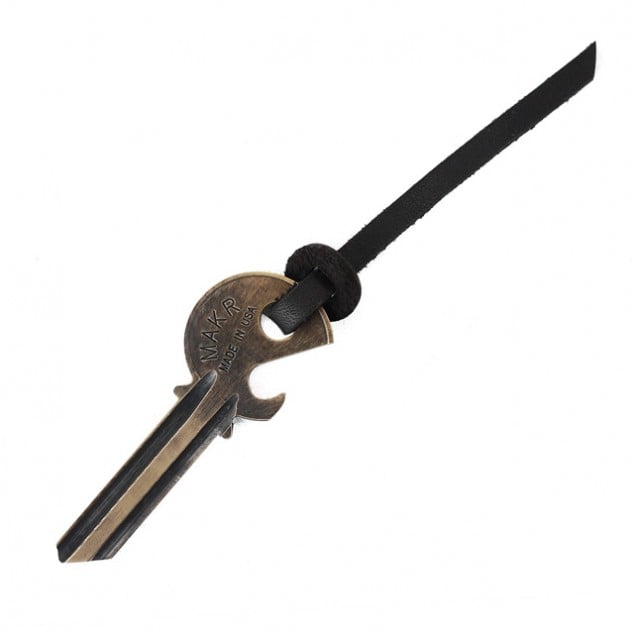 The Bottle Key by MAKR is one of those sub-$10 purchases you make and then forget about, right up until the day you become a hero for being the only guy on the camping trip with a bottle opener.

Each key costs $9.35 USD and can be picked up here via MAKR.