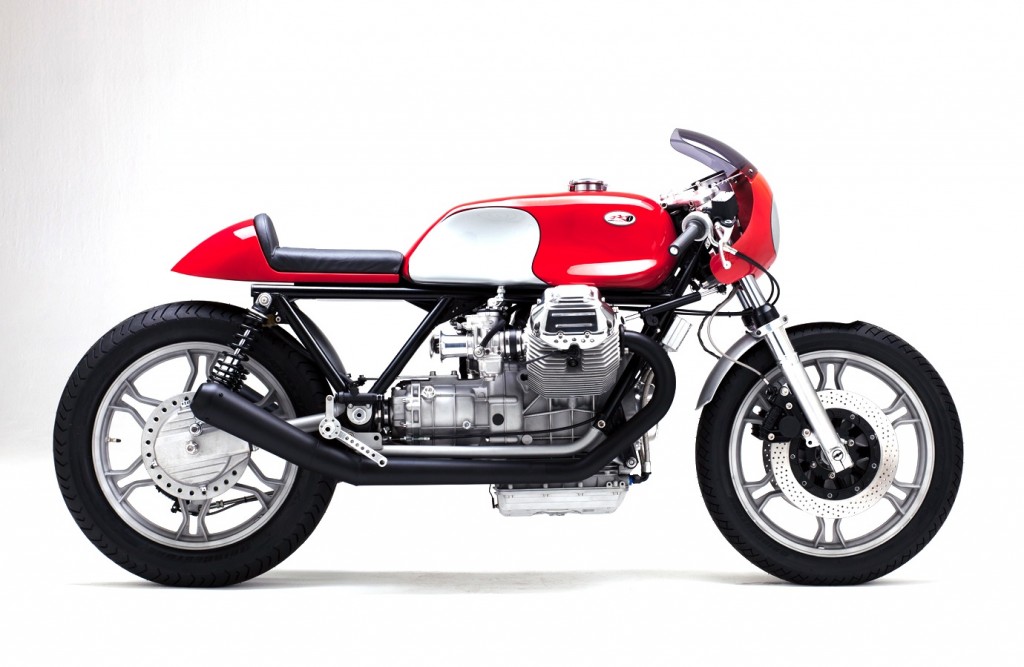 Kaffeemaschine is probably the single best Moto Guzzi custom garage in the world today, it’s run by a talented chap by the name of Axel Budde, a native of Hamburg.

Axel’s mission directive with this particular Moto Guzzi Racer was simple, the client wanted a red and silver faired racer with cast wheels. The only difficulty was the timetable, the client wanted to take the bike to the The Bikers’ Classics and this left just over 2 months for the project from start to finish.

Axel managed it in time, though only just, and the bike was a popular attraction in and of itself at the event. 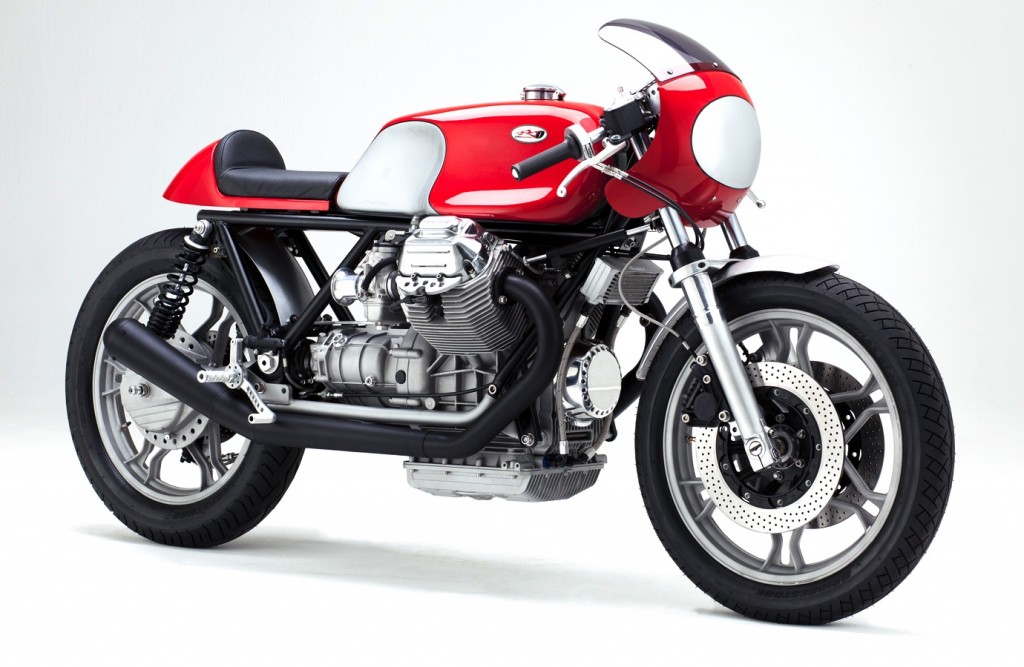 From a technical perspective, this might be the quickest Guzzi we’ve yet seen from Kaffeemaschine, it uses an HTMoto race-tuned V11 Moto Guzzi motor producing 95hp. The bike didn’t need to be road legal so this allowed a certain amount of leeway with the design, you’ll notice the bike doesn’t have a headlight, blinkers or taillight.

This Moto Guzzi is easily one of the most handsome motorcycles we’ve featured for a while, it’s an incredibly well balanced bike from an aesthetic perspective and I’d bet it goes like the clappers.

For more from Kaffeemaschine check out some of Axel’s other fantastic builds here and here. 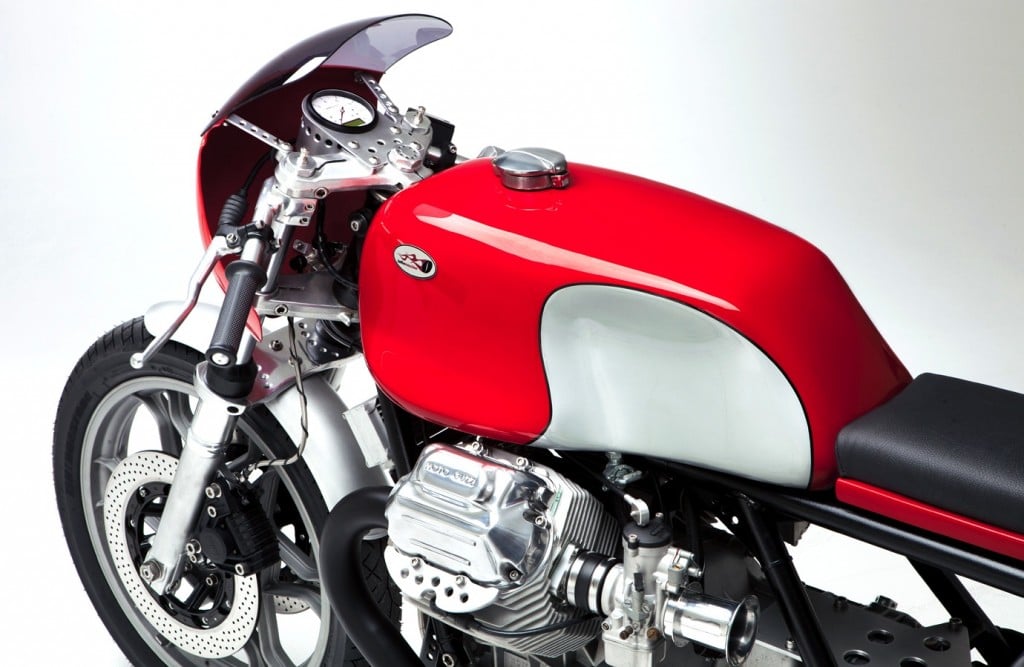 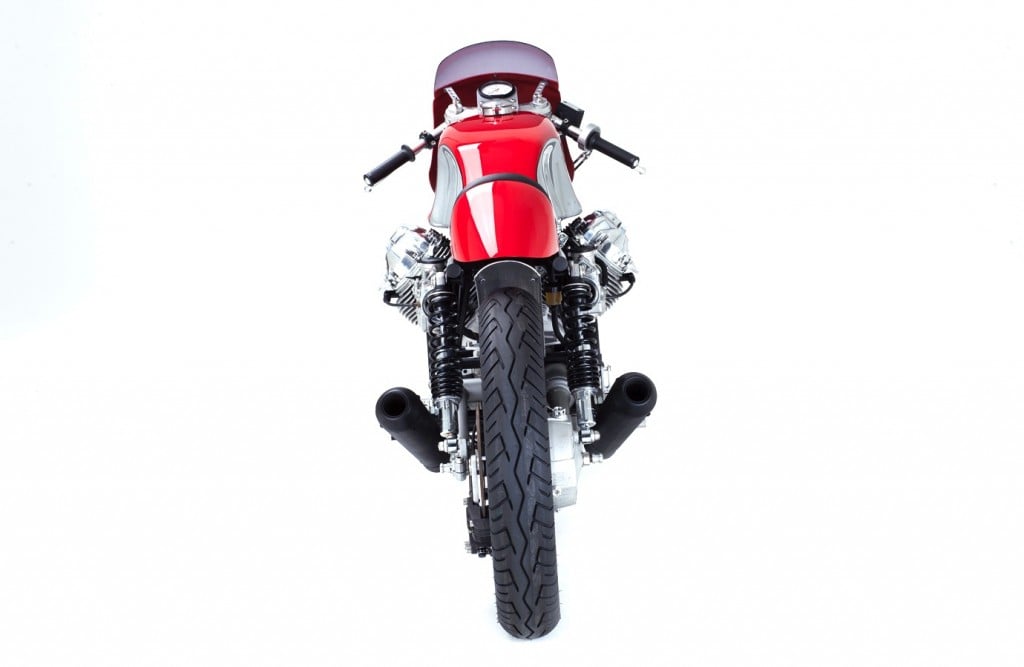 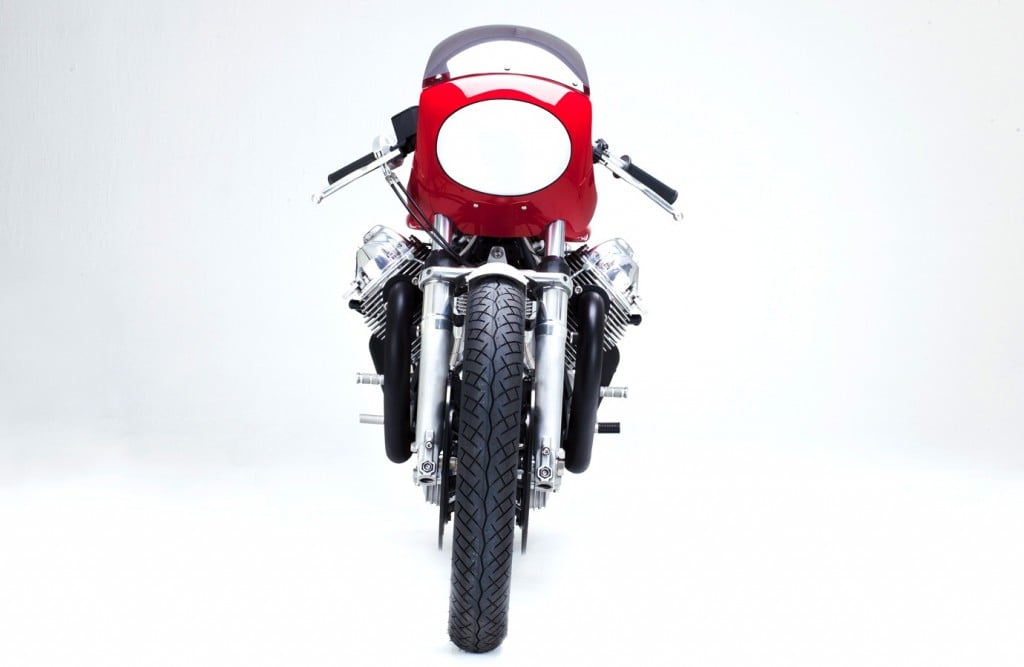 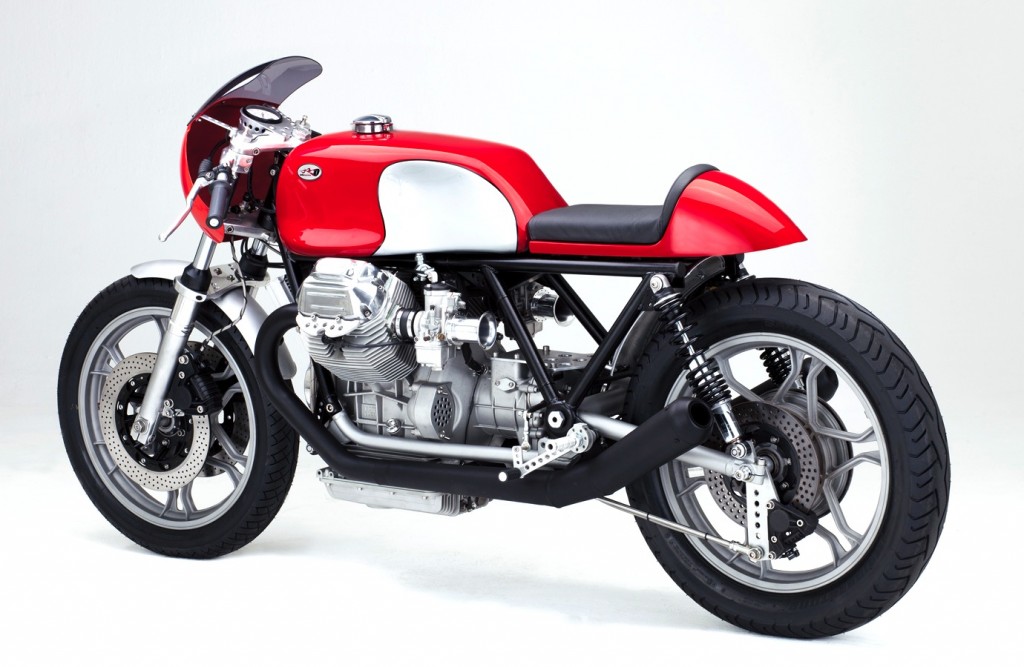 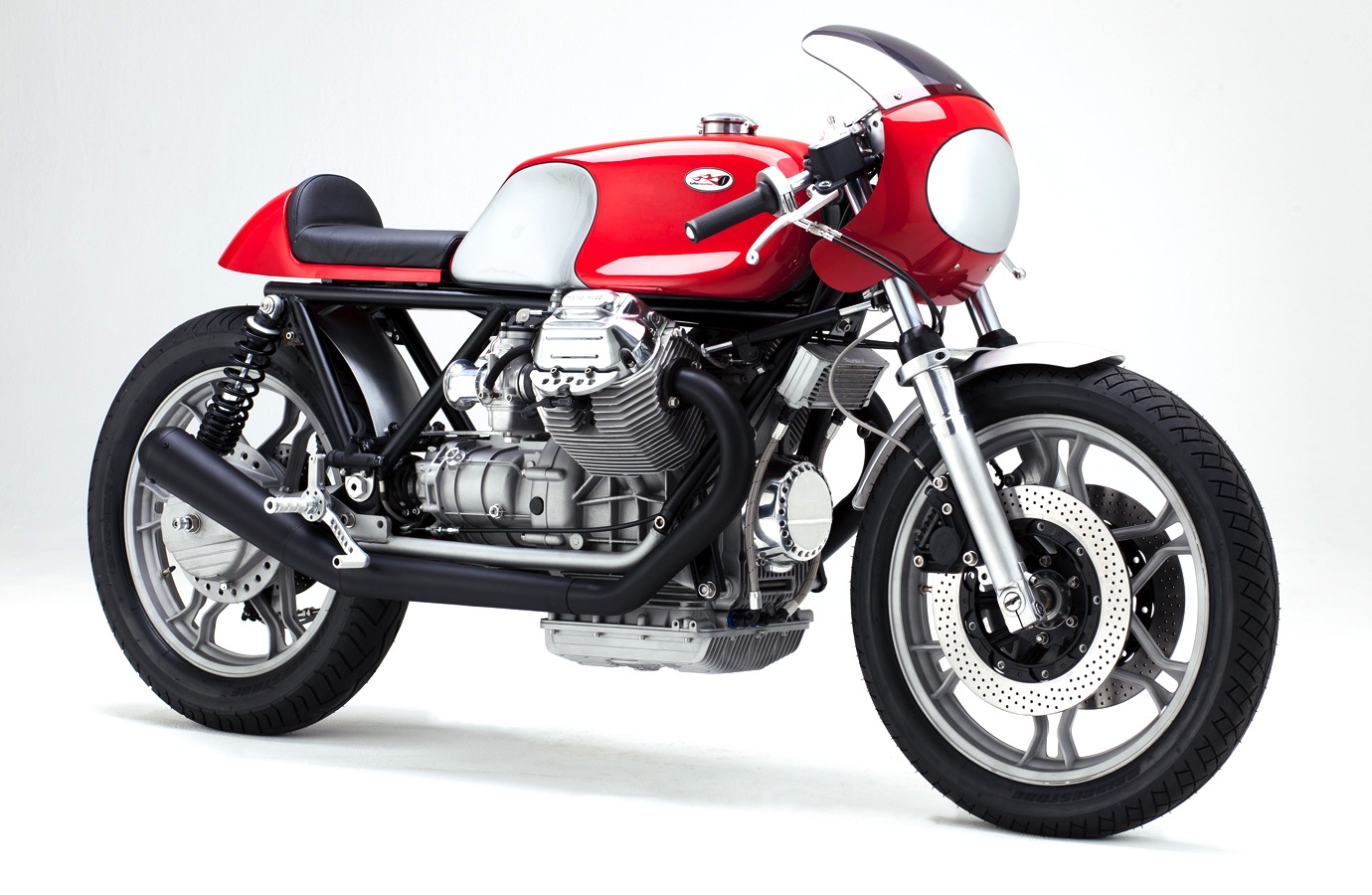