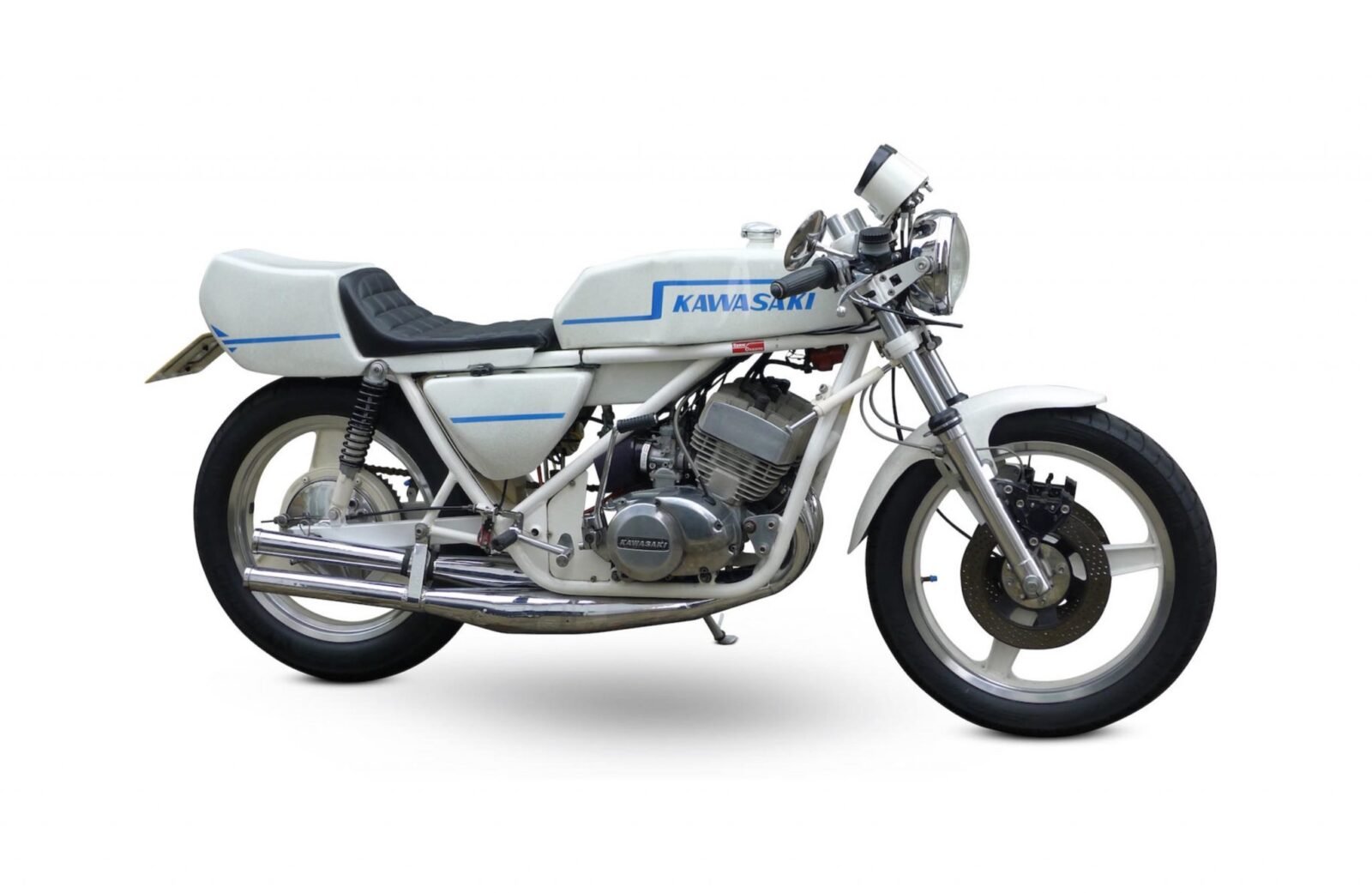 The motorcycle frames developed by Colin Seeley in the 1960s and onwards were so revolutionary that they had an enduring global impact on motorcycle engineering – an impact that continues to the current day. Colin grew up in a motorcycle family, his father owned a Vincent Rapide and they would both travel to the nearby race track Brands Hatch to watch the races.

Seeley started his working life as an apprentice at Harcourt Motorcycles, where he became acquainted with Bernie Ecclestone who ran a used motorcycle dealership nearby. Over the course of his young career he also worked as a mechanic at a driving school – where he tried driving a car for the first time. Colin spent much of his free time in his parents shed working on his own projects, and learning the fundamentals of motorcycle design and engineering.

He started racing in 1954, and over the course of his competition career he would race in endurance road events, off road enduro and scrambles races, and road-based sidecar racing – this latter form of motorsport would capture his heart, and it would be the one in which he would win the most accolades.

Upon retiring from competition at the end of the 1967 season, Seeley turned his attention to manufacturing frames and complete motorcycles for racing. Although he had no formal engineering training, he had an intuitive ability to bend and weld Reynolds 531 tubing into remarkably rigid frames.

One of the distinctive design elements of many of Seeley’s motorcycle frames is a diagonal down tube that directly connects the headstock to the swingarm pivot. This feature combined with excellent torsional rigidity allowed Seeley-frame motorcycles to win countless races and championships – in fact they’re still winning races today almost 50 years later.

The Seeley-Kawasaki H2A you see here was built in 1976, by which time Seeley had begun to develop frame for multi-cylinder engines rather than just British singles. This bike uses a 1973 Kawasaki H2A triple-cylinder two-stroke engine – the Kawasaki two-strokes of the era were nicknamed the “widowmakers” because of their narrow, punchy powerbands and flexible frames that were prone to speed wobble.

These inherent issues made the Kawasaki triple an ideal candidate for a Seeley-specification frame, suspension, and brakes. The new British/Japanese superbike is still a handful to ride on the limit – but it’s an order of magnitude more manageable than its Kawasaki-framed siblings.

If you’d like to read more about this bike or register to bid, you can click here to visit Bonhams. 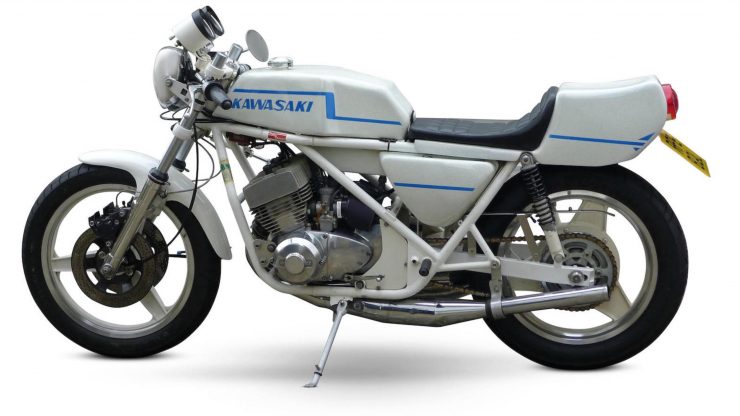 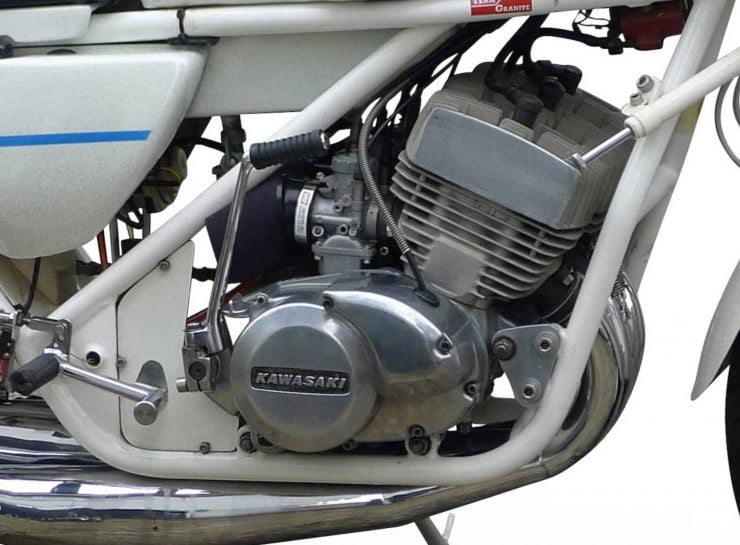 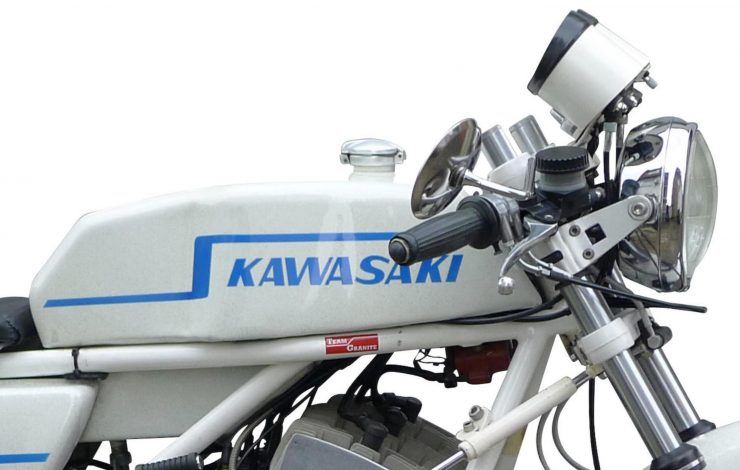 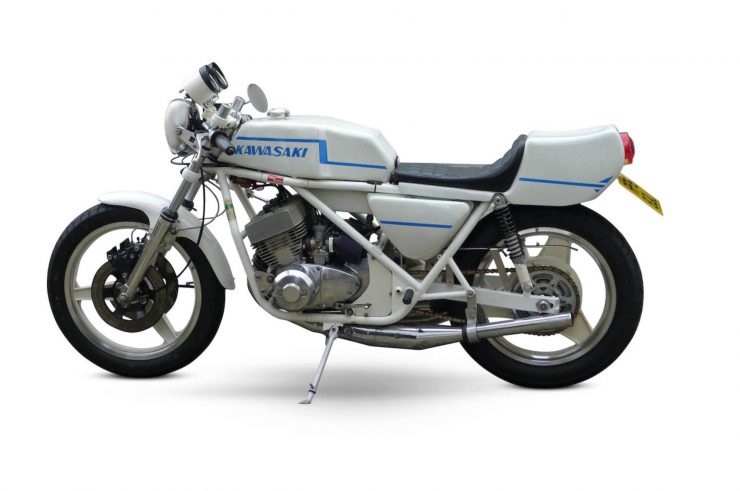 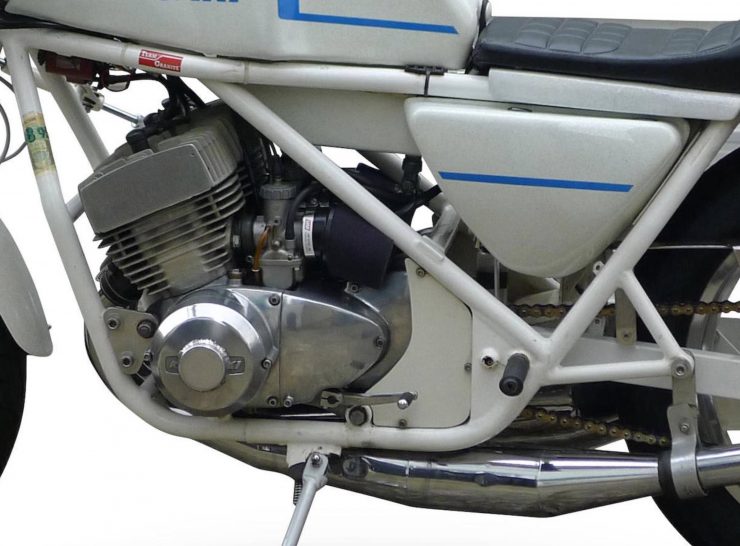 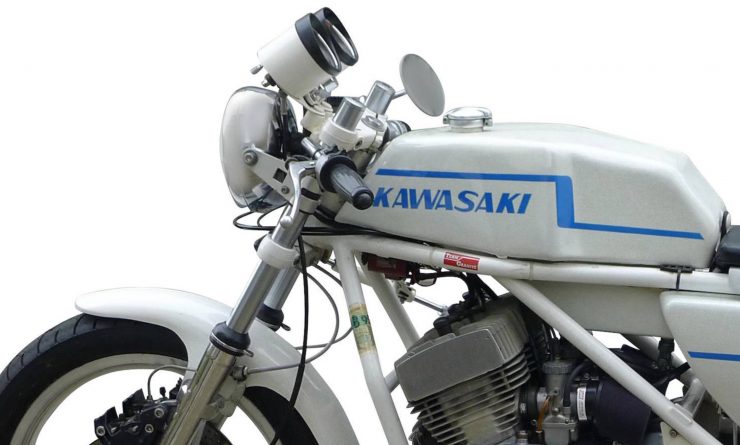 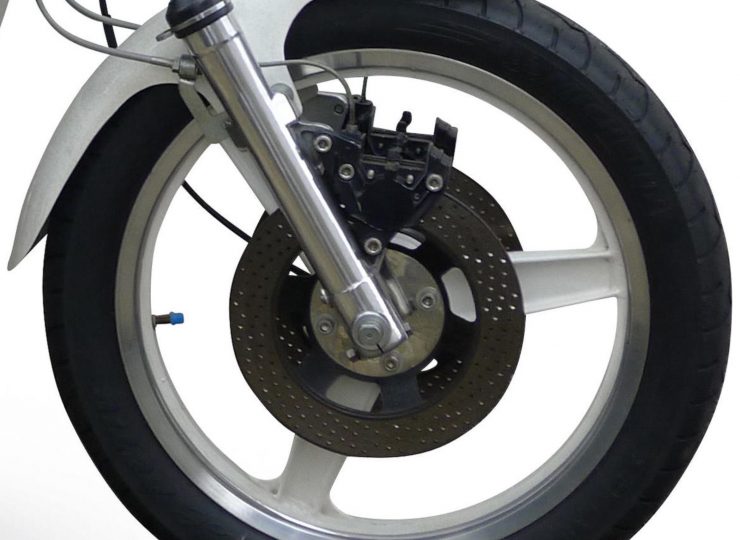 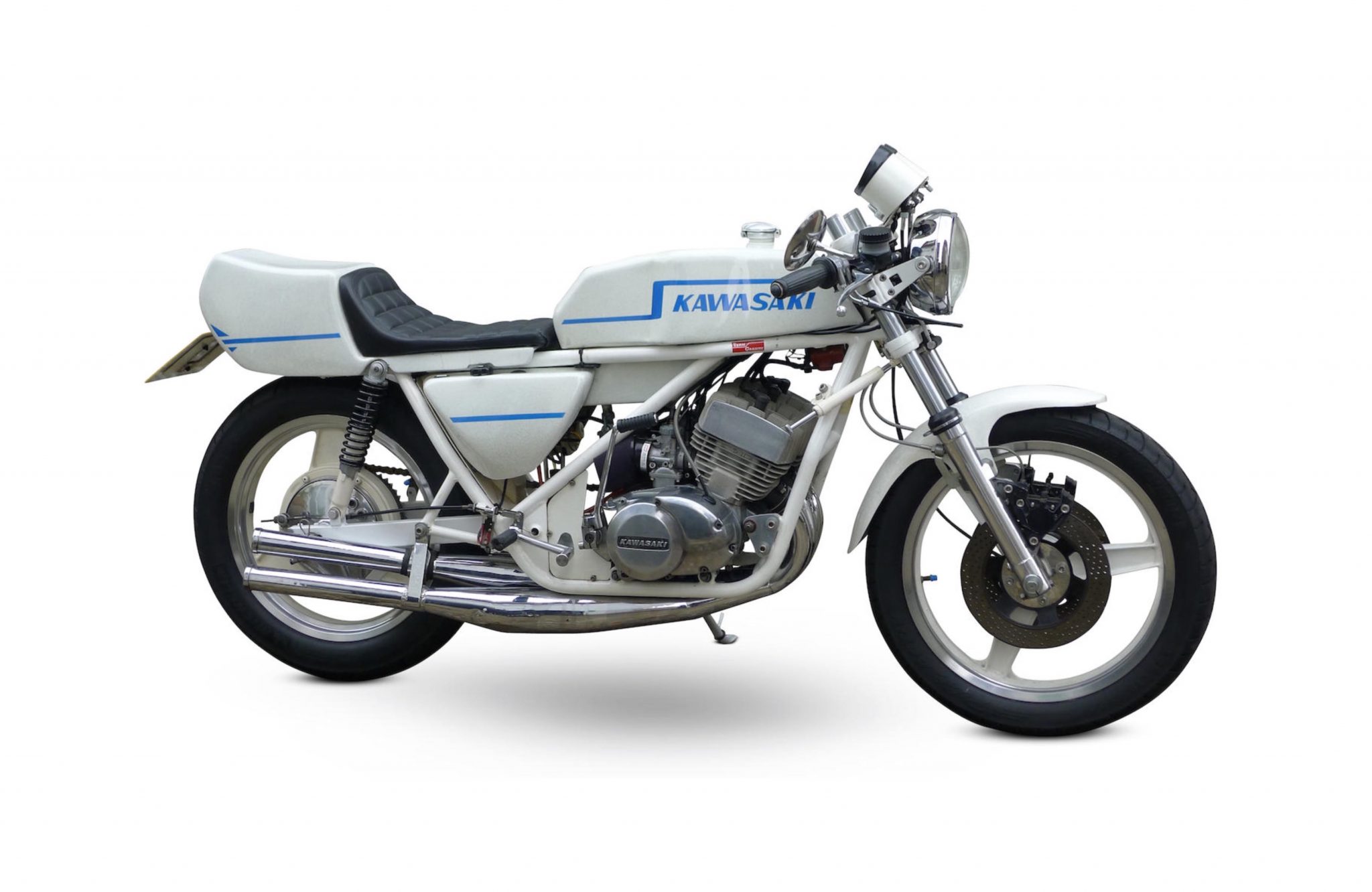