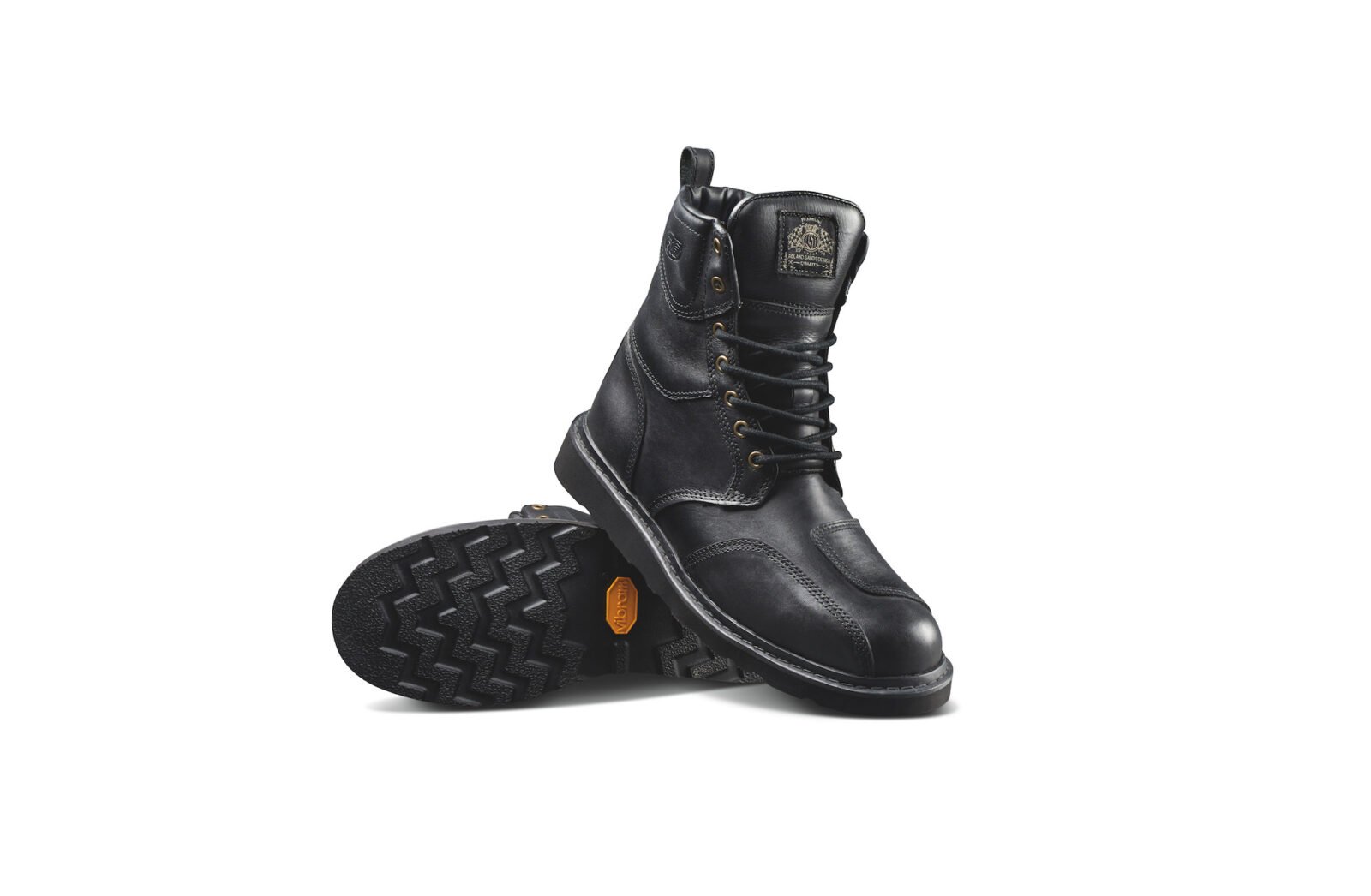 The Roland Sands Mojave Boot is one of the better new additions to the retro motorcycle boot genre. For rider protection the Mojave has a moulded and reinforced protective heel cup, a molded ankle protector insert, a molded protective toe box insert, a side mid-foot protective insert, and a reinforced shank.

The upper is 100% genuine cowhide with a Hipora™ waterproof lining, and the sole is a Vibram™ durable hi-grip, which is oil and chemical resistant. There is a double layer protective shift pad on each foot, a gusseted, padded tongue, and a 3M™ reflective hi-visibility heel. 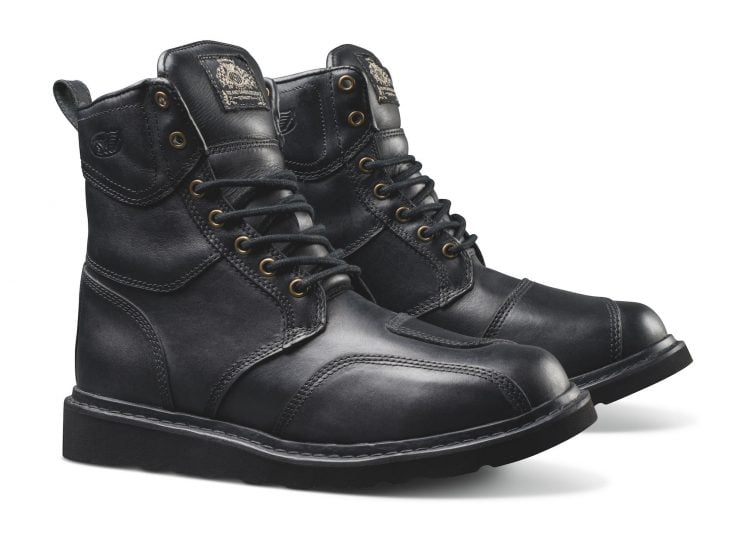 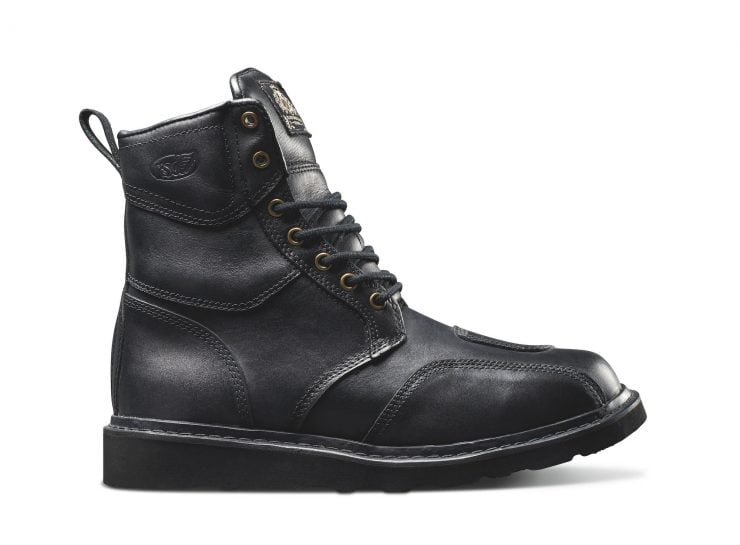